I was pumping gas for a living in 1986, a job that enabled me to do more than my fair share of car watching. Thus, it saddens me a little to compile this list of forgotten rides.

I’m shedding no tears for the Isuzu i-Mark, which, though largely inoffensive, never meant much to anyone. But the Audi Coupe GT? How is it that such a cool ride has slipped into the ether of automotive history with so little fanfare?

And the Isuzu Impulse? It looked great, was quick in turbocharged form, was rear-wheel drive, and boasted a fairly sophisticated suspension for its class.

If you can think of another 1986-ish ride that time has forgotten, tell us what it is. The place for your comments is just below the last vehicle. 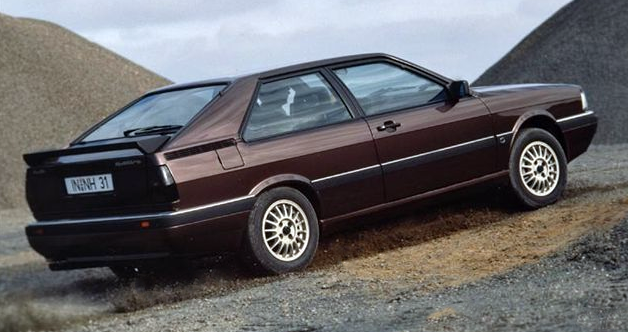 Heralded by Consumer Guide editors for its best-in-class steering, the Audi Coupe GT combined European cachet, sleek and modern design, and reasonable-for-the-class prices. Yet, despite all that was going for it, the GT never caught on with American luxury-car shoppers.

The GT’s pedigree was solid–it shared its styling with the famed and highly successful Audi Quattro rally car, and its basic architecture with the popular and sporty 4000 sedan. But, sales were elusive.

The Coupe GT came only with a 2.2-liter 5-cylinder engine for 1986, which mated to either 5-speed manual or 3-speed automatic transmission. At about $16,000, the GT was kind of a bargain compared to other small and midsize European rides–including the 4-cylinder BMW 318i, which listed about $2000 higher when comparably equipped.

Look around today, and you’ll have little trouble locating a mid-Eighties BMW 3-Series, but a Coupe GT? They were rare to start with, and few seem to have survived.

This really happened, and it is really strange. Chrysler essentially took a Plymouth Reliant, stretched it 32 inches, and called it a limousine. Limousine, by the way, is this vehicle’s actual model name.

A regular-consumer version of the Limousine, dubbed Executive, was available through 1985. The Executive featured a different vinyl-roof treatment than the Limousine, and came without the Limo’s two single-passenger jump seats, lowering the passenger capacity from seven to five.

Ultimately, the Limousine was far too narrow to be taken seriously as a livery vehicle, and fleet customers avoided the vehicle entirely. Only 138 Limousines were built in 1986, which explains why you never see them.

In the United States, the i-Mark might be least well known in its original-brand form. These Isuzu-built compacts were better known to most American consumers as the Chevrolet Spectrum, and to Canadians as the Pontiac Sunburst.

The i-Mark was something of a chameleon–it was also seen at different times and in different places as the Chevrolet Gemini, Geo Spectrum, and Holden Gemini. What this car wasn’t known as, at least in the U.S., was popular.

Though roomy and affordable, the likable i-Mark couldn’t keep pace with the likes of the Ford Escort, Honda Civic, and Toyota Corolla—which is why you are unlikely to see one ever again.

The Semi-Premium American Compacts of 1992

At first blush, the Isuzu Impulse had a lot going for it. Italian designer Giorgetto Giugiaro penned its fresh look. Power came from a modern, intercooled and turbocharged engine, and unlike most compact coupes, it was rear-wheel drive and boasted a double-wishbone front suspension.

Alas, buyers for this unusual Isuzu didn’t really materialize. Blame a non-turbocharged base engine that Consumer Guide referred to, with uncharacteristic cheek, as the “torqueless wonder.” Also blame the noisy cabin, cheap plastic interior trim, and high prices. Indeed, the Impulse’s base price was fully $3000 higher than that of the Toyota Corolla Sport in topline GT-S trim. 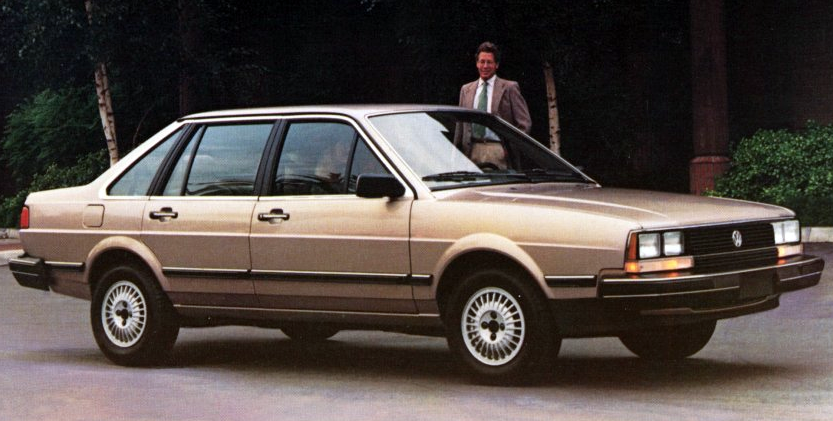 By 1986, Volkswagen had largely given up trying to sell a midsize car in the United States. VW pared down the Quantum lineup dramatically for ’86, killing the available wagon, diesel engine, and base 4-cylinder engine, as well as reducing the number of available colors and options.

Based on Audi’s popular 4000, the Quantum should have sold better. It’s possible that Americans just weren’t ready yet for a $15,000 Volkswagen—even it if really was a bargain-priced Audi.

Quantum’s only engine for 1986 was a 2.2-liter 5-cylinder unit–an odd choice for a market rather attached to buying cars with an even number of pistons under the hood.