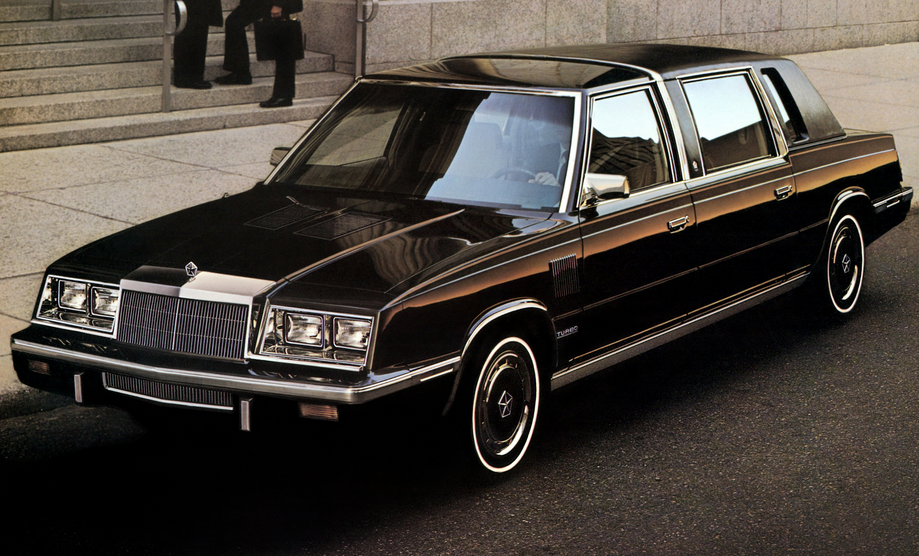 Now 90 years old, Chrysler is an automotive marque of the classic sort, with a past rich in history and storied product offerings. Ask someone to randomly name a few Chrysler vehicles, and you’re likely to hear model names including Imperial, New Yorker, LeBaron, and maybe Cordoba.

But like any other car brand of long standing, Chrysler has cranked out a few forgettable rides along the way. Here we’ve collected five such mostly forgotten Chrysler products. It’s worth noting that four of the cars listed below were little more than “badge-engineered” clones of other vehicles already being sold elsewhere.

If you’ve spent time with one of these less-than-memorable Chryslers, tell us about it. We’re sure they were at least decent cars, they just failed to leave a lasting impression. 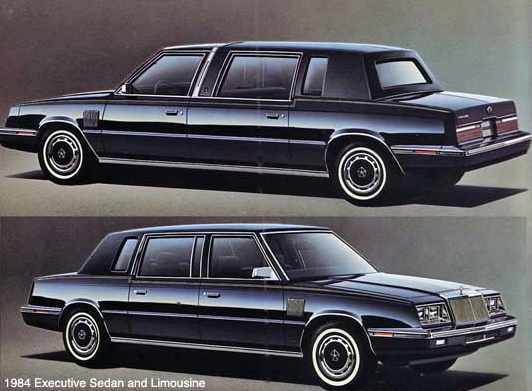 It’s been said that many automotive vanity projects see production because brass at the company want something special to drive—or be driven in—themselves. No doubt tired of being ferried about in a black minivan, then-Chrysler Corporation CEO Lee Iacocca green-lighted this exercise to see (literally) how far the company could stretch a K-Car.

Literally a elongated Chrysler LeBaron, the Executive Limousine rode on a wheelbase 31 inches longer than that car, though was no wider. A junior version of the Limousine, dubbed simply Executive, rode on slightly more modest wheelbase, and came without the Limo’s center cabin divider or jump seats.

Production of the Executive and Executive Limousine was understandably modest, with the larger car racking up a little over 1500 sales, while the shorter car logged just over 200 buyers.

Looking for a sporty coupe to augment a showroom portfolio otherwise packed with boxy and more “mature” offerings, the Chrysler brand reached out to Dodge for a version of that brand’s popular Daytona enthusiast ride.

Lacking the Dodge’s concealed headlamps, but boasting a more nicely finished cabin, the Laser sold well enough, racking up almost 150,000 sales over its three-model-year run. Laser was dropped after 1986 to make space for the Mitsubishi-sourced Conquest. 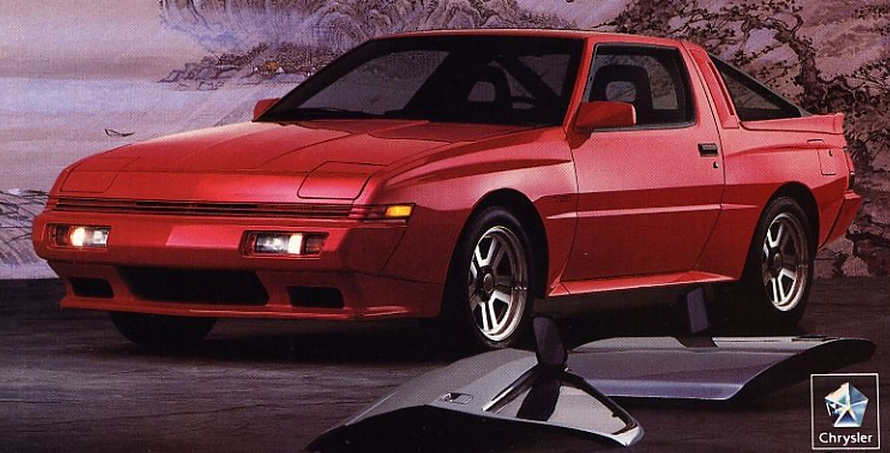 Perhaps thinking that the Dodge-based Laser was a little lowbrow for the Chrysler brand, product planners reached out to Mitsubishi for a retrimmed version of their higher-end sporty coupe. Thus, the Conquest was born.

An enthusiast favorite, the Conquest could be had with an optional ($2757) Intercooler Package that included a 31-horsepower bump to 176, a limited-slip rear axle, antilock brakes, larger wheels, a more aggressive wheel-and-tire package, and a number of convenience items.

Conquest sold poorly however, likely dogged by its price. A topline version of the 1986 Laser listed for about $13,000 including the available turbocharged engine, while a well-equipped Conquest nudged $20,000. 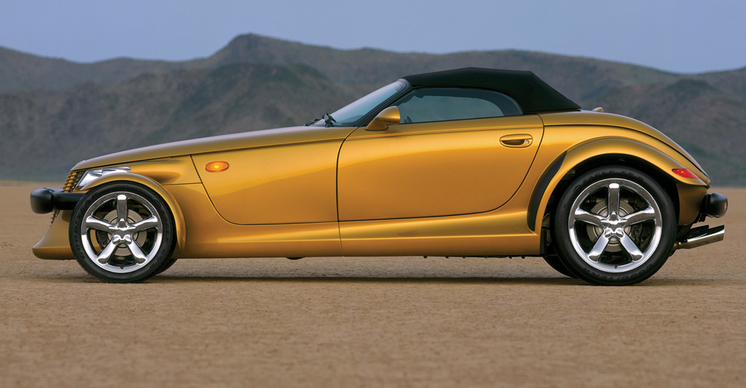 For the most part, any car that Plymouth sold, Chrysler sold a version of. With the exception of two vehicles, this was the case when the Plymouth brand was decommissioned after the 2000 model year.

One car Chrysler didn’t sell a version of was the Neon, which was fine, as Dodge sold a version of the compact sedan. The other, however, was the Prowler, a Plymouth-brand exclusive.

The Prowler didn’t last long as a Chrysler, however, as sales were modest. Over two years only 3170 Chrysler Prowlers were sold. By comparison, 8532 Prowlers were retailed as Plymouths during the car’s three-year model run with that brand. 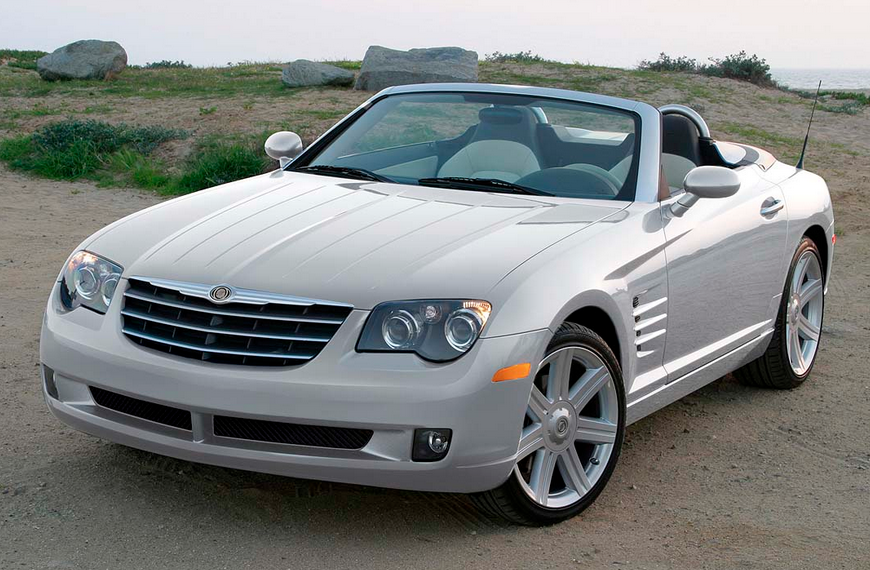 If the Conquest proved to be too pricey for Chrysler shoppers, why would brand executives turn to Mercedes-Benz for their next small sporty coupe? We’re glad you asked. At the time, Chrysler was partnered with the German maker as part of the doomed DaimlerChrysler alliance. Reskinning an existing car was simply at matter of convenience.

Identical under the sheet metal to the German maker’s SLK roadster, the Crossfire was offered in coupe and convertible form, and was predictably powered by Mercedes engines. Base cars came with a normally aspirated 3.2-liter V6, while the high-performance SRT6 model was powered by a supercharged version of that same mill.

After robust 2004 and 2005 model-year sales, buyer interest declined quickly. Fewer than 1800 Crossfires found homes in 2008, the car’s final year of production. Rare, and quite possibly collectible is the SRT6 Roadster. All told, exactly 1500 such Crossfires were built—about 200 of which were right-hand-drive units for sale in England and Australia.