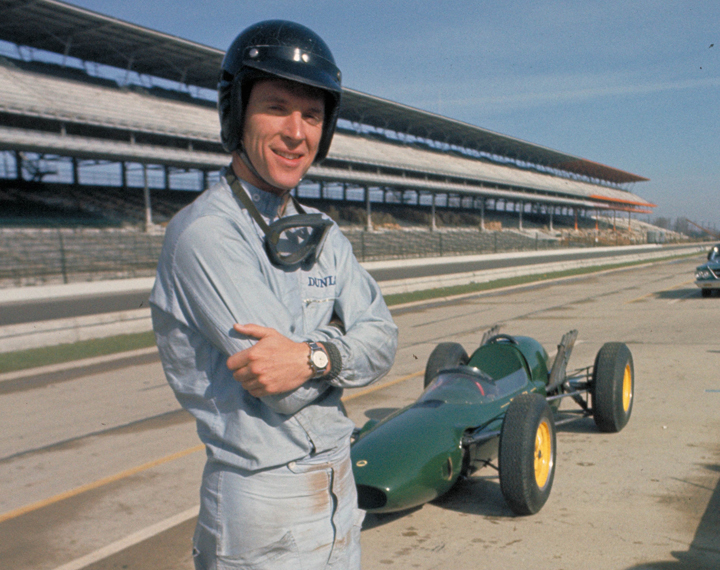 Dan Gurney and the Lotus 29.

The year 1963 was an exceptionally good one as far as car debuts go. John Biel has already looked at the Porsche 911 and Jeep Wagoneer, and of course there was the Buick Riviera and the original Corvette Sting Ray.

Dan Gurney and the Lotus 29

There was also another interesting debut, especially if you’re the type of person who focuses attention to Indianapolis as the calendar turns to May. It’s been 50 years since the Lotus 29—commonly known as the Lotus-Ford—took the “Brickyard” by storm.

American racer Dan Gurney convinced British racecar builder Colin Chapman to build a Lotus racer specifically for Indianapolis, and the pair talked Ford into supplying engines for the effort. The Indy-bound Lotus 29 followed the design concepts of the successful Lotus 25 Formula 1 car, though it was longer, taller, and wider. The Indy Lotus used an offset suspension system that mounted the tub closer to the left wheels than the rights to help the car get around Indy’s banked left-hand turns.

The engine was an all-aluminum 256-cubic-inch version of the Ford Fairlane’s “small-block” V8. It was naturally aspirated, used four Weber carbs, and was good for an estimated 375 horsepower on gasoline. The turbocharged 4-cylinder Offenhauser engines that most competitors used at Indy put out about 450 horsepower and ran on methanol. The Ford V8’s power deficit was made up through the Lotus 29’s lower weight and quicker corner speeds.

While Parnelli Jones won the 1963 Indy 500 in one of the long-dominant Offenhauser-powered Watson roadsters, Lotus-Ford driver Jim Clark finished second. Teammate Gurney finished seventh. Clark went on to win at Milwaukee in the Lotus 29’s second race. Indy-car racing would never be the same.

Gurney looks serious as he drives during the Indy test. 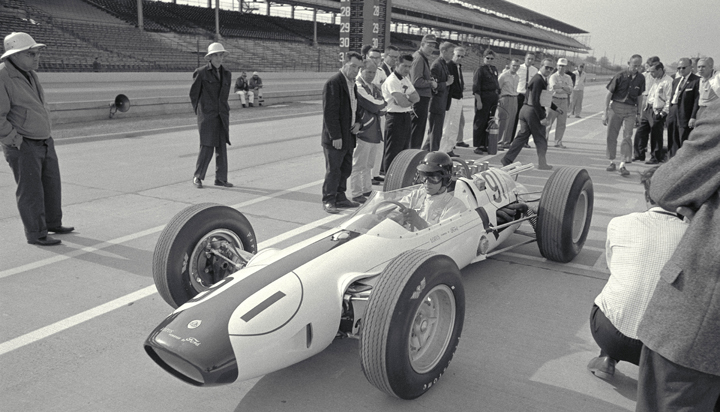 Gurney prepares to leave the pits during practice for the race. Note how the car’s wheels, exhaust, and engine cover have changed since the earlier practice session. The car weighed about 1,130 pounds and was nearly a quarter-ton lighter than a contemporary Watson roadster. 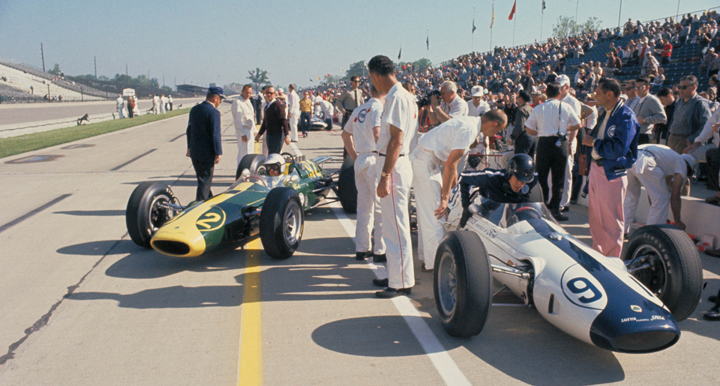 Gurney in the white-and-blue #91 and Jim Clark in the green-and-yellow #92 were Lotus-Ford teammates for the 1963 Indy 500. Clark finished the race in second, and Gurney brought his car home seventh. Clark later won the 1965 Indianapolis 500 in a Ford-powered Lotus 38.