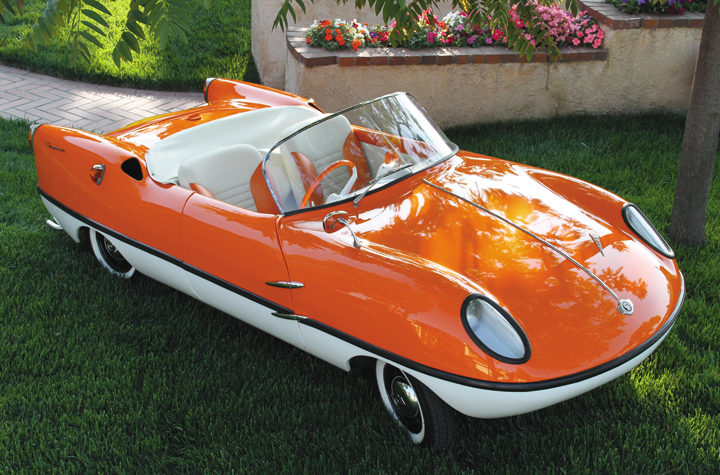 The Goggomobil’s strange history includes a farm implement manufacturer in Germany and a factory in Punchbowl, Australia.

Note: This article is reprinted from the February 2015 issue of Collectible Automobile

It was an unlikely chain of events: A farm-implement company in Dingolfing, Germany, making possible a sports car produced in Punchbowl, Australia. Yet, that’s the odd parentage of the Goggomobil Dart.

In Germany’s devastated postwar economy, sales of the Glas sowing machine were few, but there was a need for inexpensive transportation. Glas began building scooters and then, in 1955, the Goggomobil microcar. The Goggomobil competed with cars like the BMW Isetta, and was popular for a time. Then it faced stiff competition when the BMC Mini and other modern small cars entered the market in the early Sixties. Glas added larger models, but by 1966 the company was in financial trouble. BMW, which needed more production capacity, purchased Glas for its factory space. The last Glas car was built in 1968. 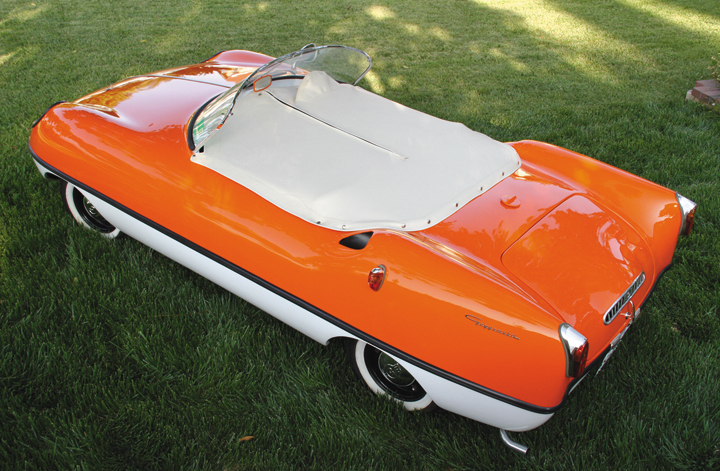 The Goggomobil Dart was assembled in Australian to avoid import taxes.

Meanwhile, in the late Fifties, an Australian car importer was looking for an economy vehicle to add to his line. Bill Buckle signed an agreement to import Goggomobil components. The “Goggo” was built on a steel platform chassis with a 71-inch wheelbase and had independent suspension at both ends. Steering was by rack and pinion—as was popular on sports cars. Not so sporty was the tiny two-cylinder, two-stroke engine mounted in the rear of the car. The Australian Goggomobils (with locally built fiberglass bodies to reduce heavy import duties imposed on complete cars) were assembled at the Buckle Motors plant in the Sydney suburb of Punchbowl. 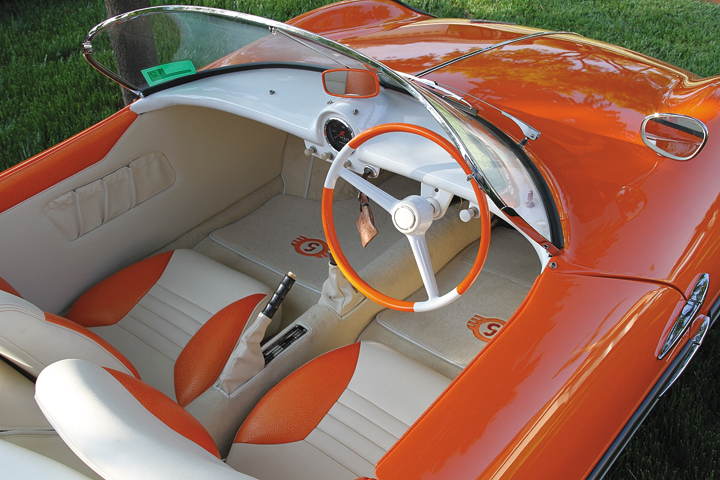 Buckle, who had previously built a handful of sports cars based on Ford mechanicals, now did the same with the Goggomobil platform. He designed a fiberglass roadster body that seems to have been influenced by the Lotus Eleven race car. The body was molded in upper and lower sections and joined in the middle with a rubber strip to hide the joint. Most lacked doors, although a driver’s-side door was available. A Renault Dauphine rear window was used for the windshield. Being a rear-engined car, the space under the “hood” was for cargo. Buckle named the car Dart. 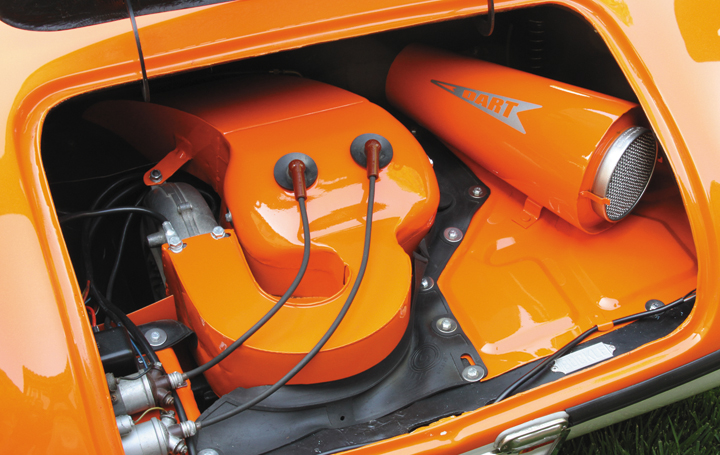 Two engine sizes were available: 293cc developing 15 bhp, and 393cc putting out 20 bhp. The Dart weighed only 840 pounds and was able to reach 65 mph with the larger engine. Fuel economy was said to be in the 40-45-mpg range, though some owners claimed as much as 60 mpg. A four-speed manual transmission helped make the most of the meager horsepower, and provided entertaining acceleration around town.

A tight turning radius and small size also made it fun to drive in town. Overall length was only 120 inches-—much smaller than the 153 inches of a 2015 Mazda Miata. In fact, its overall length was the same as the wheelbase of some full-sized American cars of the time. 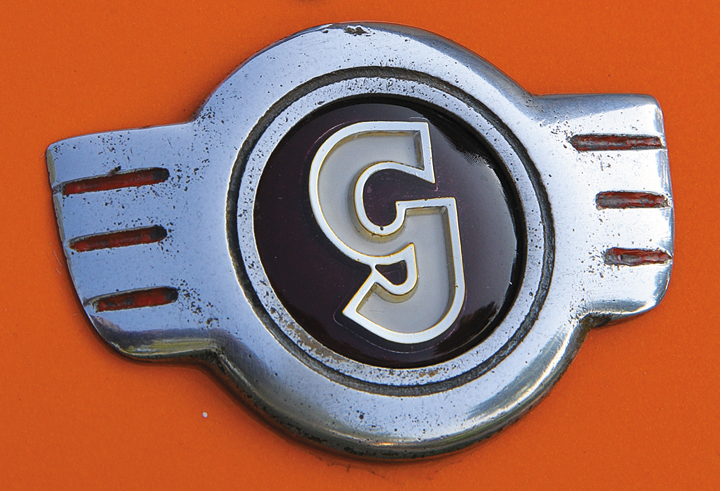 Parent company Glas produced Goggomobil vehicles between 1955 and 1966. The Australian-built Dart was built under license between 1957 and 1961.

Introduced in 1959, Buckle Motors couldn’t build enough Darts. Then, when the Mini reached Australia in 1961, sales plummeted. Buckle ended production that year. In all, 700 Darts were built; it’s estimated that 30 to 100 survive. The restored pearl-orange-and-white Dart seen here is owned by Greg and Kiki Hahs of Upland, California.