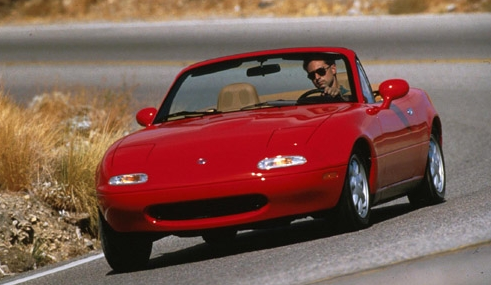 One of the stumbling blocks to justifying a joyriding car is the cost of licensing and insuring something you’re only going to drive occasionally. But both of those expenses can be greatly reduced by buying a “classic.”

In the eyes of many insurance companies and state licensing agencies, a car becomes a classic once it hits 25 years of age. To mark that occasion, they often give those cars extraordinary discounts; in fact, it usually costs a fraction as much to license and insure a 25-year-old car as it does a 24-year-old one.

With summer now in full swing throughout the country, we thought it an opportune time to renew our annual list of Newly Classic Convertibles. Note that this list does not cover all droptops offered for 1990; it only focuses on ones that weren’t available – at least in the same form – for 1989.

This is the “iffiest” member of the list, as the 1990 model really wasn’t much different than the ’89. What changed was that the car got a sleeker, body-colored nose, an available automatic transmission, and – perhaps most significantly – fuel injection. The last can prove troublesome to be sure, but when it works, it can greatly improve drivability. Your spouse may not see the appeal of this car, but Mrs. Robinson certainly would.

Reatta debuted for 1989 as a 2-seat coupe few people bought, so the following year, Buick decided to behead it – producing a convertible even fewer people bought. All came loaded with features and were powered by a 165-horsepower 3.8-liter V6 with 4-speed automatic. Some may have blanched at the ragtop’s $36,000 sticker, but that was less than half that of the least-expensive Mercedes SL. Rarity eventually works in your favor from a collectability standpoint, and one could argue that the ritzy Reatta convertible could conceivably go that direction. 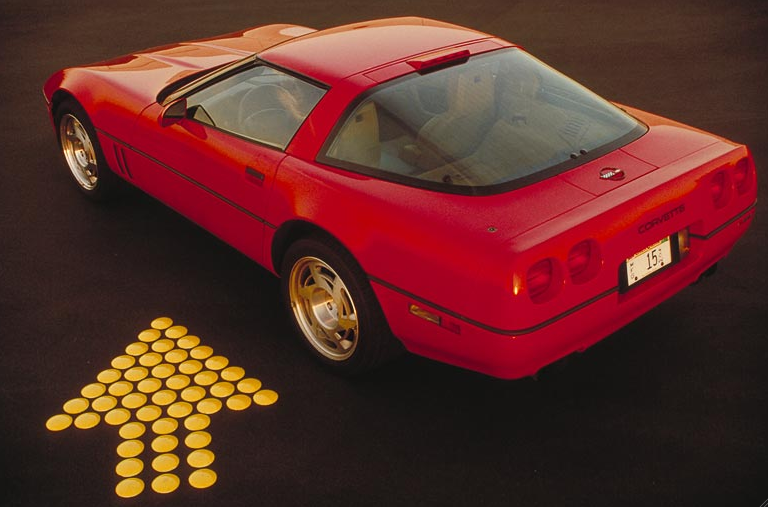 I could have called this post “5 and a Half Classic Convertibles,” as the ZR-1 wasn’t a true convertible. Rather, it had a lift-off top over the passenger compartment, which in most ways was just as good (not to mention safer) as having no top at all. Visually, it wasn’t that much different from a normal Corvette; it was discernible mostly from the back, as it had wider rear flanks ending in a convex (rather than concave) tail hosting squared taillamps and a red “ZR-1” badge. But underhood it was a different story. Whereas regular ‘Vettes had to make do with just 245 horsepower, the ZR-1 boasted 380 — an astronomical figure at the time — courtesy of Lotus-developed twin-cam heads. Shortly after I started here at Consumer Guide, I recall taking a friend for a ride in one. To show him how quickly all those horses could break out of the gate, I came to a complete stop in the middle of a quiet 2-lane highway … so as to not risk breaking any speed limits, don’tcha know. When he expressed concern that someone may come up behind us, I assured him that “We aren’t gonna be here that long,” let out the clutch, and nailed the gas. As the needle swept past 60 less than five wide-eyed seconds later, he no longer seemed concerned.

If ever there were a car that epitomized the “everyday classic” ideal, it’s the little roadster that Mazda created for the 1990 model year. At the time, it was heralded as a sensational rebirth of the classic British sports car; it wasn’t until years later that it also became recognized for being far more reliable than any classic British sports car could ever hope to be. A simple rear-drive layout and stout build have left numerous examples still on the road, so finding one in good shape isn’t the challenge you might expect. 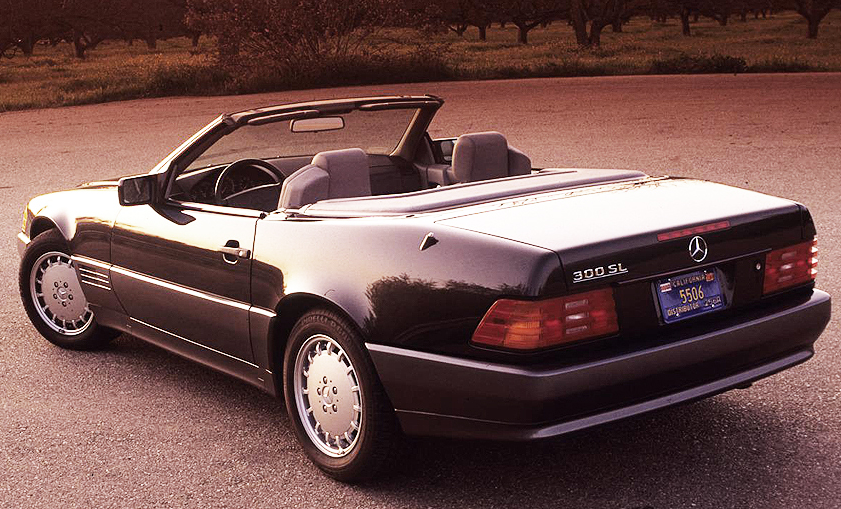 While some may think of the previous-generation SL — which hung around for 18 years — as being more “classic,” the redesigned version that arrived for 1990 (and hung around a good long time itself) added some valuable safety features, including a passenger-side airbag and “rollover bars” behind the seats that would pop up automatically if the car began to tip. The well-known 500 SL had a 322-horsepower 5.0-liter V8, but a little-known “entry level” 300 SL was offered with a 228-horse 3.0-liter inline six and a 5-speed manual transmission. 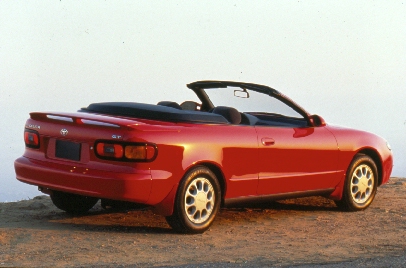 Celica convertibles were offered before, but the redesigned version that arrived for 1990 had a sleek new look and a standard driver-side airbag. Early examples were rear-wheel drive, but this generation and the prior one were front-drive — making them better suited to 4-season driving. Convertibles came with a 130-horsepower 2.2-liter four mated to either a 5-speed manual transmission or 4-speed automatic. Among contemporary convertibles, the little Celica was often overlooked, but its typical Toyota quality leaves it comparatively more common today than it was when new. 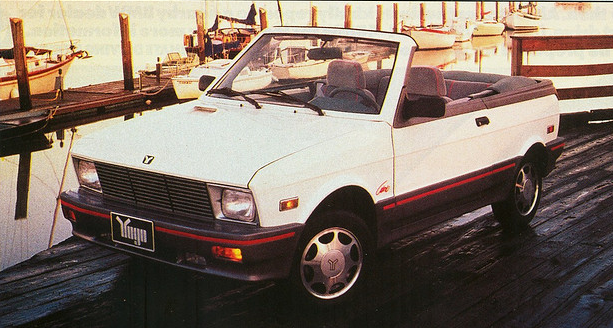 Yep; Yugo made a convertible. In the closing years of the car’s life (at least here in the states), the company decided to bolster the Yugo’s faltering image by replacing its 1.1-liter carbureted engine with a 1.3-liter fuel-injected one (actually, the EPA made that decision for them) and adding a convertible version that cost twice as much as the 2-door hatchback. If that sounds absurd, consider that the Cabrio’s $9000 sticker was $5000 below that of a Ford Mustang or VW Cabriolet, and $4000 south of a Pontiac Sunbird’s. Nevertheless, there were few takers, so the difficulty in finding one of these rare ragtops might be a blessing disguised as a challenge.