A Touch of Hollywood at the 2013 Chicago Auto Show 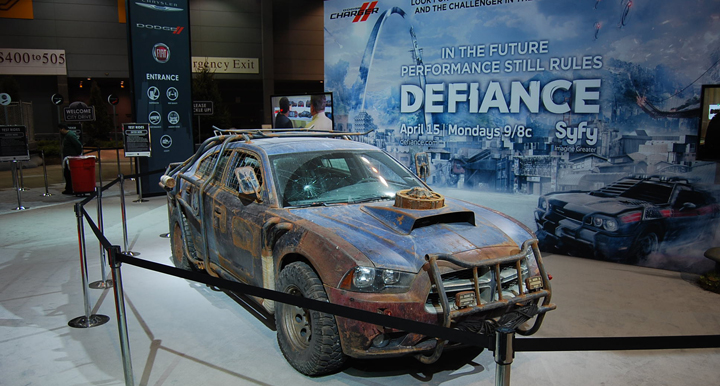 This post-apocalyptic 2013 Dodge Charger is one of the vehicular stars of the upcoming SyFy network TV show “Defiance.” The Dodge Challenger pictured on the banner will be featured in the corresponding video game.

The Chicago Auto Show is predominantly about new and upcoming production vehicles that can be bought at your local dealership, but the show also gets its fair share of concept vehicles, one-off custom cars, and TV and movie cars. Here are three Hollywood-inspired machines that we came across at this year’s show. . . . 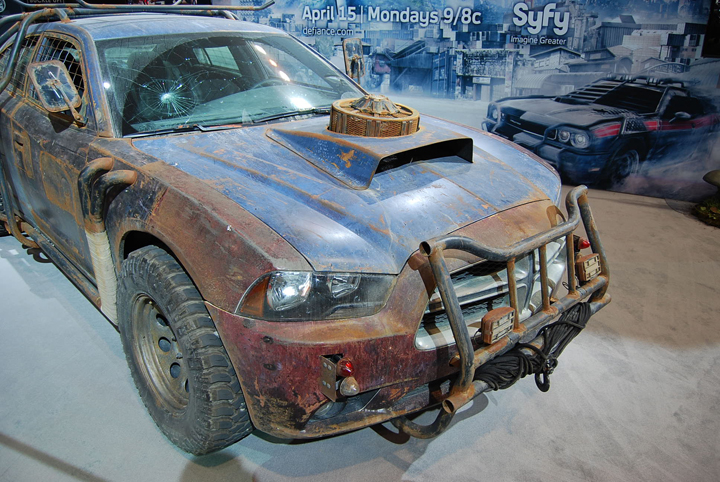 Off-road tires, auxiliary lights, a grille guard, fender-mounted “exhaust headers,” and a hood scoop with a futuristic “supercharger” toughen up the Charger’s already-aggressive looks. The weathered finish looks like it’s the product of 40 years’ worth of exposure to the elements, but it’s actually a vinyl wrap. 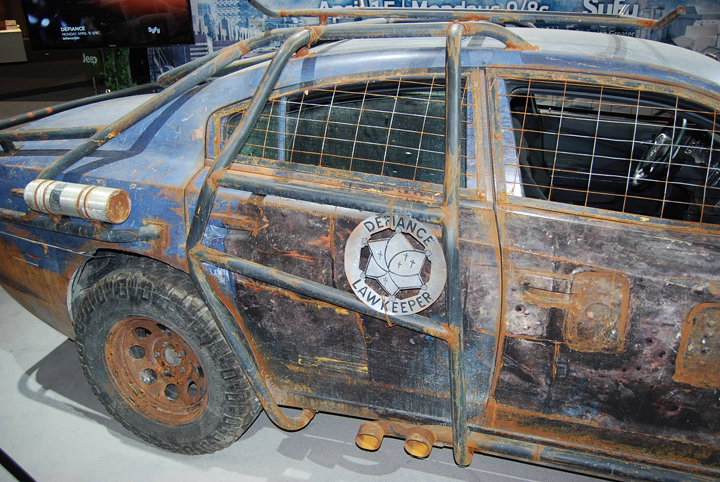 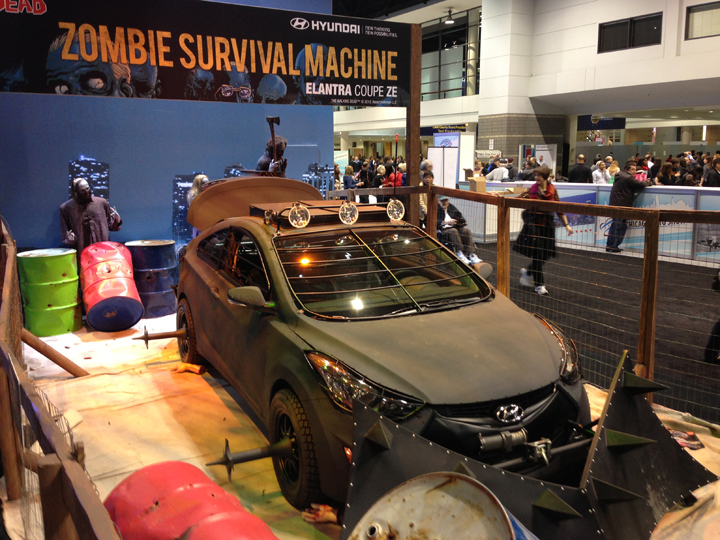 What is it with the post-apocalyptic vehicles these days? This Hyundai Elantra coupe ZE (Zombie Edition) show car is a macabre tie-in to “The Walking Dead,” a popular comic book series. Decked out with titanium wheel pikes, window armor, and a “herd plow,” this grisly machine was first shown at the 2012 San Diego Comic-Con. 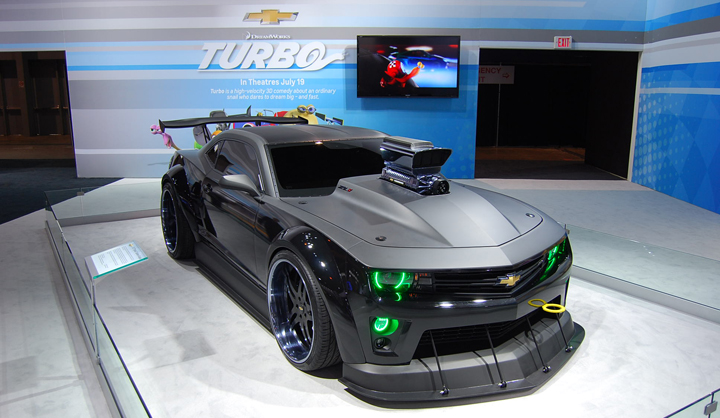 This wildly customized Chevrolet Camaro ZL1 was created for this summer’s “Turbo,” a Dreamworks computer-animated movie about a garden snail with dreams of winning the Indy 500. Oversized wheels, flares, spoilers, and a towering blower poking through the hood push this ponycar’s looks squarely into cartoon territory. It looks like a Jada diecast toy car in 1/1 scale, which should be just the ticket for the movie’s main demographic. Note the green headlights and parking lights; they’re LED halo rings that cycle through several colors.

The rear view shows off an exaggerated rear diffuser with oversize exhaust tips. Chevrolet claims the supercharged engine puts out more than 700 horsepower.