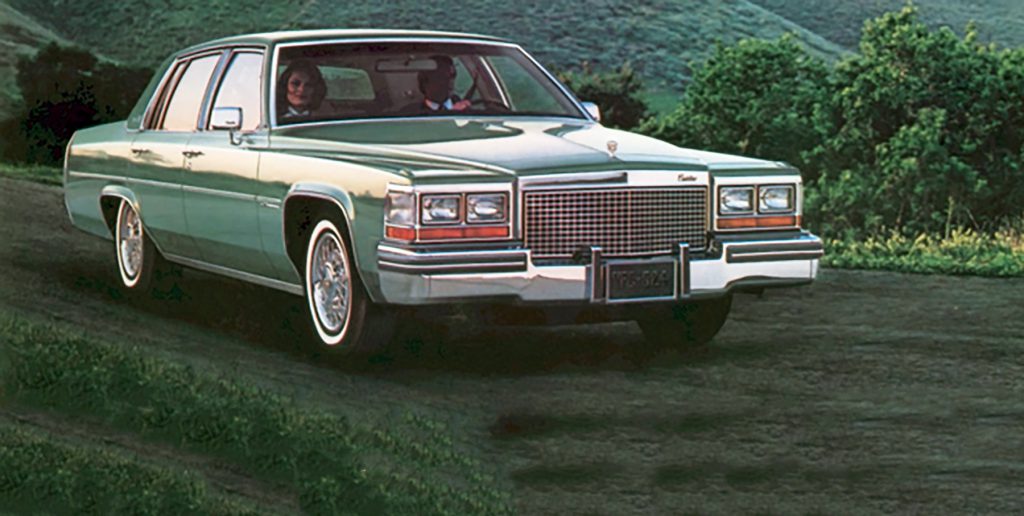 Desperate times call for desperate measures, and few periods in American automotive history were more desperate than the late 1970s and early ’80s.

Arriving just in time for a double-dip recession and an unprecedented spike in gas prices was the General Motors LC4 V6, a spin-off of Buick’s already ubiquitous 3.8-liter V6.

By this time, American shoppers had largely acquiesced to the then-brutal realities of automotive downsizing and emissions-related under-hood power shortages. Yet, while most drivers were content to accept the V6 as the new-era V8, there were still cars that screamed for something more than standard-engine fare—something, well, bigger.

Enter the LC4. While the Buick-sourced LD5 3.8-liter V6 was already the standard engine in almost half of everything General Motors was building at the time, the 4.1-liter LC4 would be cast in the special role of standard engine in the maker’s more upscale vehicles.

As such, the bigger engine—made bigger by increasing the bore of the 3.8—found a position as the standard mill in such near-luxury and luxury rides as the Buick Riviera and Oldsmobile Toronado. At 125 horsepower, that 4.1 represented a decent step up from the 100 horses the 3.8 was cranking out in most applications.

Underscoring just how desperate the times were, the 4.1-liter V6 also found a home at Cadillac, albeit under strange circumstances. In 1981, the 4.1-liter V6 was not actually the standard Cadillac engine, but a credit-delete option. This meant that if you ordered your Cadillac with the V6, you received a $150 discount on the car. Note that Seville, then sold standard with the 5.7-liter diesel engine, came with a $490 discount if you were to opt for the V6.

At 125 horsepower, the 4.1-liter engine did a decent job of standing at least gently above the standard-engine fray. It’s worth noting that one of GM’s shrunken V8s of the era, the Oldsmobile 4.3-liter V8, could muster but 100 horsepower in its least-impressive applications.

The LC4 had a decent run, seeing production through the end of the 1984 model year. By that time, the 3.8-liter V6 was being massaged for long-term duty. Becoming stronger and less in need of a big brother, it would soldier proudly on through 2009, seeing use in an astonishing 35 million cars. 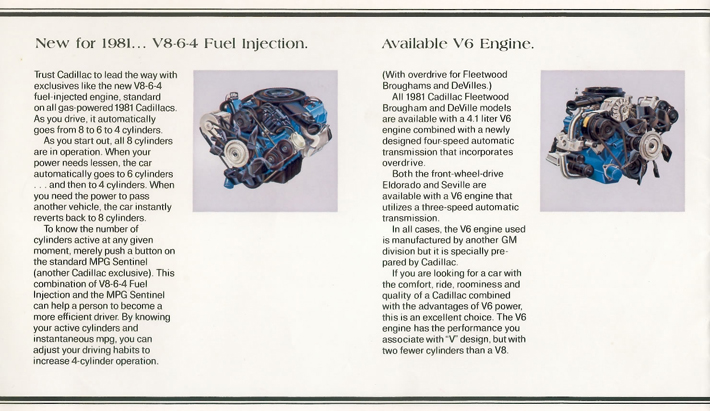