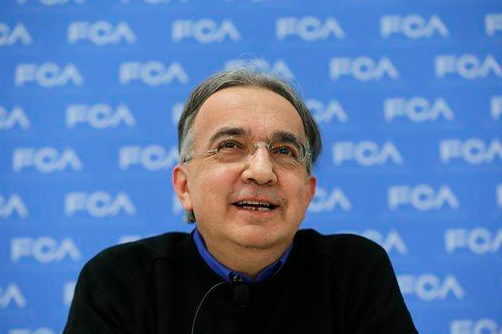 On the likelihood of an FCA merger with another automaker:

There are no talks going on right now, but if there were this would not be the forum in which to announce them. We are always looking at very specific and very targeted partnerships. This doesn’t have to happen under my watch, but it needs to happen–without bias, without CEO egos getting in the way.
Here’s why: if you look at the way capital markets are valuing auto stocks these days, we [automakers] are not rated highly. The rationale that supports that negative view must be a lack of trust in how we use capital.

While we went through a period in the Nineties of building unmanageable partnerships, I am convinced that the industry needs to move down the path of consolidation. We invest massive amounts of money in technology independently. There is a large amount of capital being spent by manufacturers that could be better spent elsewhere.

These are huge commitments. Spend a billion dollars on a new car and it doesn’t deliver, you’ve got trouble.

There is a change in the paradigm that runs this business. Future success is based on our ability to respond to this new paradigm.

On what falling oil prices mean for FCA:
Nothing. Absolutely nothing. What’s really driving the portfolio of American car producers is C02 emmissions. For every project we run, we measure C02 output, which is a healthy thing.

On reducing the C02 output of FCA vehicles:

The real question is whether people are going to buy the technology, which allows us to sell cleaner vehicles. We can make clean vehicles, even big trucks, but are buyers will to pay the price of making them green?

I am not minimizing the objective of reducing C02 emissions, and I fully support lowering output.

On production in Mexico:

We’re very close to arriving at some significant decisions regarding headcounts at those two plants.

On a production site for the next Jeep Wrangler:

We have not made a determination on a production site for Wrangler. We closed the year selling 1 million Jeeps. Over half of those Jeeps were made in Ohio. We’re going to take a very hard look at this.

On the elevated number of recalls in 2014:

Whatever costs are associated with a recall are eventually passed along to the consumer. Recalls are purely a financial issue. That doesn’t express the moral view; it’s just a statement of fact.

The question is whether we’ve gone too far when it comes to recalls. You’re going to find that initial reactions to a shift in paradigms are always exaggerated. The over-encompassing reaction to the airbag issue may have been overkill. It is my hope that the system will stabilize over the next 12-18 months, and this stabilized state will not include overreaction.

We fully stand behind that transmission as a technical solution to our needs. The problem is substantial, it is annoying, and I don’t like it.

A lot of these dealers are part of the Alfa network. They have 3 cars now. [Fiat/Alfa Romeo stores currently sell the Fiat 500 and 500L, and the Alfa Romeo 4C] The 500X arrives soon. Our biggest now goal is the expansion of Alfa.

On positioning Alfa Romeo as a direct competitor for BMW:

Also, our [Fiat’s] joint-venture with Mazda to build a small roadster will now yield a Fiat product, not an Alfa.

On the electrification of U.S.-market FCA products:

The minivan coming out of Windsor is an example of the electrification of our cars. Electrification is unstoppable. We’ll have more news soon.

I am not minimizing the impact of these things that offer alternatives to the driving experience. Still, distances here [in America] dictate a much more personal relationship between the car and its owners. I don’t think that that experience is in danger of being replaced any time soon.

We’re in execution mode. The plan we laid out is in motion. We’re looking at 5 million cars [globally]. There is no doubt the industry is viewing 2015 with optimism. The worst-case opinions promise at least stability.