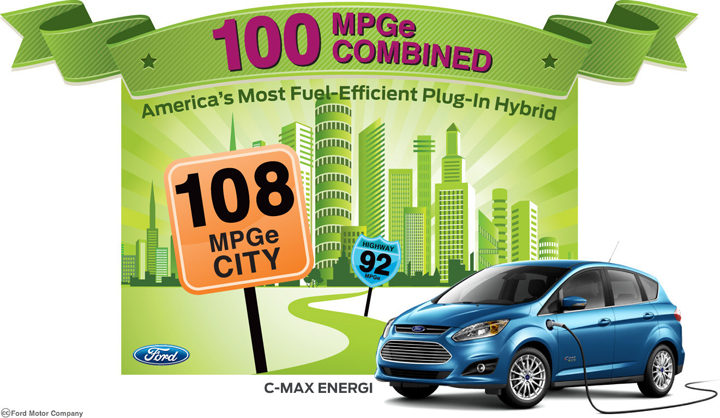 Following on the heels of the new-for-2013 Ford C-MAX Hybrid comes its plug-in brother, the C-MAX Energi. Moving from a traditional hybrid to the plug-in variety allows for a certain amount of electric-only driving, but the transformation both giveth and taketh away.

The key component in the Energi is—as might be expected—a bigger battery: 7.6 kWh versus just 1.4 for the Hybrid. That power allows the Energi to travel about 20 miles on a full charge using just electric power before the battery is depleted and the gas engine starts up to help power the vehicle. However, the electric-only travel needs to be done with fairly leisurely acceleration (keeping up with commuter traffic is about the max). Anything more will force the gas engine to kick on to help, as the electric motor isn’t powerful enough on its own. Ford claims the Energi can travel at speeds up to 85 mph on electric power, but you have to be patient in getting there.

Once the battery charge is depleted and the gas engine starts, the Energi gets the same EPA fuel economy as its Hybrid sibling: 47 city/47 highway. Yet the biggest number on the car’s EPA window sticker reads “100 MPGe.” Why? 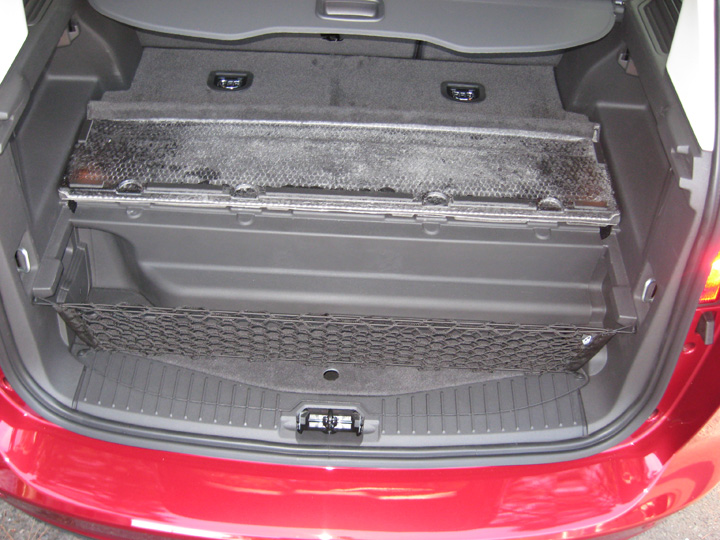 We’ll discuss MPGe in more detail in another post, but the short answer is that the e stands for “equivalent.” The rating is given to any vehicle that plugs into a power outlet to recharge a battery that can then drive the vehicle on just electric power. That means it’s applied to everything from pure-electric vehicles like the Nissan Leaf, to “extended-range electric vehicles” like the gas/electric Chevrolet Volt, to plug-in hybrids like the Energi.

While the all-electric Leaf is pretty easy to understand, cars such as the Volt and Energi take some explaining. The reason the Volt is classified differently is that for all practical purposes, the electric motor always drives the vehicle, regardless of whether the electricity it runs off of is provided by the battery or by the gas engine turning a generator. (At lofty highway speeds, the gas engine can drive the wheels directly, but that’s sort of a technical nuance that only serves to confuse the issue.) In the case of plug-in hybrids, however, the electric motor is only powerful enough to accelerate the car at part throttle, and is more often used to assist the gas engine as in a normal hybrid.

Though different in design, the Volt makes for a good comparison to the Energi, as does the only other popularly priced plug-in hybrid on the market, the appropriately named Toyota Prius Plug-In. Here’s how they stack up:

But another comparison can be made between the C-MAX Energi and its C-MAX Hybrid sibling, because there’s more at issue besides just the bigger battery.

First is cost. The Hybrid comes in SE and top-line SEL versions that start at $25,995 and $28,995, respectively. The Energi comes only in SEL trim at the aforementioned $29,995 after the federal tax credit. 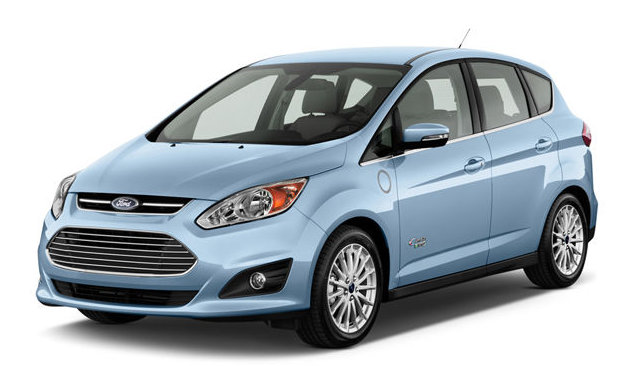 Since the Hybrid and the Energi are both rated at 47 mpg when running on gas, the only day-to-day cost advantage of the Energi is when it’s in its first 20 miles after a recharge. If that distance gets you through your daily commute—or at least, between charges—those miles will be traveled at about 4 cents per mile for electricity versus about 7 cents when either version is running on gas. (Figures based on EPA estimates.)

Of course, the Energi’s electric range also brings down the per-mile cost even if the trip is longer, though the savings are less dramatic. For instance, a 40-mile trip could be run half on electric power and half on gas, which would result in an average of 5.5 cents per mile.

Comparing the two versions of the C-MAX reveals some other pluses and minuses to each. One advantage of nearly all plug-in vehicles is that they have the capability of pre-heating or pre-cooling the interior. That’s because they have electric heating and air conditioning, which is needed for when the vehicle is running on just electric power. Using either reduces the electric-only range (heat by roughly 30 percent, air conditioning by roughly 15 percent), but it also allows that heat or air conditioning to be turned on while the vehicle is plugged in for charging. Many vehicles can be programmed to start heating or air conditioning the interior at a set time or by pressing a button on the remote. If the car is plugged in, it helps preserve the car’s electric-only range, as the heat isn’t generated by the car’s battery. But even if it’s not plugged in, you’d probably turn the heat on when you started driving, so turning it on in advance—and thus getting into a warm car—doesn’t cut the range much, if at all.

That’s one in favor of the Energi, but there’s one in favor of the Hybrid as well. The Energi’s larger battery pack sits on top of the floor that hides the Hybrid’s battery. And it’s not small. In fact, it’s about a foot high, is nearly two feet front to back, and stretches the width of the car between the wheelwells. As such, it essentially forms a tall shelf that divides the rear cargo area from the rear seat area. So although the rear seat backs fold down, it greatly decreases the size of cargo that can go all the way in to the front seat backs. What’s left in the rear of the vehicle—after you flip up a cargo cover—is a space that goes floor to ceiling and nearly wall to wall but is only about 8 inches front to back.

Some engineers at Ford are convinced that plug-in hybrids are the wave of at least the foreseeable future. They allow electric-only driving without the range anxiety associated with fully electric cars, making them more palatable to buyers as green transportation alternatives. The problem right now is mostly that the batteries take up too much space for the range they provide, but that will largely disappear as battery technology continues to improve.