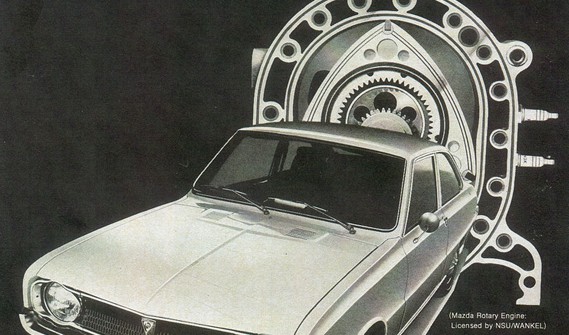 Mazda took considerable stock in the rotary engine’s ability to help sell small cars in America. It’s worth noting that not a single rotary-powered Mazda is currently available in the U.S. A 1970 R100 is pictured here, a rotary cutaway behind it.

Seems so long ago now, but it wasn’t really until the late Seventies that Japanese carmakers began making inroads with mainstream American buyers. Before that, the best from Datsun, Honda, Mazda, Subaru, and Toyota were regarded more as curiosities than as legitimate alternatives to Detroit iron.

Presented here are five ads from the period before American new-car shoppers began checking out the Japanese competition as a matter of course. 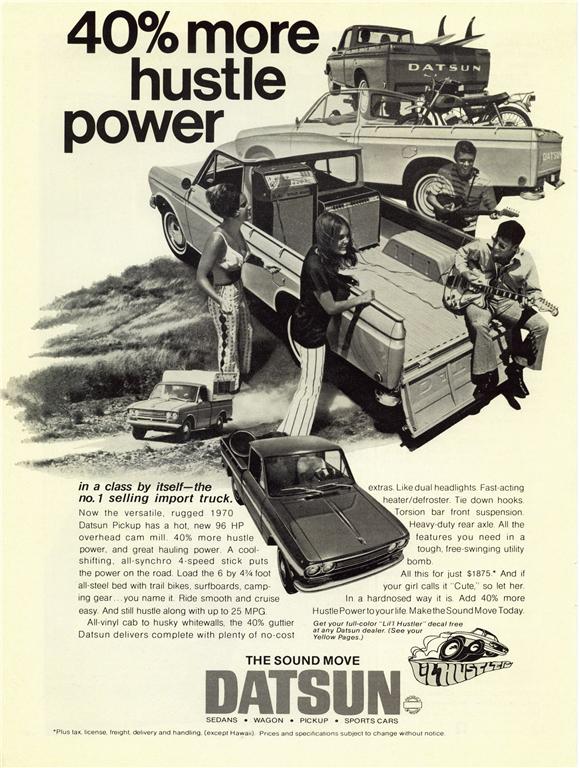 This 1970 pickup, and the “Li’l Hustler” decal were available at Datsun dealers. Only the decal was free, however, the truck started at $1875. 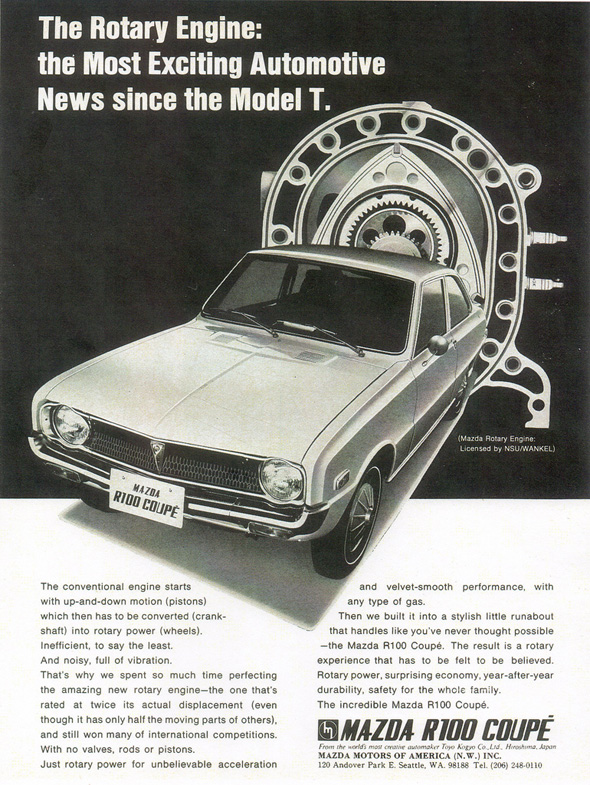 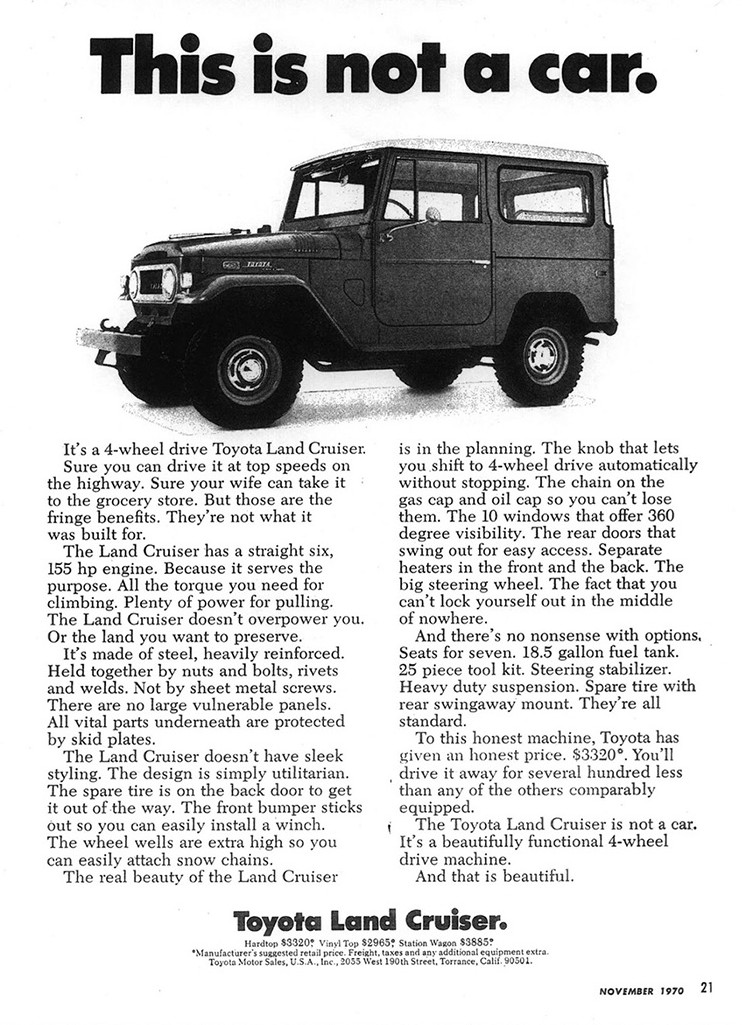 Jeep-like in profile, the Toyota Land Cruiser was not Jeep-like in price. This 1970 started at $3320, $390 more than a Jeep CJ-5, but included as standard 4WD, a hard top, 6-cylinder engine, 4-speed manual transmission, and automatic locking hubs. 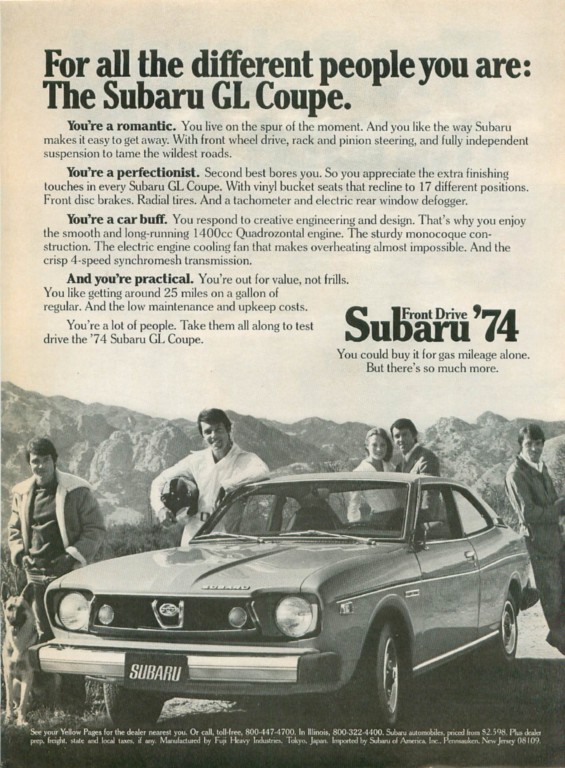 Apparently only a car buff could appreciate this Subaru’s “Quadrozontal” 1.4-liter engine. A 1974 GL coupe is shown here. 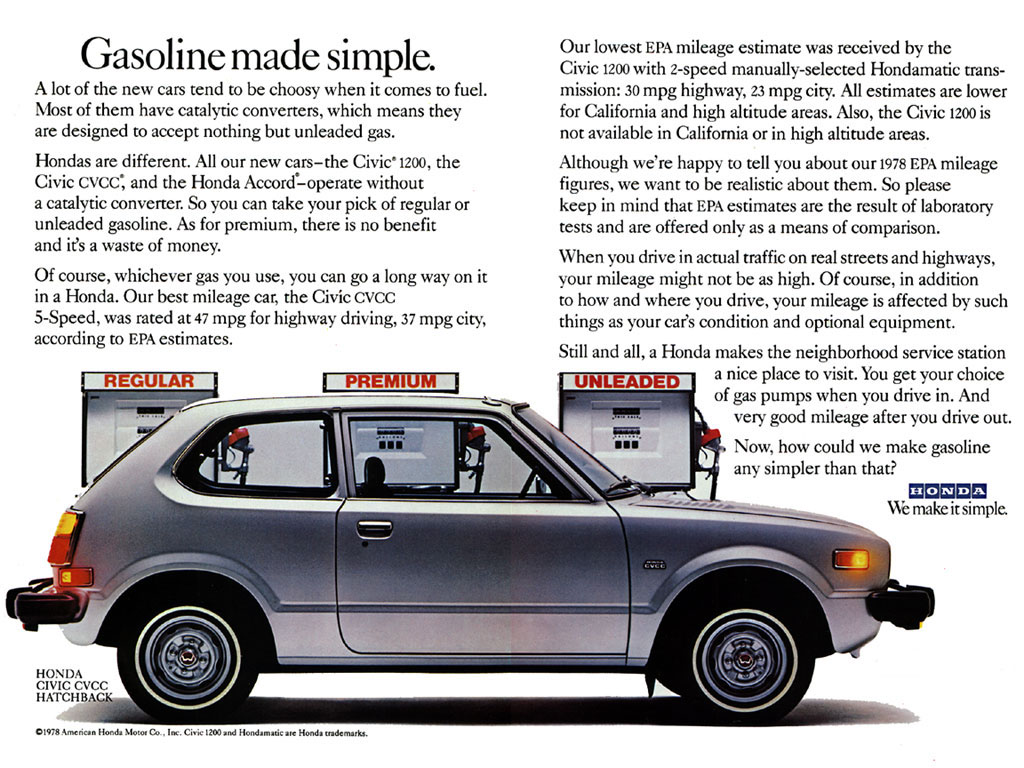 By 1978 Honda had emerged fully from the cloud of obscurity it had previously operated under. The Accord and Civic names were now in play, and even well recognized by most shoppers. It’s worth noting that the only automatic available in Civic this year was the maker’s aged Hondamatic 2-speed.