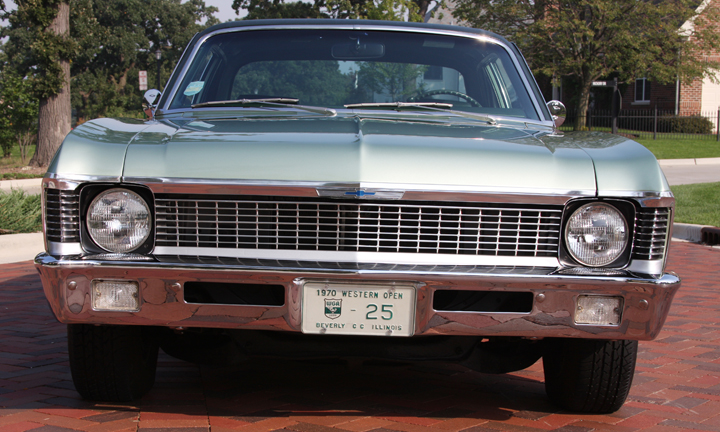 My dad had a pea-green 1970 Chevy Nova. It was a dealer demo that he had purchased during the summer of that same year. The car had few options, including a 307-cid V8, automatic transmission, and an AM radio. The cabin was hose-it-out black, and as far as I knew, it was the greatest car in the world. It was also the first car I would ever drive.

The reason I am writing this now is because of that 307. I have traced the origins of my car love to my fascination with the fender-mounted “307” badges on that car.

Not for any obvious sentiments of loyalty, most of the cars owned by my extended family members in those days were Chevys and Pontiacs. Most of these cars also sported badges boasting magical engine displacements. 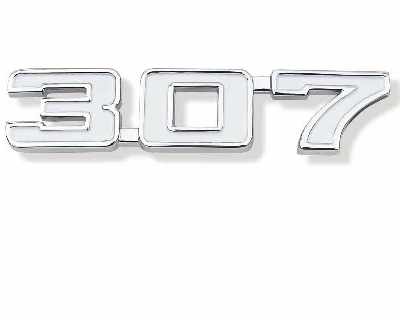 One particularly lucky uncle owned two badged cars, a Chevelle with a 350 and a swaggering Bonneville with a 428 moniker on the grille.

My dad was (and is) a good question guy. And over time, I pressed him for details on these engines. The result was that, long before high school, I knew displacements by make. I would never confuse a Ford 302 for a Chevy 307 or a Dodge 318.

This may seem like the back door into a hobby or career, but knowing powertrain combinations proved to be an excellent foundation for the geekdom that would follow.

At a garage sale in 1975, my father gave me a quarter to purchase a same-year, slightly dog-eared copy of a Consumer Guide new-car review book. I still own it. I read every review in that book a dozen times. I learned that Chrysler was the last domestic maker to sell cars that ran on leaded gas, and that high-end European cars were using fuel injection in part to deal with U.S. emissions standards that were strangling the engines of lesser cars. But mostly, I learned from the pricing section where every 400, 440, 454, 455, and 460 lived. Suddenly, platform sharing and brand identity came together for me. I was hooked.

I was a car guy for all the wrong reasons. I had never ridden in a Hemi anything, my family owned no collectible cars, and I didn’t really know or care much about racing. Yet, I loved cars.

The point of no return came in 1977. Maybe this is Jimmy Carter’s fault. Recall, it was President Carter who pressed the nation to accept the metric system. I resisted, but then Pontiac opened my eyes. Because in 1977, the coolest number on the planet, perhaps in the universe, was 6.6.

That’s 6.6 liters, the displacement proudly emblazoned on the most bad-ass vehicle I had ever seen, the Trans Am.

In black, with crazy gothic gold letters spelling Trans Am on the deck lid spoiler and 6.6 liters on the hood scoop, how could any sane 12-year-old resist?

And I didn’t resist. I fell in love. And I am still in love. And although I embraced the metric system, I still work things back into inches—perhaps because of my dad’s 307-powered Nova.

And remembering engine displacements now serves me very well. It helps me keep things straight. So, if we ever chat, and you’re impressed that I can recall with decent accuracy the engines and transmission available in a 1989 Cutlass Supreme or a 2012 Audi Q5, blame my dad and his Nova—or thank them.