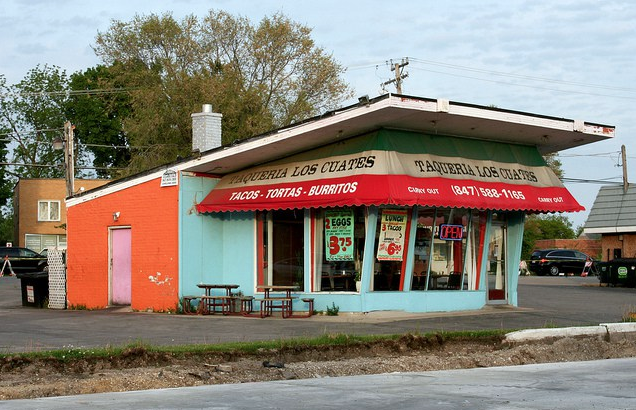 This taco stand was once a Carvel ice-cream store. It was at this exact location, back in 1973, that I placed a fateful pistachio-shake order.

I’m not much of a criminal. I don’t think I’ve intentionally stolen anything since I was confirmed, and I survived the great missing-leftover-pizza scandal that rocked my household last weekend with my reputation largely unscathed. My wife and daughter now accept my “accidentally thrown out” defense as “plausible.”

Still, you don’t live half a century without understanding that part of the thrill of attempting any caper is getting away with it. I recall well the day I was sure I had pulled off a perfect scam—and felt pretty good about it—until my dad’s car betrayed me. More specifically, his 1970 Chevrolet Nova betrayed me.

We had just moved to the suburbs, so this was likely the summer of 1973. I would have been eight years old. I can’t recall the purpose of our trip, but my father and I were driving home from Chicago to our new house in Palatine, Illinois.

My dad’s Nova wasn’t an SS, but it was this color. To the best of my memory, the Carvel pistachio shake was about the color of this ice cream.

It was a warm and sunny day, and we had the windows down. About midpoint on our trek, my father suggested we stop for some ice cream. I wasn’t yet salty enough to respond “hell yeah,” but whatever I said could be considered the rough equivalent.

We pulled into the lot of the only Carvel location I ever knew. The Carvel ice-cream chain seemed to dot the nation at one point, but they were sparse around Chicago. “Our” Carvel store was in Niles, Illinois, and it closed at least 30 years ago. Today a taco stand sits in its place. The colors are different, but the distinctive forward-canted front fascia that apparently marked all Carvels remains to this day.

The great thing about Carvel was the flavor of the week. I was pretty much a vanilla guy at the time, but could occasionally be tempted out of my narrow-mindedness by the promise of some fruity goodness—usually something cherry or citrus.

To my delight, the bonus flavor this fateful day was pistachio. Forget the fact that I didn’t know pistachio from shitake at the time—I only knew that the soft-serve goodness throbbing slowly from the guest-flavor tapper was a seductive milky green that I felt certain would strike my palate as something akin to lime. And being citrus, lime was worth fighting for. And fight I did. 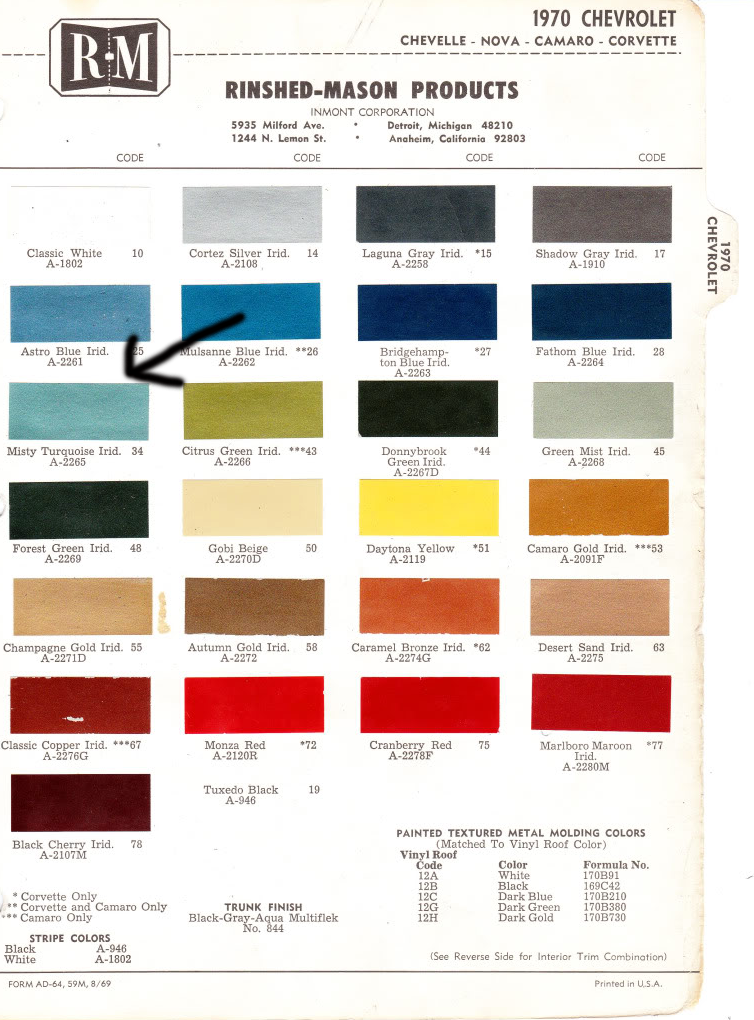 The Nova in question was painted Misty Turquoise Poly, a fairly common Chevy color in the early Seventies.

Despite this whole ice-cream stop having been my dad’s idea, I found him less than responsive to my request for a large pistachio shake. Dad didn’t seem to think that A: I needed a “large” anything, and B: that I would like pistachio. Being as reasonable as any eight-year-old kid on my side of the family tree has ever been, I stood my ground. Darn it, I wanted a big green shake, and I wasn’t about to settle for a small white cone.

Dad acquiesced fairly quickly—not because I had made an especially compelling case for my deserving the shake, but, I imagine, because we were running late.

Fortunately, the shake was served in a Styrofoam cup. Had the cup been paper and sweaty with condensation, I would likely have been unable to hold it in one hand. This one-hand thing is important—more on that in a moment.

When we got back into the car dad asked me how I liked pistachio. “I love it,” I lied. I was baffled—why would something this delicious-looking taste nutty and slightly salty? Though I wasn’t yet quite earthy enough to think, “I’m screwed,” that’s approximately what I was thinking. If I didn’t consume all 20 ounces of this hellish goo, I was going to have to admit that my demands were foolish—and worse yet, that my dad was right.

Then it hit me! I didn’t need to drink the shake; I only needed to dispose of it! A caper was afoot, and it was one I was sure I could pull off. Slyly, I moved the shake from my drinking hand (left) to my pouring-crap-out-the-window-hand (right) and began what was necessarily a very delicate task.

As I talked casually with my dad, I occasionally held the shake at the window, gradually moving it further and further past the window–as much as conversational gesturing allowed. Fortunately, dad wasn’t really watching me anyway. So began operation Green Dump.

What’s funny now is that I didn’t just dump all the stuff at once. Instead, I lowered the cup below my dad’s sightline outside of the car window, and cautiously spilled away—as if I was less likely to be caught dribbling off small amounts at a time.

I recall noisily sucking the last thin meltings of the shake through the straw as we pulled into the driveway—this to declare officially that I had happily finished the whole thing. I was feeling pretty good. No, I hadn’t enjoyed any ice cream that day, but I had pulled off a rather clever bit of deception.

Smugly, I exited the car and began walking toward the house with the empty cup. I had probably covered three or four paces when I heard my dad say, “I guess you really like pistachio.”

Dad was standing at the rear bumper, looking forward down the side of his car. The spatter was a study in fluid dynamics that to the right audience would pass for art. Beginning at the passenger door and streaked along the Nova’s smooth starboard side was what began as a round, glossy-smooth pool of pale emerald goo that broke into wide strakes as it flowed rearward to the wheel well. What impressed me most was how good the shake looked over the Nova’s green paint. Had Pistachio Cream Metallic been a Chevy color, it would have made a fine two-tone partner for our Nova’s Misty Turquoise Poly.

I looked at my dad in silence for what felt like three or four hours. Finally, without additional comment, he walked past me into the house. To the best of my recollection, we never discussed the matter further.

He probably should have made wash the car, but my dad didn’t care that much about keeping his cars clean—that’s what rain was for. The Nova is long gone, but lives on in memory as one of the better cars my family ever owned. And while I recall the vehicle fondly, I can never think about it for long without remembering how it betrayed me.