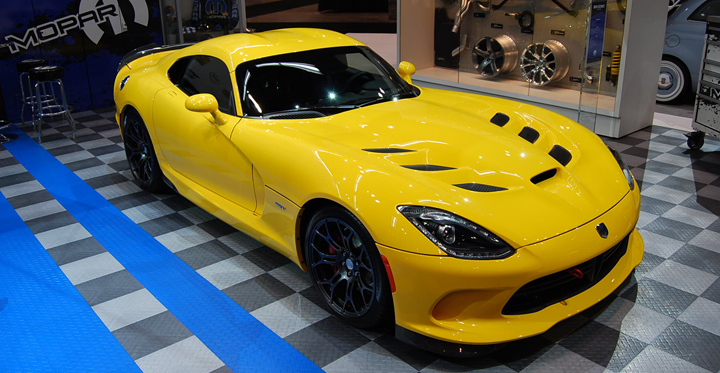 The SRT Viper is plenty wild straight off the factory floor, but if it’s still not enough, Mopar offers plenty of aftermarket performance and dress-up goodies. 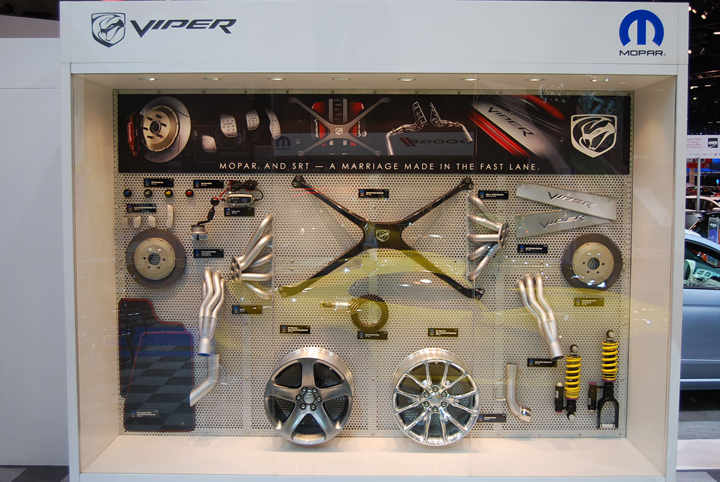 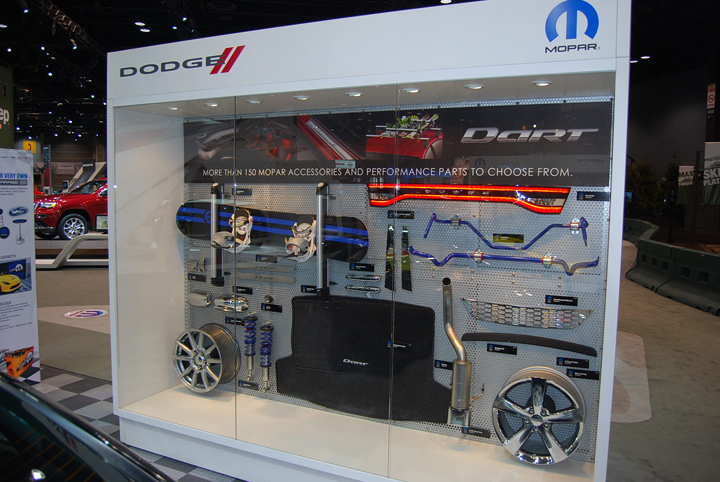 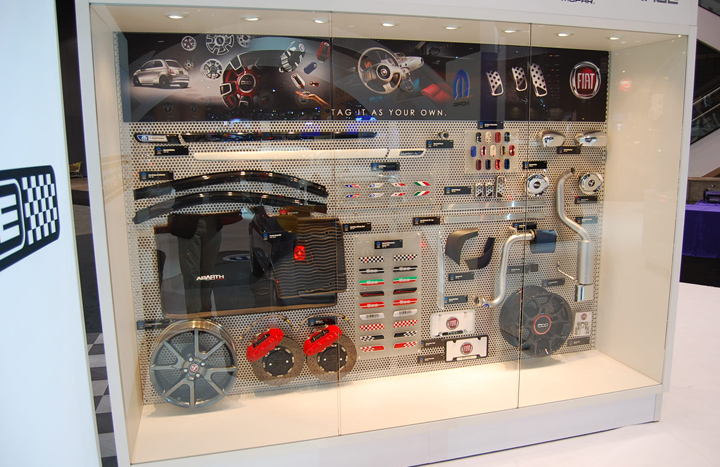 Fiat 500s can be decked out with custom-graphic door-handle inserts, a chrome fuel-filler door, aluminum pedals, and a cat-back exhaust system. Hefty disc brakes and 17-inch forged aluminum wheels are designed for the high-performance Abarth versions. 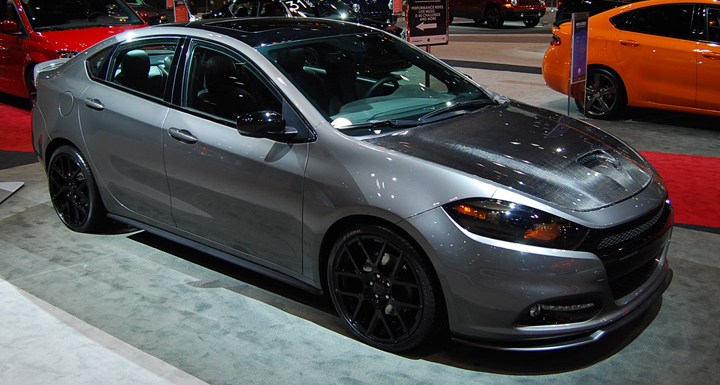 Let’s check out what some of these goodies look like on an actual car. A Dodge Dart gets a lot more aggressive-looking with a lowering job, black forged-aluminum wheels, a scooped carbon fiber hood, smoke-tinted headlight lenses, and a custom grille. 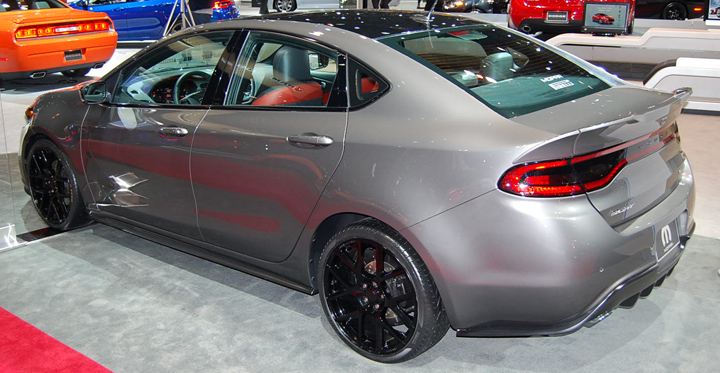 A pronounced rear spoiler and a rear diffuser give the Dart a sportier look out back.

Of Parts and Performance: Chatting with MOPAR’s Pietro Gorlier 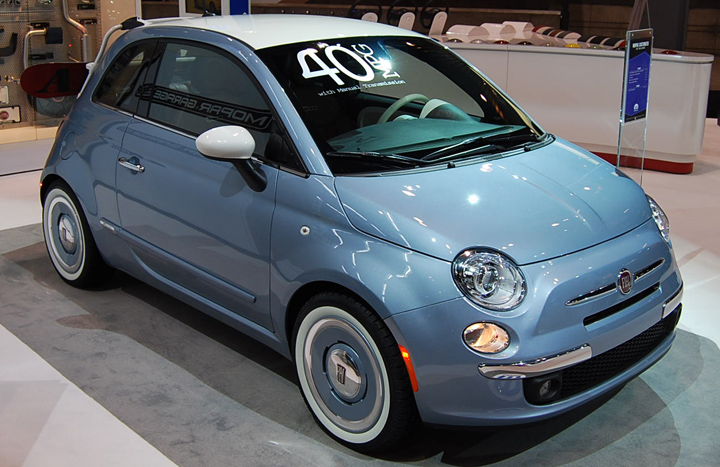 Just like the Mini Cooper and the VW Beetle, the current Fiat 500 is a new-age re-envisioning of an iconic original. The aluminum Mopar accessory wheels and whitewall tires on this example put an exclamation point on the retro vibe. They also make an already-adorable little runabout even cuter, if that’s your thing. The wheels are prototypes at this point; hopefully, they’ll officially hit the market soon. It’s a bit hard to see in this photo, but there is also a snowboard rack mounted on the rear hatch. 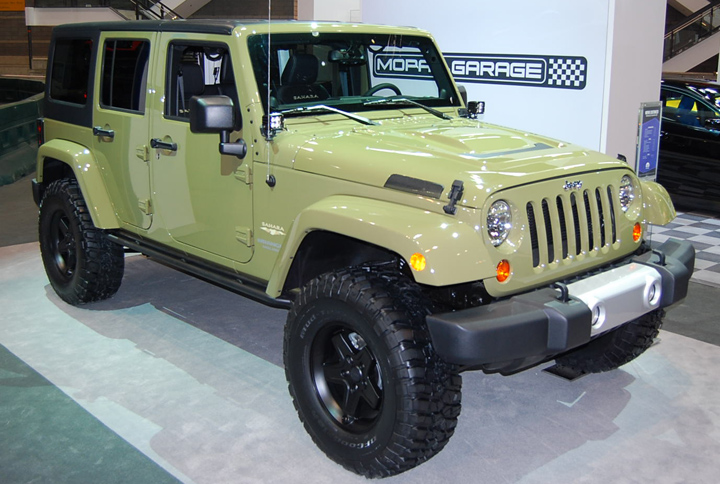