It has been a while since we published our first list of rewarding-to-find automotive obscurati, and for that we apologize. Take heart in the fact that at least one of the cars listed here represents a pretty serious car-spotter challenge, so the wait was worth it.

Let us know if you manage to spot all three vehicles in one week, or over a particularly productive weekend. We like knowing how sharp-eyed our readers and fellow car lovers are.

This time we’re going all-Chrysler with the spotter list. If there’s a brand you’d like us to work with in the future, just let us know. Good luck!

2004-2009 Chrysler Crossfire
This reskinned Mercedes-Benz was a sales flop of the highest order. That’s something of a pity, as the Crossfire was not unpleasant to drive. Compared to that of the Mercedes SLK, on which it was based, Crossfire styling is nothing if not extroverted. Give yourself bonus points for finding an extra-rare SRT6 version of this, Chrysler’s last two-seat sports car.

1999-2004 Chrysler 300M
A luxury spin-off of the front-drive “LH” platform, that at the time also hosted the Chrysler Concorde and Dodge Intrepid, the 300M was infused with a more sporty character than its less-costly stable mates. A “five-meter” car, the 300M was carefully styled with shorter overhangs in order to keep its overall length below a certain limit; otherwise, it would complicate sales in Europe. Seems that parking in Milan is more of a problem than it is in Milwaukee. The arched-eyebrow front visage is perhaps the 300M’s most distinct styling element. 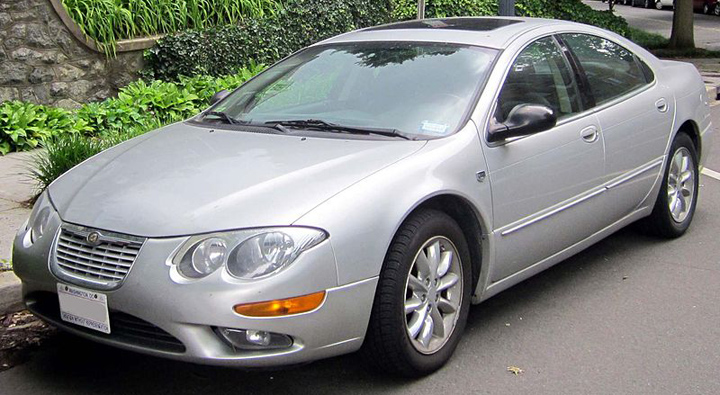 2004-2008 Chrysler Pacifica
Chrysler’s first crack at building a crossover was but a modest success. An arguably odd-looking wagon, Pacifica was launched only in loaded trim levels at prices that left most shoppers cold. Later iterations came with softer pricing along with a larger 4.0-liter V6, but by then shoppers had already lost interest. In traffic, it’s the rear three-quarter view that is most distinct—and arguably most peculiar.