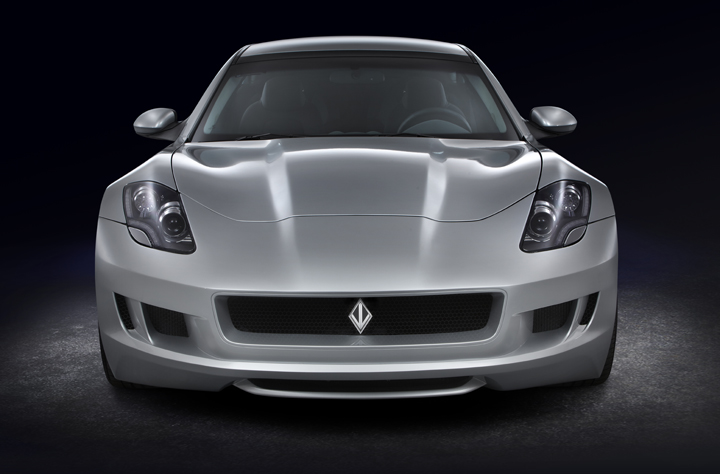 Bob Lutz is replacing the hybrid powertrain of the Fisker Karma with the Chevy Corvette’s ZR1 engine.

Bob Lutz has accomplished more in his golden years than most auto execs do in a lifetime. At age 69, Lutz became General Motors’ Vice Chairman of Product Development and helped create cars such as the Cadillac CTS, Cadillac SRX, Chevrolet Malibu, Buick Enclave, Buick LaCrosse, and Pontiac Solstice. He also championed the electric/gas Chevrolet Volt before withdrawing from an active role at GM in 2009. Now at age 81, Lutz is launching a high-performance sedan, the VL Destino.

Gilbert Villarreal, a self-made millionaire in the auto components industry, decided that replacing the hybrid powertrain of a Fisker Karma with a Chevrolet Corvette engine was a great idea. Villareal turned to friend and business partner in VL (Villareal Lutz) watches, Bob Lutz, to make it happen. Lutz says he starts with a well-engineered car and adds a well-engineered drivetrain. The German engineering firm that helped bring about the Fisker Karma (as well as the Porsche Panamera) is engineering the changes needed for the engine transplant.

Swapping the hybrid system and its heavy batteries for a 638-horsepower Corvette ZR1 engine makes the Destino (Italian for “destiny”) 1,200 pounds lighter than a Fisker. Destino’s total weight is only a few hundred pounds more than a ’Vette. Lutz says the Destino will be the fastest 4-door sedan in the world. Top speed could be in the 200 mph range. Expected price is around $200,000. The VL brochure also mentions availability of the 450-horse LT1 of the base Corvette. This version might come in under $200,000, although with less performance.

Styling was always a Fisker strong point, although many (including Lutz) disliked the moustache grille. The VL fixes that problem with a new front end and also adds a power-bulge hood to accommodate the Corvette V8. Lutz contends that some people bought the hybrid Fisker because they liked its looks, rather a desire to save the planet. Many would like a Fisker with performance to match its looks. The Destino is for them. In fact, current Fisker owners have asked Lutz if he could drop a ’Vette engine in their cars. Lutz plans to accommodate them for about half the price of Destino.

Now that the future of Fisker Automotive is doubtful and their battery supplier is in Chapter 11, that conversion might be a good idea. Without replacement batteries, Lutz says “they have a choice between an expensive boat anchor or world’s fastest sedan.” With Fisker in trouble, some might expect Destino to die before it gets off the ground, but Lutz sees all the unsold Fiskers as potential donor cars. He also claims to have already taken one year of orders. Production estimates range from 250 to 500 cars a year. Lutz expects deliveries to start in September or October. 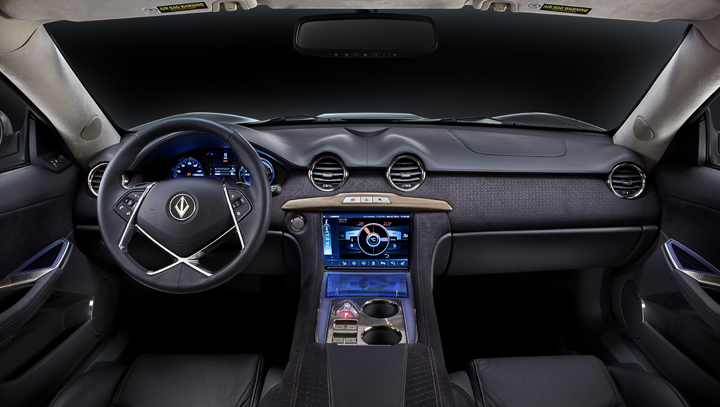