There was a long period where the words sexy and sedan simply didn’t belong in the same sentence. Some might argue that the pair can describe classic-era Cords and Duesenbergs, but wouldn’t you still rather have the 2-door version?

Today, there are any number of sedans, even popularly priced ones, whose styling can be considered “sexy”—popping instantly to mind is the current Kia Optima. But that’s been a relatively recent transformation, and following are some of the cars that strike me as having paved the way.

If you weren’t car cognizant in the mid-1980s, you may not understand the revelation that was the Ford Taurus. Splashing into a sea of squared-off sedans, it introduced the “jellybean” profile quickly adopted by almost every other manufacturer. Although it was nice-looking and certainly trendsetting, “sexy” it wasn’t—at least not in base form. But that accolade could be given to the first high-performance SHO version, which, like the BMW 5-Series of a decade earlier, helped realign people’s stance on sedans. 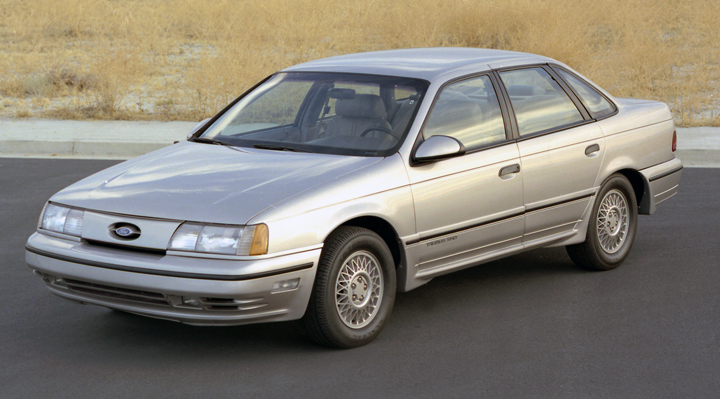 Although Lexus has undoubtedly become the Japanese luxury leader, it didn’t lead the Japanese luxury charge. Acura did. And while Acura’s opening salvo, the Legend, was offered in attractive coupe and sedan versions, the little-known and short-lived Acura Vigor sedan of the early ’90s always struck me as the sexiest of the bunch. This front-drive car managed to sport rear-drive proportions, and it was cut and angular at a time when too many other sedans followed Ford’s lead with lookalike jellybean designs. Unfortunately, the Vigor suffered from the same problem endured by virtually every Acura since the company’s inception: a severe lack of cylinders. While there was nothing wrong with its inline five, it really needed a V6 for image, if nothing else. (Just as the company’s higher-end cars have always been left begging by the lack of a V8.) On those rare occasions I see one on the road today, its taut lines strike me as almost sensual. It’s a sexy sedan.

Chrysler deserves kudos for bringing out some adventurous workaday sedans during the 1990s. First out of the box were the Chrysler Concorde, Dodge Intrepid, and Eagle Vision, which shared Chrysler’s large LH platform. But also noteworthy were the Chrysler Cirrus, Dodge Stratus, and Plymouth Breeze, all on the midsize JA platform. My favorite of these is the Dodge Intrepid, which made “cab forward” part of the nation’s styling lexicon. 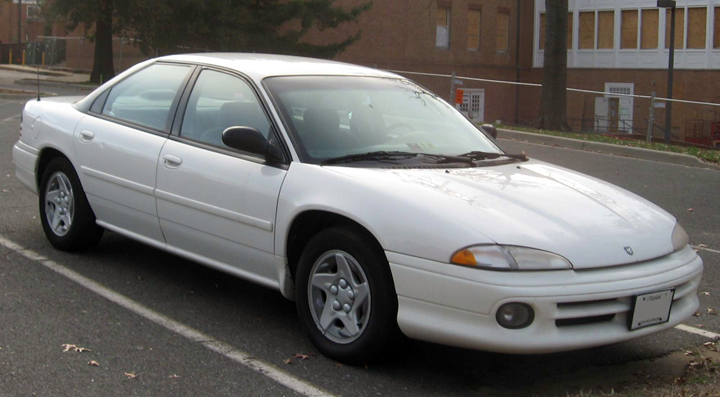 If I listed all the Audi sedans that qualify for this esteemed group, there wouldn’t be much room for anything else. Between the 90 and 100/200 of the early ’90s, the stunning inaugural A4 and A6, and most of its current 4-doors, Audi consistently delivers excellent designs. But the one that really stands out to me is the big Audi A8. The company’s flagship sedan is in its third generation, and they’ve all looked terrific. 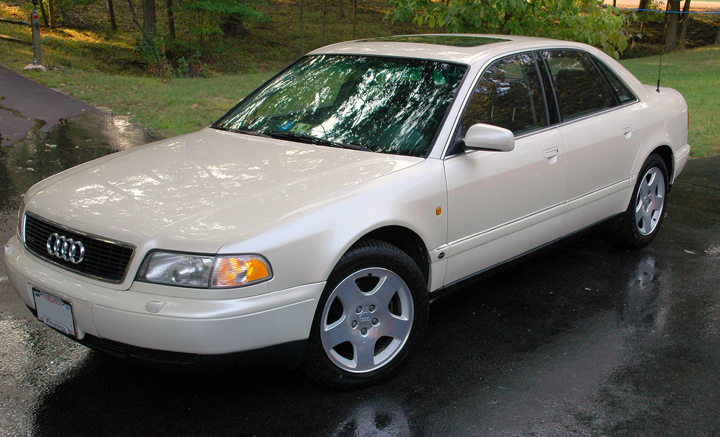 Similarly, virtually every BMW sedan since the 530i of the mid-1970s has been an eye-catcher (save for some of the Bangled ones), largely because rear-wheel drive allows for better proportions than front-wheel drive. (There’s usually a large gap between the front door and the front wheelwell, with very little front overhang, and that really aids the visual ambiance.) But my favorites are the BMW 3-Series of 1999-2005, followed by their 1992-98 predecessors. Both generations came in sporty and downright mouthwatering M3 variants that are, sadly, still expensive today.

GM wasn’t known for great styling during the period, but this one they got right. While the bulbous Caprice introduced for 1991 found its fair share of customers (many of whom put lights of one kind or another on their swoopy roofs), it was only the Impala SS of 1994-96 that could really be considered stunning. Every time I see a black one, it makes me drool. 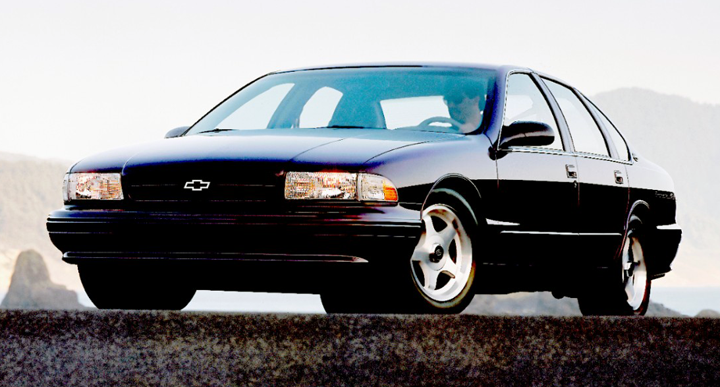 It’s harder to make a small car look proportionally “right,” but the third generation (1999-2003) of the Mazda Protegé pulled it off. While hardly what one would call “sexy,” it’s still one of those cars that really stands out to me as sporting a good design. Every time I see one I’m struck by how nice it looks, even in today’s light. Equally striking is the short-lived wagon version, the Protegé 5. Maybe not sexy sedans material, but certainly attractive. 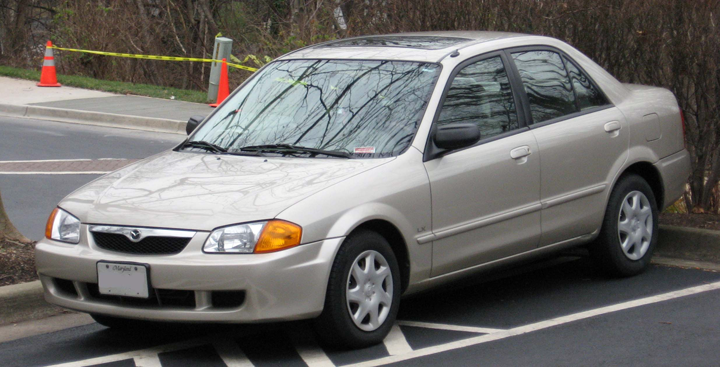