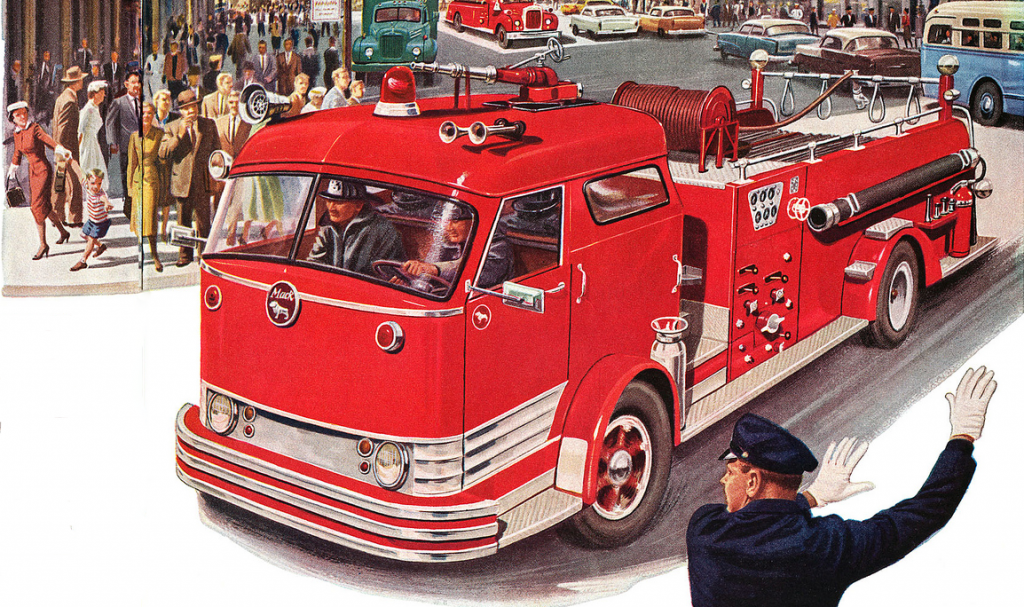 “Built like a Mack Truck” has long been part of the American vernacular, and Mack’s Bulldog trademark is an internationally recognized symbol of quality and toughness.

Now in business for well over a century, the Mack company rose from its roots as a late-1800s wagon maker to become one of today’s premier heavy-truck manufacturers.

At the dawn of the 20th century, countless auto builders were springing up around the country, mostly in backyard garages. However, relatively few of those vehicles were capable of hauling heavy loads, which required more power than most engines of the day could muster. As a result, most cargo was still transported locally by horse-drawn carriage.

Falleson & Barry of Brooklyn, New York, was a manufacturer of such carriages and wagons. John Mack, a native Pennsylvanian, purchased the company in 1893, and along with his brothers Gus and William, maintained its reputation for high-quality workmanship.

The brothers made the historic move to motorized vehicles in 1900, when Isaac Harris, the owner of a Brooklyn sightseeing company, ordered a bus capable of hauling 15 to 20 passengers—far more than any automobile of the day could handle.

Propelled by a 24-horsepower, 4-cylinder gasoline engine designed and built by Mack, the bus became the basis not only for more sightseeing vehicles, but for commercial trucks as well. And with that, the Mack legend was born.

To celebrate the Bulldog, we’ve amassed ten classic Mack print ads, and one recent TV commercial. Please check them all out. And if you’ve ever spent time around or in Mack trucks, please tell us about it. The place for comments is below the last ad. 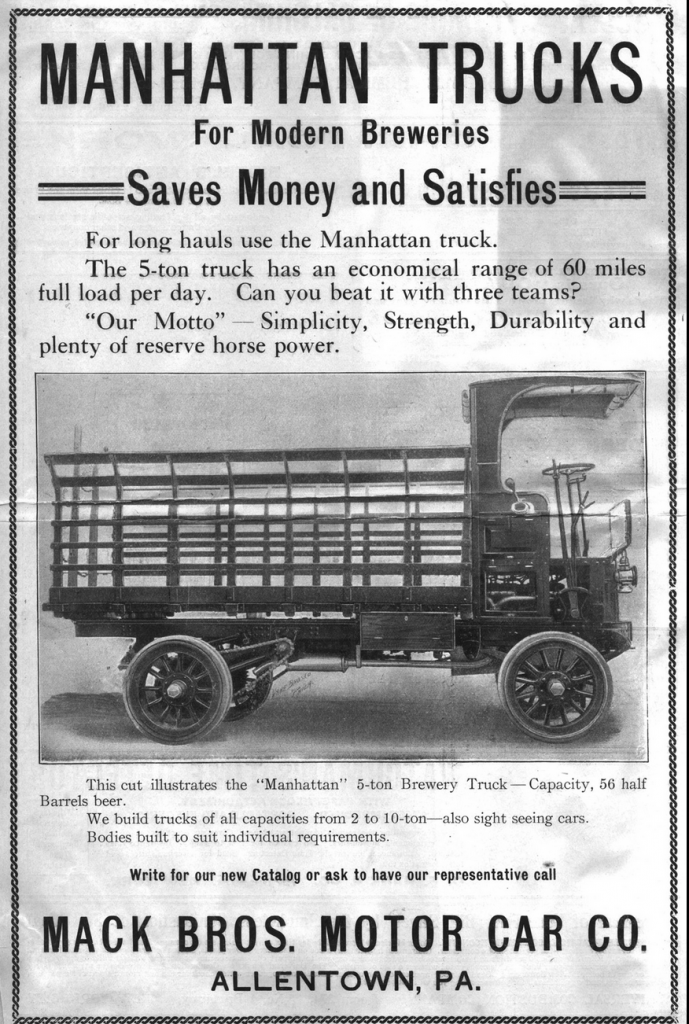 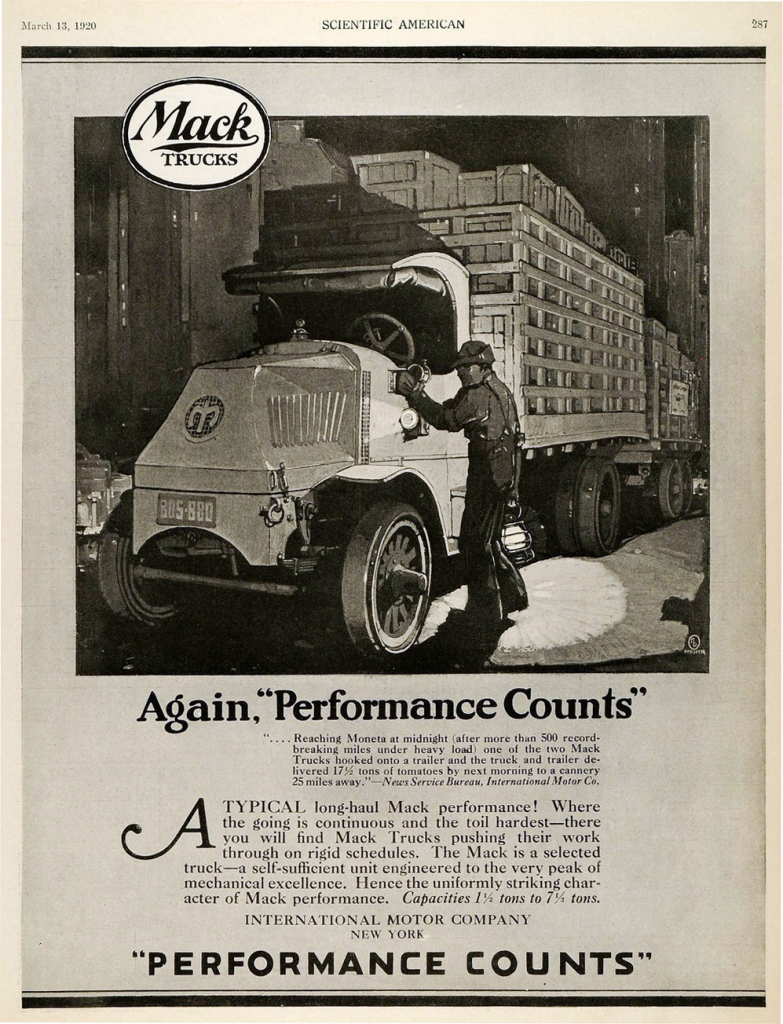 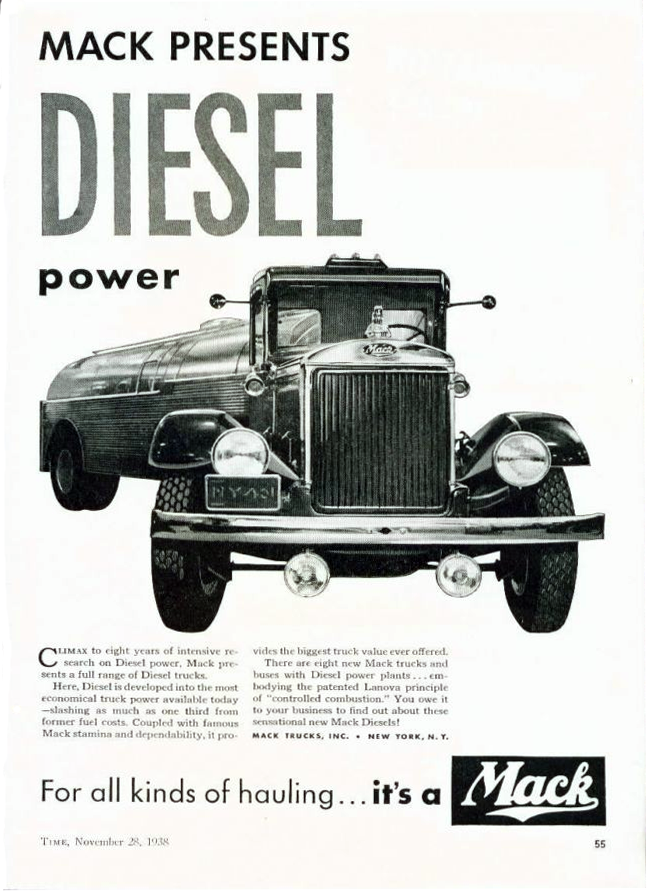 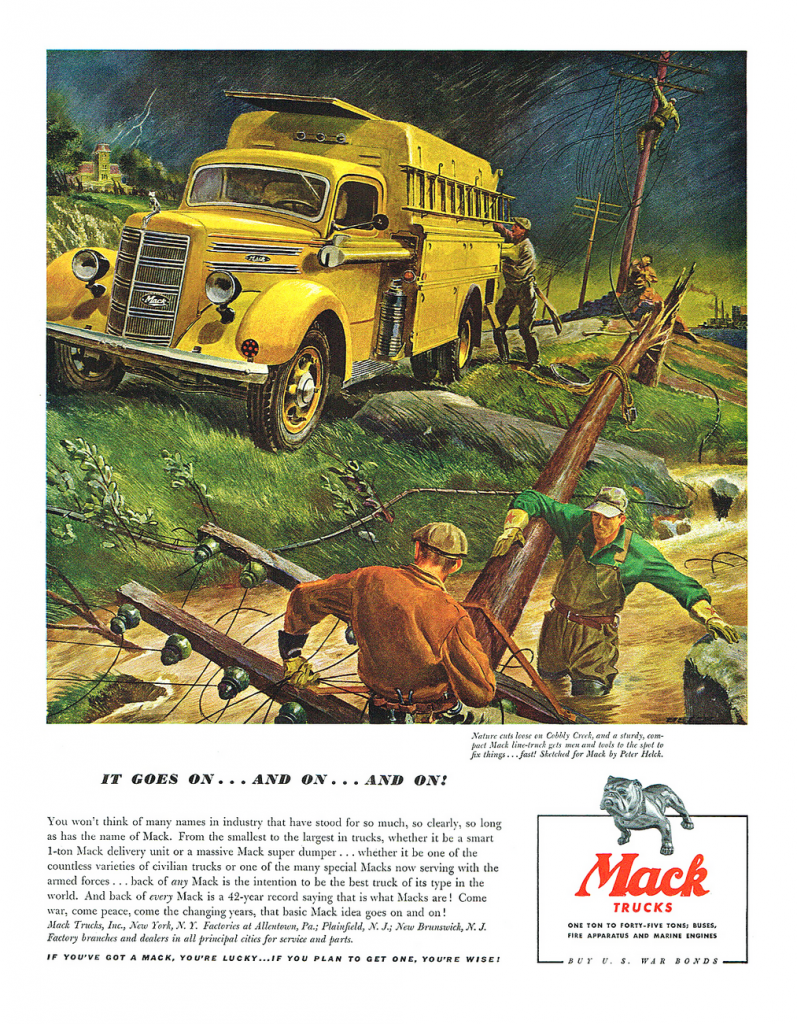 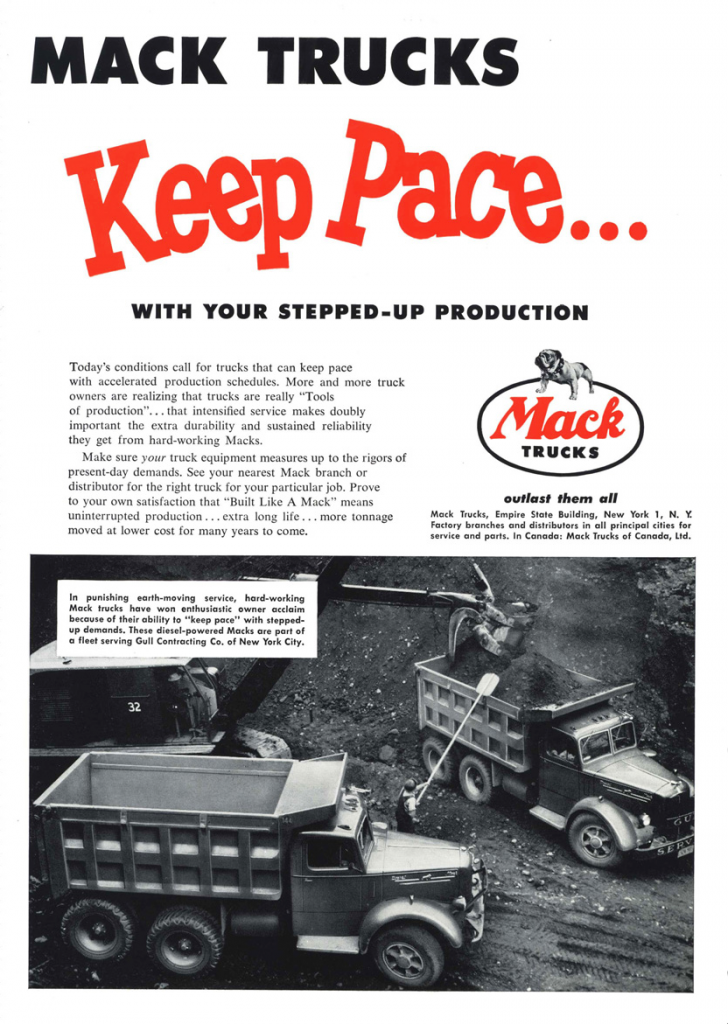 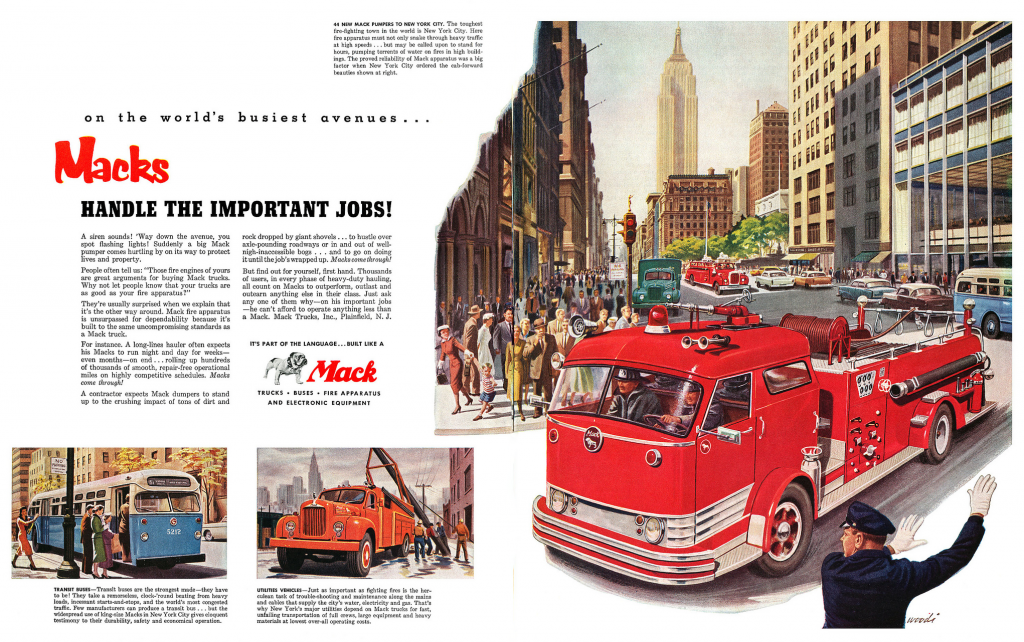 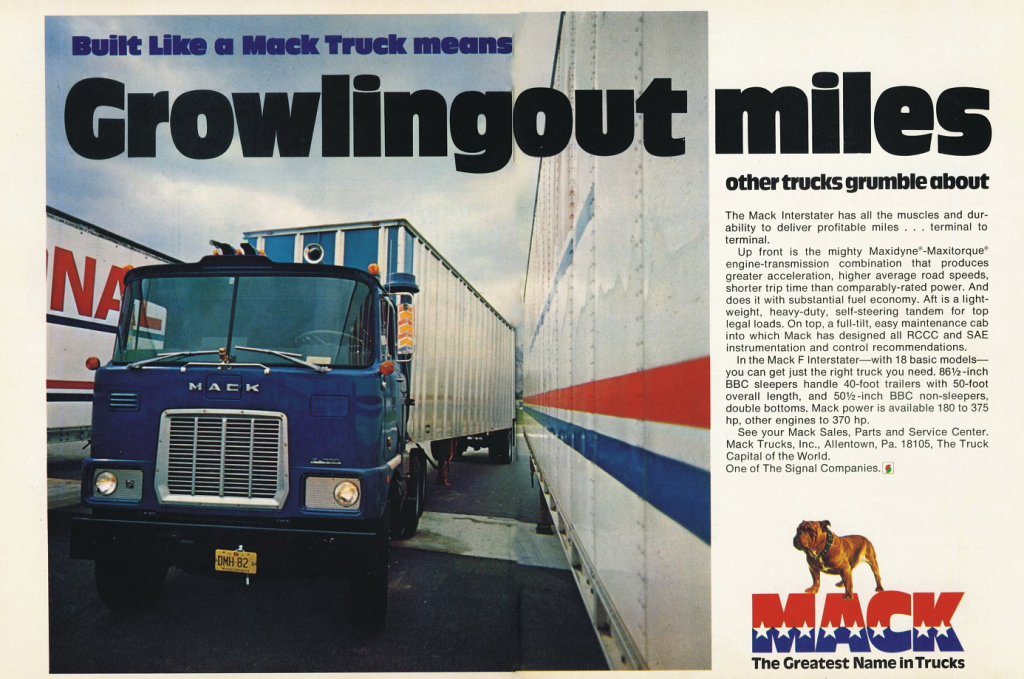 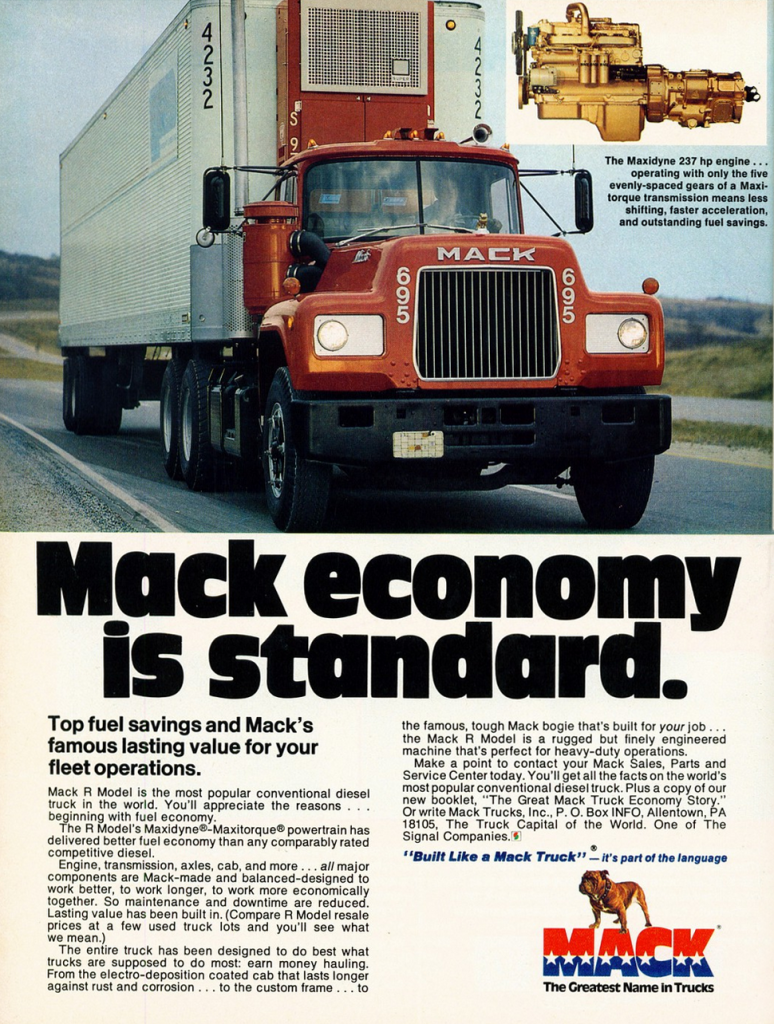 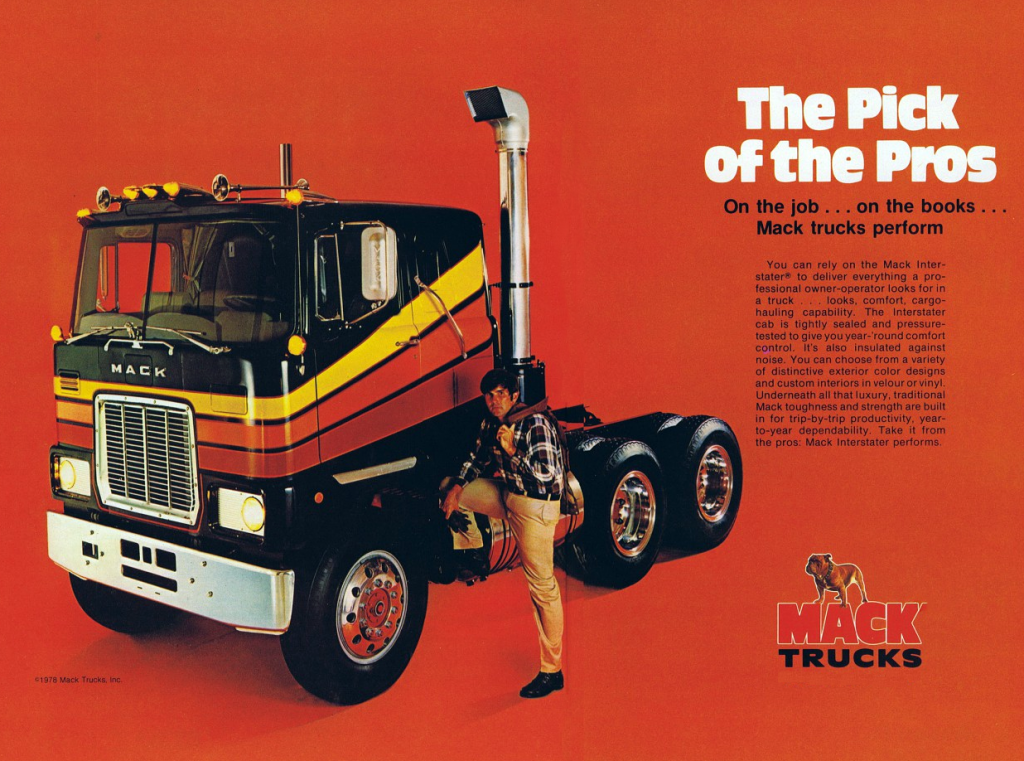 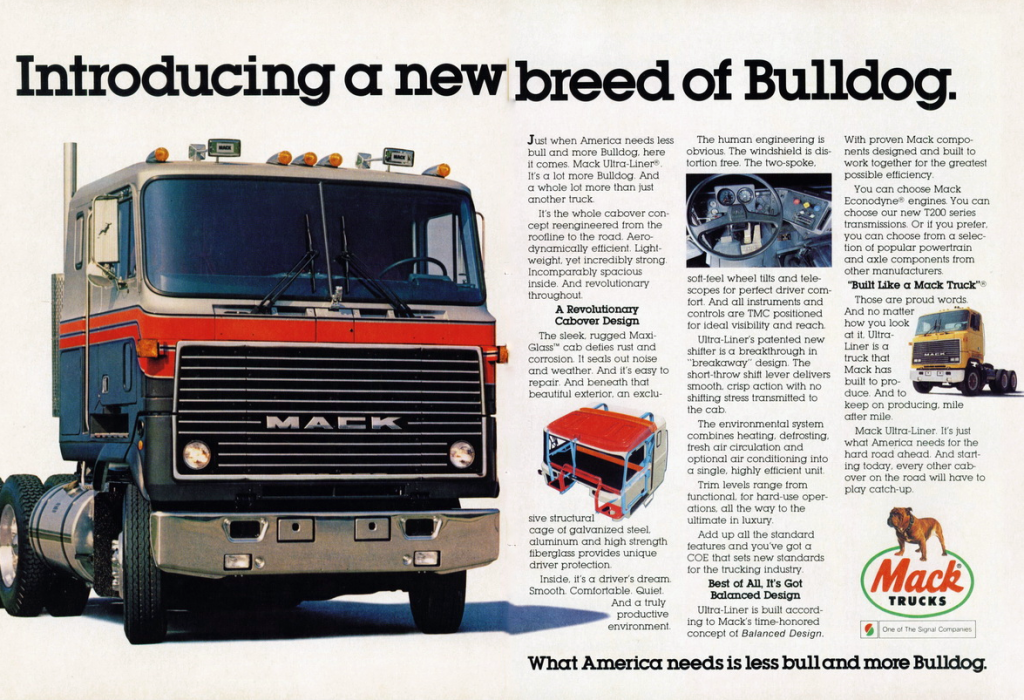