Car Recycling: What Happens to a Junked Vehicle 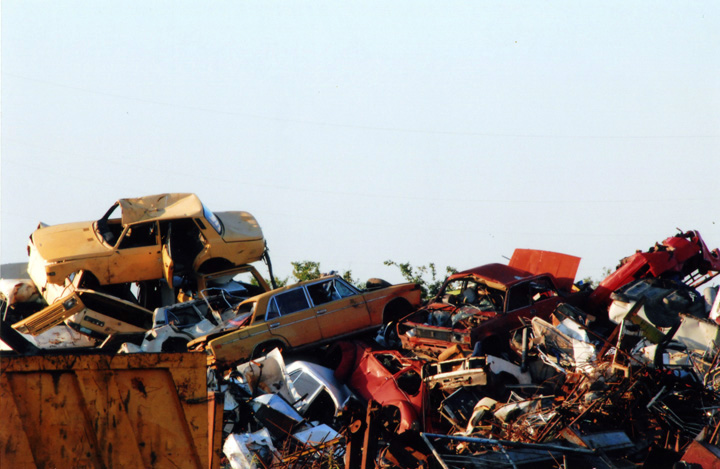 According to the website Recycle Nation, over 12 million vehicles are recycled in the U.S. every year.

What parts of your car are recycled when its useful life comes to a close? A good number, actually. Here are 10 things that may come from your discarded vehicle. Note: This is just a partial list of the ways in which a discarded vehicle may be salvaged.

Car Recycling: What Happens to a Junked Vehicle

A fair number of underhood parts are candidates to be sold as “rebuilts.” Alternators, water pumps, starters, and even engines and transmissions are commonly inspected for potential life as a low-cost alternative to brand new parts. While most rebuilt parts work as well as new pieces, it’s probably worth knowing what your mechanic’s been using all these years.

While your old car may have felt pretty used up when it crawled its last mile, there’s a good chance that it wasn’t all that beat up. Any body panel that wasn’t rusty or badly dented is a good candidate for donation to a running car with needs. A thriving industry of scavengers exists for the sole purpose of picking over discarded cars for their best, most resellable parts. Typically, fenders, door skins, and hoods go first, but trim pieces that can be salvaged will be stripped as well. 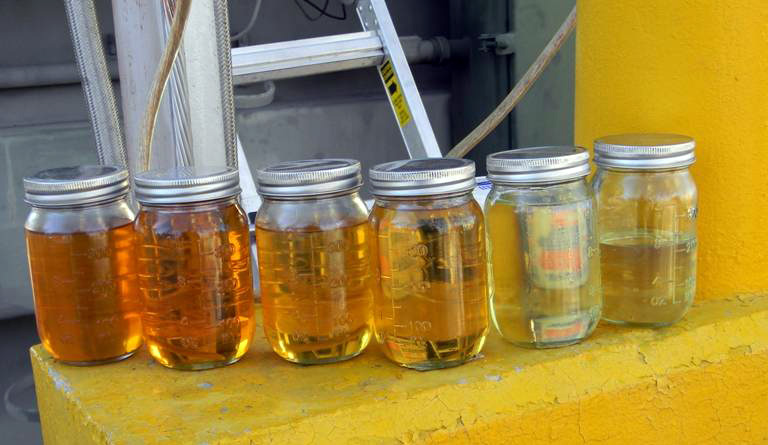 Used oil and engine coolant are especially dangerous to the environment. Some of these fluids can be processed and reused, while others require careful disposal.

Used motor oil is nasty stuff, and a threat to humans and the environment. Sadly, it is not easily reused as a lubricant, because the process of re-refining it is far more expensive than starting from virgin oil. Assuming that the oil from your junked car was collected—and hopefully for us it was—it was most likely processed into a cheap fuel for use in commercial turbines, perhaps for power generation.

Like motor oil, antifreeze is grubby stuff, but recycling it to “like new” condition is too expensive to be practical. Antifreeze can be reconditioned, but its general quality is vastly diminished compared to new product. Typically described as “down cycling,” used antifreeze is cleaned and reprocessed into a product that, though no longer suitable for automotive use, is perfect for the lower-stress needs of stationary motors and industrial machinery. 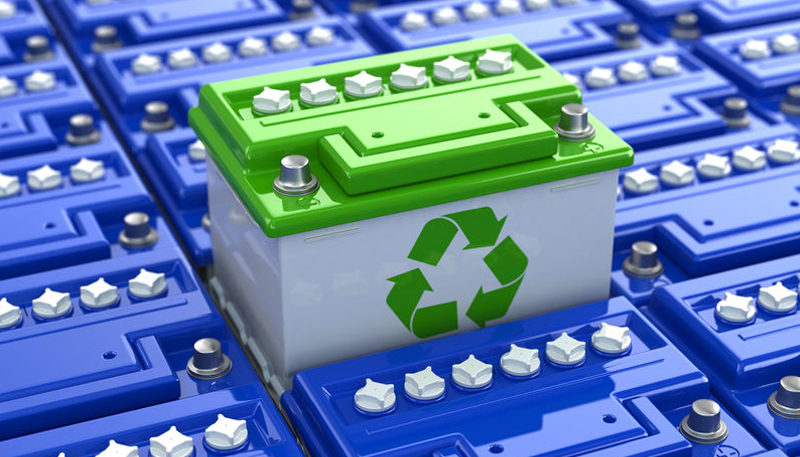 Used-up car batteries are broken down into three primary constituents, each of which is salvaged: plastic, lead, acid. Each element can be processed, and used in the manufacturing of new batteries.

Filled with caustic fluid and assorted environmental threats, car batteries should be handled with care when new, and only by professionals at the end of their service life. Yet despite the threat, an active market exists for spent car batteries. Though useless for powering a car, used-up batteries are treasure mines of heavy and semi-precious metals that, when collected in bulk, can be purified and resold. Elements commonly harvested from depleted batteries include brass, mercury, and lead, as well as sulfuric acid and polypropylene.

The problem with car recycling is that the plastics used varies so much from vehicle to vehicle. While most car bumpers, sometimes referred to as caps or end caps, end up in landfills, a recently patented process allows the painted plastic to be recycled for reuse as a bumper. Sadly, unless a discarded bumper is free from scuffs and dirt, which few are, they are passed over for parts that are easier and cheaper to re-process.

Into the 1960s, it was not uncommon for a discarded car tire to be “recapped.” Such a tire was deemed to be in decent-enough shape by every measure but tread depth. The recap was essentially a new tread applied to the old tire shell. Today recapped tires are not uncommon on big trucks, but they are generally considered unsafe for automobiles and light trucks. Sadly, though some tire rubber is melted down and recycled into new tires, most is discarded, as the process of stripping away a tire’s metal and plastic cords, and separating different rubber compounds is simply too complicated to be cost effective. 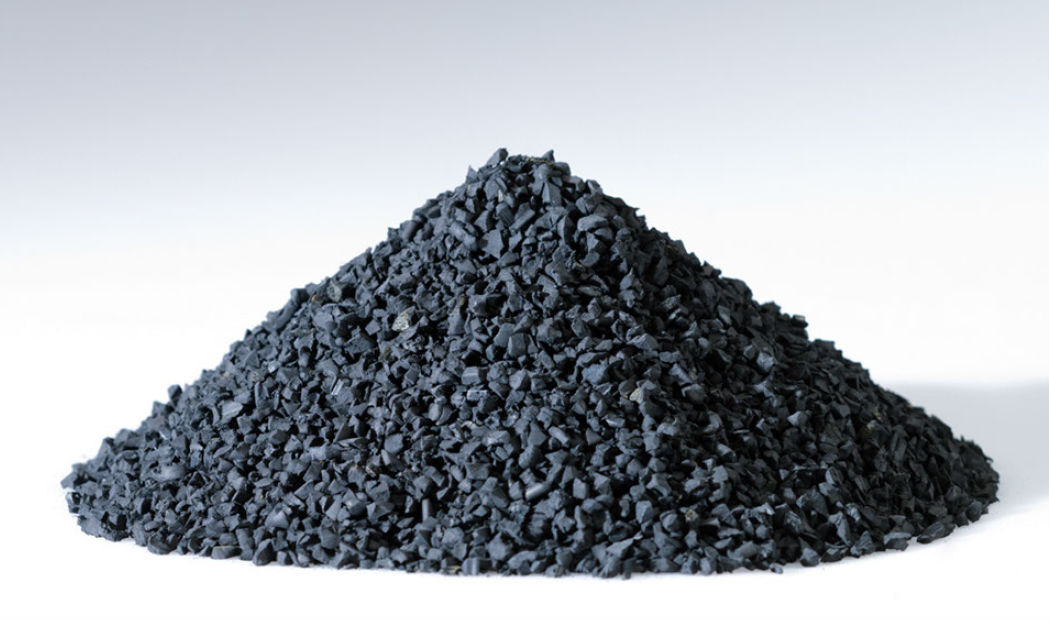 Breaking tires down into “crumb” isn’t exactly recycling, but it is an alternative to allowing them to accumulate in landfills.

Tires may be the most salvaged part of a junked car, but they are generally shredded or powdered rather than truly recycled. In the case of crumb rubber, used tires are used as cheap filler. Finely ground, crumb rubber typical finds a home beneath playground swings and climbing equipment, in walls as an insulator, and is added to road and track surfaces as part of the asphalt.

Because they are made of several compounds of rubber that do not combine well when melted, tires are rarely reshaped into new, solid products. However, a recently developed non-chemical process that involves a urethane “bond” has expanded the use of ground-up tires. Not unlike adding eggs to flour, bonded ground rubber can be formed into simple shapes. Incredibly durable, the bonded rubber is used to make such things as speed bumps, railroad crossing buffers, and athletic mats.

Just because you don’t want to drive it anymore doesn’t mean someone else can’t. If your car was badly damaged in a wreck, there’s a good chance your insurance company will simply “buy” the wreck from you and dispose of the car. Such cars may end up at the junkyard, or could be issued a “salvage title.” A salvage title is a tacit admission by the seller that the cost to repair a vehicle properly nears or exceeds its actual worth. However, there’s nothing stopping some enterprising do-it-yourselfer from making the best of your misfortune. Buying a salvage car is a risky proposition, but for the very frugal, it may be worth the effort.