If you’re into music, you probably remember the swing revival that took place in the late Nineties. That particular retro trend probably peaked in 1998, when Gap commercials populated by dancing khaki-clad youth famously featured a Louie Prima cut of “Jump, Jive an’ Wail.”

A few bands cashed in on the swing movement, including Big Bad Voodoo Daddy and The Brian Setzer Orchestra. But, for the most part, the public’s interest in swing proved brief, and the genre returned to the margins of pop music, where it had been relegated sometime in the late Fifties. 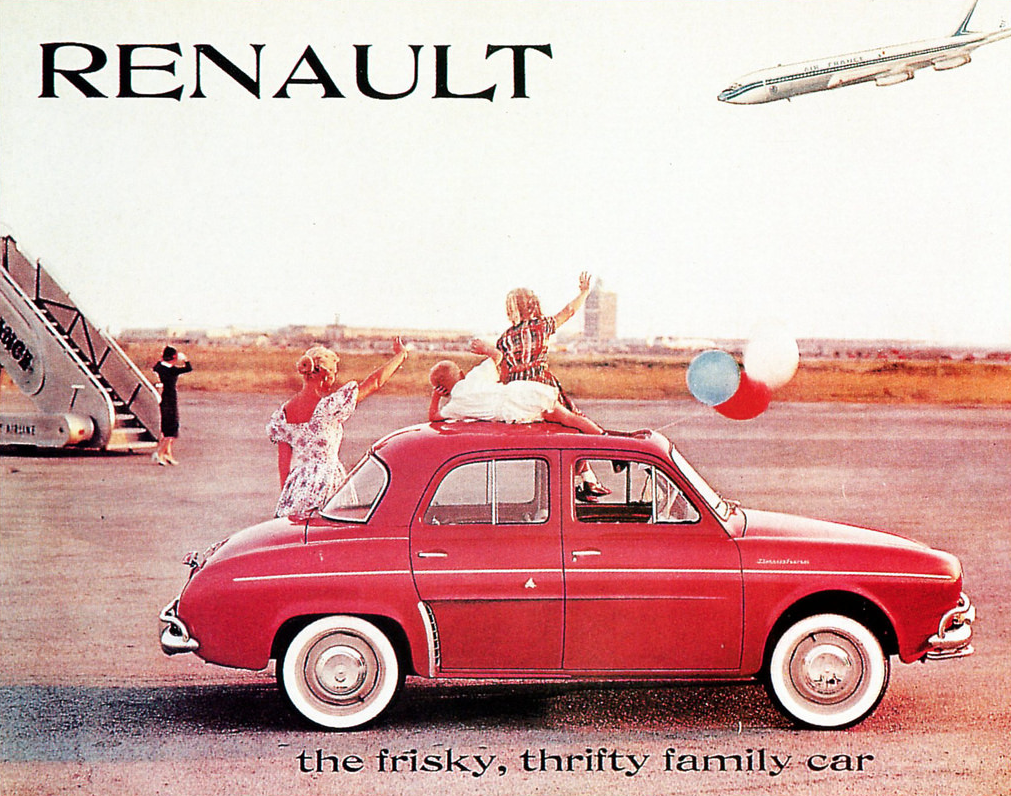 The Renault Dauphine was retailed in the U.S. between 1957 and 1966. This compact French sedan formed the basis of the Henney Kilowatt.

There’s an automotive allegory to swing music’s brief revival, and it involves a car called the Henney Kilowatt.

It’s strange to consider now, but until 1920 or so, electric cars were nearly as popular as gasoline-powered vehicles. In fact, at some point before 1910, internal-combustion vehicles were actually outsold by electrics, and nearly so by steam-powered rides.

However, the increased availability of paved and improved roads soon exposed the range limitations of battery-reliant vehicles, and by the mid-Twenties, most electric-car makes were out of the transportation business.

But, like swing music, the electric car enjoyed a brief—but sincere—revival in 1959. Enter the Henney Kilowatt.

Though the actual number of Kilowatts produced is tiny, the companies involved in building and selling the car were not small start-ups.

The Kilowatt was a product of National Union Electric, a conglomerate that at the time included Emerson Radio, Henney Motor Company, and the Eureka-Williams Corporation.

It would be Henney Motor and Eureka that would do most of the work required to bring the Kilowatt to market. (For the record, we are talking about the same Eureka that also produced vacuum cleaners.)

Folks at National Union struck a deal with Renault that had the French carmaker provide the company with 100 “gliders”—basically completed vehicles without engines or transmissions. Henney engineers made significant modifications to the Dauphine architecture in order to create the Kilowatt.

The Hatchback Sedans of 1986

The Dauphine was chosen for a number of interesting reasons. First, the car was extremely light. Stripped of their drivetrains, Dauphines weighed just 1300 pounds—a plus for extending battery range. 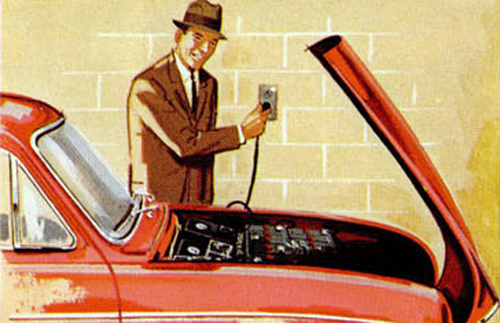 Each Henney Kilowatt came with an on-board charger and a 25-foot cord.

Also, the Dauphine was rear engined—a configuration that suited Henney engineers well, as it made for simple electric-motor integration. This layout also afforded plenty of under-hood battery space.

Lastly, Renault’s waning fortunes in the U.S. market at the time meant that it had a few more Dauphines on hand than it needed. Henney likely got a pretty good deal on the cars.

The Kilowatt was produced for 1959 and 1960, with significant upgrades coming for the second model year.

All 1959 examples featured a 36-volt system powered by 18 two-volt deep-cycle batteries. Combined with a 7-horsepower electric motor, the ‘59s were good for 40 miles of operation with a top speed of 40 mph.

The same 7-horse motor was used for 1960, but the electric system was upgraded to 72 volts. Power came from a series of 12 six-volt batteries. The vitalized hardware improved performance dramatically, with range increasing to 60 miles, and top speed to a more respectable 60 mph.

Charging the Kilowatt came by way of a conventional electric cord, which was plugged into an ordinary household outlet. Specs are vague on this point, but we calculate the storage capacity of the 72-volt system to be about 6 kWh, which means that a full charge would have required 5-6 hours. An on-board DC charger and power cord came as standard equipment.

There is much conflicting information about total Kilowatt production, but the most-repeated numbers suggest that just 47 cars were built in total. 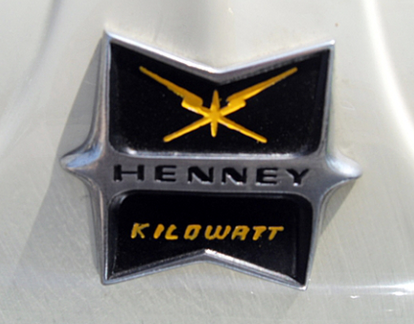 Apart from badging, the Kilowatt looked virtually identical to the Dauphine.

It seems that 32 cars were sold to electric utilities across the country, while just 15 made it into the hands of consumers—a few of these were registered as 1961 models.

History is also pretty vague on model-year production, but it’s possible that fewer than 20 Kilowatts were 1960 models featuring the upgraded powertrain.

Apart from the limited range and power, the Kilowatt came in well over budget, and was priced accordingly. Most sources report a staring price comfortably over $3600—about the cost of a nicely equipped Oldsmobile 98 of the day, and a tough pill to swallow when purchasing a car incapable of attaining highway speeds.

One source reports that only two running Kilowatts are known to exist in the United States. However, a quick YouTube search reveals several operating Kilowatts, all of which appear to have fallen into the hands of serious EV geeks.

So, like swing music, the electric car made a brief comeback well after its heyday. That said, electric vehicles are on the verge of a legitimate comeback, with the promise of accounting for more than half all car and truck sales by as early as 2035. We supposed swing could make a similar comeback, but we’re not banking on it.