The Mercedes-Benz 450SEL was the 1975 Consumer Guide luxury-category Best Buy.

According to Consumer Guide© Auto ’75, Best Buy selections are, “chosen on the basis of market research into what buyers in each category are seeking in their cars; and on a straight-forward, dollars-and-cents evaluation of what buyers are getting in quality, durability, economy, and function.”

Things really haven’t changed much in the four decades since that passage was written. In fact, for a look at Consumer Guide©’s 2014 Best buys, click here.

Back in ’75 we awarded Best Buy status to one vehicle in each of nine categories. Here’s the breakdown: 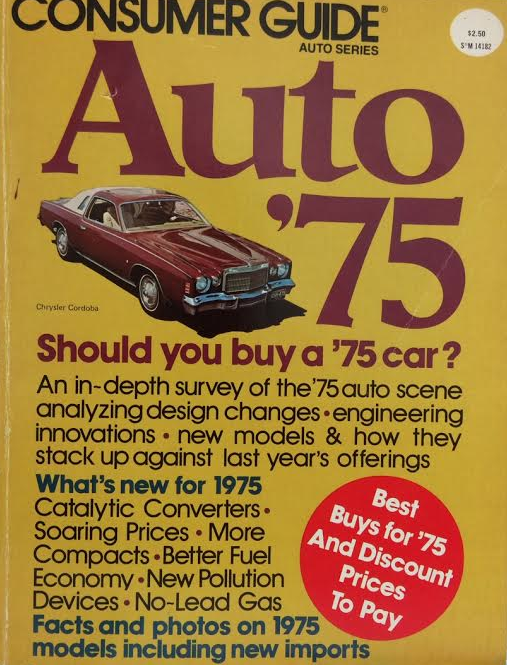 We would like to call attention to the awardee in the luxury category. Given that the editors of Consumer Guide© are—and always have been–the kind of guys that wouldn’t visit the emergency room without a Groupon, it’s worth noting that the chosen vehicle had a base price of around $15,000. To put that in perspective, the Lincoln Continental sedan started at just over $9500.

Still, the Consumer Guide© editors of 1975 make a power case for favoring the Mercedes-Benz 450SEL over all rivals, citing mostly engineering and build quality. We invite you to read the original effusive praise provided below.

Also, note references to the coming Cadillac Seville in the text below as the “LaSalle.”