Mr. Montalban didn’t want you to worry about going “small,” Cordoba did everything a big car did.  Chrysler built just over 150,000 of the personal luxury coupes for 1975. Base price: $5392.

It took the odd sighting of a Cordoba in traffic this week to bring about this post. It’s only now, 40 years after the fact, the this Chrysler’s chromey goodness started to appeal to me. A friend’s dad had one, and as I recall it was nothing but trouble. Still, he held onto it for years, taken with its smooth ride and handsome, clubby cabin.

“In Cordoba, I have what I need.” Those are the words of Ricardo Montalban, spoken several years before he would go on to (re)play sci-fi’s ultimate outer-space bad guy, Khan Noonien Singh.

Khan, er, Montalban spoke those words in one of autodom’s best-remembered car ads, run as part of the Cordoba launch campaign.

In the ad, Montalban refers to the Cordoba as the “new small Chrysler.” At first, the suggestion that the Cordoba was in any way small made me chuckle, but I am writing this in 2014, not 1975.

Perhaps in response to the gas crisis of 1973, or the inflationary woes of the same period, Chrysler saw fit to create a coupe that, while in no way compact, was smaller, more efficient, and more affordable, than the large coupes its customers might be looking for a way out of.

Watching the commercial again, I realize that the subtext, masked by Montalban’s reassuring voice and continental accent, is basically an apology, really an acknowledgement that you the customer may not be quite comfortable with downsizing.

The commercial concludes with his incredible line, “I have more in this small car than great comfort at a most pleasant price, I have great confidence.” Translation, “Hey, if Ricardo digs this rig, you know it’s cool to ratchet things down a size class or two, right?”

And so it was across the category then known as personal luxury. A group of cars not from luxury makes, and not quite large, but still indulgent enough, in a somewhat responsible sort of way.

Who needed the full-length yardage of a two-door Newport Custom, Caprice Classic, or LTD Landau when for a little less cash you could be piloting an arguably sportier Cordoba, Monte Carlo, or Elite?

Ford fully recognized the potential of this segment in transition when it downsized and downpriced the Thunderbird for 1977.

Not depicted below are any members of the Buick Regal or Oldsmobile Cutlass families. Their exclusion from the list comes from their being models from broader ranges. Indeed, both the Regal coupe and Cutlass Supreme could be had in decontented, six-cylinder trim levels inconsistent with the personal-luxury idiom. Likewise, the aforementioned Thunderbird was still more of a Lincoln than a Ford in 1975, listing for nearly twice the price of the Ford Elite. 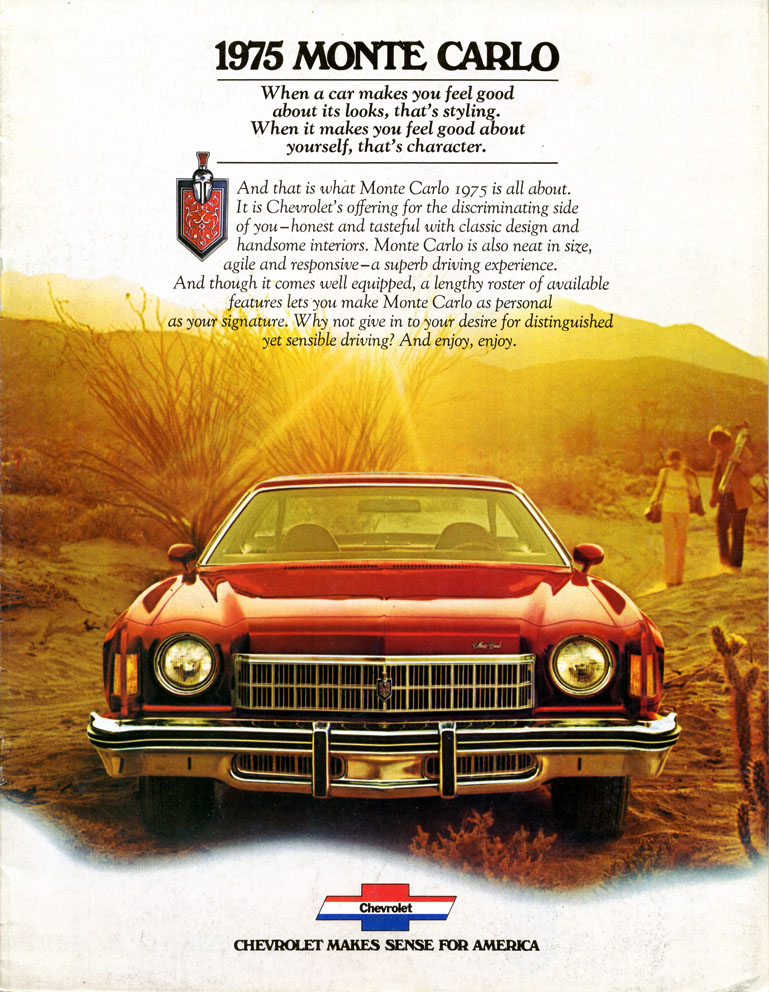 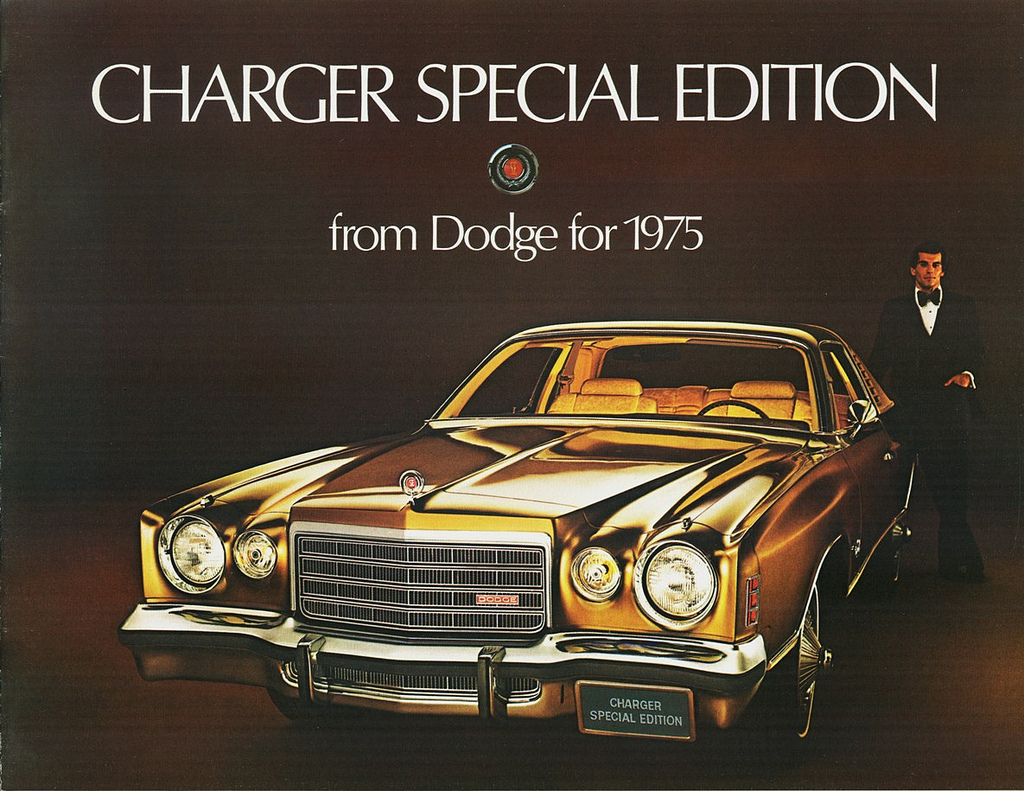 Though a mechanical clone of the Chrysler Cordoba, the Dodge Charge SE didn’t sell nearly as well. Despite a lower base price ($4903), Dodge moved just under 31,000 of these handsome coupes in 1975. 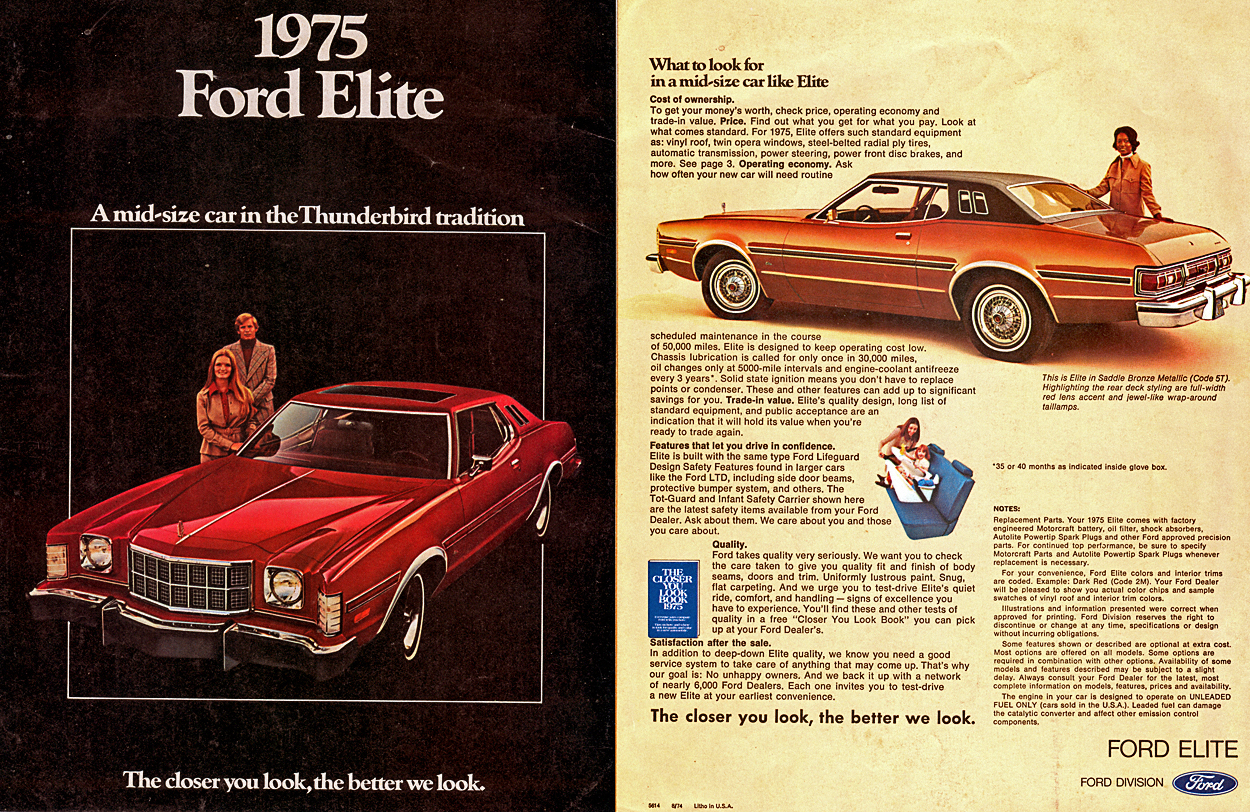 Sort of a Thunderbird light, Ford Elite hit a price point the Lincoln-based T-Bird could not. Based on pedestrian Torino, Elite sported a unique roofline. Almost 125,000 Elites were sold in 1975. Prices started at $4767. 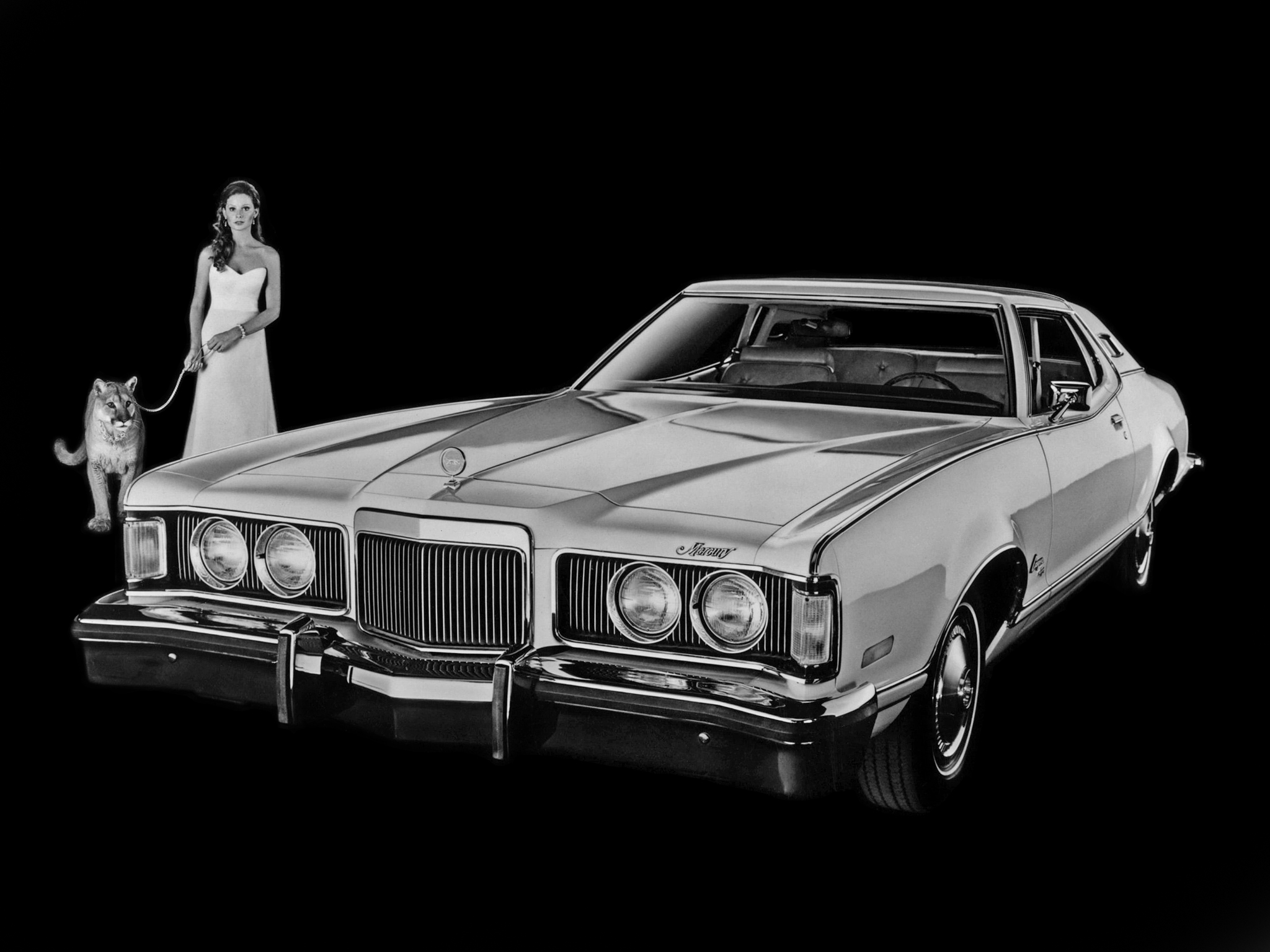 Though mechanically similar to the Ford Elite, Mercury Cougar XR-7 came standard with more equipment, helping to justify its $5218 starting price. About 60,000 of these rakish Mercurys found buyers in 1975. 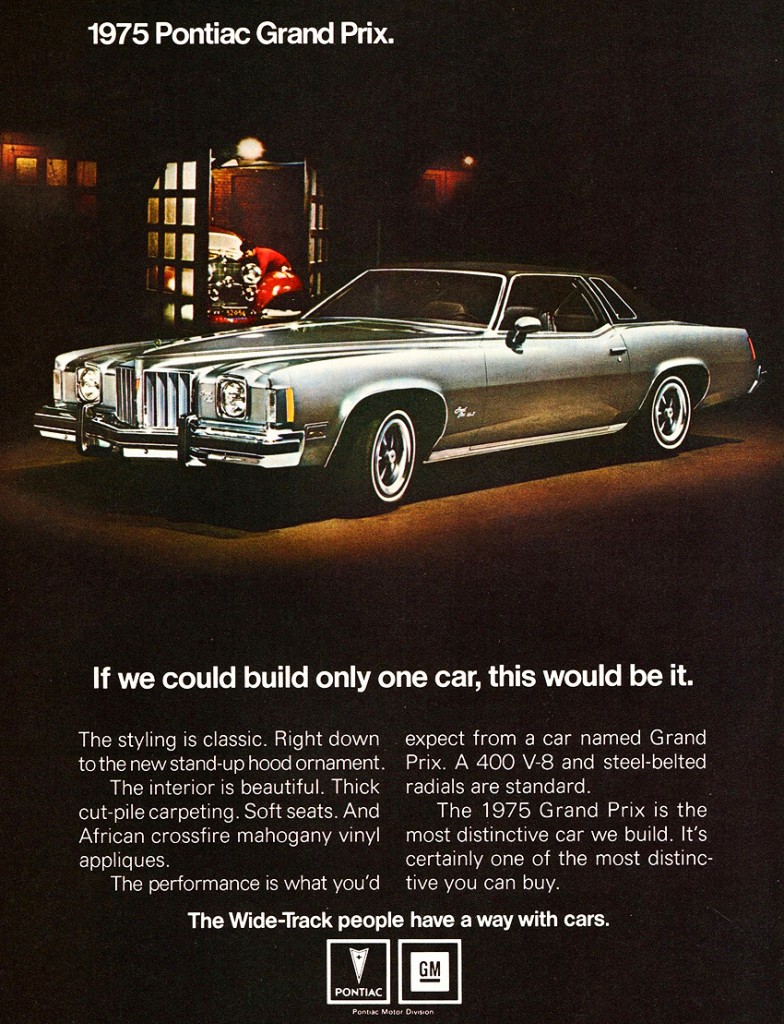 At $5296 to start, Pontiac Grand Prix was the second most expensive personal-luxury ride of 1975. With total sales of about 85,000, Grand Prix was outsold by corporate cousin Monte Carlo by a three-to-one ratio.