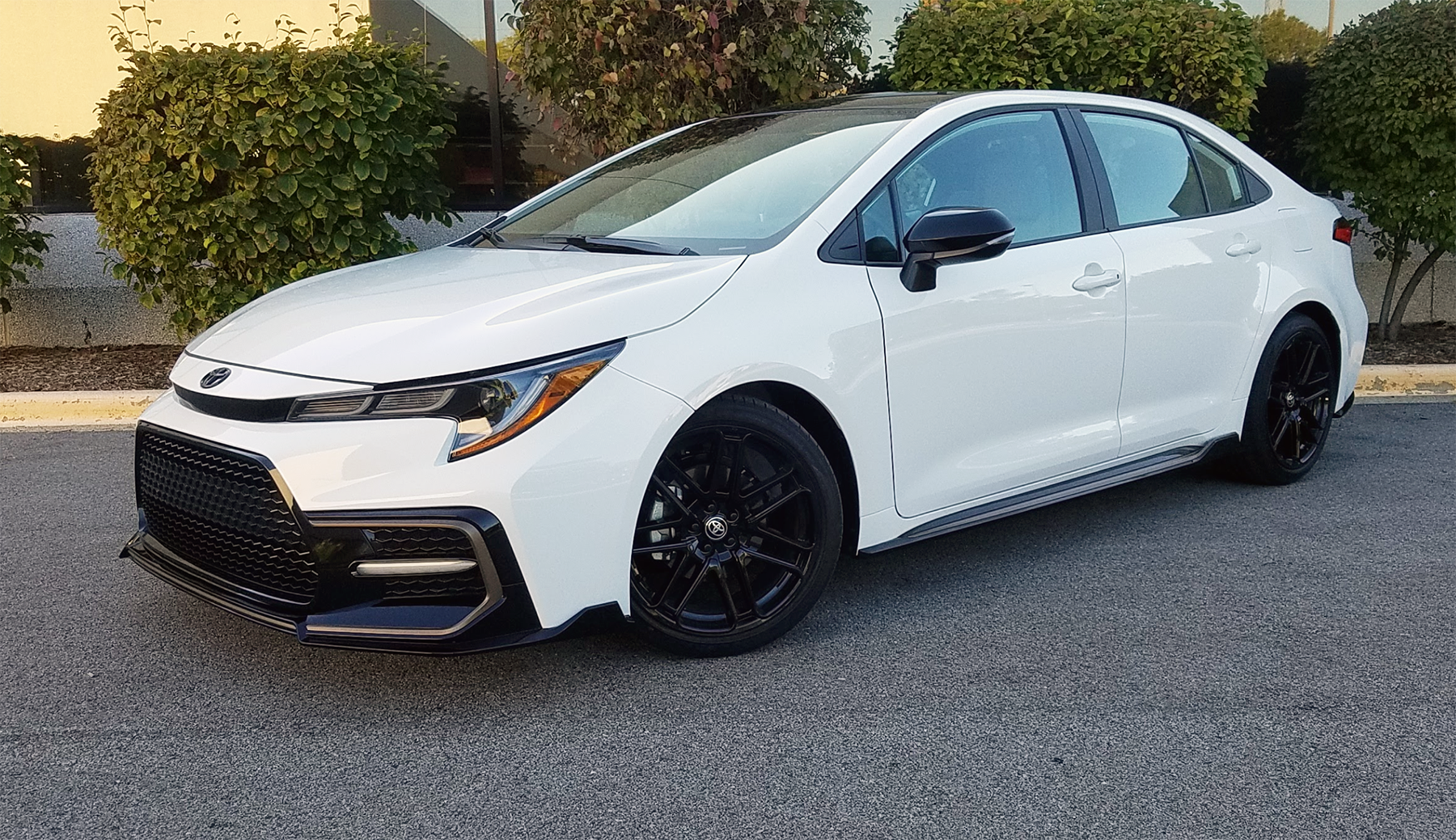 The not so good: Harsh ride; no horsepower boost over other sport-themed Corollas

Oh, so now the Toyota Corolla wants to be a sport sedan? Now—after what seems like 193 years of unassuming economy-car frugality? That is the improbable message one gets from the Corolla Apex Edition models that are new for 2021. Stranger yet, it fits a pattern.

Not only is Toyota sticking to a traditional “three-sedan” product program in a day when some other automakers are adopting a “no-sedan” philosophy, but it is adding enhanced-performance versions to cars that never had them before. Twenty twenty saw TRD (for Toyota Racing Development) models granted to the congenitally tame large Avalon and midsize Camry. Now the compact Corolla sedan receives the Apex treatment with chassis and aero changes that are available on SE and XSE models. 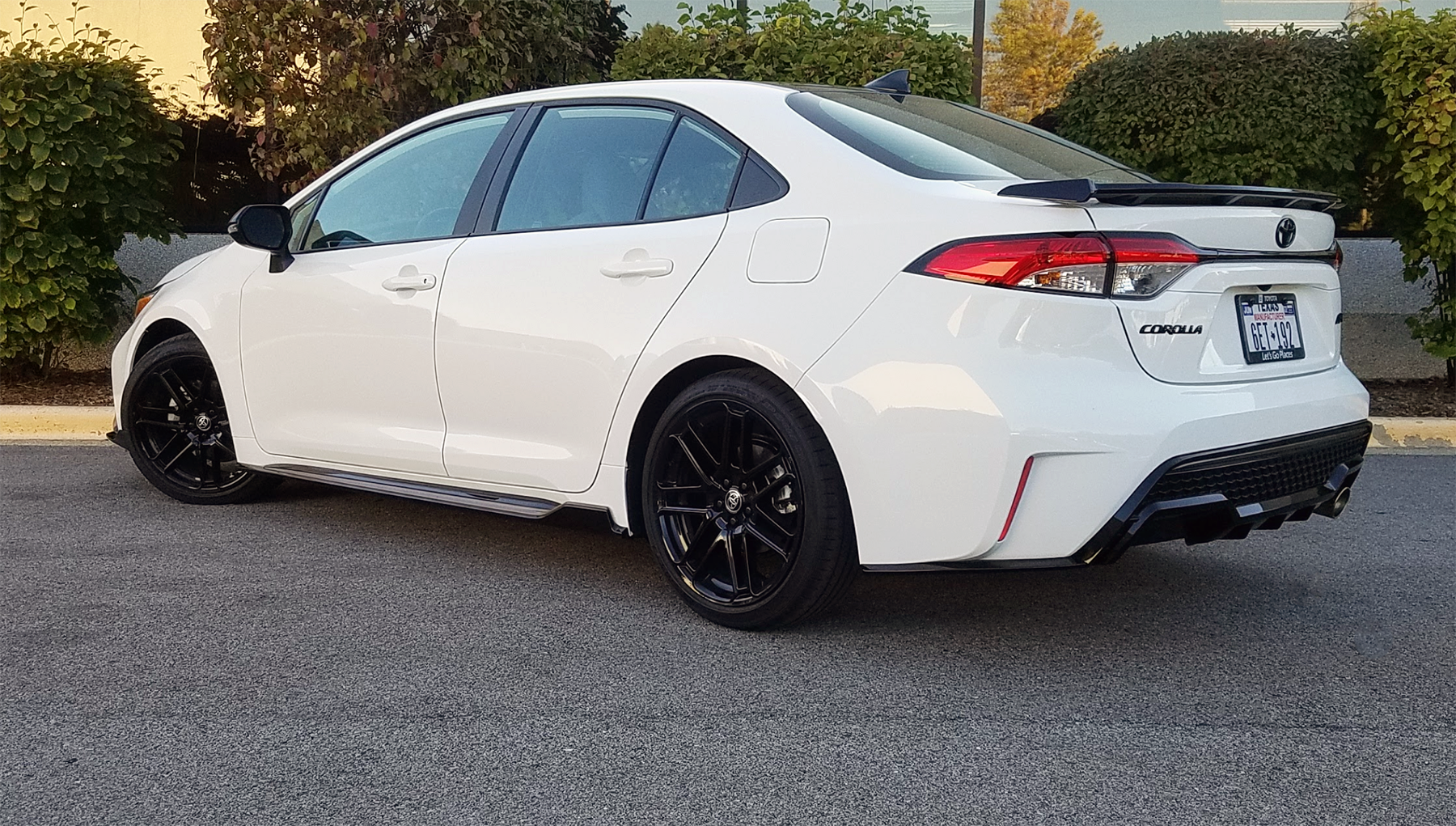 Toyota takes its recently redesigned Corolla sedan into tuner-car territory for 2021 with the addition of the Apex Edition. SE and better-equipped XSE versions will be offered, with total production limited to 6000 units.

There are limits to how far Toyota is willing to go with this: 6000 Apex-equipped cars will be built, and just 120 of them—all SEs—will have a 6-speed manual transmission with rev-matching control for downshifts. All the rest feature a “Dynamic Shift” continuously variable transmission (CVT) that uses meshed gears for “first-gear” launches before transitioning to the usual CVT belt-and-pulley operation.

Inside, there’s nothing to distinguish the Apex Edition from a regular Corolla SE or XSE (sport front bucket seats with more pronounced bolsters would have been nice, given this car’s mission). Most Apex Editions will have a CVT automatic transmission, but Toyota is producing a mere 120 Apex Editions with a 6-speed manual transmission.

An SE Apex Edition with CVT like the one that Consumer Guide tested starts at $26,065 with delivery, which is $2695 more than a comparable SE without Apex accoutrements. (The $26,455 manual-shift SE Apex and $29,205 XSE Apex each cost $2385 more than their respective counterparts.) The extra money secures a suspension with higher-rate springs that lower the Corolla by 0.6 inch and reduce roll angle in cornering, stiffer shock absorbers with internal rebound springs, more-rigid solid stabilizer bars, and specific jounce bumpers. Wheels are lighter-weight 18-inch flow-formed cast-aluminum rims painted gloss black and shod with either all-season or grippier summer tires. The electronic power steering is specifically calibrated for the Apex, and a distinct catback exhaust with more growl to it ends in a conical 3.5-inch stainless-steel tip. 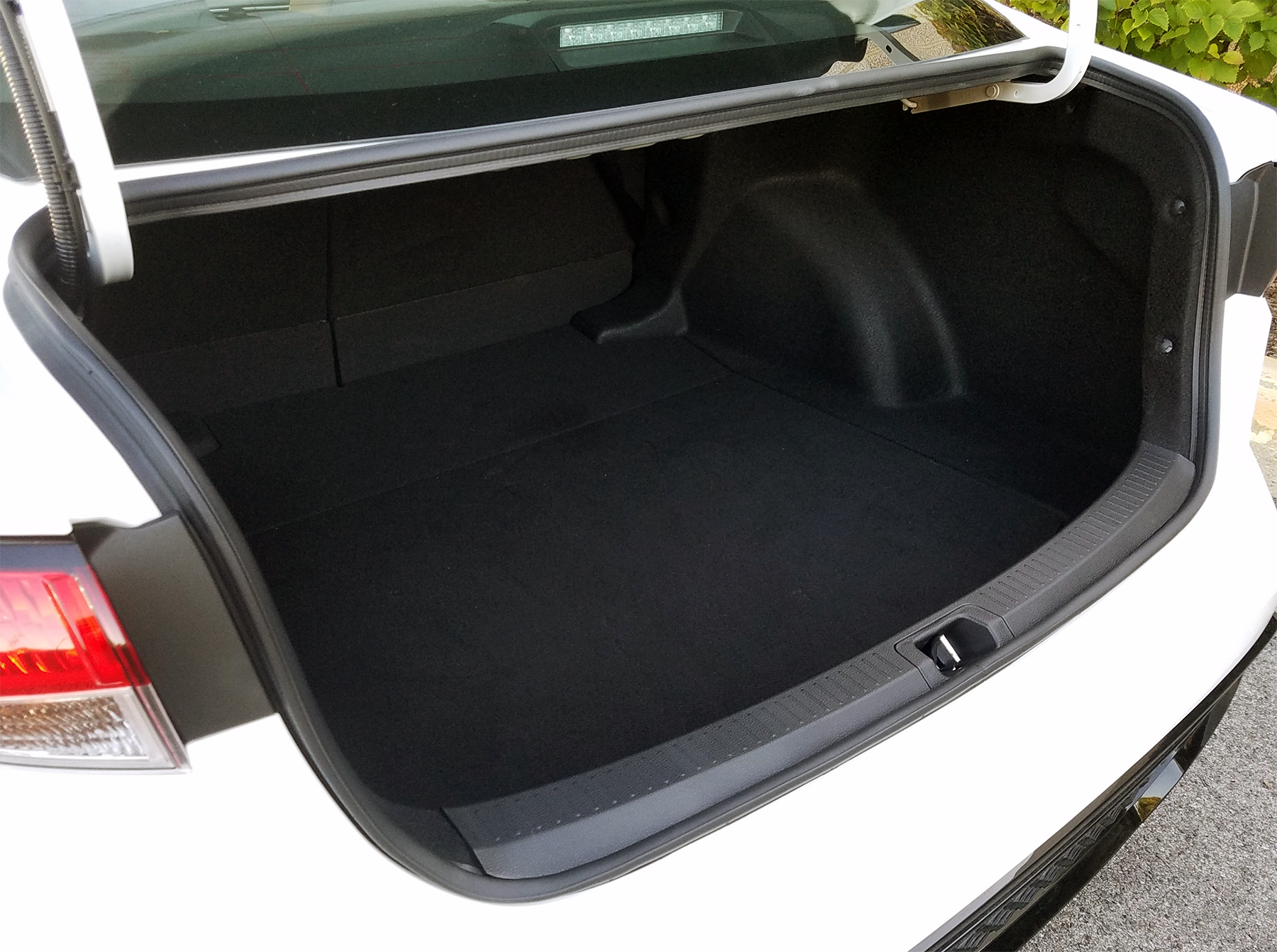 There’s 13.1 cubic feet of space in the Corolla sedan’s trunk, and the opening is large enough to fit fairly bulky items.

One key piece of equipment that’s common to all SEs and XSEs is the 2.0-liter 4-cylinder engine. This naturally aspirated powerplant huffs out 169 horsepower at 6600 rpm and 151 lb-ft of torque at 4400 revs. With the launch-gear CVT, a 2.0-liter Corolla musters a better-than-expected charge off the line. CG’s own testing of a ’20 XSE with this powerteam resulted in 0-60-mph time of 8.55 seconds. Slightly lighter and marginally lower to the ground, the SE Apex Edition might conceivably be a wisp quicker than that. The Dynamic Shift CVT reserved for the 2.0 engine features 10 simulated sequential “shifts” and includes shifter paddles behind the steering wheel for drivers who want to call their own shots. This bandbox (it’s not really a gearbox, is it?) behaves a little better than most dull CVTs and “kicks down” well enough for decent passing power.

EPA fuel-economy estimates for CVT-equipped Apexes are 30 mpg in city driving, 38 on the highway, and 33 combined—a mile or so per gallon less than cars without the sport package get. (The projections with the manual transmission are lower still.) This reviewer saw 29.95 mpg from a run of 74 miles with 50 percent city-style driving.

The Apex Edition’s unique body styling bits include a front fascia with an integrated spoiler and bronze-colored accents, a rear diffuser, and bodyside moldings. A rear decklid spoiler is a $375 option.

The steps taken to improve cornering control seem to have worked. Our SE Apex resisted body roll very well in some of the tighter corners we ran it through. While not a font of feedback, steering is perhaps a little crisper than we’ve seen from other current-generation Corolla sedans. However, if the notion of a sportier Corolla has a dark side, it’s in the ride. There’s very little compliance over cracks or rail tracks. In fact, this is probably the stiffest-riding vehicle we’ve had through our test fleet in recent memory.

Considering that the current Corolla sedan was all new for the 2020 model year, the ’21 is little changed at its core. Android Auto smartphone compatibility joins the existing Apple CarPlay and Amazon Alexa features to round out the connectivity package. Automatic engine shut-off does just what it sounds like it does if the engine is left running to a predetermined time. All models get a 3-month satellite-radio all-access trial, and rear side air bags are added.

Despite its racier looks and aggressively tuned suspension, the Apex Edition doesn’t get any extra juice under the hood–it’s powered by the same 169-hp 2.0-liter 4-cylinder engine as its less-sporty stablemates. Lightweight 18-inch flow-formed aluminum wheels are standard; Toyota says they’re designed to improve the Apex Edition’s brake cooling.

There’s no fundamental change to passenger space, which is decent for the class. Though rear seat backs are somewhat upright, there’s enough legroom for 6-footers—though they might wish for a little more headroom. Personal-item storage falls to a decently sized glove box, a smallish console box, door pockets, and a pouch on the back of the front passenger seat. Cup holders are set in the console and the pull-down armrest in the rear seat. The 6-speaker audio system and automatic climate control are easy to use.

The wide trunk opening reveals 13.1 cubic feet of cargo space. Rear 60/40 seat backs fold nearly flat, but at a level several inches above the level of the trunk floor, and there’s a bulkhead that narrows passage from the trunk to the rear-seat area.

It’s not unheard of to have a sporty model in the utilitarian compact-sedan class. Consider the Honda Civic Si. The Corolla Apex may lag a little in power and refinement to the Si, but wouldn’t you know it, the Si isn’t on offer for 2021. Now might be the right time for this sprightlier Toyota.

The Corolla Apex Edition’s slick-looking body kit and blacked-out trim give it a surprisingly purposeful performance look, but there’s nothing truly special under the hood, and the stiff suspension is a big price to pay for the added cornering prowess. If you’re shopping for a sporty mainstream compact sedan, be sure to cross-shop the redesigned Hyundai Elantra N Line or the Kia Forte GT, or the new-for-2021 Mazda 3 2.5 Turbo if you want to go a bit upmarket. 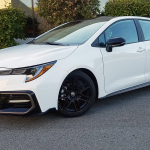 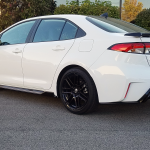 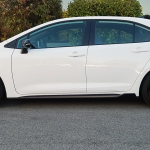 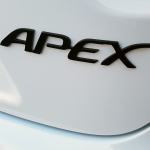 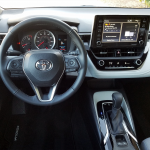 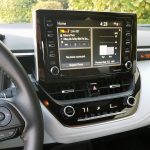 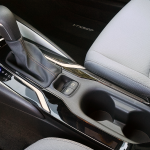 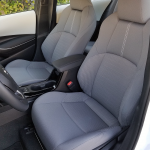 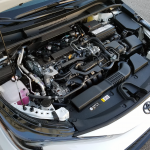 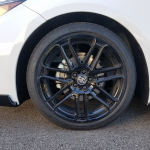 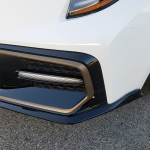 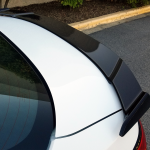 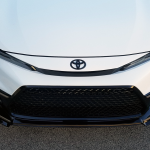 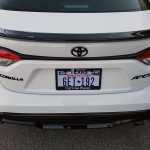 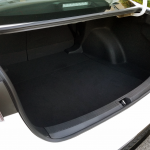