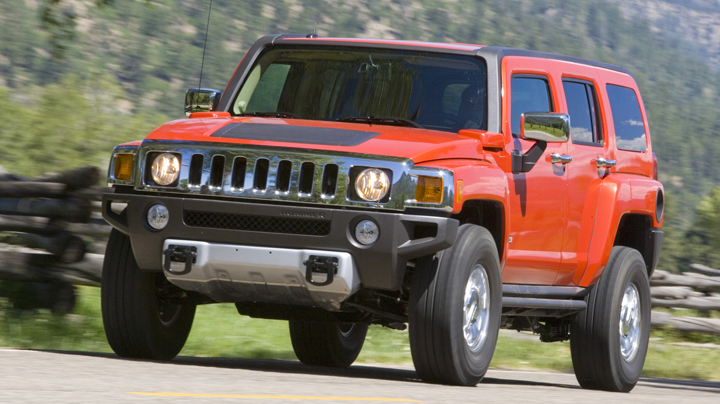 History has been unkind to the Hummer brand, and for the most part, rightly so. It would be hard to point at any General Motors project that better demonstrated a culture of commercial crassness, environmental tone-deafness, and just plain shortsightedness.

And looking back, one has to wonder that after selling an H2 to every guy who bought his Zuba pants and Oakley glasses by the case, who else was going to buy one of these things?

But, I would argue, not every Hummer model was completely absurd.

Yes, the H1 was nothing more than a military-spec patrol vehicle with leather seats. This mechanical extra from a Schwarzenegger movie was far too wide to drive in traffic and extremely cramped inside.

And the H2 was nothing more than a Chevrolet Suburban made stupid. GM essentially took a perfectly good large SUV and added weight, ruined the aerodynamics, and robbed it of nearly all its cargo-carrying capacity. It also painted a bunch of them yellow.

But, I would argue, the H3 was actually a rather nice little SUV. The H3, as many will remember, was based on GM’s compact pickup truck architecture, and it shared much, including powertrain components, with the Chevrolet Colorado and GMC Canyon. Additionally, the H3 looked proportionally less clumsy than the H2 on which it was too slavishly based.

Here, in defense of the smallest Hummer, are Consumer Guide’s thoughts on the inaugural 2006 model:

Power
The standard 5-cylinder engine provided what we considered to be “adequate” power, though some of our testers were looking for more passing suds.

Fuel Economy
We tested two 2006 H3 models, and recorded fuel economy in the 14.7-15.0 mpg range. That’s scary stuff now, but a far cry from the 10-mpg we saw in an H2, and about the same as most Chevy TrailBlazers and Ford Explorers were getting.

Ride
Some of us called it bouncy, but none of us suggested that the ride was harsh.

Handling
We praised the H3’s tight turning circle and responsive steering. The brakes also impressed us.

Comfort
Though we were annoyed by how difficult it was to get in and out of an H3, we praised the front-seat area as roomy and comfortable.

In conclusion, we noted that “Hummer’s smallest offering is also its most sensible SUV.” We added: “H3 combines comfortable accommodations and decent on-pavement dynamics with the promise of off-road proficiency.”

Damning the H3 as the best of the worst would be a mistake. The H3 really represented a new focus for Hummer, with an emphasis on real off-road prowess. A Jeep Wrangler-combating H4 was in the works when GM finally pulled the plug on the brand. So, unfortunately, we never go a chance to see if Hummer was destined to be something more than rolling jewelry for folks who would go on to admire the cast of Jersey Shore.