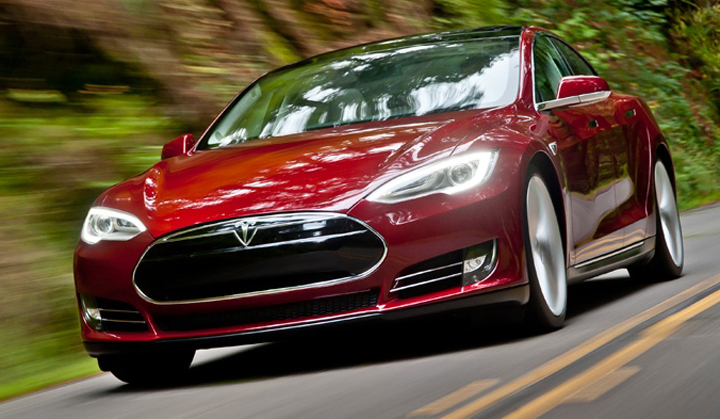 A Signature Performance version of the Tesla Model S

It was more than three years ago that electric-vehicle-maker Tesla unveiled prototypes of its Model S midsize hatchback sedan, claiming a 0-60-mph time of less than six seconds and a battery range of up to 300 miles. At the time, many considered it little more than an over-hyped automotive pipe dream.

On that date, several buyers—who had long had deposits down on their cars—finally took delivery of their Model S sedans from the Tesla manufacturing facility in Fremont, California. All the cars were top-line Signature Performance versions in black, white, or dark red. According to the company’s website (teslamotors.com), the Signature Performance version starts at just under $98,000 after the $7,500 federal tax credit, not including options.

Although no known subjective tests have yet been done on production models, the factory is sticking to its initial performance and range estimates. On the website, the Signature Performance version is described as having an 85 kWh (!) battery pack and a “high performance drive inverter” that allow it to dash from 0-60 mph in just 4.4 seconds, top out at 130 mph, and—with more sedate driving, one would assume—cover up to 300 miles on a single charge.

If 100 grand is a bit rich for your electric-loving blood, don’t despair. The Model S is offered in four versions, each with different features, battery size, and performance capabilities. The company’s website states that the base Model S, for example, comes standard with a 40 kWh battery pack that provides a 0-60-mph time of 6.5 seconds, a top speed of 110 mph, and a range of 160 miles—at about half the price of the aforementioned Signature Performance version. In between are versions with other battery sizes and performance specifications.

As might be expected, there are numerous high-tech features available on the Model S, some that are unique to this car. But perhaps most surprising is a feature that isn’t “high tech” at all. Recalling station wagons of the 1970s is an optional rear-facing 3rd-row seat mounted under the rear hatch that can accommodate two youngsters, bringing the passenger capacity to an SUV-like seven.

At a recent event hosted by a Tesla dealer in nearby Oakbrook, Illinois, I was able to sit in a “Beta test” Model S that was said to mirror the production versions. It was impressive to say the least, with equipment, design, and materials that easily matched similarly priced premium-midsize sedans such as the BMW 5-Series and Mercedes-Benz E-Class.

There are currently about 18 Tesla dealers in the U.S. (all listed on the website) with another four or so due to open soon. A dealer representative indicated that any Model S ordered today wouldn’t be delivered until next summer— quite a wait to be sure. But that’s not nearly as long as those initial buyers waited for theirs.