The Spark EV Is a Quick Little Buzzer—And Just $19,995 With the Federal Tax Credit 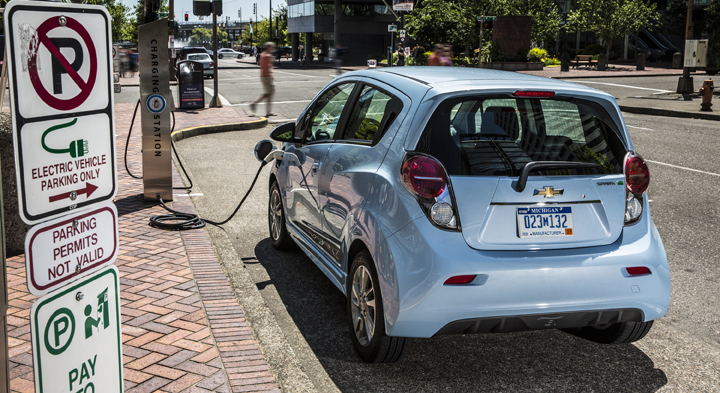 They’re certainly not for everyone, but electric vehicles are getting better and better, and thus ever more suitable for a wider range of drivers. Witness the latest electric vehicle to join the market: the Chevrolet Spark EV.

As the name implies, the Spark EV is essentially an electrified version of the company’s gas-powered Spark minicar introduced last year. Replacing the small 4-cylinder engine under the Spark’s bulbous hood is an electric motor that puts out far more power. It drives the front wheels through essentially a one-speed gearbox, and the Spark EV behaves much like a Spark with an automatic transmission—except it’s much quicker.

The requisite battery for the Spark EV resides under the rear of the car, and it fits in the space normally taken up by the gas tank and exhaust system—items electric vehicles don’t need. According to EPA estimates, the battery stores enough energy to power the car for 82 miles, a figure our preview test drive showed to be easily obtainable. Chevrolet says that 82 miles could be replenished in about 7 hours on a Level 2 (240-volt) charger. Later in the year, the Spark EV—which is on sale now, but only in California and Oregon—will offer Level 3 charging capability that will restore 80 percent of battery charge in about 20 minutes.

According to Chevrolet, the Spark EV’s electric motor is powerful enough to catapult the car from 0-60 mph in 7.6 seconds, which, based on our test drive, seems to be realistic. That would make it much quicker than the gas-engine Spark as well as its battery-powered competitors, including the Honda Fit EV, Nissan Leaf, and Mitsubishi i. Top speed is electronically limited to 90 mph.

On the road, this translates into a very spritely, almost sporty driving experience. Flooring the throttle from a stop results in a “gentlemanly” launch, quickly followed by a steady and strong surge of power—much akin to a jet on takeoff. As with all electric cars, reaction to throttle inputs while underway is almost instantaneous (as opposed to gas-engine cars, which usually have to “wait” for the transmission to downshift), except that reaction is somewhat stronger than in most other electric cars.

Due largely to the weight of the battery, the Spark EV is about 600 pounds heavier than its gas-powered sibling. Normally, that added heft wouldn’t help handling any. But as with most electric vehicles, the battery is carried under the floor, where it ends up lowering the car’s center of gravity. That makes for less body lean in turns, which equates to a sportier driving feel. And that’s exactly the case with the Spark EV. Add in the car’s small size and relatively tight turning radius, and you end up with a car that is quite fun to drive and very maneuverable.

Ride is also quite good for a small car; maybe even better than in the gas-powered Spark, which is already a step ahead of other minicars in this regard. There’s some mild hobby-horse fore-and-aft pitching over some bumps (largely the result of the short wheelbase), but normal road imperfections are absorbed with little fanfare.

A big advantage to the way Chevrolet managed to package the electric battery and drive components is that the interior and cargo space of the regular Spark were preserved intact. That means there’s enough room for four average-size adults with a small amount of cargo space left behind the rear seat. Unlike in many electric cars, folding the rear seatbacks results in a flat, almost level load floor, which—combined with the squared-off rear roof line—provides a usefully large cargo area, just as in the gas-powered Spark.

The passenger compartment is also the same as in the regular Spark, which means there are several convenient storage cubbies but no console box. Audio and climate controls are carried over, but the instrument panel now houses electronic readouts that can vary in layout and thus information displayed. We found all to be quite simple to understand and very useful in assessing a maximizing driving range.

Advances in electric-drive technology have not only made the cars better, they have also driven down costs. In that regard, the Spark EV has a bit of an advantage over some that arrived earlier to the EV party. It starts at $27,495, and that’s for a virtually “loaded” car with power everything and a navigation system. Subtracting the $7,500 federal tax credit on electric vehicles brings you to a very strategically arrived $19,995, making the Spark EV one of the few electric cars with a net price under $20,000.

None of this is going to mean much to you if an electric vehicle doesn’t suit your needs, but that is beginning to be a narrower and narrower portion of the driving population. Particularly if it’s a second car or if nearly all of your driving is in the city, an electric vehicle may well be a great choice. And among electric vehicles, the Spark EV might well be one of the better ones. 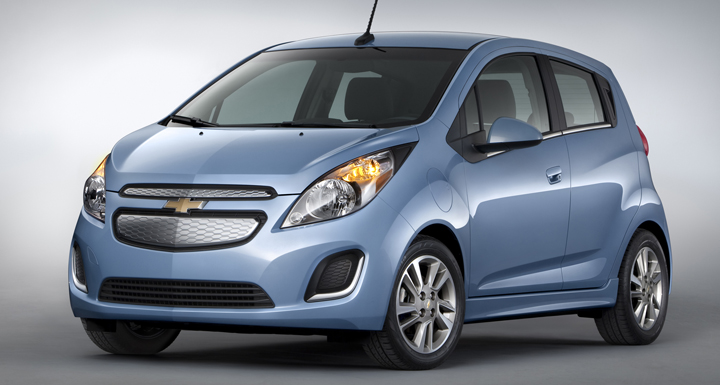 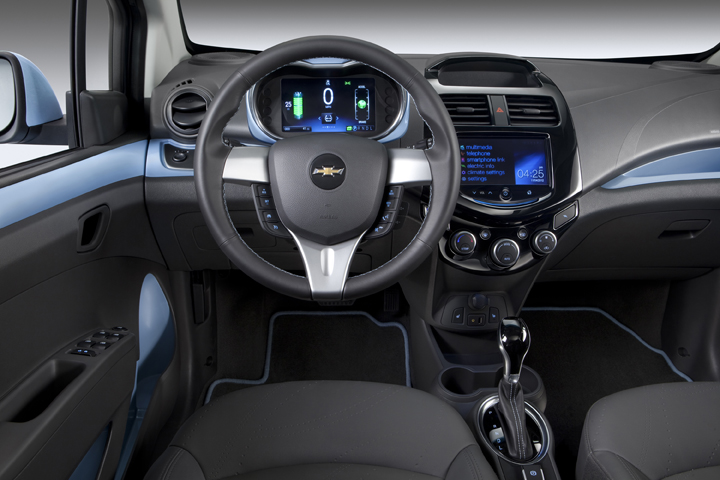 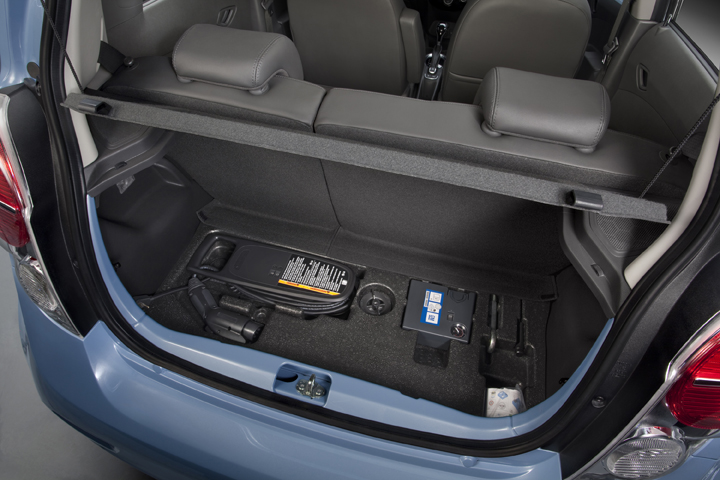