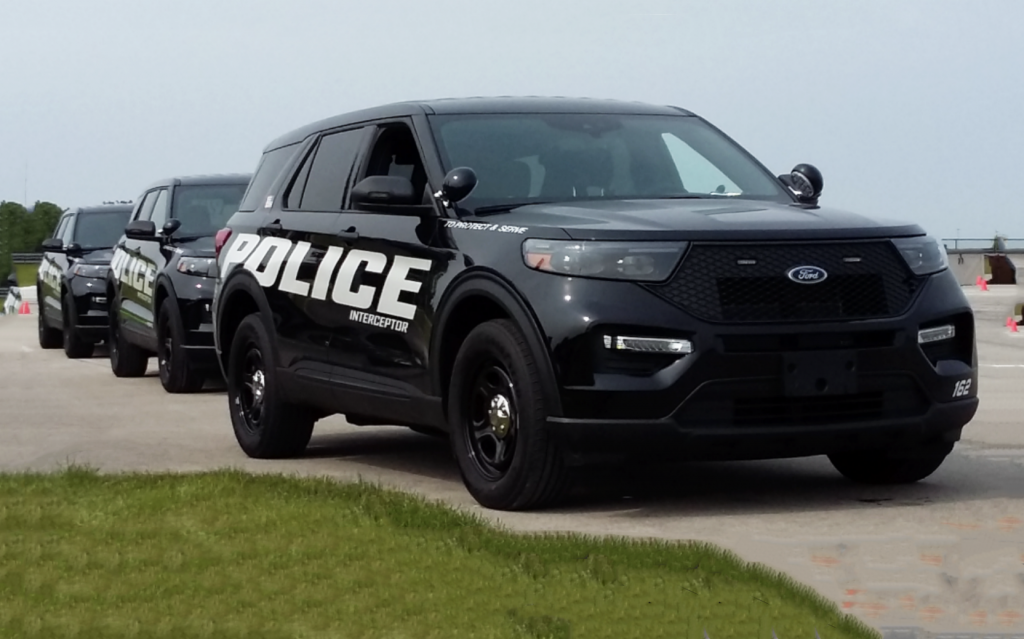 Ford says that one big reason its redesigned 2020 Explorer was switched from a front-drive platform to a rear-drive-based one was to improve front/rear weight balance and thus handling … and that’s largely to appease departments that use the Police Interceptor version for law enforcement.

And a lot of departments use them for law enforcement.

But there are a surprising number of differences between the Explorer you or I could buy and the Police Interceptor version law-enforcement agencies can buy … although the latter are eventually going to end up as used vehicles on the open market – and potentially, in your garage. 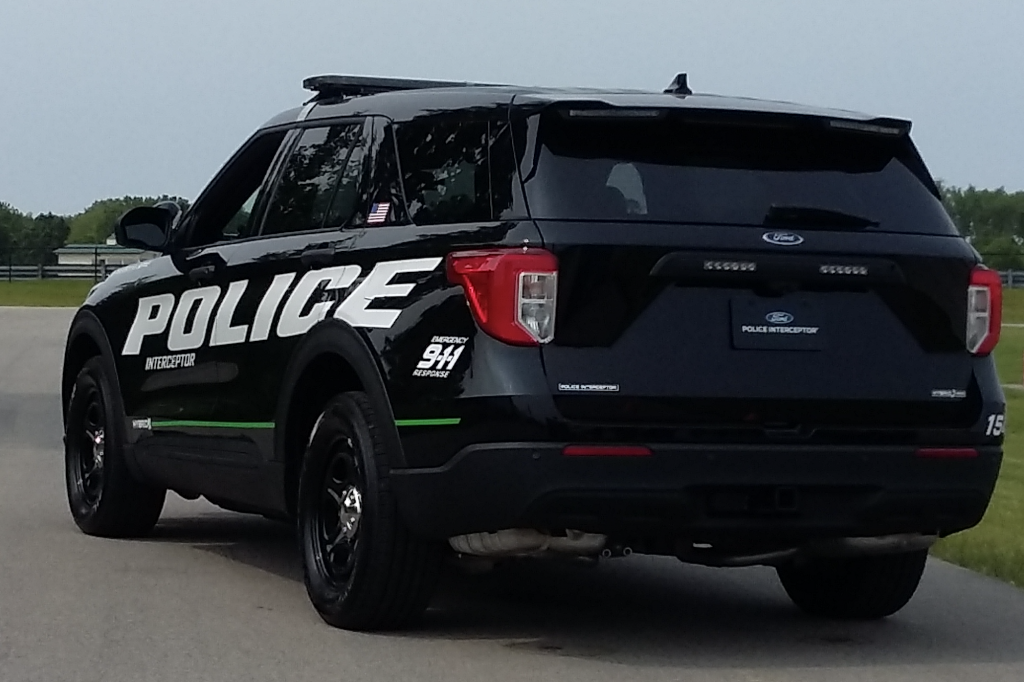 Police Interceptors all come with 4-wheel drive along with additional structural supports in the rear that allow them to pass a 75-mph rear collision test; civilian models only have to pass a 50-mph test. A newly available feature on Police Interceptors is 270-degree rear “motion detection” that will sound an alert inside the cabin if a person approaches from the side or back.

And then there are the powertrain choices. Most retail versions of the Explorer will come with a 300-horsepower 2.3-liter turbocharged EcoBoost 4-cylinder engine, which isn’t offered on the Police Interceptor; instead, it offers a 285-horsepower 3.3-liter V6 that’s a police exclusive. Available on both is a hybrid powertrain using that same V6 but with an electric motor backing it, the combination good for 318 horsepower. Topping both the police and civilian engine lineups is a 3.0-liter EcoBoost V6 putting out a rousing 400 horsepower, but the sporty ST is the only civilian model to get it (the Platinum has to make do with a 365-hp version). According to the Michigan State Police, which tests numerous police vehicles every year, a Police Interceptor with the 3.0-liter EcoBoost engine can accelerate to 60 mph in just 5.8 seconds — making it the quickest vehicle of any type tested — with the Hybrid managing the sprint in 7.4 seconds. All engines – even the hybrid’s – are mated to a 10-speed automatic transmission.

What Was the Carbon E7?

Biggest changes inside are that Police Interceptors have just two rows of seats rather than the three fitted to civilian versions, the seats are upholstered in tougher materials, and the transmission shift lever is on the column rather than being on the console, which frees up space for equipment.

In civilian models, that transmission is shifted via a console knob; in Police Interceptors, it’s controlled by an “old fashioned” steering-column shifter, which leaves the console open for police-type equipment such as computer keyboards and screens. 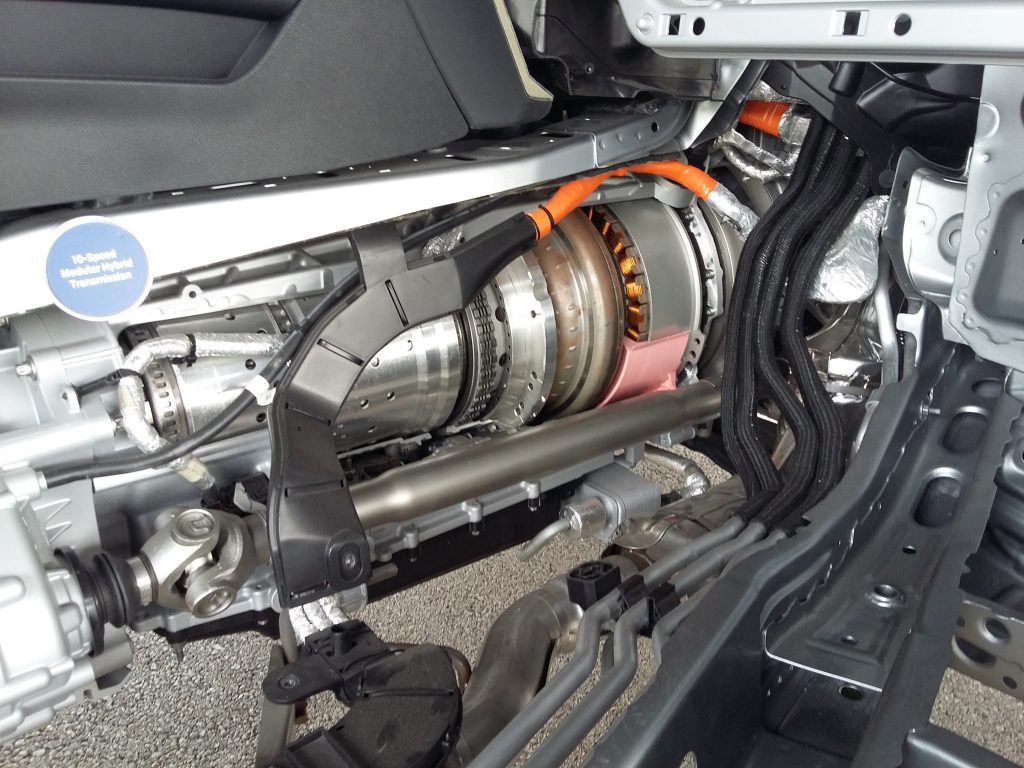 In sequence, the hybrid powertrain consists of a 3.3-liter V6 (not shown; it would be at far right), electric motor/generator (copper windings shown in this cutaway), torque converter, transmission, and 4WD transfer case (turning the forward driveshaft running under the transmission). In the Police Interceptor, the hybrid not only saves fuel when driving, it also saves it when parked but in use, as the battery can supply enough electricity to run equipment most of the time. The hybrid powertrain also saves wear-and-tear on brakes due to its regen capabilities.

While the Hybrid model — which Ford says is the first hybrid SUV to be pursuit rated — has merits in the civilian world, it has even more in the law-enforcement world. When the vehicle is sitting with the officer using electrical equipment (which would virtually always be the case when parked at the side of a road), the engine in gas models has to be constantly running. In the Hybrid, however, the engine can be off most of the time, with electric power being supplied by the 1.5 kWh hybrid battery. When the charge in that battery gets low, the engine automatically starts up and turns a generator that recharges the battery. Ford says the engine would likely only run for about 20 minutes every two hours, and that – along with the Hybrid’s better fuel economy – would save the average police department about 1300 gallons of fuel per year. More would be saved on maintenance, because the engine wouldn’t need as many oil changes (all models offer an engine-hour meter), and the “regen” properties of a hybrid substantially saves on brake wear. (The generator is engaged when the driver lifts off the gas, and resistance of the generator slows the vehicle down while recharging the battery, with the physical brakes normally only being applied at the very end of a stop.) A Ford-supplied calculator for figuring your own cost savings can be found here.

A neat feature offered on Police Interceptors is Police Perimeter Alert. It “scans” a 270-degree field behind the vehicle, sounding an alert and turning on position indicators (sort of like a sonar scanner on a ship) and the rearview camera if a person approaches the vehicle from the sides or back. Also, the rearview camera can be activated manually with the press of a button even if the vehicle isn’t in Reverse.

Another change on Police Interceptors is that they incorporate some additional structural rails in back to allow them to be certified for 75-mph rear crash protection; civilian models are only rated for 50 mph.

Oh … and one more difference. Police Interceptors get a blacked-out grille with a rectangular cut-out in the middle, whereas all civilian versions get grilles with some level of chrome trim. 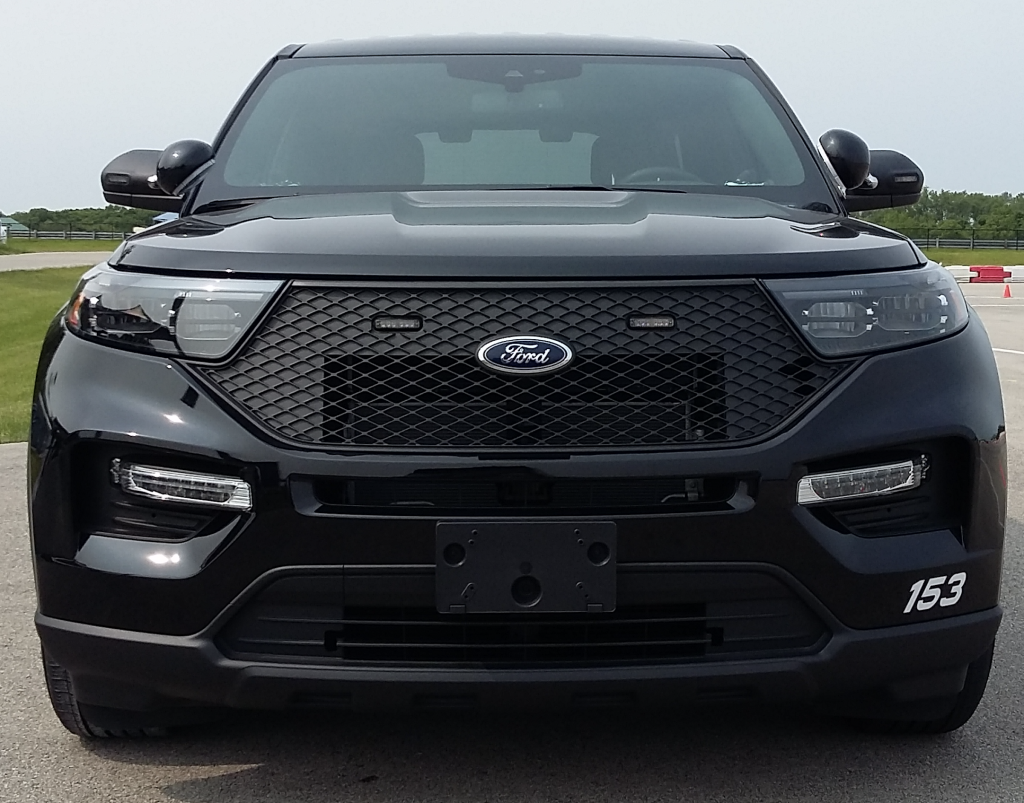 A rearview-mirror view of the 2020 Ford Police Interceptor.