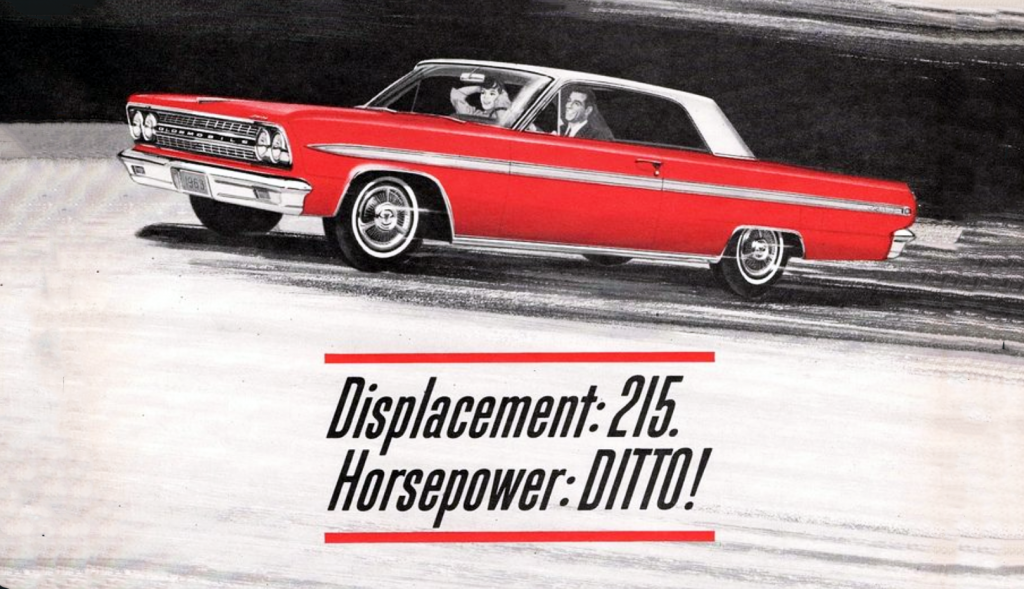 Legendary Chicago Cubs second baseman Ryne Sandberg racked up nine Gold Gloves during his 17-year career as a big-league ball player. That’s a number Ryno can point to with pride, and it’s a number even casual baseball fans can appreciate. Not that the famously modest ex-Cub spends much time defending his career, but if he had to, the stats are there. 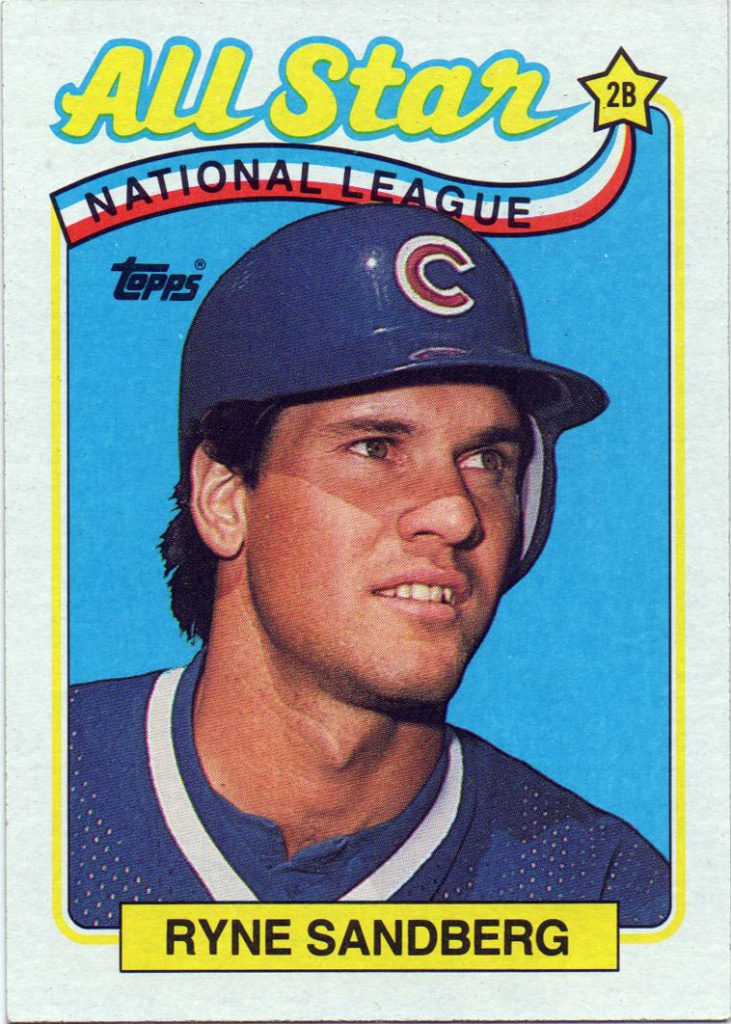 For MLB Hall of Famer Ryne Sandberg, his Gold Glove award count serves as a pretty good performance statistic. For carmakers, horsepower has long been a reliable bragging right.

Automakers, however, spend lots of time—and even more money—promoting their wares, and if there’s a number or statistic they can use to help sell a car or truck, expect it to be used. For years, one of easiest numbers for auto advertisers to promote was horsepower. And why not? Horsepower numbers summarize a potentially compelling tale of acceleration, passing power, and highway cruising ease.

Consumers don’t respond to horsepower numbers as much as they once did—we’re more focused on safety and connectivity these days—but through the Sixties, big power numbers were understood to be a serious marketing tool, and those numbers frequently appeared in print advertising.

Collected here are ten classic car ads, each of which  boasts of the potential under the hood. Take note of the rising numbers over the decades, peaking here with a 1966 Chevrolet Corvette ad that mentions 425 horsepower.

If you recall an especially entertaining ad that touted horsepower, tell us about it. The place to leave comments is down below. 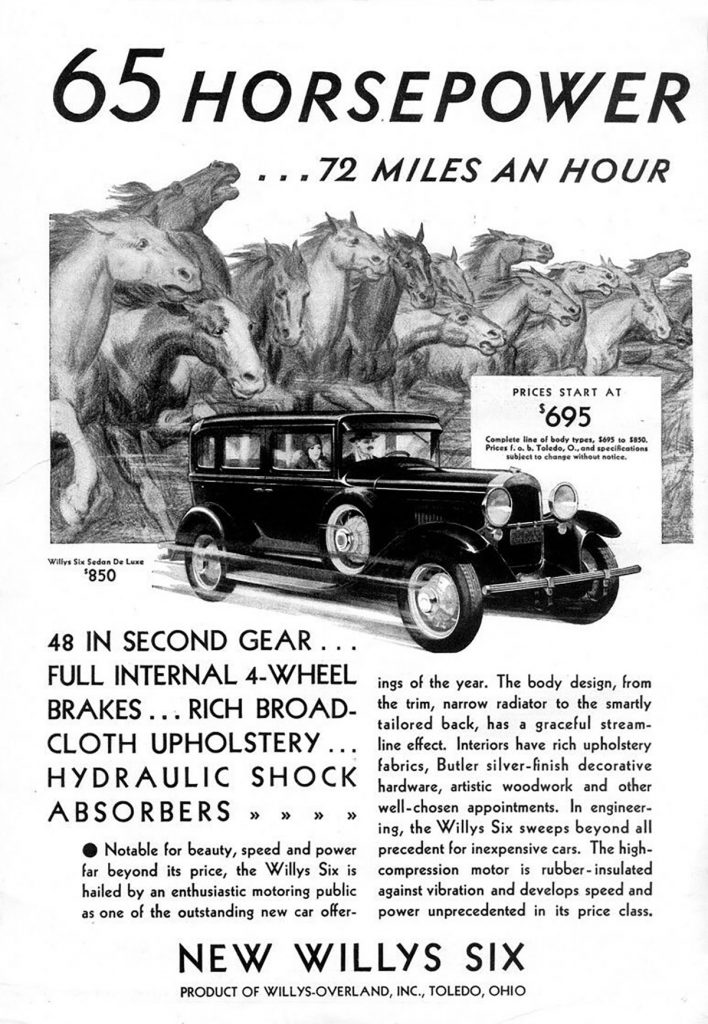 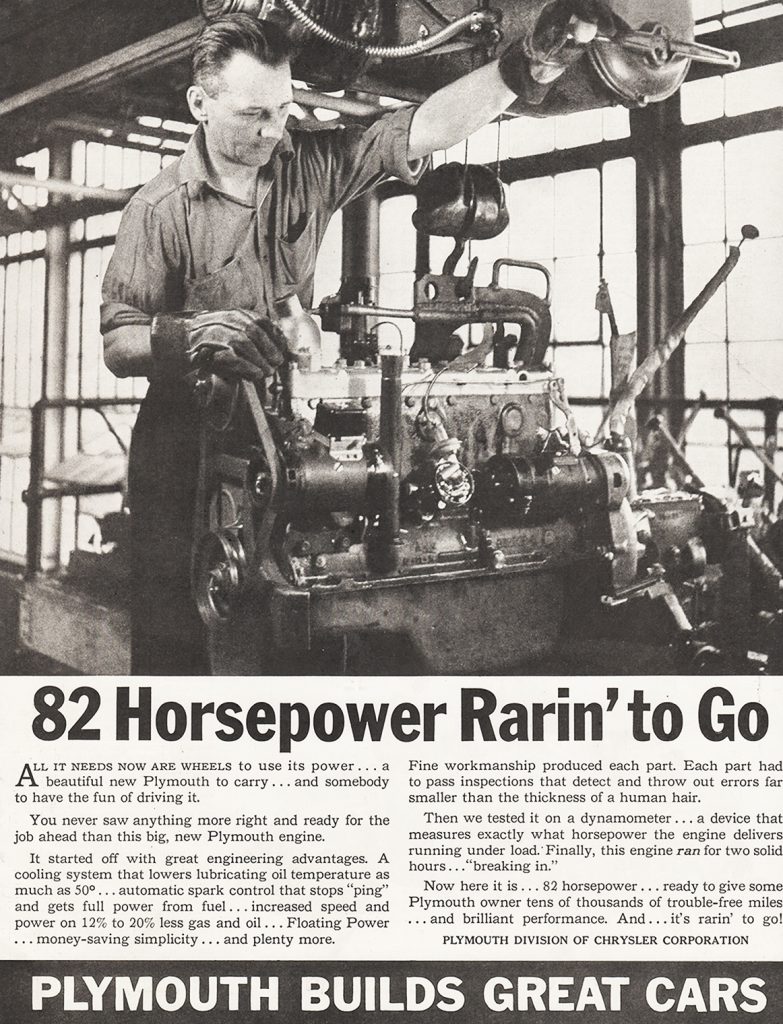 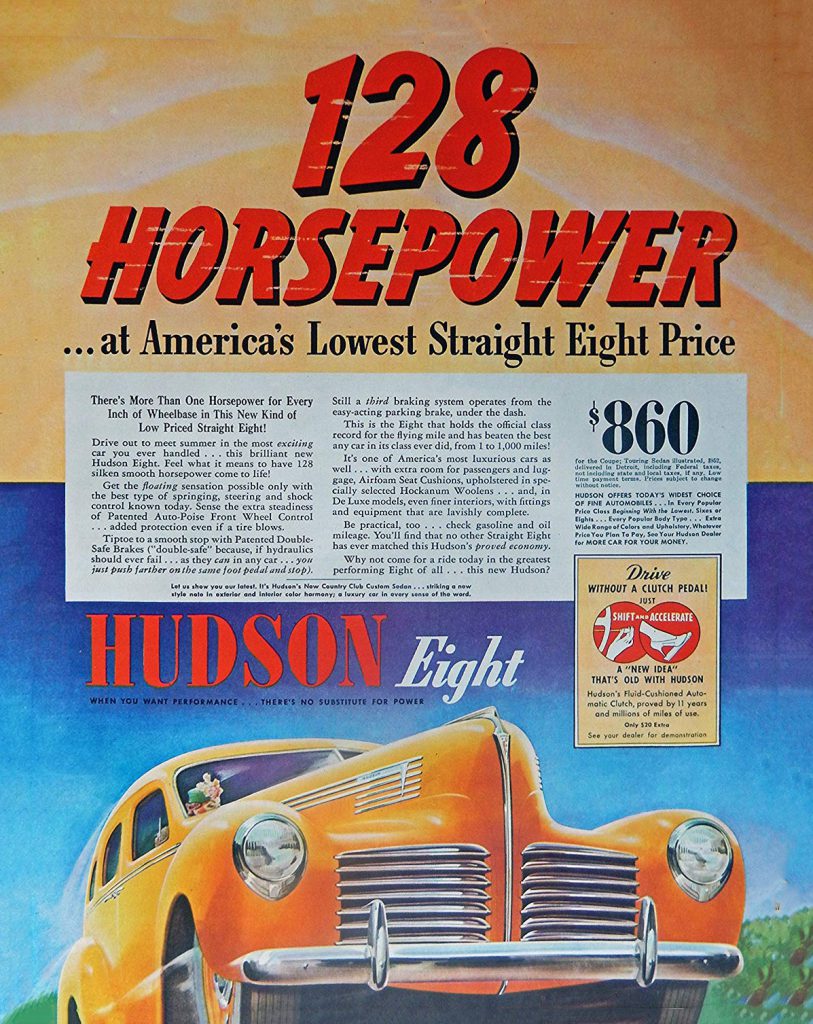 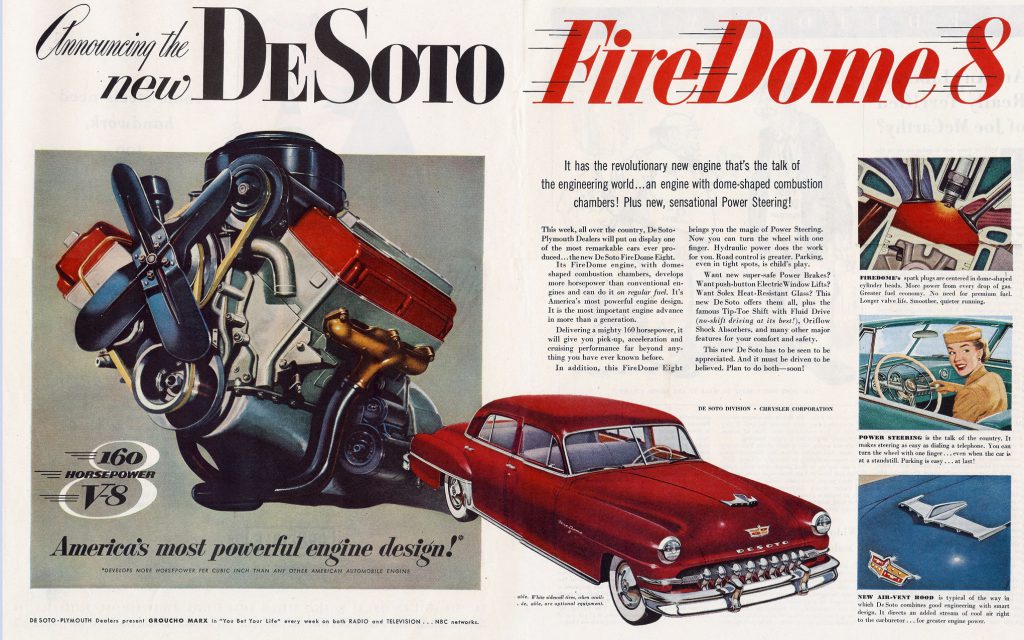 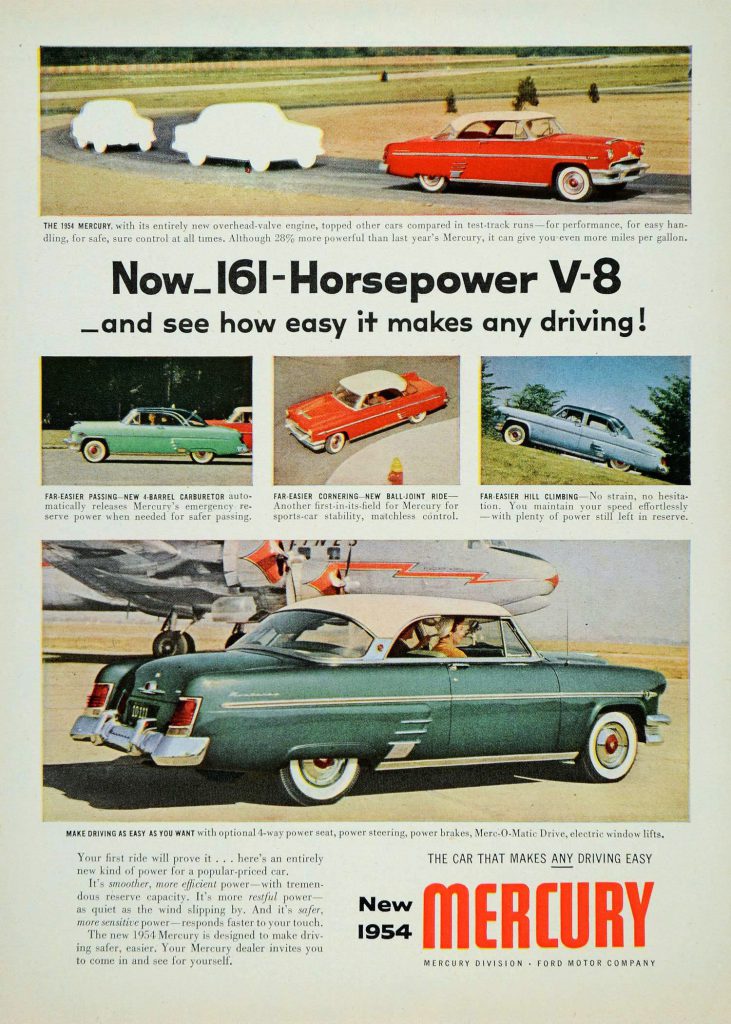 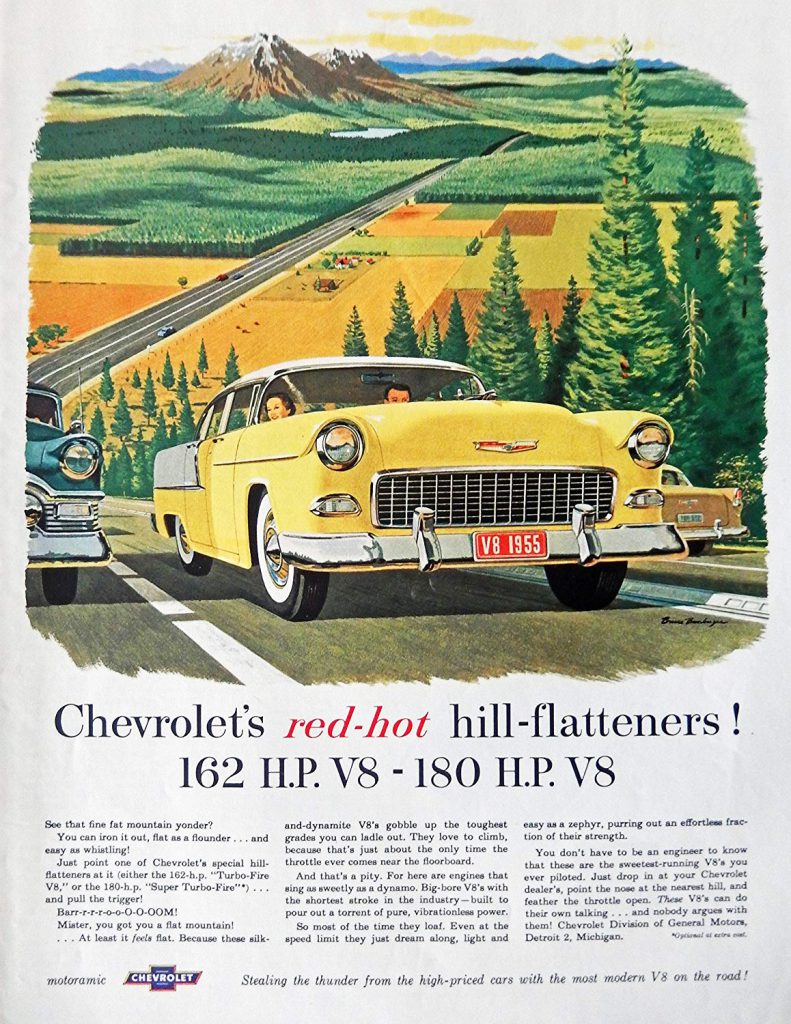 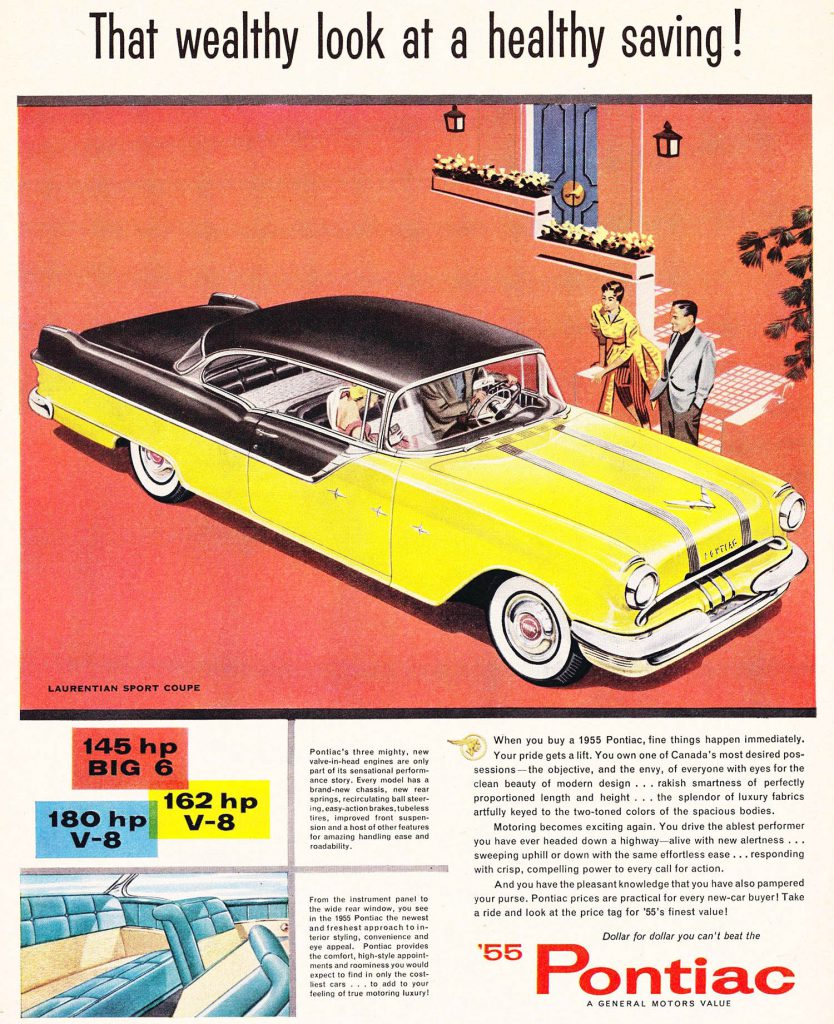 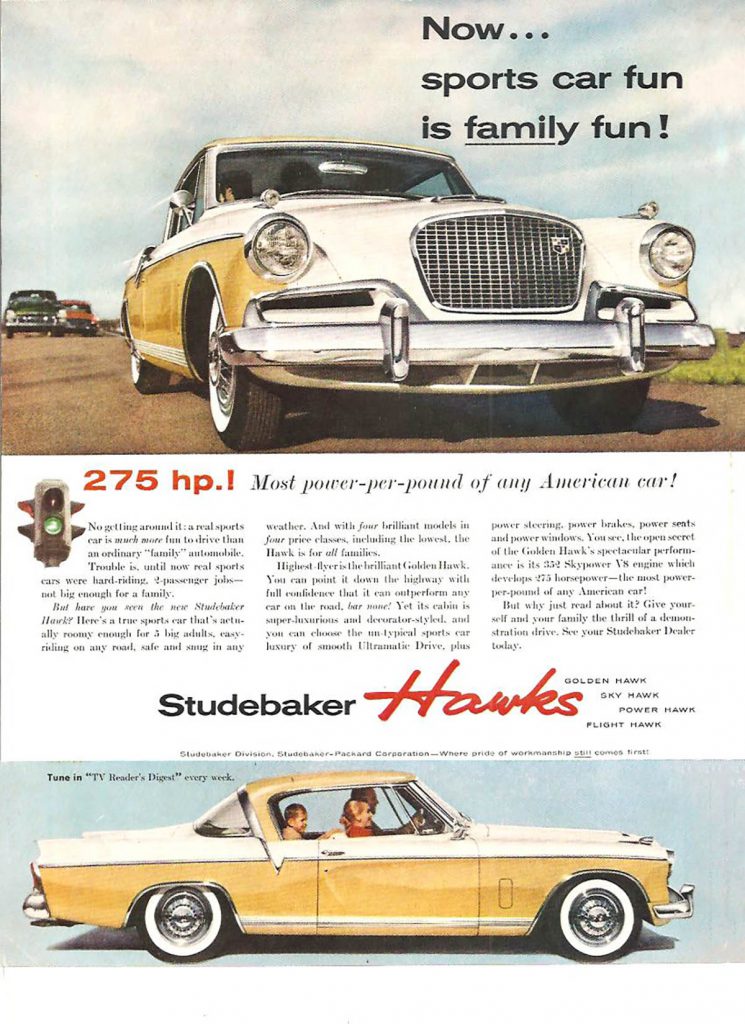 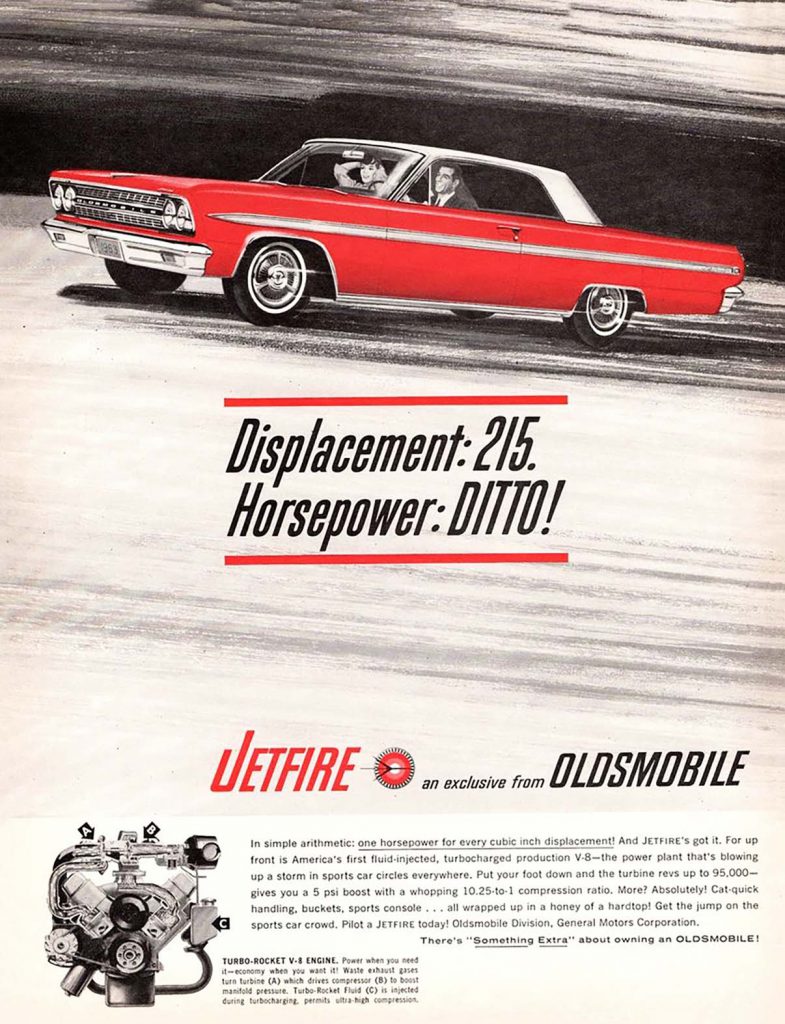 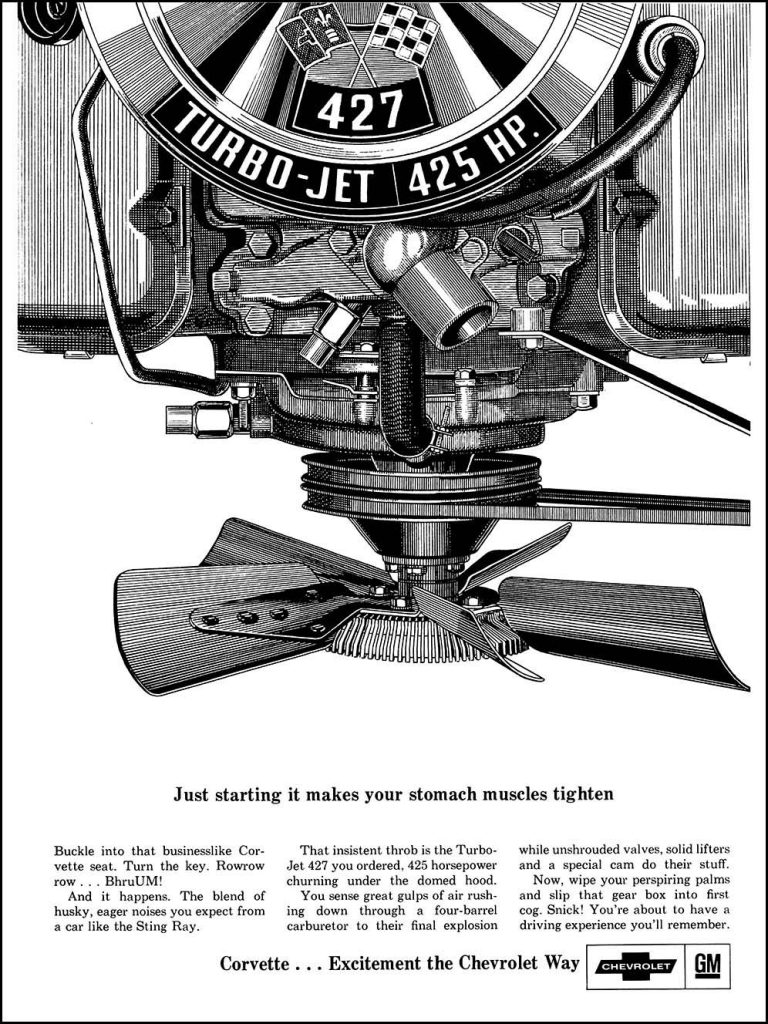