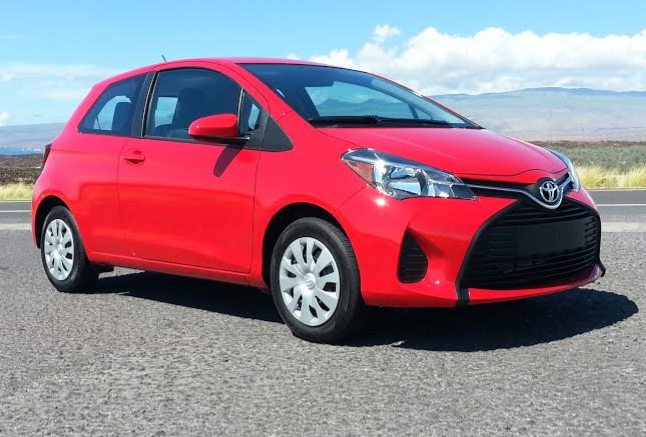 Toyota’s subcompact Yaris receives a number of updates for 2015, including freshened styling.

For 2015, the Toyota Yaris gets a mid-cycle refresh that includes an exterior styling facelift, reinforced body structure, retuned suspension, and a freshened interior. The current-generation Yaris debuted for the 2012 model year, and started to feel rather old quickly against an influx of impressive new subcompact-class competitors such as the Chevrolet Sonic and Hyundai Accent.

There are subtle updates all around the 2015 Yaris’s body, but the most radical changes are up front: Yaris gets a much more dynamic visage via a new nose with an aggressive trapezoidal grille. The new front-end design is certainly more memorable than before… whether or not it is better-looking is open to debate. 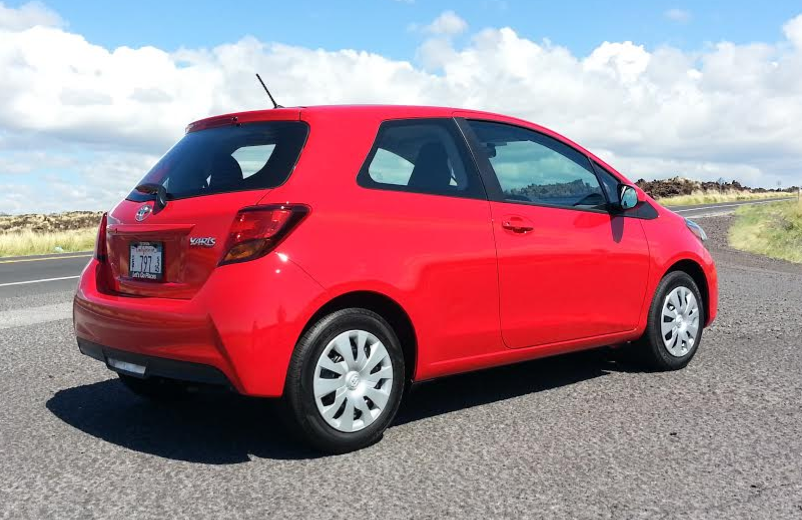 New taillights and a new bumper with an integrated backup lights are among the styling updates for 2015.

The Yaris’s internal structure is stiffened via 36 additional spot welds, which in turn enabled Toyota to soften up the suspension a bit for a slightly smoother ride without a compromise in handling. Though all subcompacts are fairly agile cars simply because of their light weight and small size, the Yaris still comes up mid pack at best when it comes to driving fun. The Chevrolet Sonic and new-for-2015 Honda Fit have nothing to worry about here. 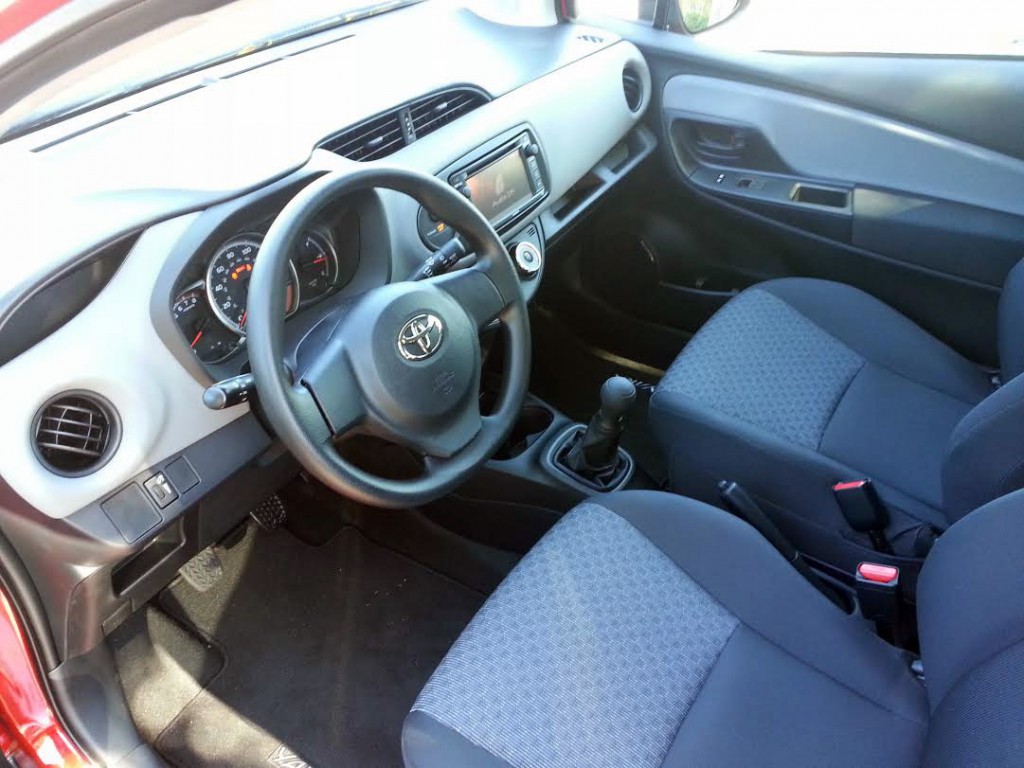 The L model’s interior is pleasant enough, but light on frills.

Powertrains are unchanged, so the Yaris is still saddled with its miserly but otherwise mediocre 1.5-liter 4-cylinder coupled to a 5-speed manual (in L and SE models) or a 4-speed automatic transmission. Most subcompact competitors offer more up-to-date 6-speeds or continuously variable transmissions (CVTs).  The Yaris’s engine needs high engine speeds to deliver better-than-adequate power, and it can get rather noisy at those lofty rpms. At least the cabin is quieter than before: Toyota added insulation and took other noise-reduction measures to reduce the racket.

The interior has also been upgraded with better seat fabric, metallic-look trim pieces, and more soft-touch surfaces, but we were disappointed that a center-console armrest for the driver and a telescopic steering column were apparently not in the budget. All Yarises come with Toyota’s Entune Audio system, which includes a 6.1-inch touch screen, Bluetooth connectivity, and a USB port and aux jack. A navigation system is now offered as a dealer-installed option, but satellite radio and the Entune App Suite are not available. 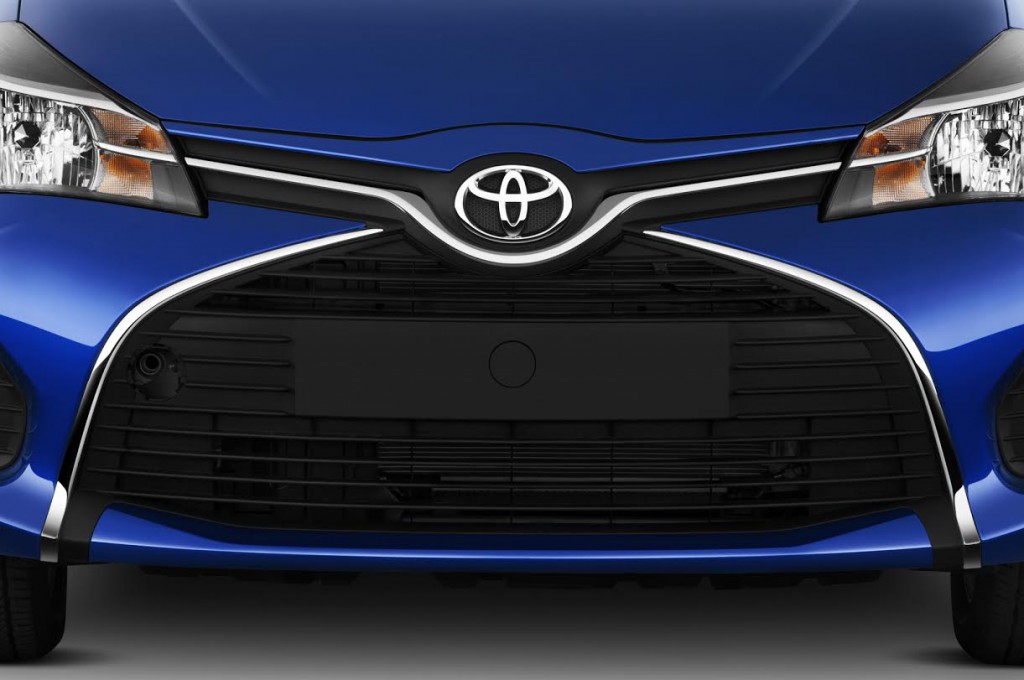 The Yaris LE gets a flashier look via extra chrome trim.

The Yaris’s simple model lineup ascends through L, LE, and sport-themed SE models, ranging from $14,845 for a manual-transmission L to $17,620 for an automatic-transmission SE. L models come with basics such as air conditioning, power windows, power door locks, and a 60/40 split folding rear seat. LE models add alloy wheels, cruise control, power mirrors, steering-wheel audio controls, and remote keyless entry. The sporty SE adds projector headlamps with LED daytime running lights, integrated fog lamps, and a rear spoiler. It also gets a sport suspension, 16-inch alloy wheels in place of 15s, and 4-wheel disc brakes (the L and LE have rear drum brakes). The SE comes only as a 4-door hatchback (L and LE are available as a 2-door- or 4-door hatchback) Aside from dealer-installed accessories, there are no options on the Yaris, so keep that in mind when comparing base prices… other subcompacts may be cheaper to start, but get more expensive than the Yaris as options are added. However, some rival subcompacts offer amenities that Yaris doesn’t, such as heated front seats, rearview camera, sunroof, and more-robust infotainment systems. 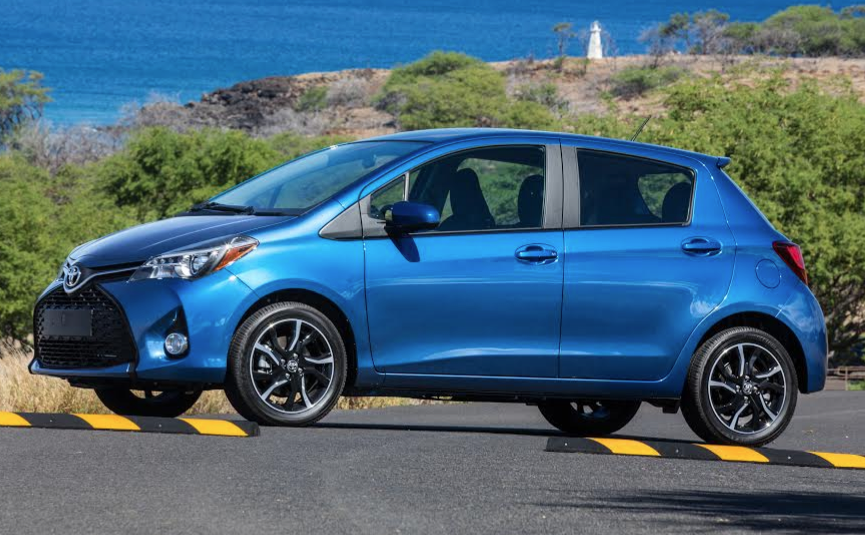 Yaris’s main appeal is its affordable pricing, along with Toyota’s solid reputation for reliability. The worthwhile updates for 2015 help keep it in the running until an all-new model appears, but most subcompacts match or beat the Yaris in terms of available features, driving enjoyment, and all-around refinement.