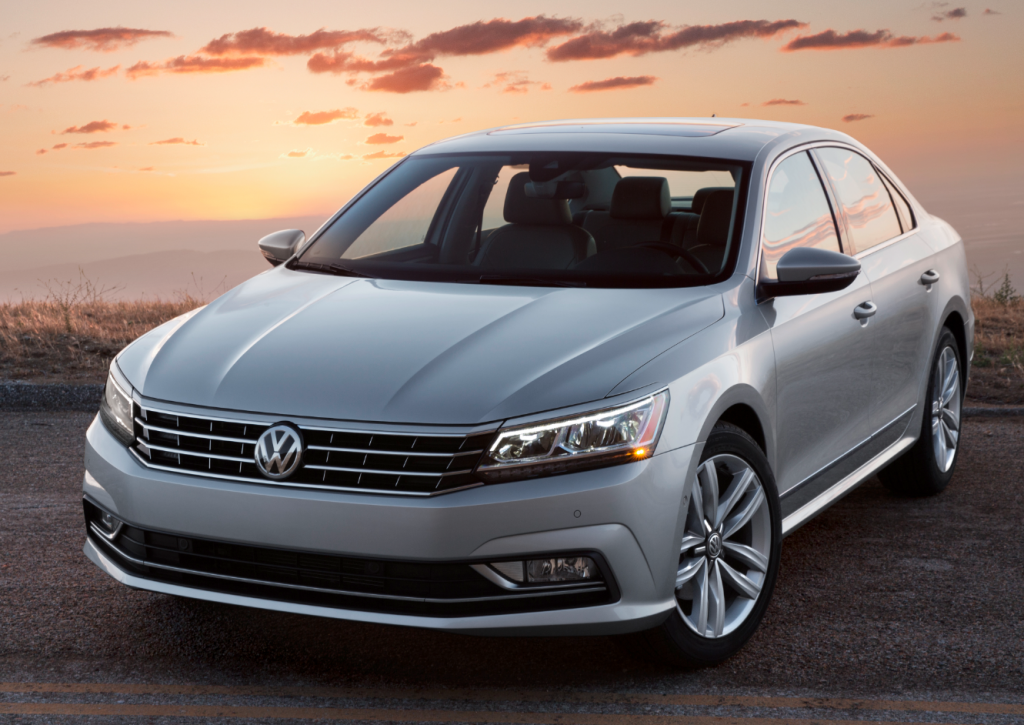 Styling changes to the 2016 Passat are subtle, but they help freshen the look a bit. Less subtle are the added features; most of the newest high-tech items are offered, albeit some only on upper trim levels. Prices start at $23,260 and run up to $37,655 for the top V6 model.

At first I was worried.

When an invitation arrived to a preview for the “new” 2016 Volkswagen Passat, I grew concerned that one of my favorite midsize sedans was going to become … well … less of a favorite.

It happens. Sometimes, a vehicle hits a peak of sorts where everything just seems to fall into place, and then a redesigned model replaces it that suffers from the “Change for the sake of change” syndrome and loses something in the transition.

But not this time.

Partly that’s due to the fact that the Passat really didn’t change that much at all—at least, not at its core. There are some styling tweaks to the grille, front fascia, hood, front fenders, trunklid, rear fascia, and taillights, but they’re frankly so subtle that you really have to see the old and new side-by-side to discern the difference. And for those who find the Passat’s clean, crisp, “mature” lines both appealing and unique, that’s not a bad thing. 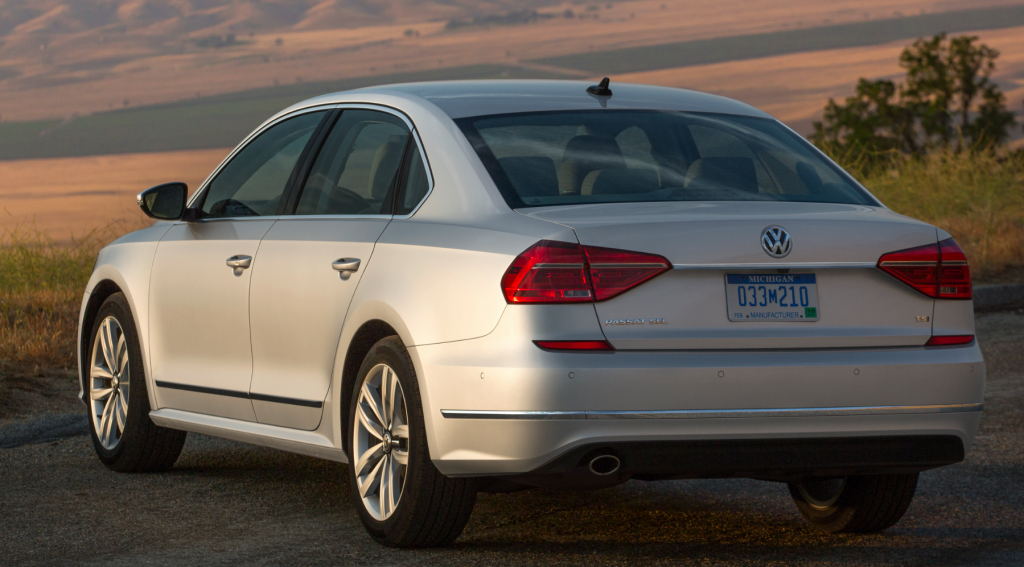 If you mistake a 2016 Passat for a 2015, you’re forgiven; the back end doesn’t look much different, either. Passenger and cargo space remain among the best in class, as is visibility.

Ditto for the inside. Some trim has been “dressed up” a bit, but the interior retains the linear, businesslike appearance and fine-quality materials that always made the Passat seem more upscale than its price tag would suggest.

So what’s “new”? Mostly the available features. And that’s entirely a good thing.

Modern as the car seemed when it was redesigned for 2012, the industry has since moved along. Notable by its absence was a USB port (now standard even in most low-priced cars), along with the latest high-tech safety features that have become expected options in the midsize class.

That’s all been fixed.

Passat’s base model is the S, which starts at $23,260 including the $820 destination charge. As before, it comes with a 170-horsepower turbocharged 1.8-liter 4-cylinder engine, but the previously standard 5-speed manual transmission has been replaced by the formerly optional 6-speed automatic. This powertrain is in all models except the range-topping, $37,655 V6 SEL Premium, which carries a 280-hp 3.6-liter V6 mated to a 6-speed dual-clutch automatic that functions much like a regular automatic. EPA fuel-economy ratings are 25 city/38 highway with the turbo four (up by 1-2 mpg over last year), 20 city/28 highway with the V6. 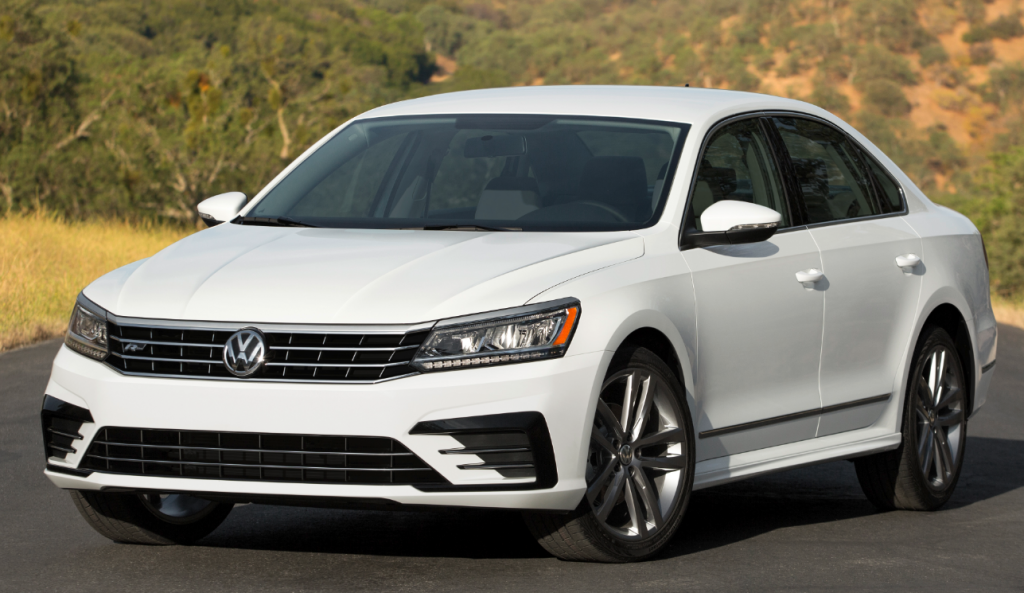 The new R-Line puts a sporty spin on this roomy sedan with 19-inch wheels and unique styling elements.

Next up is the new-for-2016 R-Line at $24,795. Intended as a sporty model, it adds 19-inch alloy wheels (vs. 16s on the S) along with special interior and exterior trim. Options include a $775 Comfort Package with leatherette upholstery, heated front seats, power driver seat, heated mirrors, and heated washer nozzles.

Some of the new high-tech features arrive on the $27,100 SE, which rides on 17-inch wheels and adds the R-Line’s Comfort Package items along with a sunroof, satellite radio, 6.3-inch touchscreen, and voice control. These include adaptive cruise control and forward collision warning and mitigation. The SE also has VW’s Car-Net App-Connect and Security& Service features. App-Connect offers integration with Apple CarPlay, Android Auto, and MirrorLink, while Security & Service features include automatic crash notification, manual emergency calling, remote door locking, and roadside assistance, along with the ability to locate your car and set parameters for distance and speed alerts (for instance, if your teenager is driving the car).

Features added to the $29,230 SE w/Technology model include Homelink universal garage-door opener, keyless entry with push-button start, rain-sensing wipers, heated rear seats, navigation system, and an Easy Open hands-free trunk, which can be opened by swiping your foot underneath the rear bumper with key in pocket or purse. Also added are a blind-spot monitor and rear cross-traffic alert, the latter of which will apply the brakes if you don’t when an approaching vehicle is detected. 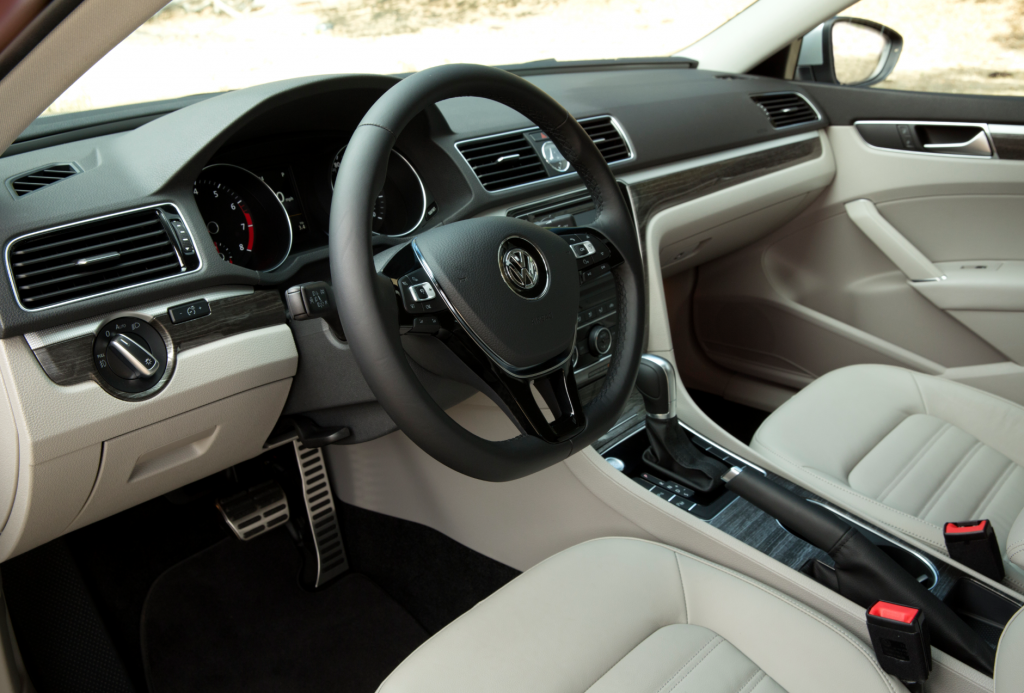 Moving up to the $35,090 SEL Premium gets you LED headlights (optional on other models), remote start, lane-departure warning with lane-keep assist, active blind-spot monitor with corrective steering (which works much like lane-keep assist), front and rear obstacle detection, and park assist, which will automatically parallel-park the vehicle.

Inside, the Passat’s straightforward, classically designed interior has been dressed up with streaked woodgrain trim and matte-silver accents. A two-tone color combination is offered, as is all black. Traditional round gauges face the driver, and the audio and climate controls are among the simplest in the segment to decipher and use.

Also among the segment’s best are visibility (thanks to unusually thin roof pillars), interior storage, and interior space. There’s enough front headroom and legroom to accommodate very tall drivers, and even with the front seats all the way back – and they go really far back – there’s plenty of space behind for average adults. Put those “average adults” in front, and rear legroom expands to limo-like proportions.

The trunk is also large for the midsize class, and folding down the rear seatbacks leaves a long, flat load floor. The latter in particular is significant, because folding the seatbacks on many rivals leaves them resting a few inches above the load floor, making it difficult to slide long items all the way forward. 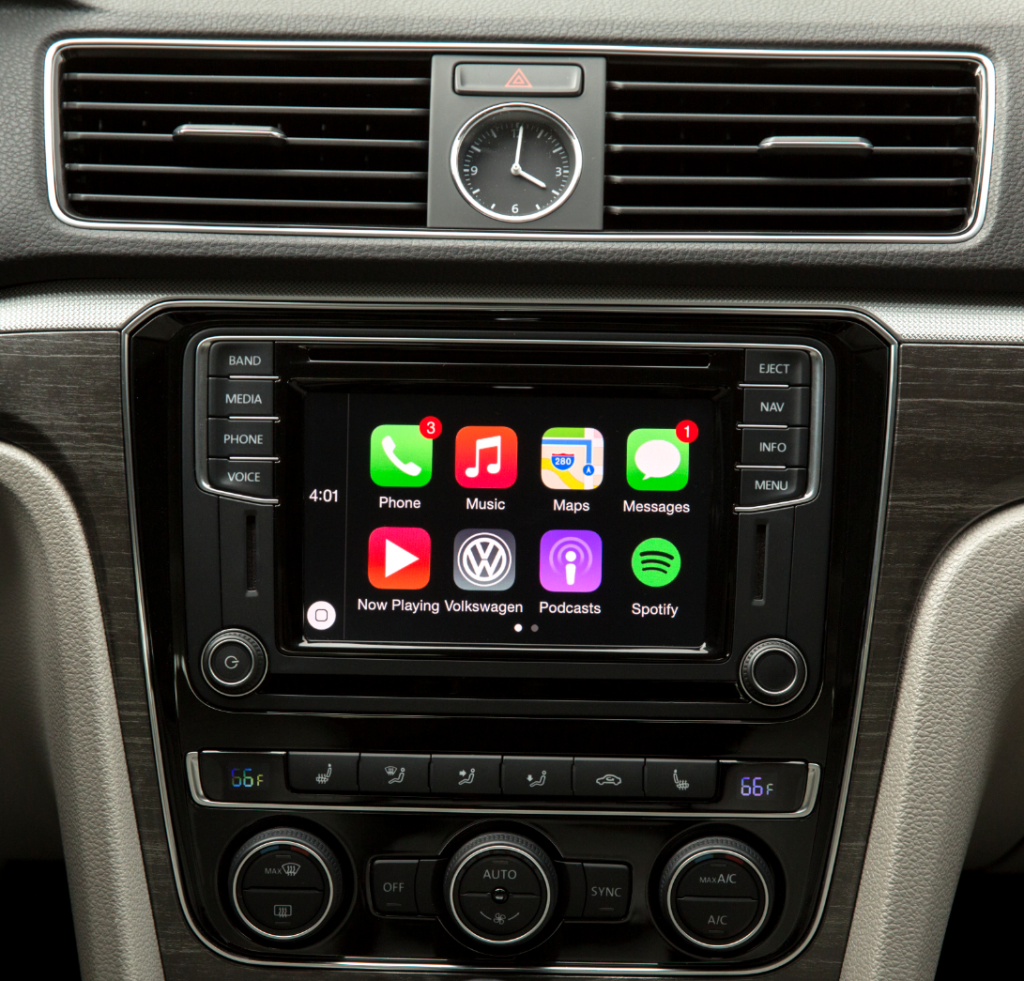 Upper-end infotainment systems include various apps along with smartphone integration that mimics their “swipe” and “pinch” actions on the screen.

On the road, the little 1.8-liter turbo fares surprisingly well. There’s just a brief period of turbo lag if you nail the throttle from a stop, after which power (and the car) quickly picks up. This lag isn’t even noticed in normal driving, and the engine provides good passing power thanks in part to the transmission’s quick kick-down shifts. Unfortunately, we didn’t get a chance to drive a V6 version, but its cost limits its penetration to only a small percentage of sales (a Camry or Accord V6 can be had for $5000 less).

Although our preview test route didn’t suffer from the cratered pavement that’s native to our Chicagoland office, the Passat seemed to soak up the smaller bumps encountered with a firm compliance traditional of German cars. Steering feel and handling were also impressive, giving the big sedan a rather sporting feel.

Volkswagen has certainly suffered some setbacks of late due to issues with its diesel engines (which is why the Passat isn’t offered with one this year), but none of that has any bearing on the cars themselves. Passat has always stood apart from the midsize-sedan crowd with its linear lines, elegantly simple interiors, and huge amounts of passenger and cargo space, and thankfully, none of that changes for 2016. And while recent versions have been criticized for lacking some of the high-tech hardware that is becoming increasingly common in the midsize segment, that deficiency has now been corrected, albeit at a higher cost than is demanded by some rivals.

That makes the company’s corporate issues all the more tragic. Volkswagen builds some great cars (the Passat being one of them), but all will likely be overshadowed for some time by the Diesel Dilemma.

And that, sadly, gives cause to worry about more than whether one of my favorite midsize sedans will be turned into something that’s not.