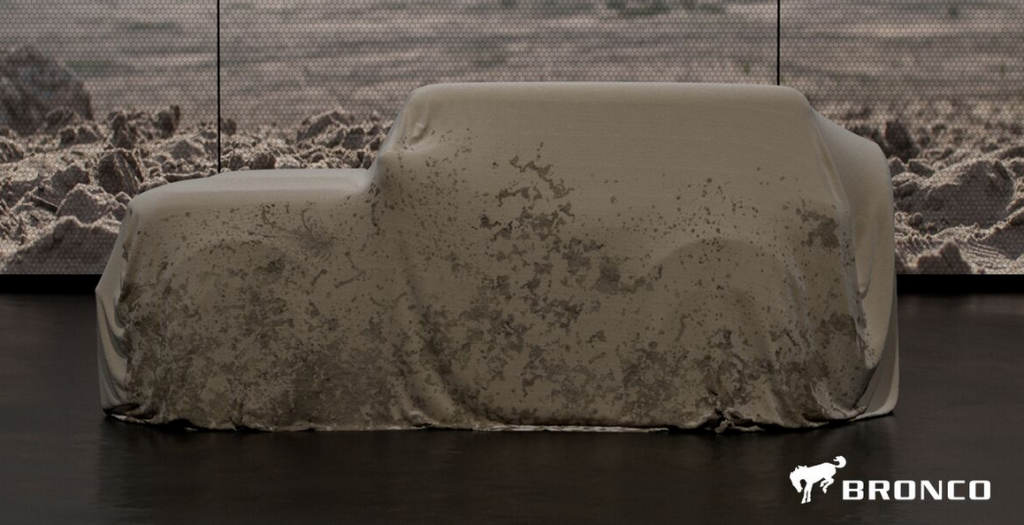 Ford isn’t quite ready to take the wraps off its forthcoming Bronco just yet, but the company issued this teaser photo that reveals a rugged-looking boxy profile, a high-riding stance, and what looks like a rear-mounted spare tire.

Ford Motor Company today unveiled its plans to replace more than 75 percent of its model lineup by 2020, and is aiming to have the “freshest” product roster in the North American market by that time. The manufacturer will focus heavily on trucks, SUVs, and hybrid vehicles in the next 24 months. More pure-electric vehicles are slated to follow starting in 2020, with six battery electric vehicles (BEVs) planned for introduction by 2022.

By 2020, Ford expects to have lowered the average age of its vehicle lineup to 3.3 years, which would enable it to claim that “freshest” status. Below is a brief overview of what’s on the horizon: 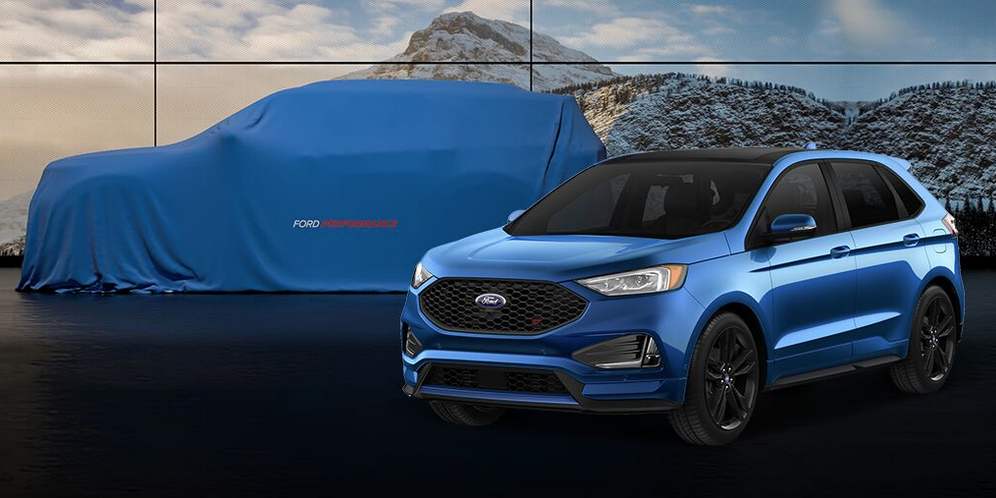 The high-performance ST version of the redesigned Ford Explorer (left) is still under wraps, but when it goes on sale it will accompany the previously-announced 2019 Ford Edge ST (right).

All-new versions of the compact Escape SUV and midsize Explorer are slated for introduction within the next two years, and the Explorer will gain a performance-oriented ST version that Ford promises will be more than just an appearance package. The company also announced it will be adding more off-road-focused SUVs to its roster. The previously announced (and highly anticipated) reincarnation of the Bronco will likely be the linchpin of this lineup, but Ford will introduce a smaller off-road-ready SUV—as yet unnamed—that will slot beneath the Bronco in size (and presumably price).

Ford is also planning to steer into some uncharted territory with a rakishly styled, pure-electric 4-door utility vehicle that takes its design inspiration from the Ford Mustang—this genre-bending vehicle is also unnamed as of yet. Speaking of Mustangs, Ford issued a teaser image of the forthcoming Shelby GT500, which it says will boast in excess of 700 horsepower.

Ford’s Super Duty line of heavy-duty F-Series trucks will undergo a freshening next year. Likewise, the full-size Transit commercial van will follow in the footsteps of its compact Transit Connect sibling (which is getting a freshening for 2019) and receive significant updates of its own.

Ford’s Lincoln luxury division is also moving strongly toward SUVs. Lincoln will be introducing two new SUVs by 2020—the first of which will be unveiled soon at the 2018 New York Auto Show—and four more Lincoln SUVs are planned to follow.

The Ford Mustang, F-150, and Explorer will all be available as hybrids in the near future.

In addition to the focus on trucks and SUVs, Ford is pushing toward hybrid-electric vehicles, and is planning to offer hybrid versions of the F-150, Escape, Explorer, and Mustang, as well as the yet-to-be-released Bronco. Ford executive vice-president Jim Farley said that the company’s intention is to have a hybrid or plug-in-hybrid version of every new utility it launches in North America. Farley said that hybrids are now accepted, reliable technology—no longer a “science project”—and the company will position its forthcoming hybrids as benefiting more than just fuel economy. For the F-150 hybrid, Ford will tout low-end torque for pulling power, as well as the work-truck benefit of a mobile generator. For the Mustang hybrid, the company will pitch V8-level acceleration. 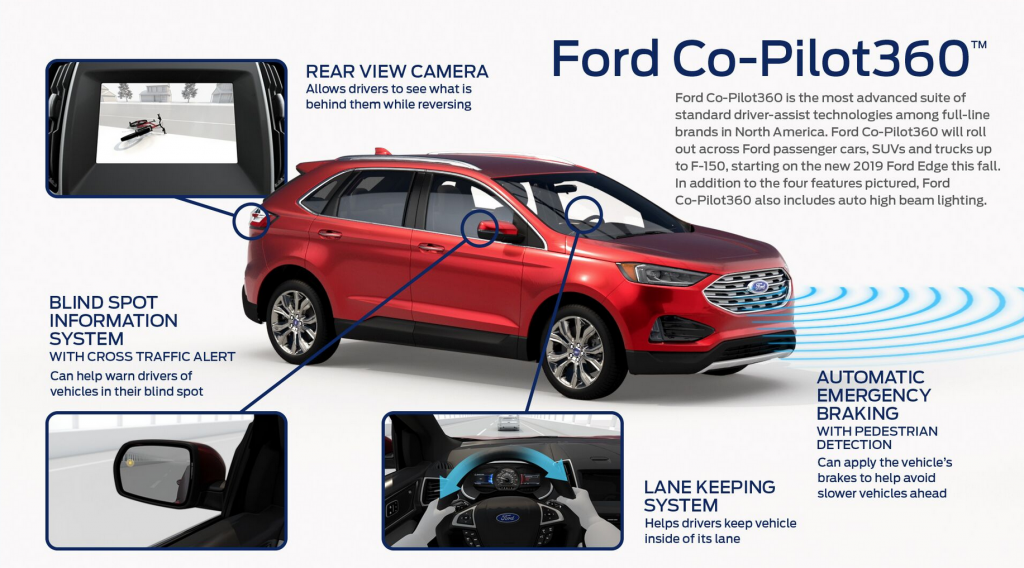 In addition to product-specific news, Ford also announced Ford Co-Pilot360, a suite of driver-assistance technologies that will be available on almost every Ford car, truck, and SUV by 2020. The package includes Automatic Emergency Braking for vehicles and pedestrians, blind-spot monitoring, lane-keeping assist, rearview camera, and automatic high-beam headlights. Other driver-assist technologies will include adaptive cruise control with stop-and-go and lane-centering capability, evasive-steering assist, and post-collision braking. A reverse brake-assist feature with Automatic Emergency Braking, which will help prevent drivers from hitting an object while backing up, is slated for a 2019 introduction. Ford says it will continue to add new tech features to its Co-Pilot360 packages in the future.

Recent sales numbers clearly indicate that the new-vehicle marketplace is moving away from traditional passenger cars, and Ford is responding in kind. Outside of the Shelby GT500 and a freshened version of the Ford Fusion (both of which will be unveiled soon), trucks and SUVs are the story. The company is also aiming at simplifying its product lineup for better profitability by reducing the number of orderable model configurations, and by shifting from specific vehicle platforms to flexible architectures—a front-wheel-drive unibody architecture, a battery-electric-vehicle architecture, and a body-on-frame architecture, for example—that will beget various vehicles that will be differentiated by bodywork and other characteristics. The latter is a strategy similar to the one Toyota and Volkswagen are following.