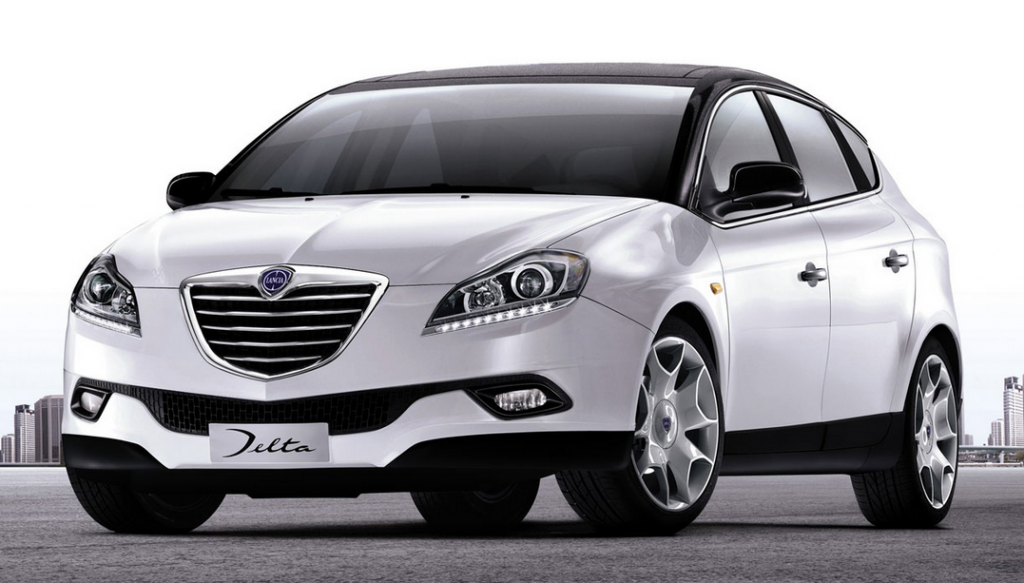 Note: Presented here is a Consumer Guide blog post originally seen in May of 2012. At the time, Fiat Chrysler Automobiles (FCA) was developing a fastback compact sedan for the Chrysler brand based mechanically on the Dodge Dart. Poor Dart sales, and a general shift in consumer interest to crossover vehicles prompted FCA to kill the compact Chrysler project midstream. The Chrysler 200, which also shared Dart elements, was also killed around this time. The text of the Future Car report below is presented unaltered and as it was published back in 2012.

As expected, the Chrysler-Fiat alliance, currently on its 25th straight month of year-to-year sales gains, is prepping a hatchback version of the critically lauded 2013 Dodge Dart compact sedan. Recently spied testing with the same makeshift bodies used for early Dart prototypes, the new model is almost certain to be called Chrysler 100. It’s due to go sale in calendar 2013, according to trade weekly Automotive News. A rebadged version is slated for European sale under Fiat’s Lancia brand and will also be sourced from the Belvidere, Illinois, plant that builds the Dart. 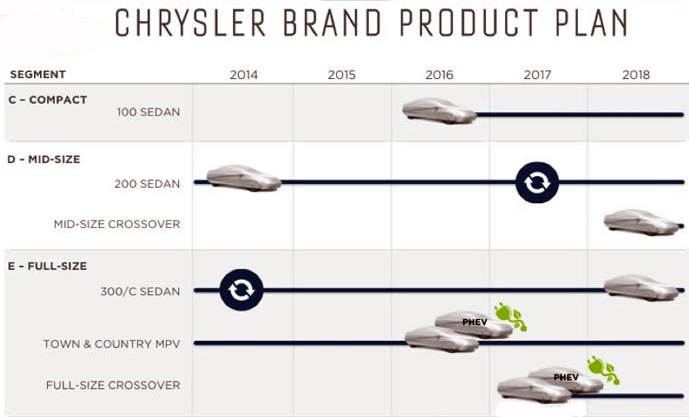 This brand page from the 2009 Fiat Chrysler Automobiles (FCA) product guide shows a compact Chrysler arriving no later than 2016. Those plans were accelerated at one point, but were eventually cancelled completely.

Like the Dart, the 2014 Chrysler 100 is designed on the alliance’s “compact U.S. wide” platform (CUSW), which originated with the Giulietta hatchback at Fiat’s upscale Alfa Romeo brand, and migrated to Lancia in the form of the Delta. The 100 will naturally share Dart’s front-wheel-drive powertrains and other underskin components. However, some systems will likely be retuned for what is sure to be marketed as a more-upscale compact, positioning that might also rule out the Dart’s base 2.0-liter 4-cylinder engine. Overall length should be trimmed a bit for the hatchback body style, but other dimensions, including the passenger package, will be little changed.

Not surprisingly, the 2014 Chrysler 100 will have its own styling, doubtless announced by a shield-type grille providing a family resemblance with Chrysler’s midsize 200 and large 300 sedans. The interior should be retrimmed to convey more of a luxury vibe, but it should retain the Dart’s configurable gauge cluster, large in-dash infotainment screen, iPad-size glovebox, and other features.