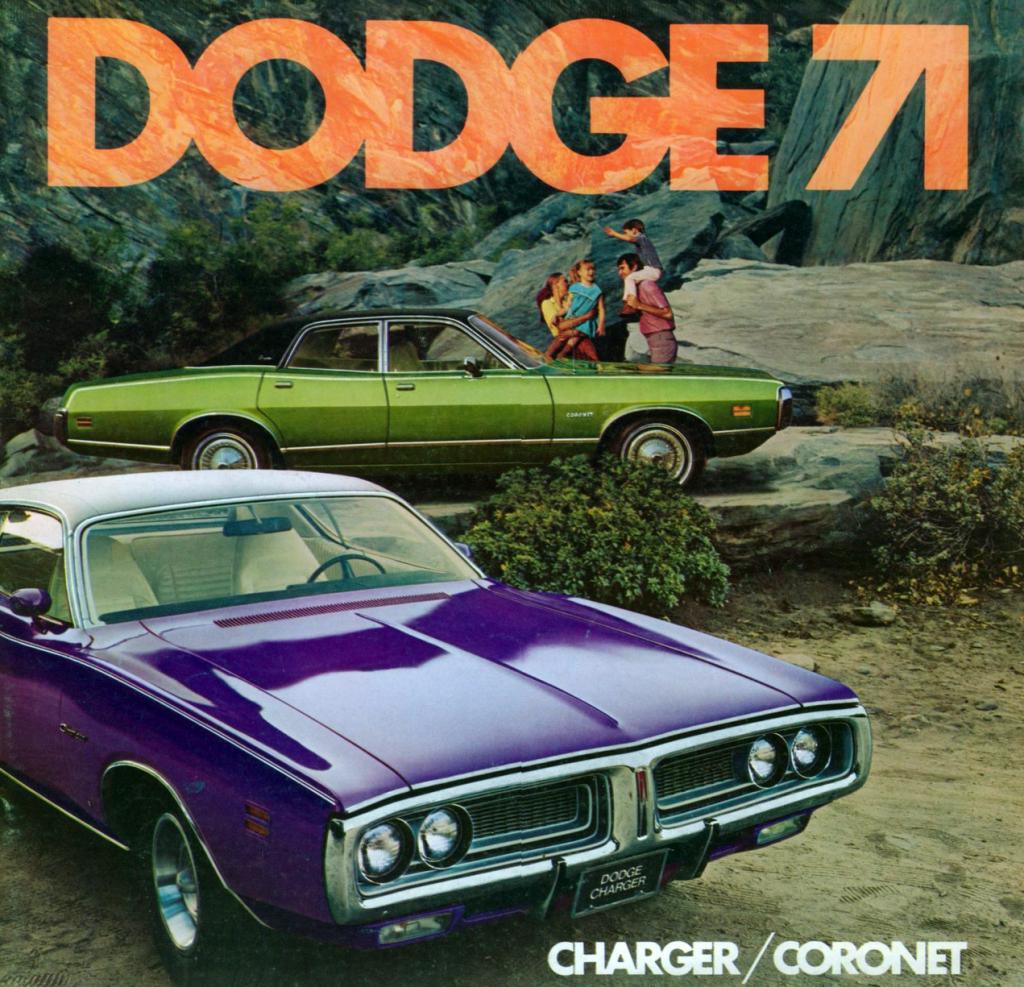 When the Dodge Viper became the SRT Viper in 2013, I became convinced that Chrysler—really Fiat/Chrysler—intended to kill off the Dodge brand. The evidence was there: Pickup trucks had been rebranded Ram. The Durango big crossover was—and is—in need of a full redesign, and none was in the works. Likewise, the midsize Journey crossover was—and still is—riding on the bones of a stormy previous partnership with Mitsubishi, and no update was imminent. Finally, there was talk of moving the Challenger sporty coupe over to the SRT brand as well. With the Avenger midsize sedan being phased out, this left Dodge with the Dart—a competent but slow-selling compact sedan—and the aging Grand Caravan to soldier along with.

The SRT thing never worked out. After a single model year, Viper was reunited with Dodge. Additionally, though Avenger did get the axe, all of the other vehicles mentioned above were eventually freshened, however lightly. 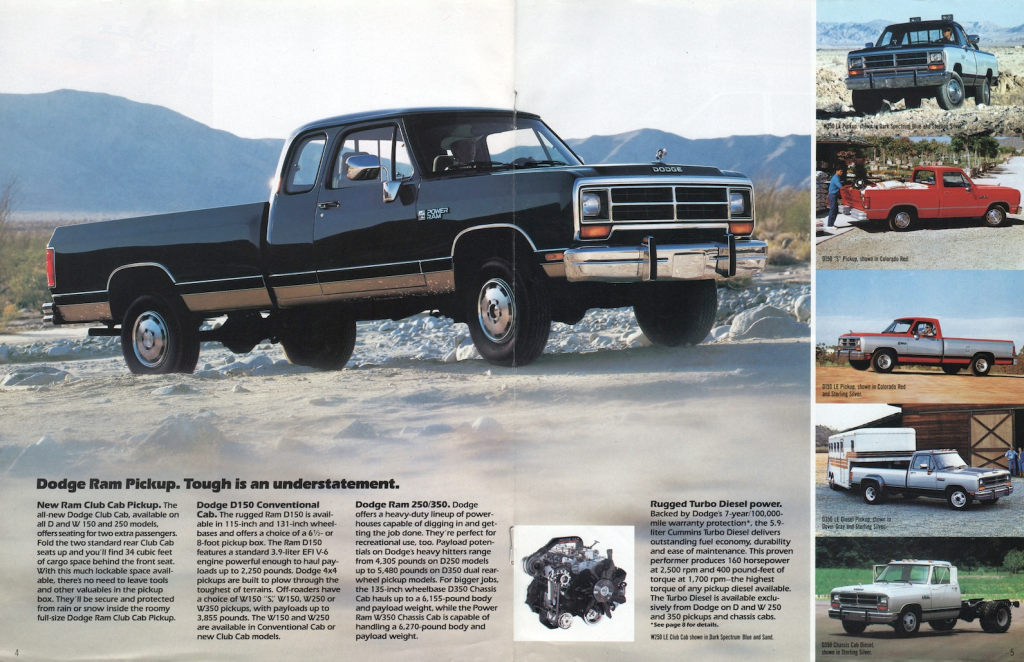 Dodge pickup trucks were rebranded Ram for 2011. A 1990 brochure is shown here.

So I ask: Was I wrong, and was Dodge safe all along, or was Dodge given a last-minute reprieve? And, after Fiat Chrysler Automobiles’ bombshell announcement yesterday that the Chrysler 200 and Dodge Dart will be phased out of the model lineup, I am compelled to ask again: Is Dodge doomed?

On January 27, Fiat Chrysler Automobiles (FCA) presented its 2015 financial results. To no one’s surprise, the Jeep brand is making the company all sorts of money. In fact, capacity issues have prevented FCA from producing sufficient quantities of Jeep products to meet North American demand—especially Wrangler and Wrangler Unlimited models.

To satiate consumer hunger for Jeep products, and to bolster earnings, FCA will apparently execute a series of manufacturing changes that include ending production of most of its non-truck models.

To see how likely it is that Dodge is about to join DeSoto and Plymouth in the Chrysler dead-brands cigar box, let’s have a quick look at the current and recent lineup:

Overtly styled and low on refinement, the Avenger never jelled with shoppers. A 2011 update did wonders for the car’s cabin, but wasn’t enough to spark consumer interest. In dropping the Avenger, Dodge abandoned the admittedly shrinking—but still enormous–midsize sedan market.

Based on Fiat architecture, the compact Dart proved to be stylish and generally refined, but failed to catch the interest of shoppers in this brutally competitive segment. Blame a balky dual-clutch transmission and an anemic 1.4-turbocharged engine for scaring away many shoppers. Subsequent drivetrain improvements did little to rebuild interest in this mostly ignored small car.

Thank Hellcat fever for a healthy bump in 2015 Challenger sales. This Charger-derived sporty coupe benefited mightily from the launch of the 707-horsepower Hellcat model. Still, even a massive infusion of horsepower isn’t enough to mask this car’s aging chassis.

Like the Durango, the Challenger and Charger owe their architecture to a Mercedes-Benz product, in this case the 2003-2009 E-Class midsize sedan. Challenger and Charger were scheduled to migrate to new Alfa Romeo architecture for 2018, but as yesterday’s announcement revealed, Alfa development has been slowed for cost-containment reasons. This delay suggests that Challenger, introduced for 2008, will be soldiering on for a least a decade without a full redesign.

Long term, it seems doubtful that Challenger will register sufficient sales volume to merit engineering a 2-door variant of the Charger/300 platform. Once the Hellcat-inrush sales fade away, Challenger sales will return to their normal niche-market pace. This forces the question: Is there room in an already crowded showroom for low-volume coupe with lower-than-average overall EPA numbers?

Despite a market that was up almost ten percent, and the absence of the sales-cannibalizing midsize Avenger, Charger sales were flat for 2015. Like the Challenger, Charger is in need of a complete redesign, and that project has just been set back by the Alfa Romeo development delay.

For FCA, it’s especially important to determine what an Alfa Romeo-based Charger would be. Premium Alfa-sourced architecture suggests greater manufacturing costs, and with them a higher retail price. Additionally, Chrysler’s Hemi V8 engines—also in need of updating or replacement—are unlikely to be engineered into the Alfa chassis. This suggests that a next-generation Charger would be a fundamentally different vehicle that the current car, and one requiring substantial (and costly) repositioning and promotion.

While the full-size Chevrolet Impala sells well, the Ford Taurus is soon to be dropped from U.S. showrooms. Given the large-sedan segment’s limited sales potential, and same-showroom competition from the mechanically similar Chrysler 300, it seems likely that the Charger’s days may also be numbered.

Status: A freshening was expected for 2017

This excellent large crossover/SUV never got the respect it deserved. Though introduced after the DaimlerChrysler divorce, Durango—along with the Jeep Grand Cherokee—share much architecturally with the Mercedes-Benz ML-Class crossover.

With the larger 3-row Jeep Grand Wagoneer scheduled to join Grand Cherokee in Chrysler Group showrooms, it seems likely that Durango’s days are numbered. Given the power of the Jeep brand, it’s probable that the already overlooked Durango would simply collect dust next to the new Jeep. In 2015 the Grand Cherokee outsold Durango by a ratio of more than 3-to-1. 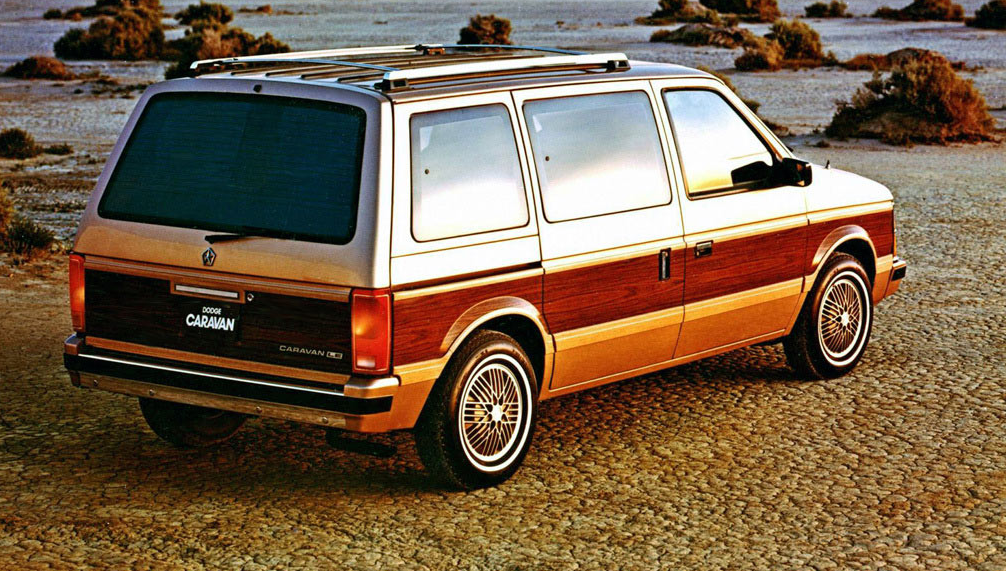 Journey is the Dodge brand’s wildcard. A redesign is due for the 2017 model year, though slapping a last-minute Chrysler badge on the would-be Dodge wouldn’t be especially difficult. FCA is without a competitive non-Jeep small/midsize crossover in the U.S., but with a renewed focus on Jeep volume, why build a direct competitor?

The new Journey was to have been built at the Sterling Heights factory alongside the Chrysler 200. However, with news of the 200’s forthcoming demise, the Journey’s future seems less clear. Look for the Journey to carry on in its current form for another two or three model years until being discontinued.

Further suggesting that continued development of the Dodge brand has ended is the reassignment of division head Tim Kuniskis to the position of Head of Passenger Car Brands. A direct replacement for Kuniskis was never named.

Had the Dart and Grand Caravan already been eliminated from the Dodge lineup, 2015 sales would have come to just 330,000 units, placing the marque between Chrysler and Lexus in overall sales—and a long way from its days as a top-five brand.

FCA head Sergio Marchionne has proven capable of making tough decisions and acting on them quickly. Yesterday’s surprise announcements may well have been just the beginning of a series of bold and likely jarring moves.

I am loath to draw parallels to Isuzu’s retreat into truck marketing after that Japanese automaker failed to remain competitive in the U.S. in small-car segments. Isuzu, however, wasn’t very successful in the truck market by that time either.

FCA, on the other hand, has Jeep, one of the world’s most durable brands. Cultivating Jeep and Ram, while rebranding Chrysler into a sort of upscale people-mover brand, makes all sorts of sense. It also declutters a showroom bursting at the seams with Chrysler, Dodge, Jeep, Ram, and Ram Commerical (and sometimes Fiat and Alfa Romeo) products.

Killing Dodge at this point is pretty simple, and relatively painless. No showrooms have to be closed, and no serious sales volume needs to be assigned to another brand. Traditionalists such as myself will mourn the passing of a storied American brand, but folks my age have lived through the funerals of Mercury, Oldsmobile, Plymouth, and Pontiac without too much scarring.

So, I am calling it now. Dodge is dead. Long live Dodge.