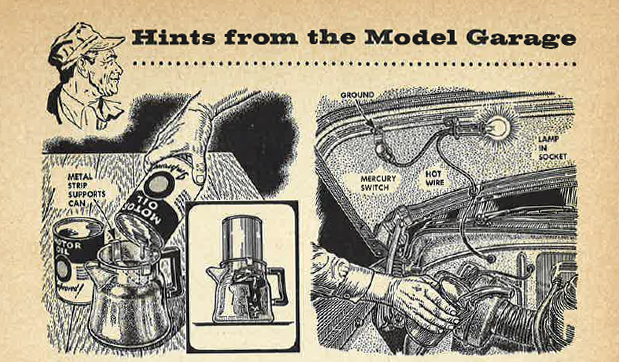 An excerpt from Money Saving Facts for Car Owners, a booklet published by Allstate Insurance circa 1959.

Question: When was the last time your auto-insurance company mailed you anything other than a bill? 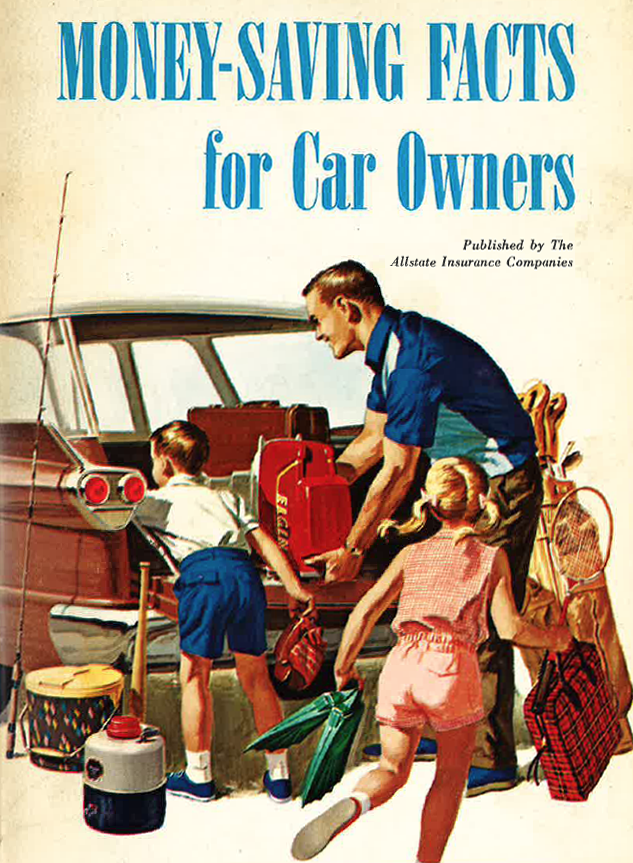 Published by Allstate, this handy little pocket guide to safe and efficient motoring was likely published around 1959.

While I can’t think of anything I’ve received from my agent, I do have proof that at one time Allstate produced and shipped to policy holders a delightful booklet of helpful hints. The digest-sized, 96-page publication titled Money Saving Facts for Car Owners is packed with useful information, including a chapter on the wisdom of using premium gas, and another that deals with new-car financing.

Still, a book this old—it appears to have been published in 1959 or thereabouts—is bound to contain out-of-date information and references, and Money Saving Facts is no exception.

My favorite page in the book, which we’ve included below, is titled Hints from the Model Garage; it includes four illustrated tips, each of which is clever but archaic by modern standards.

I don’t know how many of Allstate’s customers in 1959 adjusted their own idle, but that number had to have dropped pretty close to zero by 1990. Still, painting one side of your screwdriver tip to help keep count of screw rotations is a neat trick.

My favorite tip, however, is the one suggesting that customers drain oil cans to collect drippings left in empty cans. According to Allstate, the drippings from 20-25 cans will amount to a full quart of oil. I don’t know anyone who has added any oil to their car in the past six months, and can’t imagine anyone getting close to 25 cans without first taking their car back to the dealer for warranty work. 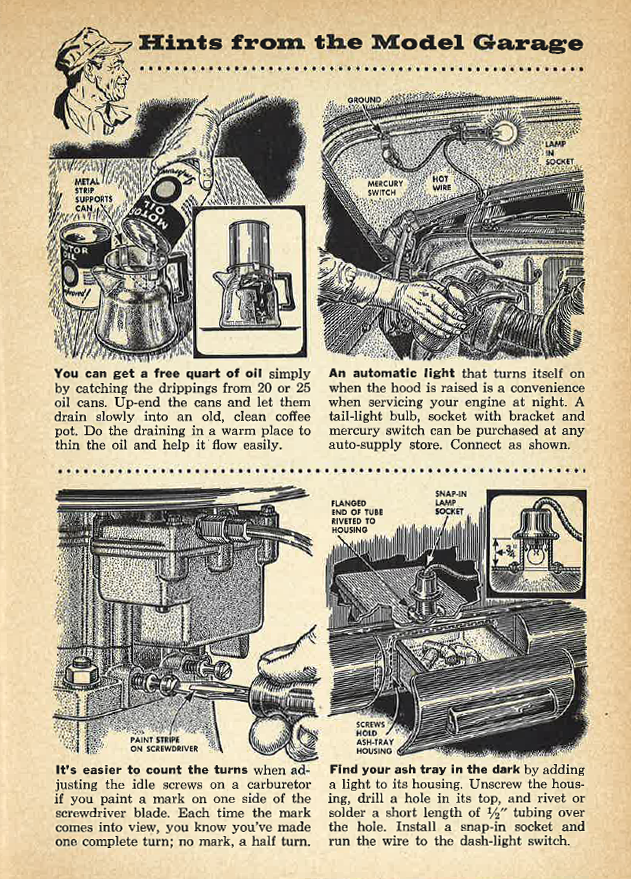 But, as times change, so do the ways we work to make life easier. While the hints contained in this charming relic may seem quaint, you have to applaud Allstate for providing its customers with information that was perfectly valid in 1959.