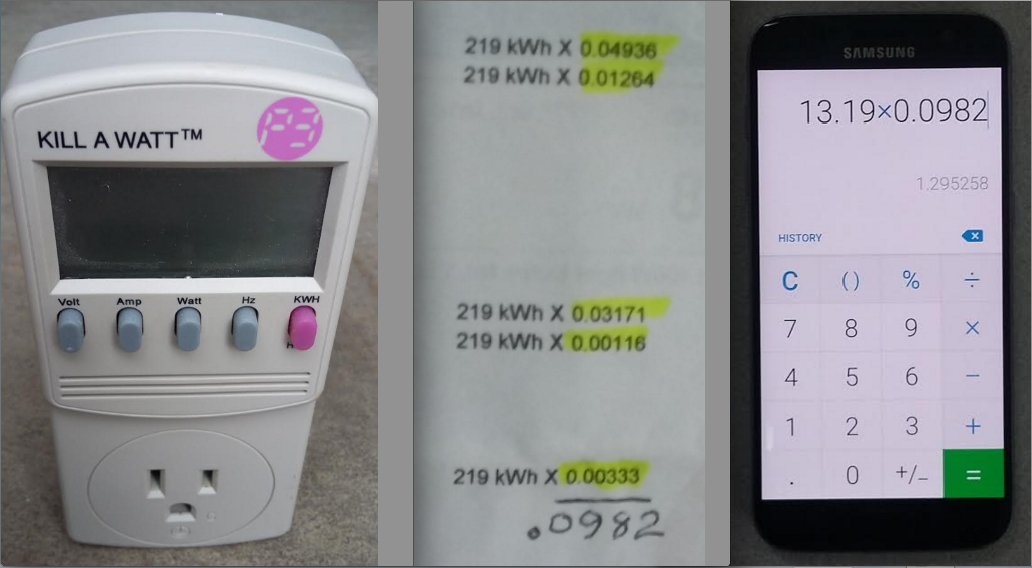 Tools used: Kill A Watt meter (which measures the amount of volts, amps, or watts running through it — one of my favorite toys), electric bill, and calculator.

Yeah, I know. You’ve hated math ever since you figured out that every part of it you learned after basic algebra would never, ever be used again in your lifetime.

But this is where you can break out some of that learning (and maybe a calculator) to follow along as to why electric vehicles tend to make so much economic sense.

To compare electrics to internal-combustion (gasoline and diesel) vehicles with the usual “miles per gallon” doesn’t work, as electrics don’t use gallons of anything. Instead, you can convert driving cost to “cents per mile,” which can be used for all kinds of transportation devices. 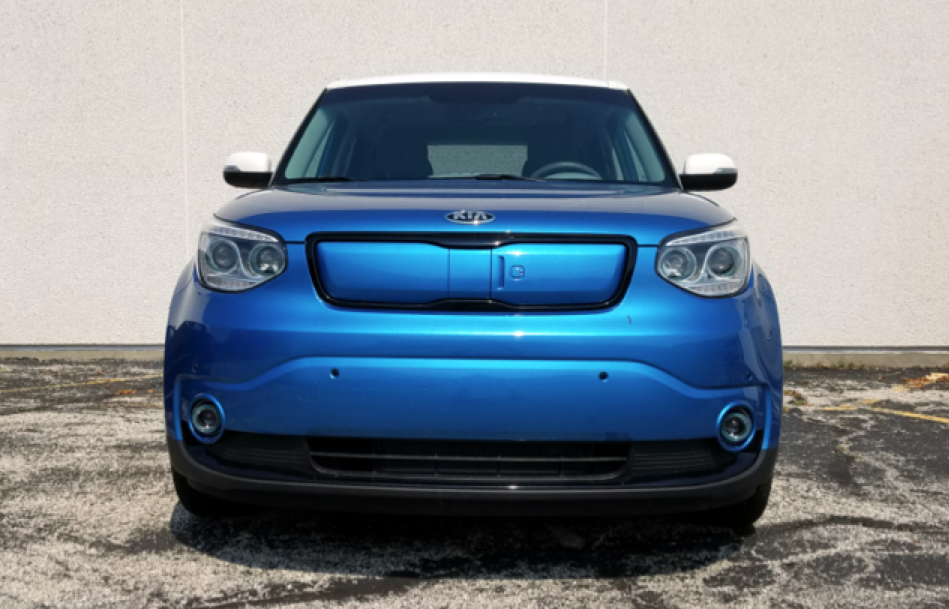 Rick’s calculations put the cost of driving the Kia Soul EV at around three cents per mile.

Let’s look at a typical gas car first; in this case, a gas-powered Kia Soul we tested back in 2014. This makes a great comparison, as – besides its powertrain – the Soul is pretty much the same in both gas and electric form.

After “filling up” the Soul EV in my garage using a normal 110-volt outlet, the charging cable that comes with the car, and my trusty Kill A Watt meter that measures the amount of electricity used, it was determined that the 40.3 miles the Soul EV traveled was covered using 13.2 kilowatt-hours (kWh) of electricity. Note that the warm weather had us blasting the air conditioning – which runs off the same battery as is used to drive the car, and thus depletes the range somewhat – so the 13.2 kWh would have been less if we hadn’t been using the a/c.

According to my electric bill, each kWh of electricity costs $.0982, or about 9.8 cents. So that “fill” cost me about $1.29. Using math again (well actually, my calculator) tells me that driving the Soul EV cost about 3.2 cents per mile.

So even at today’s low gas prices, the Soul EV costs about 1/3 as much per mile for fue … er … energy as the gas version.

But that’s not really the whole “per-mile” story. Gas-powered vehicles require oil changes, fluid checks, air filters, fuel filters, transmission-fluid changes, and occasional engine-belt and radiator-hose replacements, none of which the EV needs. In fact, aside from checking the air pressure in the tires (required on all vehicles), the occasional brake-fluid flush (ditto) and far less frequent brake-pad replacement (because the EV’s regenerative braking slows the car significantly without using the actual brakes), there’s really not much you have to do to maintain an EV.

In the coming months, we’ll do similar checks in mild and really cold winter weather to see how temperature affects our cost per mile. In the meantime, keep that calculator handy ….