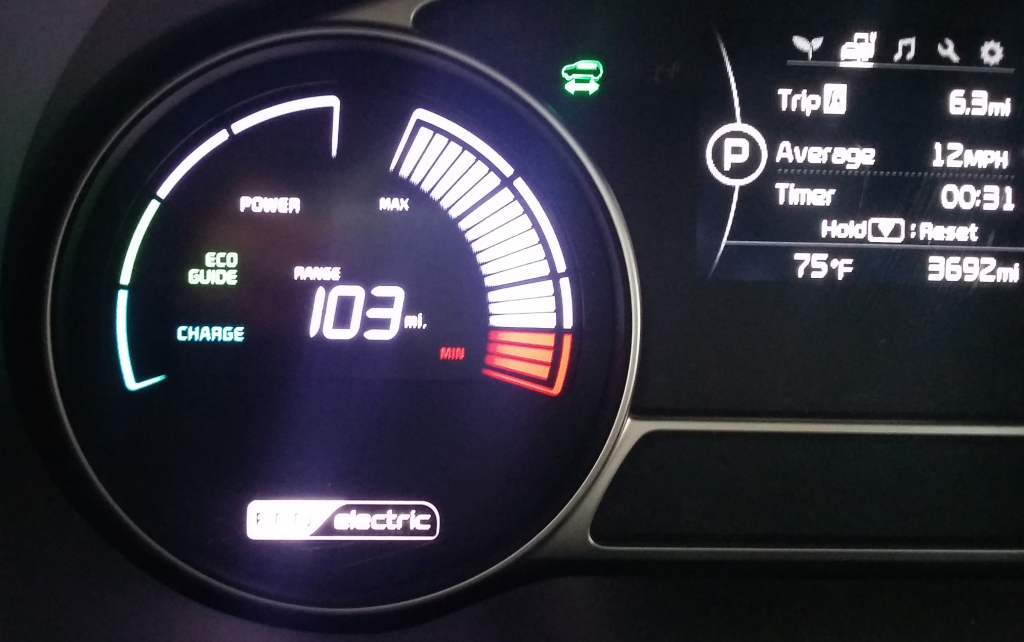 After a full battery charge, the range estimate for the Soul EV was listed as 103 miles with the A/C off … 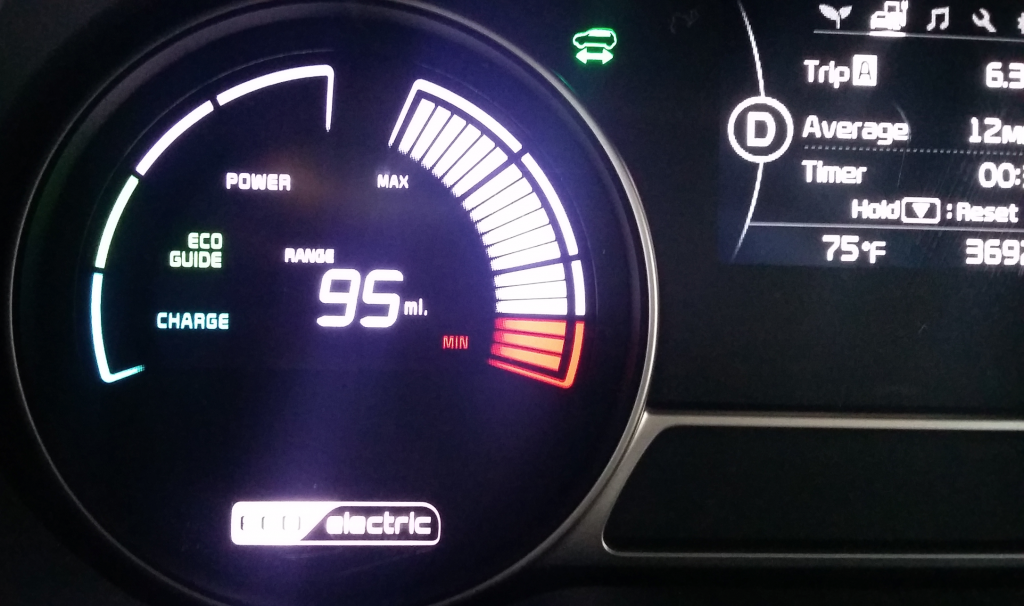 … but that dropped to 95 miles after turning the A/C on. Note that the car’s EPA-estimated range is 93 miles.

With warmer weather comes more air-conditioning use. And since the Kia Soul EV’s air conditioning is electric (as opposed to a conventional gas car, which uses an engine-driven compressor pump) and thus is powered by the same battery that the motor uses to propel the car, hitting the A/C button reduces the overall driving range.

But as it’s turning out, not as much as we expected.

We found that one way to “test” the anticipated drop in range was to simply switch the A/C on and off after fully charging the battery. Since the car’s computer bases the estimated range on the previous several miles driven and its anticipated accessory draw (in this case, the A/C), the range estimate that pops up on the dash screen seems to be a pretty good indication of how much power the A/C uses.

After fully recharging the battery, the range estimate was listed as 103 miles with the A/C off, 95 miles after it was switched on. That’s only about an 8-percent drop, far less than we initially figured. A short ways down the road, it went from 100 miles with it off to 89 with it on, an 11-percent drop – still less than expected. Granted, June is not our hottest month, so this may go up as the temperatures do.

But the effect of A/C use on range is rather difficult to determine, even for the car’s computer. If you turn on the A/C with the car’s interior at 90 degrees – and the automatic temperature control set at 70 degrees – the A/C goes to full power to try and cool it off. After it gets it to 70, however, the A/C goes into somewhat of a “coast” mode, which reduces its power consumption. So if you then drive the car for 50 miles, you’ve spent perhaps 5 miles with the A/C on “High,” 45 miles with it on “Low.”

However, if you only drive the car 5 miles, then you’ve spent the whole time with the A/C on “High.” If you then park it and let it heat up again – and then drive it another 5 miles – you’re spending all your drive time with the A/C on High, and that will reduce your overall range a lot more.

It’s worth noting that A/C use also adversely affects fuel economy in a gas car, but you usually don’t notice it as much. That’s in part due to the fact that the engine warms up more quickly when it’s hot out, and a warm engine is more efficient than a cold one, so it balances out a bit. And, of course, a small drop in mpg – and thus range – isn’t as important when you can fill a car with gas just about anywhere in five minutes.

The EPA provides the following tips for reducing the effects of air-conditioning use, and they apply whether you’re driving a gas car or an electric one:

Most electric cars allow you to pre-heat or pre-cool the interior while the car is plugged into an outlet. Using that feature is not only a great way to save battery power – and thus increase the car’s driving range – but it also means you get into a warm or cool car rather than a hot or cold one. In my view, that’s really a strong selling point for electric cars that really isn’t stressed enough. 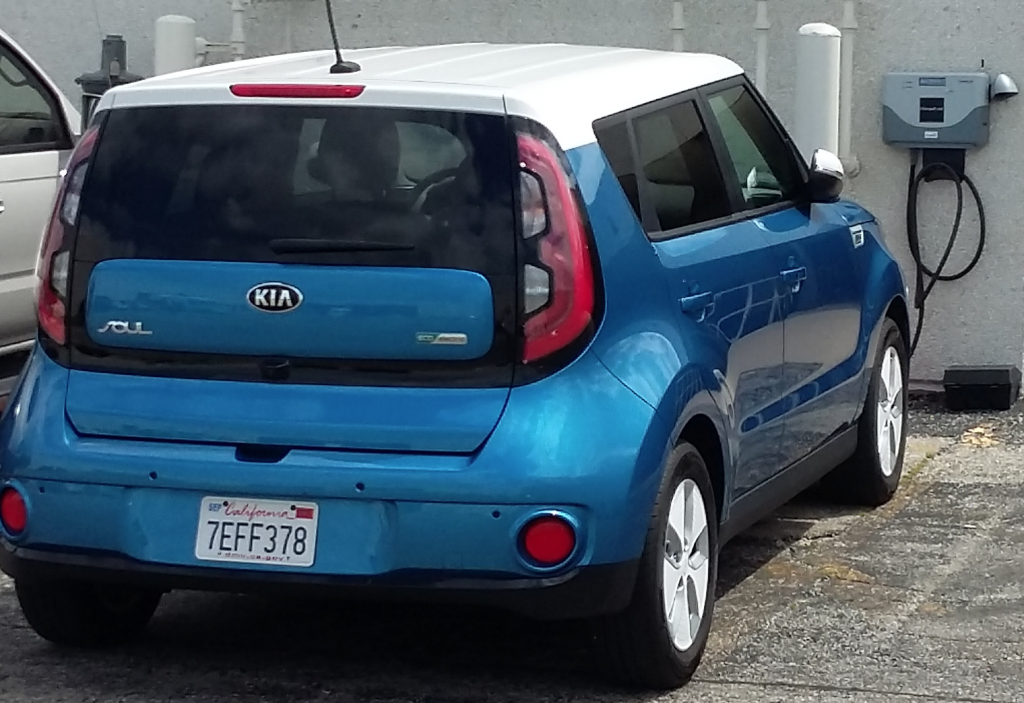 Plugged into our Level 2 (240-volt) charger, the Soul’s white roof helps reduce interior heat gain during the summer months. The white wheels … not so much.