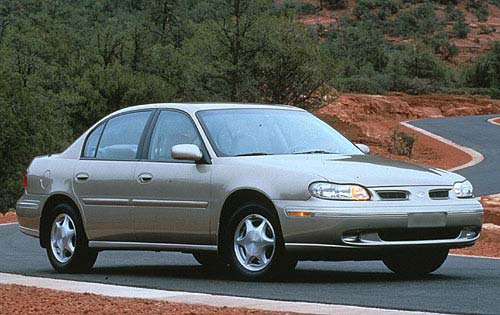 In 1991, Oldsmobile sold a lot of Cutlasses. That simple fact probably doesn’t surprise anyone, at least not until you realize that of the seven car models Olds offered in ’91, three were dubbed Cutlass.

Introduced in 1961 as a trim level on the compact F-85 model, Cutlass came into its own for 1964 when it became a stand-alone model positioned above the F-85.

It was in 1982 that Oldsmobile began spinning off the Cutlass name. While the Cutlass tag already applied to Olds’ entire midsize lineup of coupes, sedans, and wagons, the moniker was applied as a prefix to the a new front-drive midsize lineup rolled out that year: Cutlass Ciera.

By the late Eighties, however, the Oldsmobile brand was growing stale. Brand management, coming to grips with young shoppers’ resistance to purchase vehicles known for their vinyl roofs and wire wheel covers, launched the memorable “This is Not Your Father’s Oldsmobile” campaign. Ringo Starr fans will likely remember this ad:

Sadly, Ringo Starr was not able to help Oldsmobile modernize its image, nor could William Shatner or Leonard Nimoy, both of whom had also appeared in Olds ads with their daughters.

For 1995 Oldsmobile launched the Aurora, a car that, on paper, was as impressively modern as any vehicle produced at the time. The large sedan boasted a 32-valve V8, world-class architecture, and a clean, contemporary look inside and out.

Aurora would prove to be the first vehicle of an entirely new lineup of new-think Oldsmobiles that replaced the brand’s musty, old-school models. And with the new cars came new model names.

Slowly, familiar nameplates were axed. The Ninety-Eight badge was last used in 1996, the car itself having been replaced by the Aurora. The Eighty-Eight and Cutlass names were dropped after the 1999 model year.

The last Cutlass, a midsize four-door sedan, was little more than a thinly disguised Chevrolet Malibu. In place of a Rocket V8 was a 3.1-liter V6 of Chevy origin. For 1999 sales were mostly to rental fleets, a move that allowed Olds to focus its retail efforts on the all-new Alero, a handsome compact car that did indeed bring younger customers into showrooms.

With the Cutlass name wiped from the lineup slate, Oldsmobile was seemingly freed from the chrome and velour past that had haunted its marketing efforts. Swept away with the Cutlass moniker were such dusty trim and model tags as Brougham, Salon, Landau, Royale, and Holiday Coupe. Still, looking at the Alero, especially the coupe, it’s easy enough imagine it as the next Cutlass Supreme. 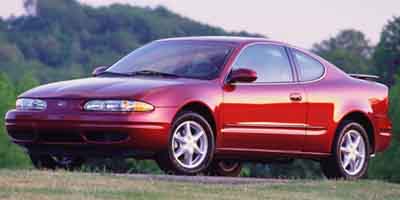