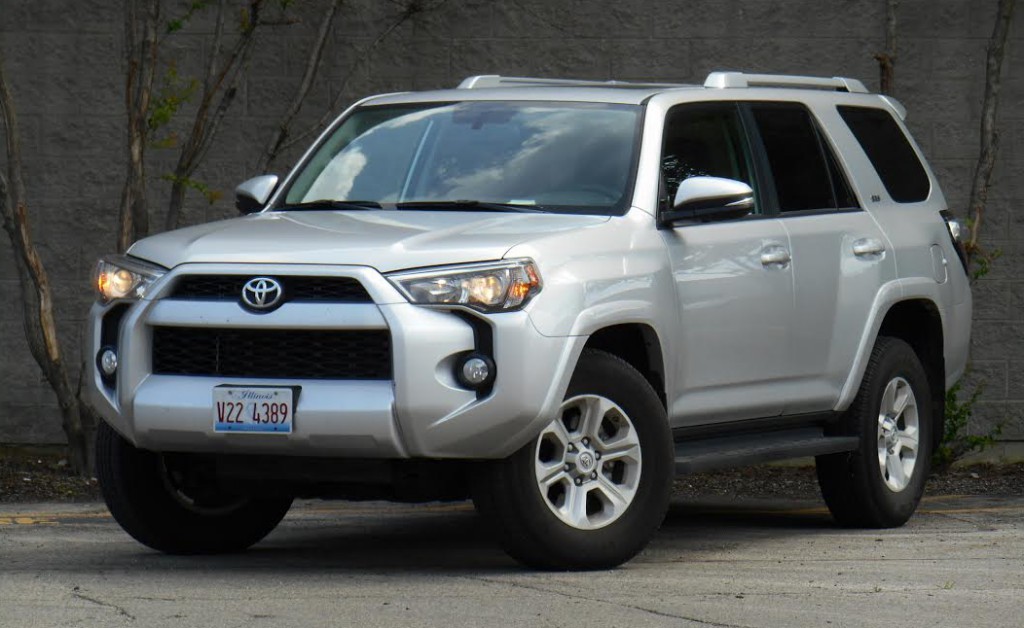 The not so good: Marginal fuel economy, only topline Limited models available with full-time 4WD

The 4Runner nameplate had been around for 30 years, and Toyota’s midsize sport-utility has been in its current form since 2010—though with a fairly substantial freshening for ’14. Frankly, it seems to be feeling those years.

While nearly every other contender in the field has switched to more comfortable and carlike unitized platforms for all but the largest SUVs, Toyota (and corporate cousin Lexus) sticks with truck-type body-on-frame construction for its intermediate sport-ute. As competitors adopt 6- and 8-speed automatic transmissions, the 4Runner presses on with a 5-speed. Only the top-line 4Runner Limited has an advanced electronic transfer case with full-time 4-wheel drive that can be left engaged at all times. Other 4Runners—including the SR5 that Consumer Guide® tested—come with a manual transfer case and part-time 4-wheel drive that should not be used on dry pavement. The only other SUVs to offer such a system are a couple Jeep Wrangler models. 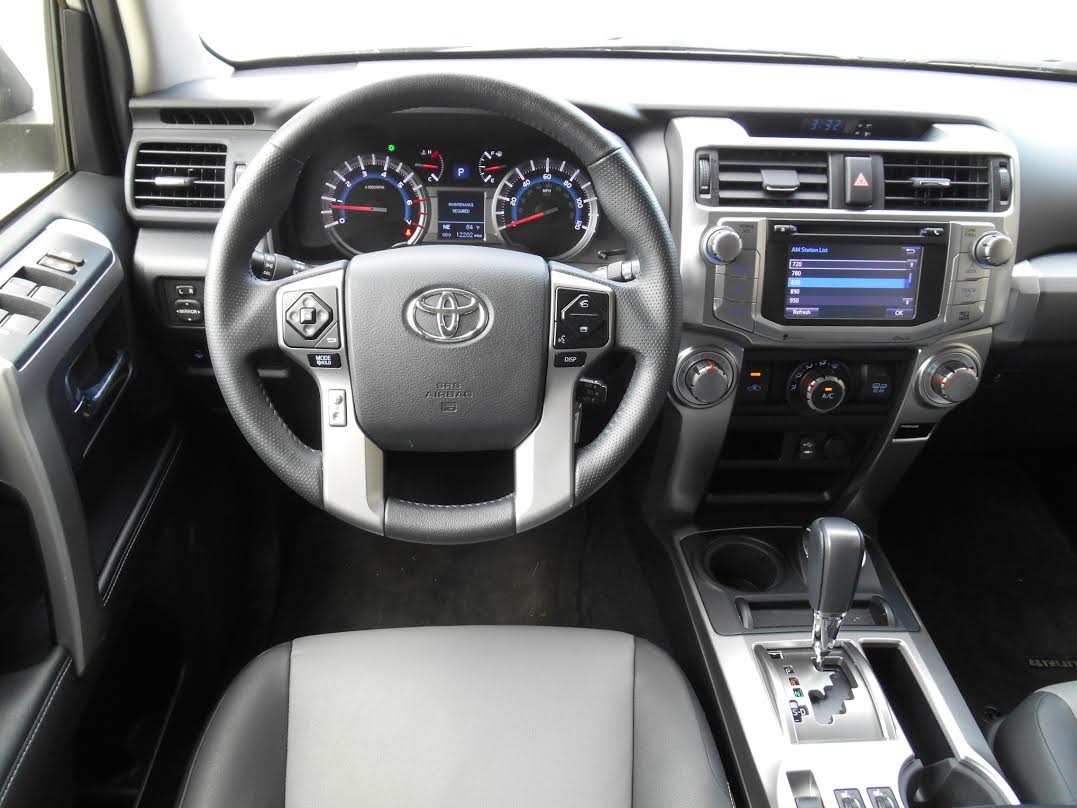 Cabin decor is better described as sturdy rather than plush. Primary controls are logically placed and work well.

Though the basic 4Runner platform and drivetrain are unchanged, the vehicle gets revised exterior styling and an updated interior with new connectivity and infotainment features for 2014. All versions now include a power driver seat, rearview camera, and Toyota’s Entune infotainment system as standard equipment. Also new are Premium versions of the SR5 and the midlevel Trail. Premiums feature “SofTex” faux-leather upholstery and a navigation system. (Trail models have specific styling cues and are available with some heavy-duty off-road hardware.) Maximum towing capacity has been reduced slightly to 4700 pounds from the previous limit of 5000 pounds.

The sole engine remains a 270-horsepower 4.0-liter V6. It’s a powerplant that is fairly strong and responsive, but with some discernable engine noise when pushed. In this driver’s care, CG’s test SR5 Premium 4X4 returned 18.5 mpg over 159.5 miles, 57 percent of which came under city driving conditions. That’s a hair better than the vehicle’s EPA rating of 18 mpg for combined city/highway driving. (Four-wheel-drive 4Runners are rated at 17 mpg city and 21 mpg highway; rear-drivers—available in SR5 and Limited trim—are rated at 17/22 mpg.) 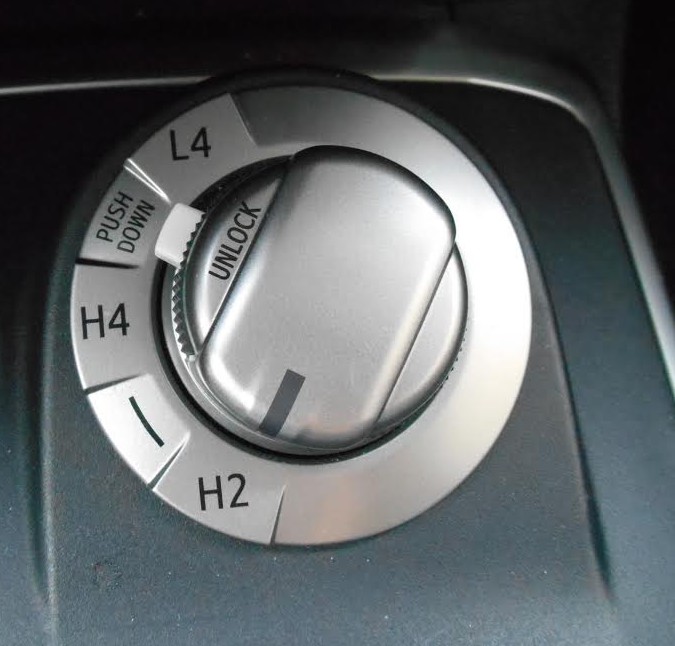 Dynamically, the 4Runner has an old-school feel to it. Ride is on the wallowy side, pitching and leaning in changes of direction. Brake response is acceptable, but stopping comes with a fair amount of nosedive. The standard speed-sensing power steering has too much slack on center. Step-in is high enough that optional running boards, like the step-type ones fitted to our test vehicle, are helpful for entry. Once inside, there’s a commanding view of the road from the lofty perch.

Even when upgraded to a Premium, the SR5 features sturdy, not plush, cabin materials. At least they seem believable for a no-nonsense SUV—and it is possible to buy a leather-upholstered Limited if you must have hides under your hide. Controls are straightforward and easy to reach and use.

Standard seating is for 5 passengers, with the SR5 and Limited offering an available 3rd-row bench, which increases capacity to 7. Front-seat occupants won’t be pinched for room. There’s the possibility of 3-abreast adult seating in the 2nd row, though the middle passenger ought to be the one everybody calls “Shorty” because he or she will be a little pressed for head room. A minimal driveline hump doesn’t take up much floor space.

Cabin storage is handled in the console by various bins and slots, two cup holders, and a deep covered box that doubles as an arm rest. Also found up front are a large glove box and big pockets in the front doors with bottle holders. Smaller pockets with bottle holders are molded into the rear doors, and net pouches are affixed to the back of the front seats. A pull-down center arm rest with cup holders also serves 2nd-row riders. Power outlets for plug-in electronics abound—there’s even one in the rear cargo area.

A big, flat-floored cargo hold features built-in tie-down loops and loads at bumper height with no lip to get over. Second-row seat backs don’t fold especially flat when extra hauling space is needed, however. All 5-seat versions can be equipped with a sliding rear cargo shelf that includes a supplementary underfloor storage box. 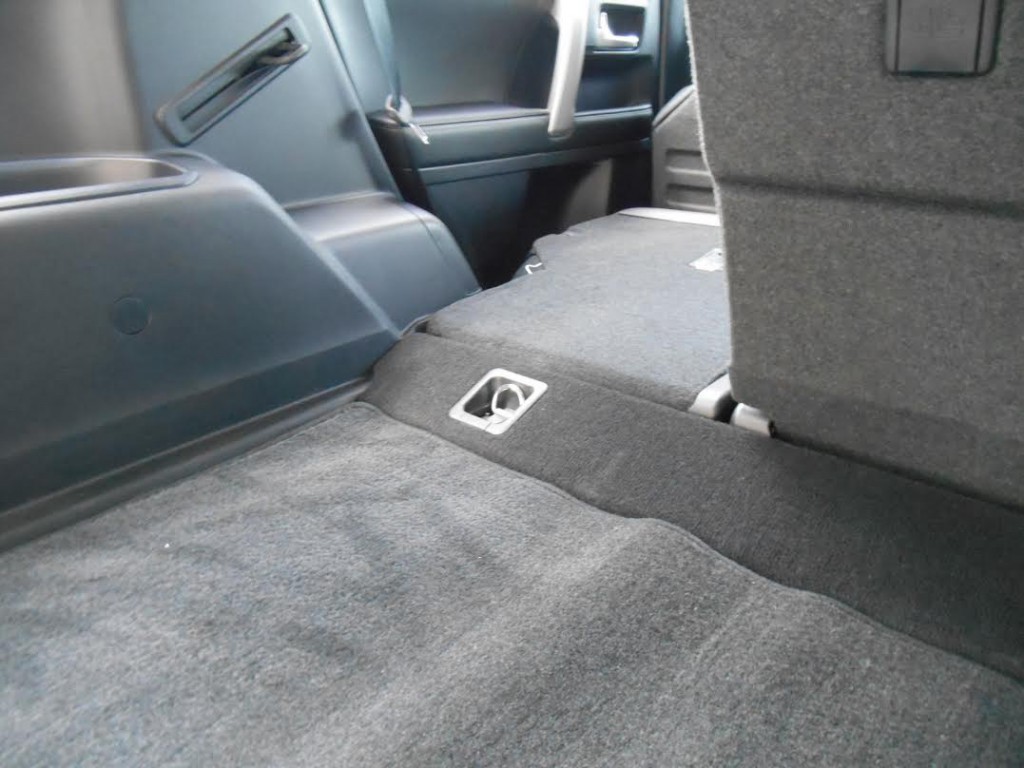 The 2nd-row seats do not fold completely flush into the floor, but a handy integrated ramps helps smooth things out.

Fact: Toyota 4Runner is the last non-premium body-on-frame SUV on sale in the U.S. The Chevrolet Trailblazer is gone, the Ford Explorer is now technically a crossover, and even the Dodge Durango has moved to a form of unitized-frame construction.

For most people, the excellent Toyota Highlander crossover will make more sense than the 4Runner. By going with the Highlander you’ll enjoy a lower step-in height, better ride and handling, and a slightly quieter cabin. Your fuel economy will be better as well.

Still, if you need the torque of the 4Runner’s beefy 4-liter V6, or actually hit the trails and work your way through muddy, swampy, or rocky terrain, the 4Runner will serve you well. There’s good reason the Runner is the last of the breed–it was one of the best.