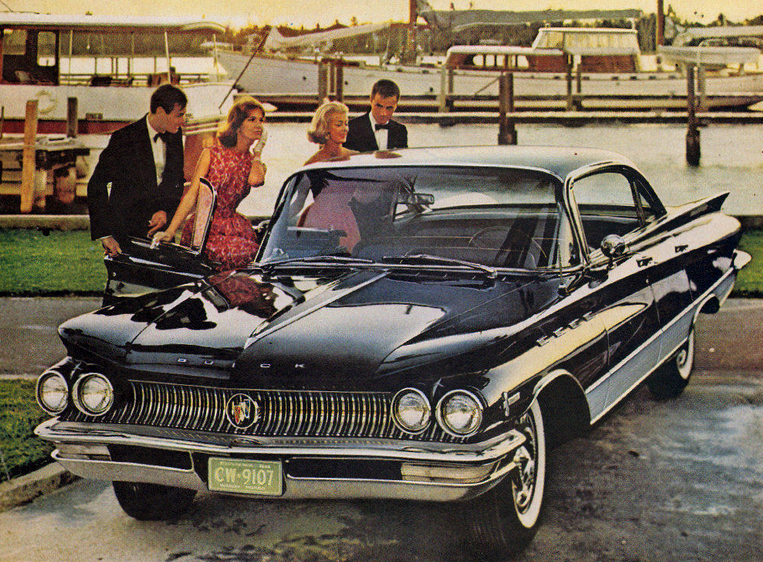 One might have assumed that, back some six decades, the realism of television might have served to protect the more fantastic qualities of print advertising. Especially automotive print ads, where dazzlingly illustrated cars with wonderfully exaggerated proportions were set into equally improbable landscapes.

Sadly, it seems that TV advertising had the opposite effect on print ads. By 1960, about half of all automotive print ads featured actual photography, and most of the illustrations in ads had become surprisingly realistic.

That’s not to say that there wasn’t still a fantastic quality to some of the ads, but we are still pretty fond of the “old-school” drawings—even if they were a little misleading.

The Ford TV commercial here has a certain dreamlike quality to it, and tight camera angles are used in places to emphasize the vehicles’ lengths. The ad is an interesting bridge to more-modern commercials, combining old-school fantasy elements with then cutting-edge lighting and camera work.

Below, we share ten classic new-car ads from 1960. See if you can immediately tell which feature photography, and which are still incorporating hand-drawn art. 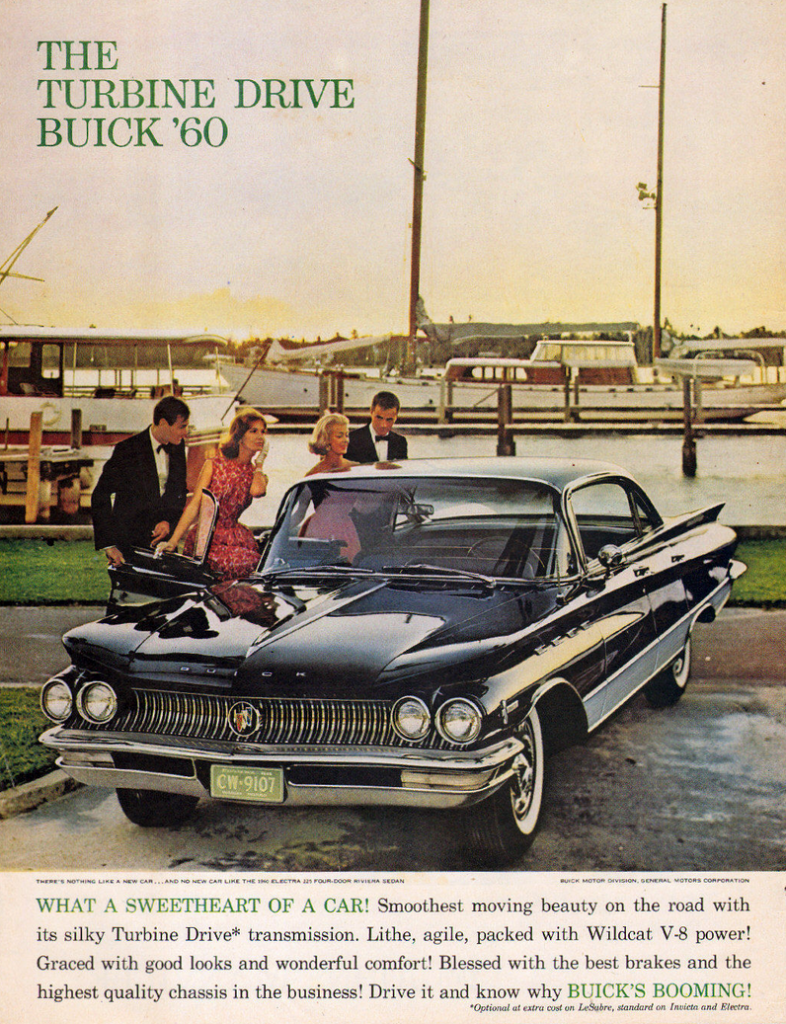 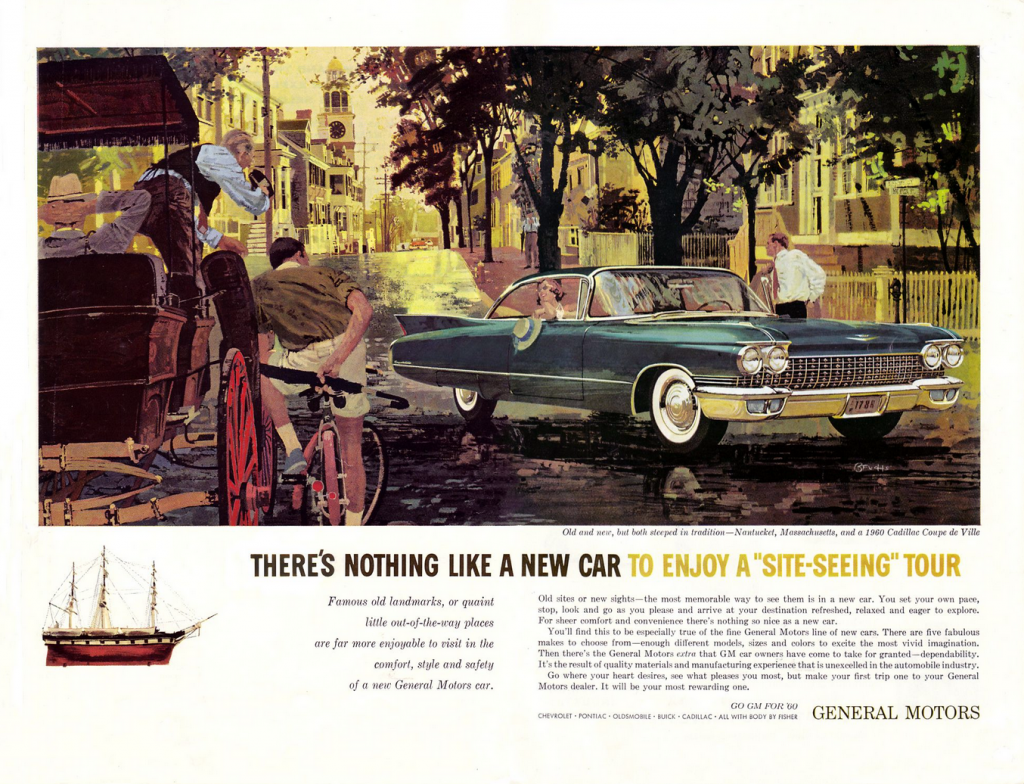 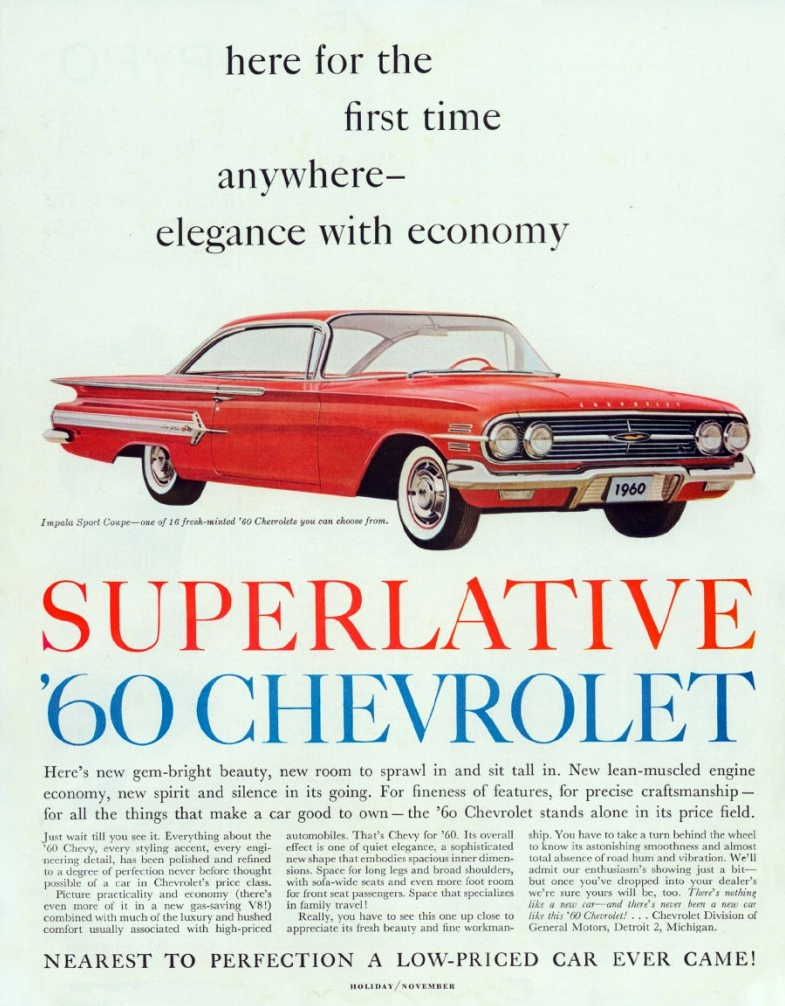 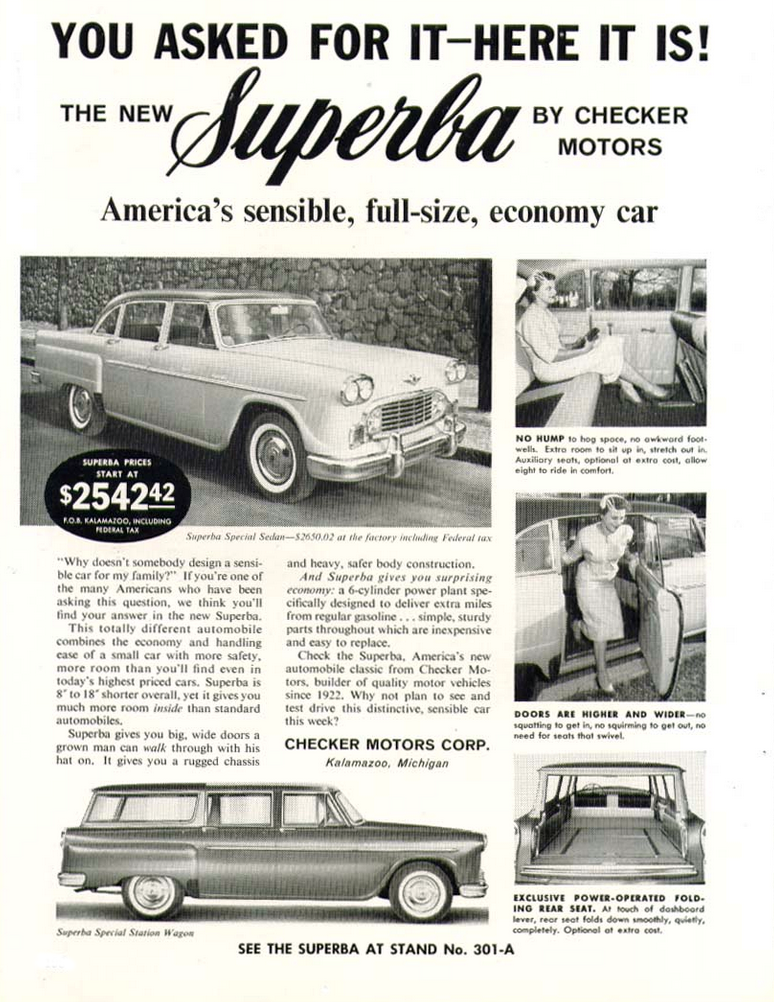 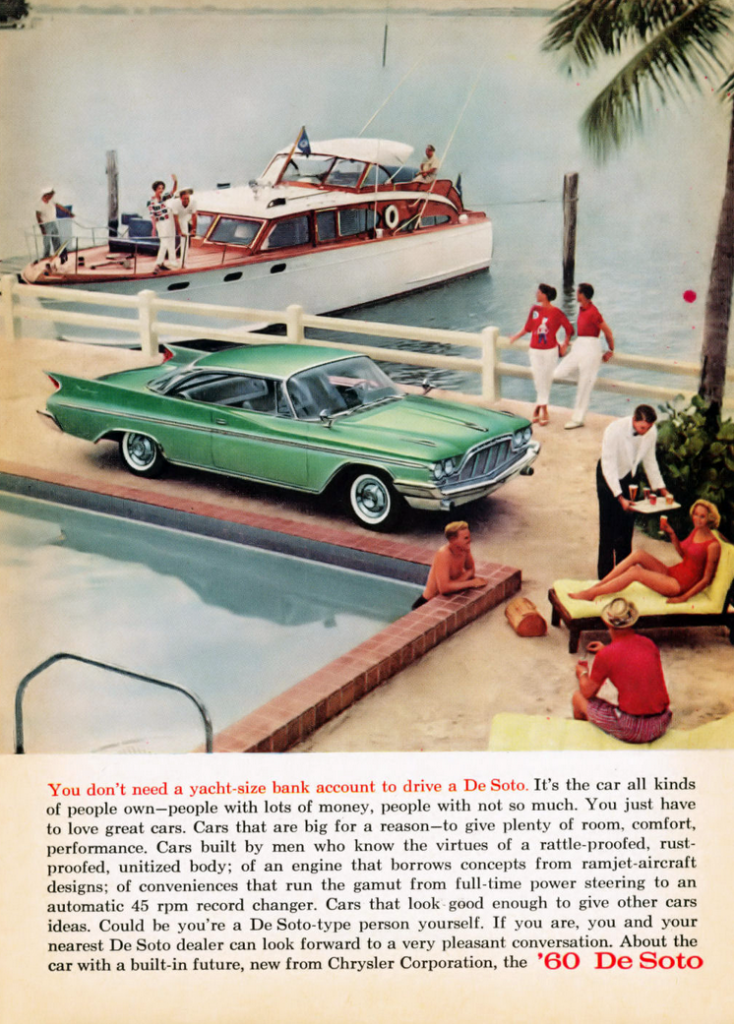 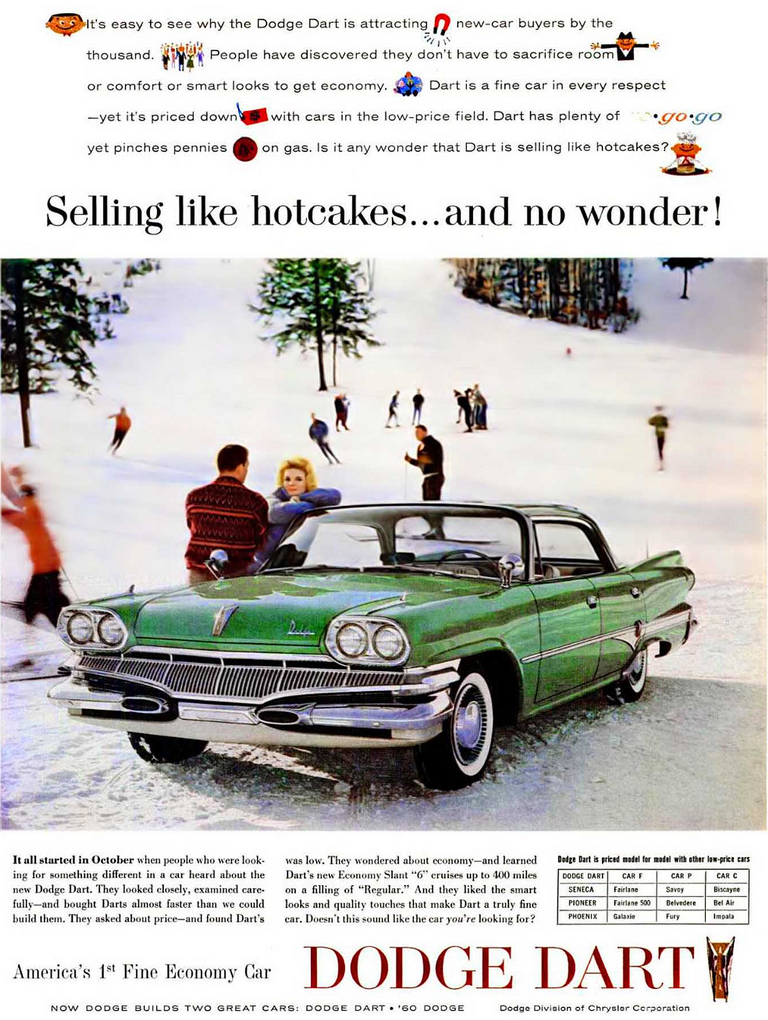 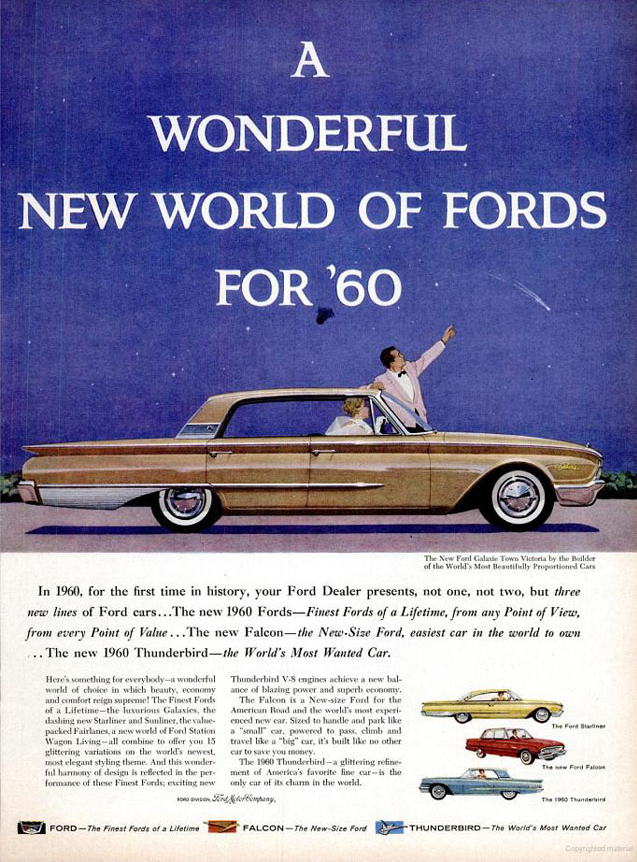 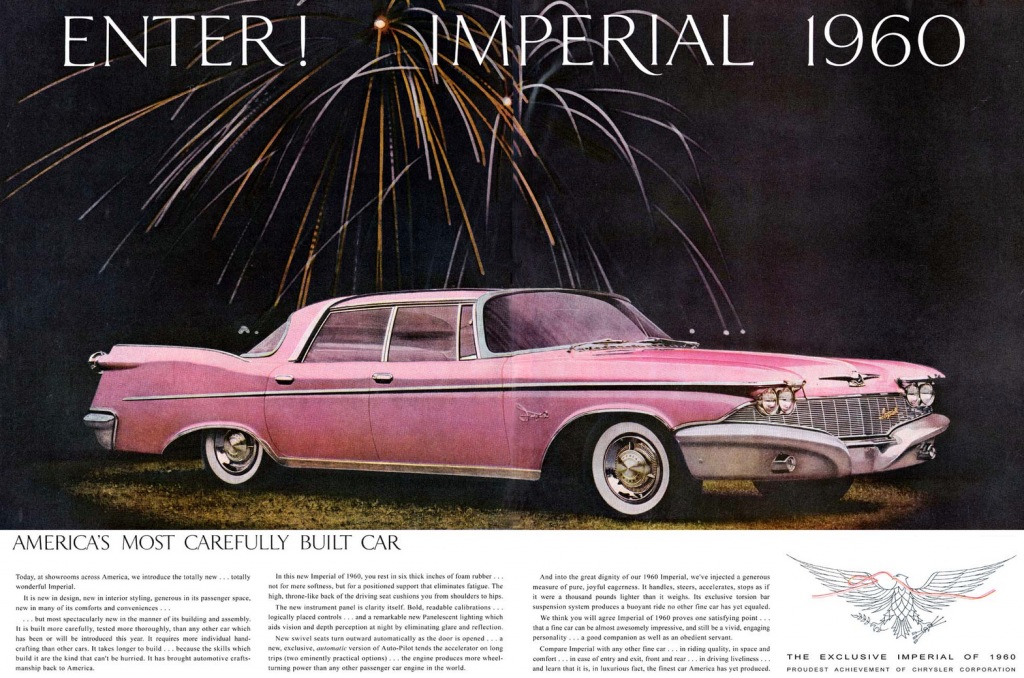 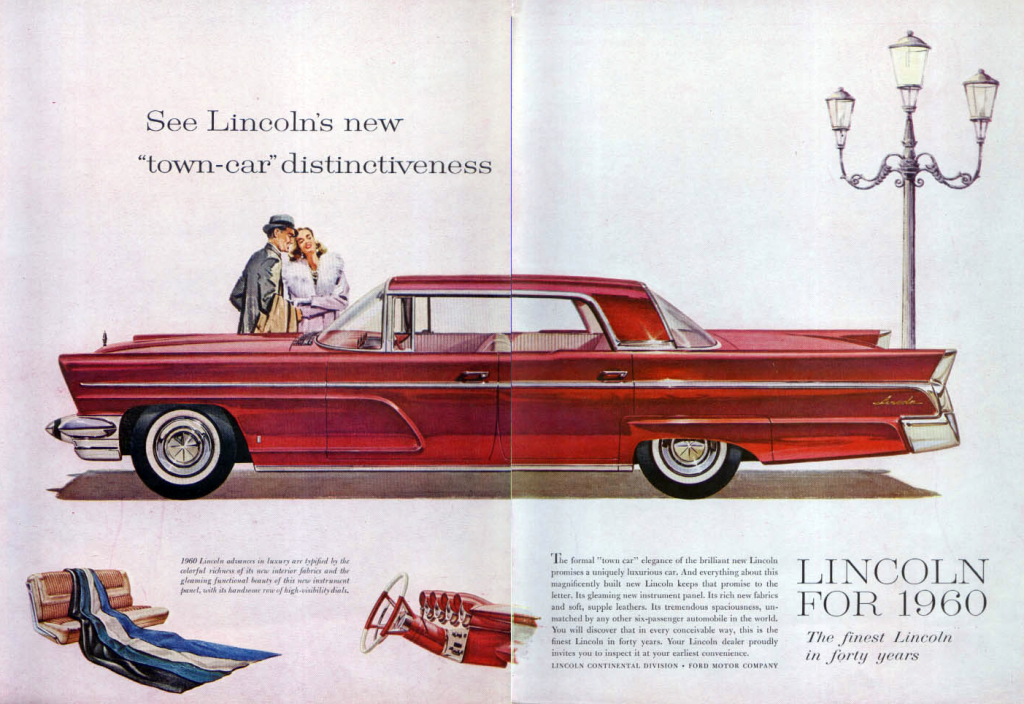 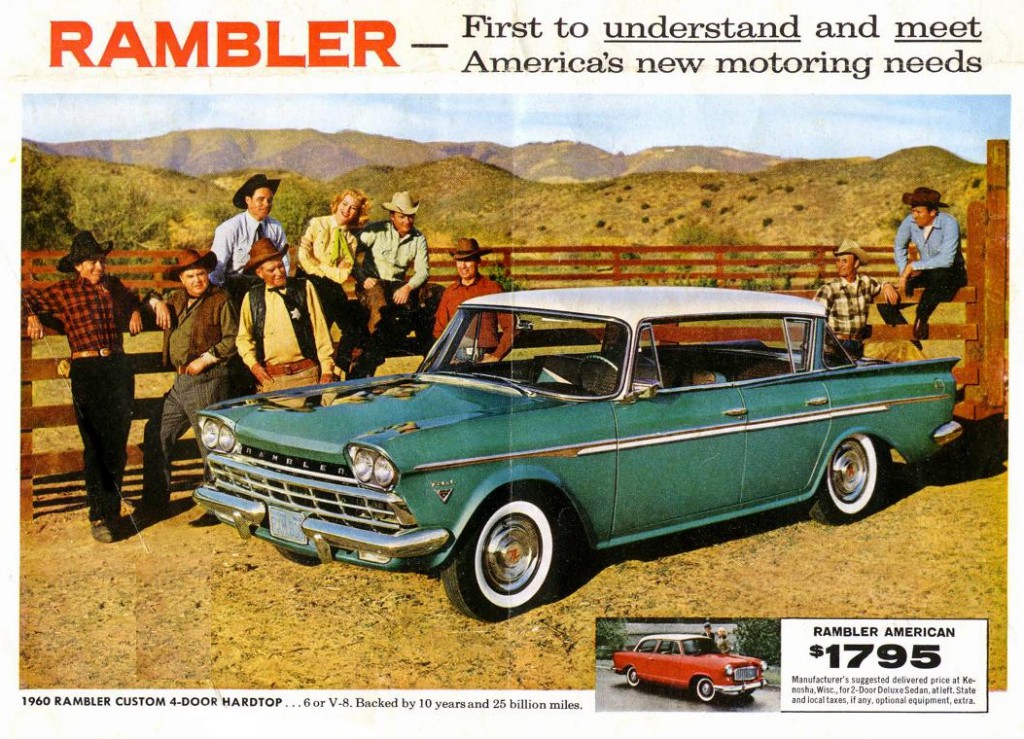