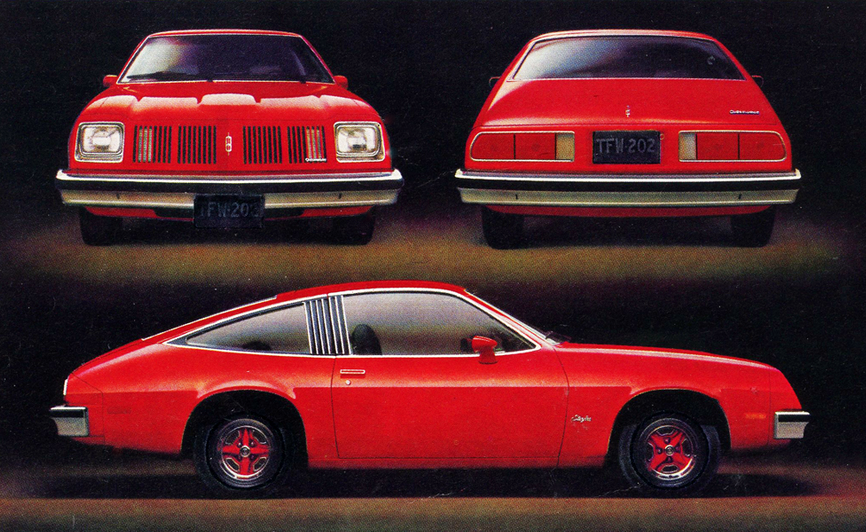 By 1979, there was light visible at the end of the tunnel for performance-car enthusiasts. Though horsepower was still wanting in most cases, cars were growing leaner, and arguably better built.

The big news for ’79 was the redesigned Ford Mustang, which swapped its Pinto-derived underpinnings for all-new, thoroughly modern architecture. Still rear-wheel drive, the new Mustang, riding on Ford’s “Fox” unibody platform, was lighter than the car it replaced, and far more space-efficient.

The Mustang TV ad shared here presents what appears to be a stunning acceleration test result for the ‘Stang–well, stunning until you realize the reported figure is for a 0-50-mph run, not a 0-60 sprint.

Also redesigned for 1979 was the Mercury Capri, which moved to the Fox platform and became a mechanical clone of the Mustang.

So, for your enjoyment, please check out all ten 1979 classic sporty-car ads we’ve collected here. Let us know in the comments if you’ve ever spent time with one of these late-Seventies coupes. 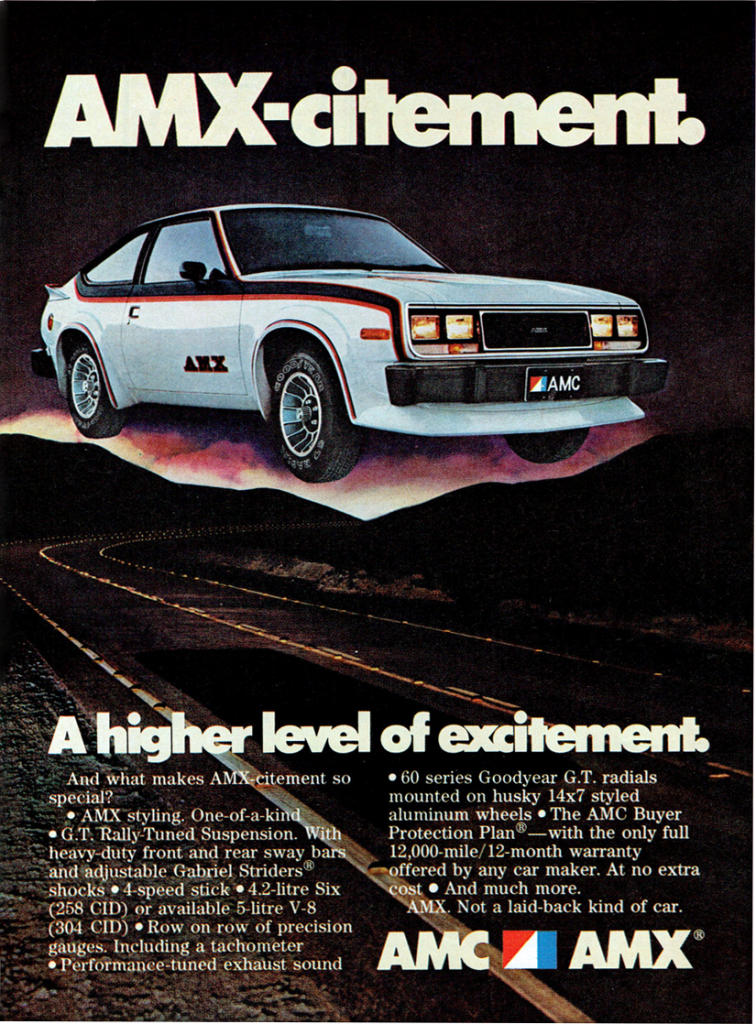 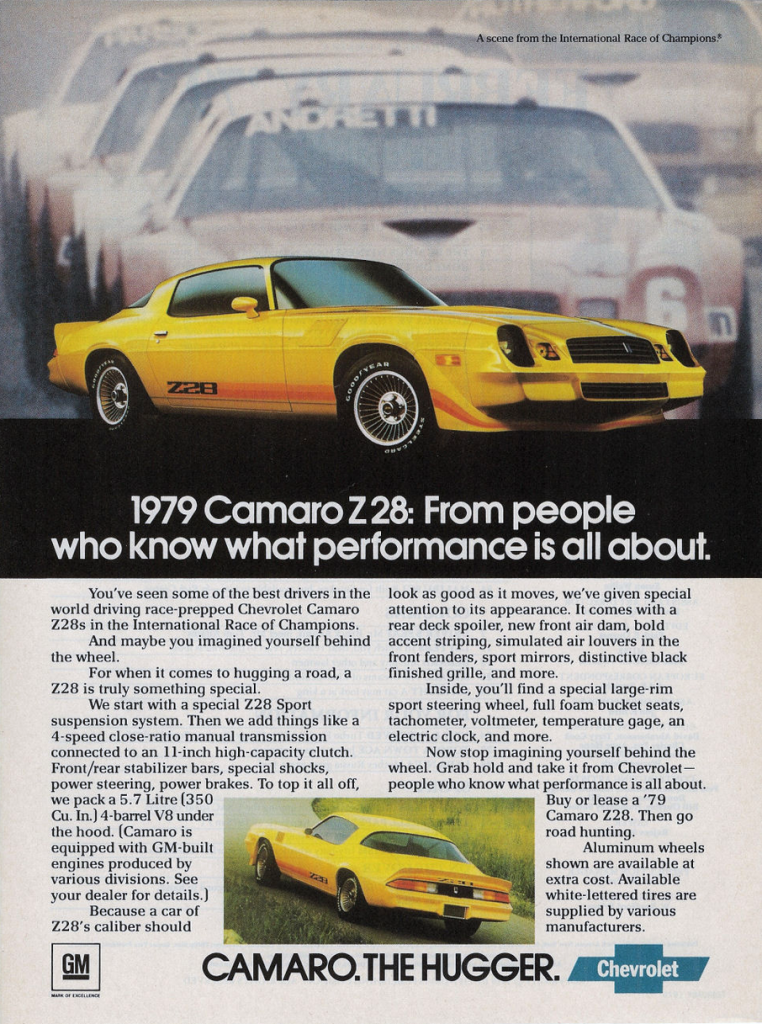 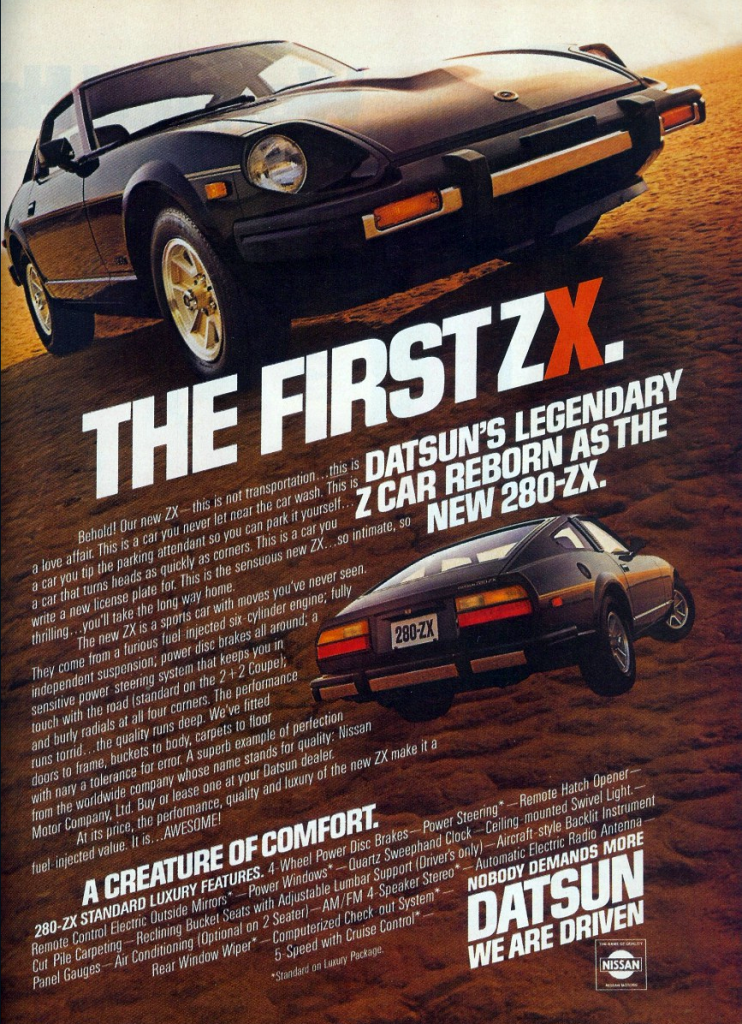 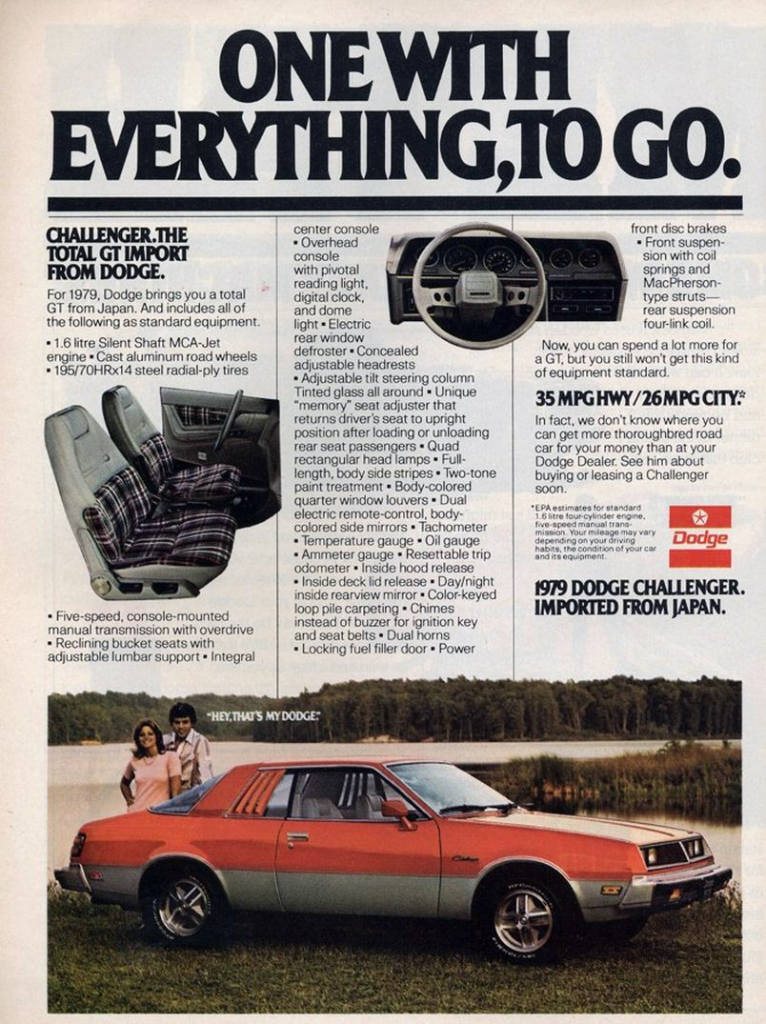 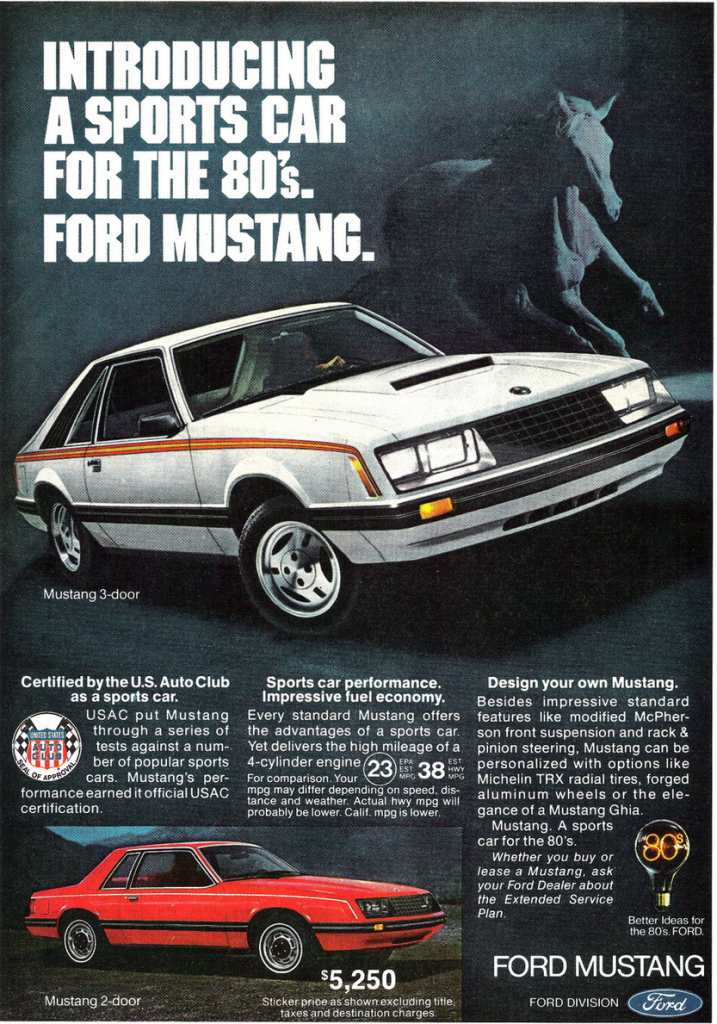 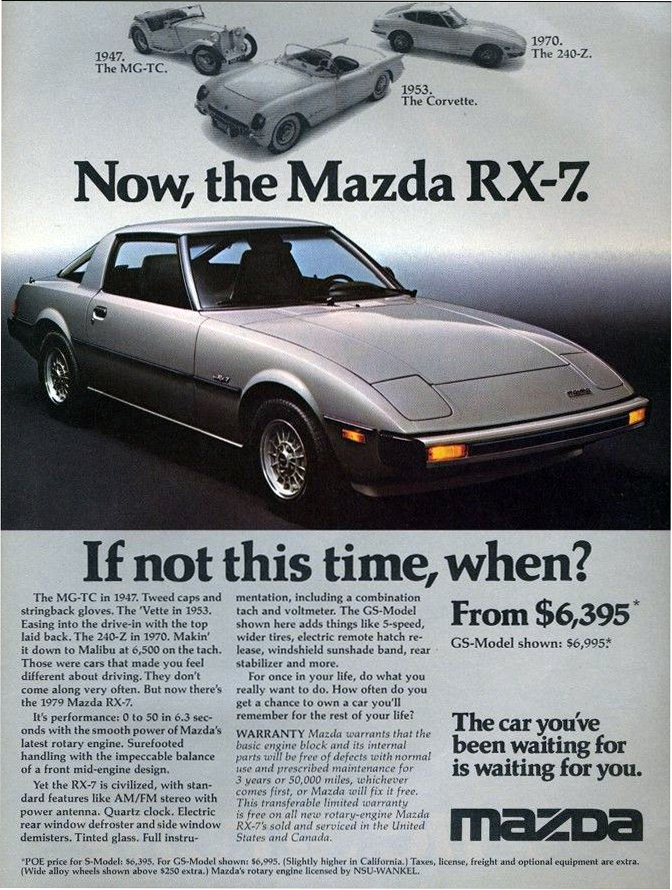 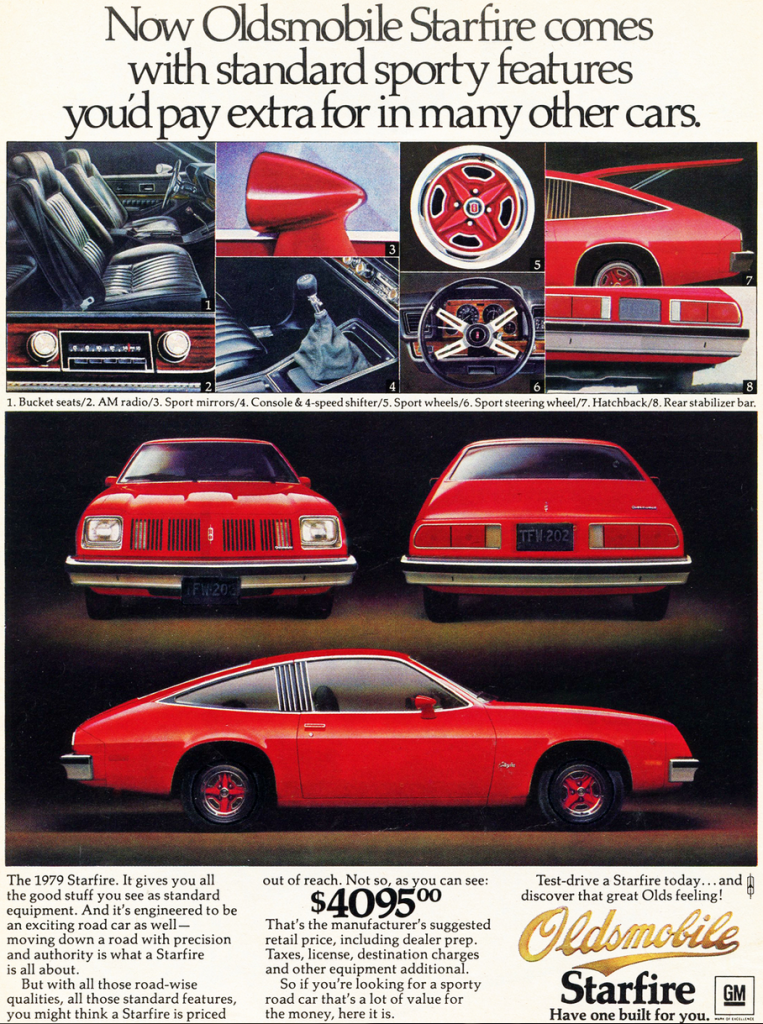 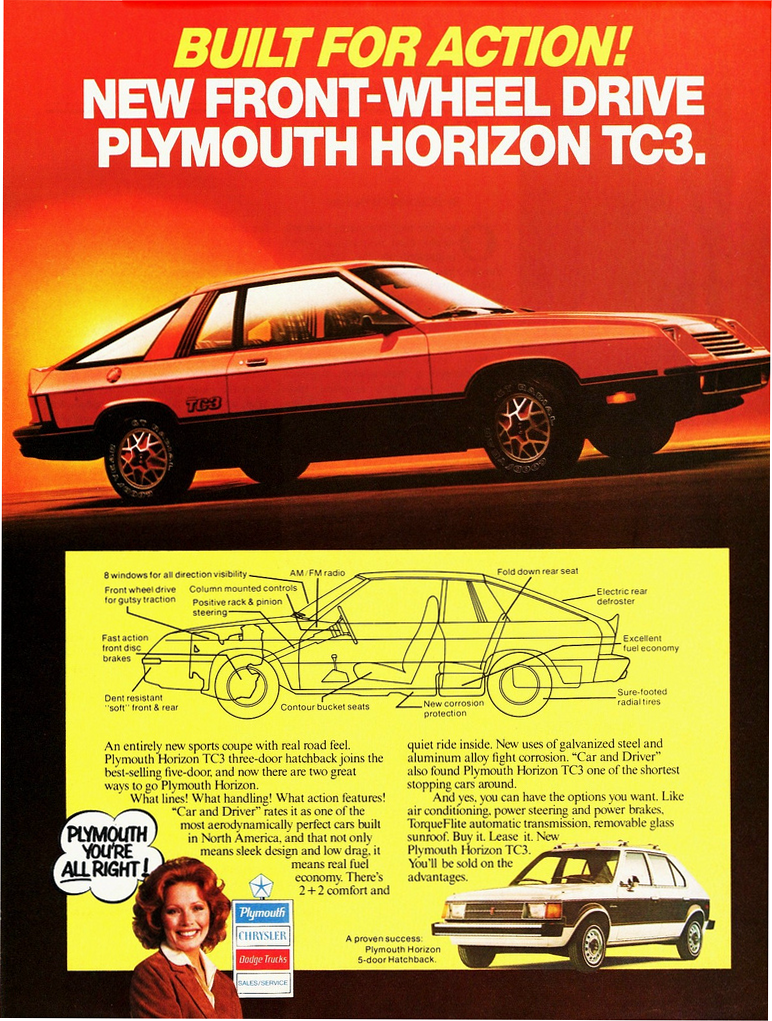 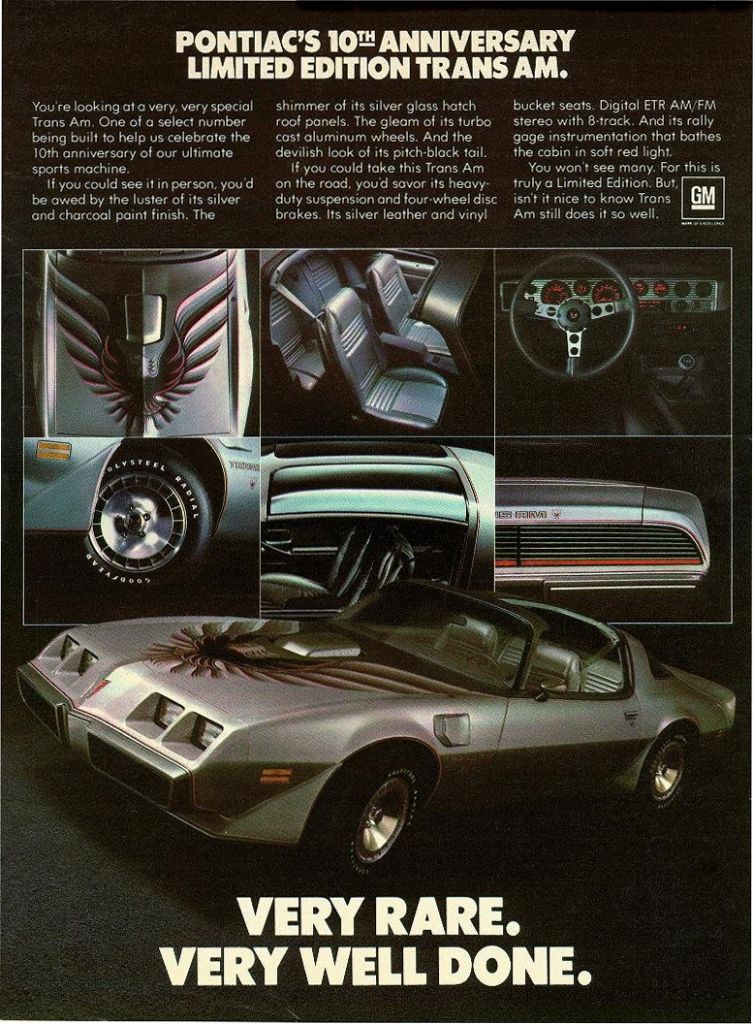 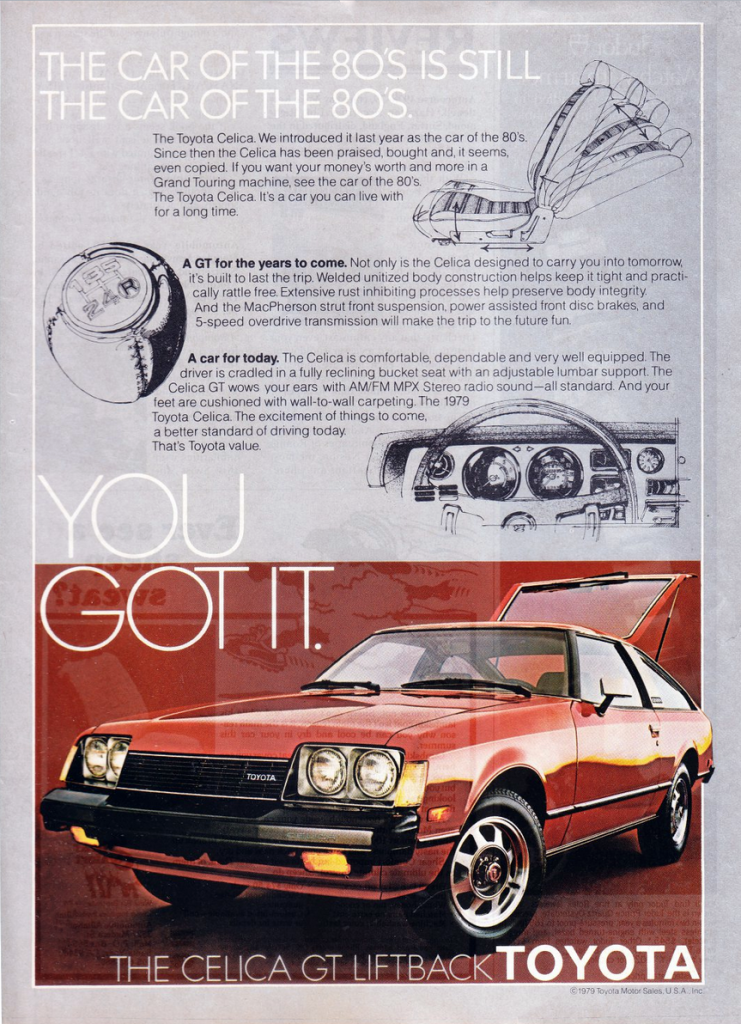