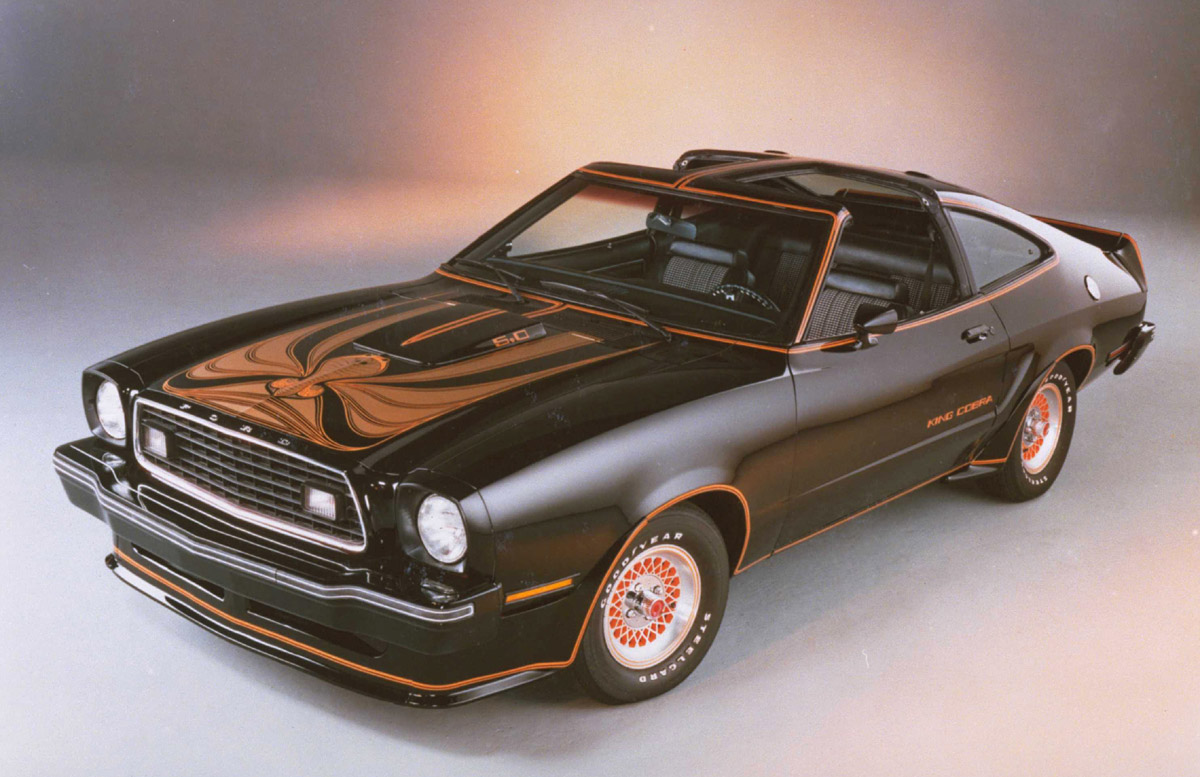 Was the Mustang II the product of savvy marketing, or was it just a lousy pony car? A 1978 King Cobra is shown here.

Bad things happened to the automobile in the early to mid Seventies. In a nutshell, fuel prices soared, safety and emissions regulations became more stringent, and American attitudes regarding cars and driving were in flux.

Around that time the muscle car died, Nixon updated his resume, and Big Hoss and Little Joe rode horses through a burning map for the last time.

Also around that time the Ford Mustang underwent serious invasive surgery. The Mustang II, as the updated pony car was dubbed, was not met with universal love from the enthusiast community, but it did go on to sell shockingly well.

Mustang lovers had much to kvetch about. The newest ‘Stang shared mechanical bits with the lowly Pinto, straight-line performance was tepid, and the car’s styling was, for the most part, polarizing.

But was the Mustang II in any way a mistake? Ford says no. With the 50th anniversary of the Mustang upon us, the automaker is taking this opportunity to defend the direction Mustang was taken back in 1974. Reprinted in its entirety below is a Ford press release that claims the Mustang II was “The right car at the time.”

Was it? You can decide for yourself.

The Right Car at the Time: The 1974 Ford Mustang II

Forty years ago this fall, a completely redesigned second-generation Ford Mustang hit the road and it was a radical departure from the 1973 model it replaced. Mustang II arrived in dealerships just as the Middle East oil embargo caused gasoline prices to spike and new safety and emissions regulations were taking effect. It was significantly smaller and lighter than the car it replaced and for the first time since the Mustang debuted, no V8 engine was offered!

While the 1970s were a tough time for performance car enthusiasts as the raw performance of 1960s muscle cars gave way to a new breed of machines, the Mustang remained a popular choice because it evolved to be more sensibly sized and efficient to meet the times.

Here’s a look at some often overlooked facts about the Mustang II:

Despite becoming the ‘forgotten’ Mustang in today’s enthusiast mainstream, the 1974-78 Mustang II stood up to the competition well, and deserves recognition as one of Mustang’s many success stories. Without the foresight of Ford to create the Mustang II when it did, we probably wouldn’t be celebrating 50 Years of Mustang today.