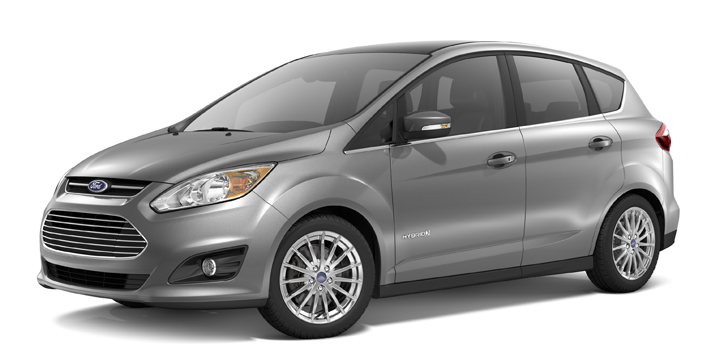 C-MAX is the latest vehicle to join Ford’s North American lineup. Sold in several worldwide markets as the Grand C-MAX, this midsize car is similar in concept to the discontinued Kia Rondo. It’s a tall-body wagon that seats up to 5 passengers. What makes this vehicle unique is that it will only be sold as a gas/electric hybrid, in either standard or plug-in “Energi” guise.

These vehicles are always tough to pigeonhole. We would consider the C-MAX’s competitors to be the Chevrolet Volt, Mazda 5, and ota Prius v. We would expect pricing of this vehicle to be similar to that of the Prius v. Ford will produce the C-MAX in the United States alongside its Focus compact.

The 2013 Ford C-MAX is the latest addition to the company’s product lineup. Sold in several worldwide markets as the Grand C-MAX, this midsize car is similar in concept to the Mazda 5, though this vehicle borrows elements of its basic design from the Ford Focus. C-MAX seats 5 passengers and has 4 traditional doors. Full trim levels have not been announced, but we know this vehicle will come as the gas/electric Hybrid as well as the plug-in gas/electric Energi. All will be powered by a 2.0-liter 4-cylinder engine that pairs with a battery-powered electric motor. C-MAX can run on one or both of its power sources to balance acceleration and fuel economy. No details of total power output, charging time, or electric-only driving range have been announced so far. The sole transmission will likely be a continuously variable unit (CVT) that behaves much like an automatic. Safety features include, ABS, traction control, antiskid system, curtain-side airbags, and front-side airbags. Unique to the C-MAX is a hands-free tailgate, which employs a sensor under the rear bumper. With the key fob in pocket or purse, drivers can swipe their legs under the bumper to open the tailgate. Other available features include a navigation system, dual-zone automatic climate control, and a panoramic sunroof.