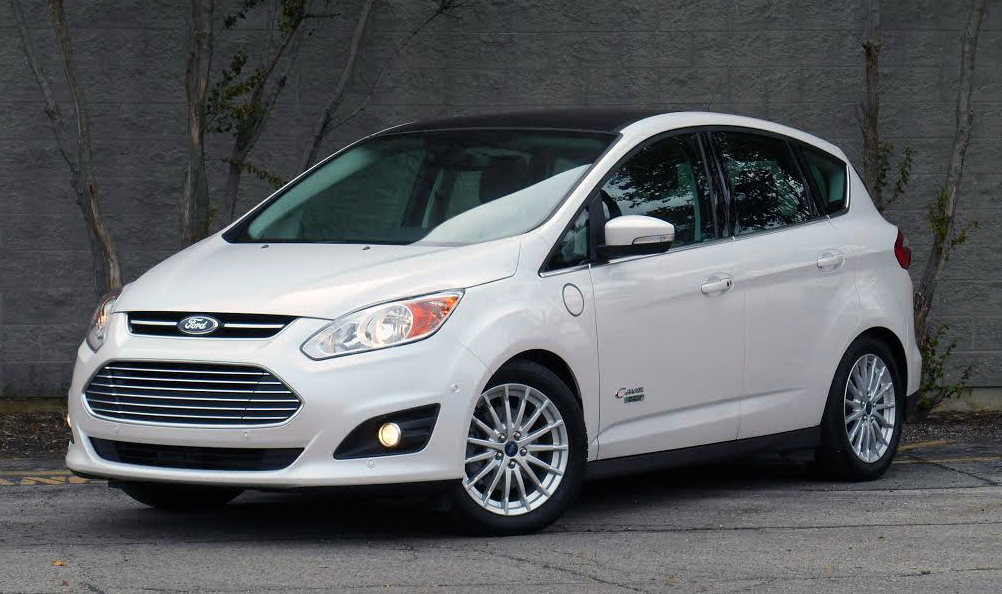 The not so good: high price, disappointing fuel economy

It’s good to be responsible, but is it responsible to pay $38,000-plus for a Ford C-Max? There’s a tough call.

The C-Max in question is the Energi version, a gas-electric hybrid with plug-in capability for periods of all-electric operation if desired. As a result, the Energi has an EPA-estimated mpg-equivalent rating of 95 city, 81 highway. That’s all to the good. However, the C-Max Energi comes in one high-content SEL trim level, which, with the added electric-car componentry, pushes up the price. Plus cargo capacity suffers in order to make room for the Energi’s bigger battery pack. 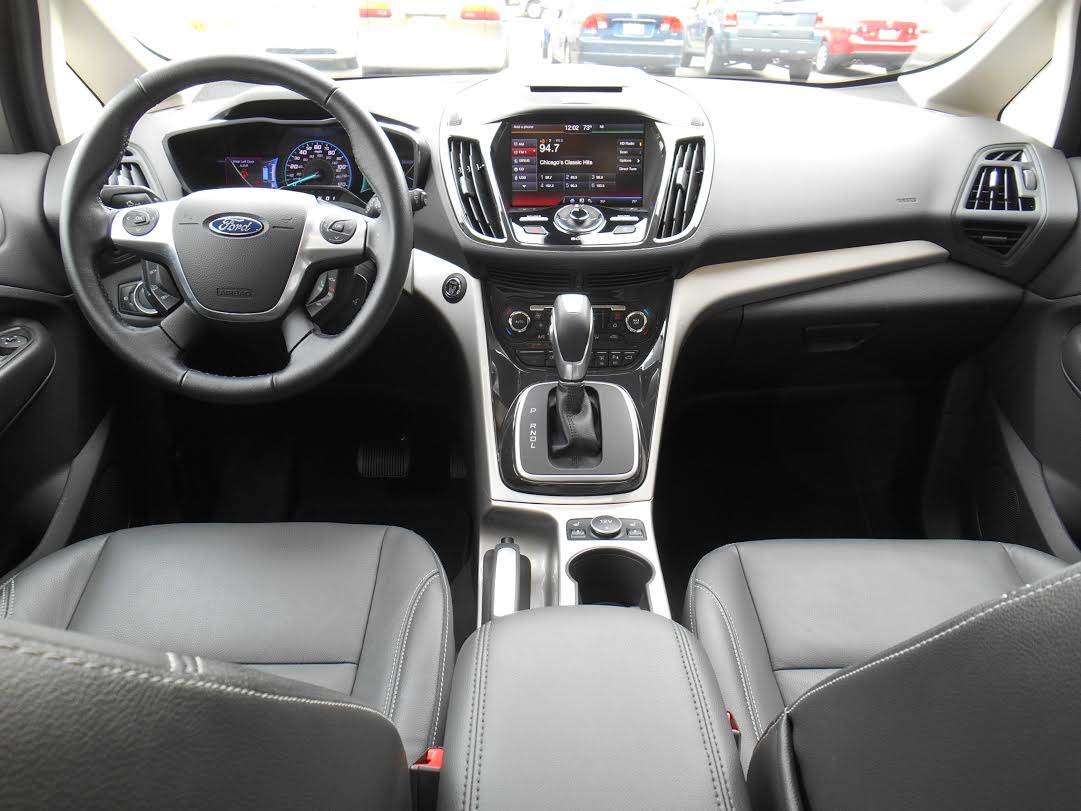 Compared to the non-plug-in C-Max Hybrid SEL, which starts for about $4500 less in 2014, the Energi adds a 7.6 kWh lithium-ion battery (in place of the Hybrid’s 1.4-kWh pack), an illuminated charge port, and MyFord Mobile smartphone app and website access to help plan and manage charging. Otherwise they are equipped essentially the same, starting with a 2.0-liter 4-cylinder gas engine and electronically controlled continuously variable transmission that operates like an automatic.

This tester drove Consumer Guide®’s test C-Max Energi like a hybrid, and not an EV, considering he was making some late-night trips on lightly populated expressways. There’s a fairly seamless shift between low-speed electric operation and the switch to the gas engine, and the 141-horsepower four provides decent pickup without much racket. (With the electric motor chipping in under peak power demand, the Hybrid and Energi have a combined system rating of 188 horsepower.) 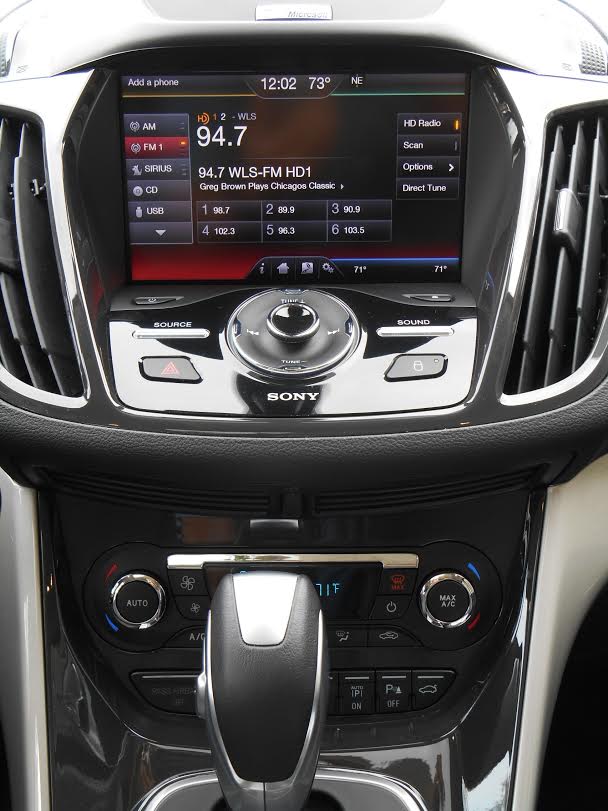 John called the C-Max’s MyFord Touch interface “quirky,” other editors have been less generous in describing the system.

The downside of sustained highway dashes in a hybrid is the toll they take on gas mileage. After 113.2 miles, 52 percent of that under city driving conditions, this driver averaged just 32.16 mpg. EPA ratings for the C-Max gas engine are 40 mpg city, 36 highway, with a combined-mileage estimate of 38 mpg.

Not only was the C-Max Energi ridden hard, it was—as the saying goes—put away wet. One of my late commutes came amid a pretty good rainfall that lightened up the 225/50R17 tires’ road contact (to say nothing of my right foot’s weight on the accelerator). However, overall grip in the wet was somewhat lacking—the Energi easily spun its front tires from even low-speed standing starts.

Handling is hardly challenging—the car’s small size helps make it quite nimble—but braking isn’t progressive, which can be disconcerting. Regenerative braking returns electrical energy to the batteries for hybrid operation, but just before coming to a stop, the regenerative braking backs off, creating the unsettling sensation that the vehicle is surging forward.

One of the C-Max’s charms is that it provides nice interior space in a pretty small package. There is terrific head room and visibility in the tall, airy cabin. There’s plenty of elbow room for front passengers and pretty good 2nd-row leg room, too. The C-Max will seat 2 adults or 3 kids in back, thanks in part to minimal floor hump that doesn’t get in the way.

However, the Energi extracts a price in cargo capacity. The big battery pack cuts into rear load space, considerably raising the load floor to make room for it. Rear seats fold in a 60/40 split for more cargo room, but for once the seats are below the level of the load floor—quite a bit so. In fact, with the seats folded, the Energi can hold 42.8 cubic feet of cargo, or 9.8 cubic feet less than a C-Max Hybrid being used the same way.

Check out all of our hybrid-vehicle reviews

Cabin materials are nice. The upper dash and door tops are well padded, and there is lots of soft-contact area on the rest of the doors. SEL-level interiors feature soft leather on the seats, steering wheel, and shifter knob.

Controls are kind of quirky. The electronic instrument display shows up well, and the “Eco guide” to the left of the speedometer does a good job of simply showing when you’re drawing on or charging electric reserves. The radio “on” button and mode selector actually lie flat on a surface below the audio/navigation display screen in the center of the dash. Manual selection and retention of audio presets is a little cumbersome, but using them once set is fairly simple. When the car is in “Park” with the shift lever all the way forward, it obstructs access to some of the climate-control buttons. 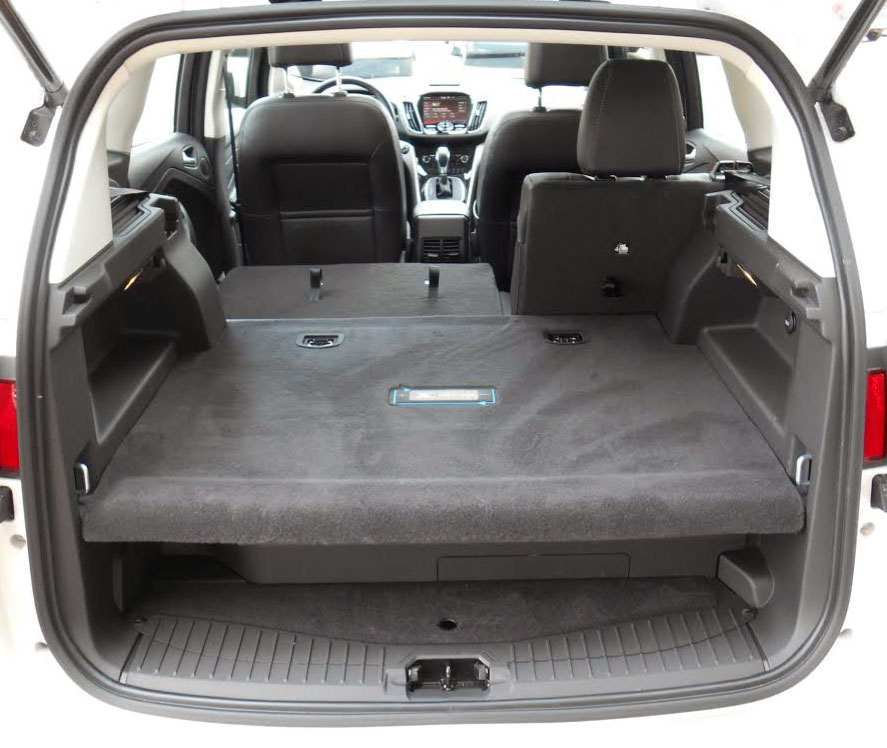 To accommodate the Energi’s 7.6-kWh battery, the load floor has been raised about 12 inches above that of a conventional C-Max.

Personal storage up front consists of a bilevel glove box, 2 open cup holders in the console, a covered console cubby that’s very deep but not so long (a great place to keep your foot-long sub sandwich!) with a removable tray and device plug-ins, and door pockets with bottle holders in the front doors. Rear storage comes down to pouches on each seat back, small door pockets, and a pull-down center arm rest with 2 cup holders built in.

Other key C-Max Energi standard equipment (at $32,920) includes dual-zone automatic climate control, a tilt/telescoping steering wheel, a 110-volt powerpoint and 2 12-volt outlets, remote keyless entry, heated seats, push-button starting, SYNC with MyFord Touch infotainment system, satellite radio, a rear spoiler, reverse-sensing system, and a rear hatch that will open or close at the wave of a foot under the bumper—though not necessarily on the first try in my experience. CG’s test car ran up to $38,655 delivered with premium paint; a panoramic sunroof; and a technology group that added things like the nav system, enhanced audio, a rearview camera, and active parking assist.

A number of new vehicles today offer a lot of the C-Max Energi’s features before the sticker reaches $38K, and with benefits like better cargo room or driving dynamics. It’s true that they’re not set up to get the Energi’s commendable potential fuel economy, but at that price for a C-Max, it seems you have to be doing well in order to do good.

Although a fine concept, Ford’s C-MAX hybrid hasn’t proven very popular in the marketplace — and that goes double for this Energi plug-in version. Particularly in the case of the former, that’s kind of surprising to me. Granted, the C-MAX hybrid can’t match Toyota’s famed Prius hatchback’s lofty EPA numbers, but its “tall wagon” shape provides lots of headroom and a greater amount of useful — and more flexible — cargo space. Furthermore, visibility is quite good thanks to a raised driving position and relatively thin roof pillars, and the ride is more supple than that of many vehicles in the class.

There are some downsides to the C-MAX, however. The MyFord Touch control interface isn’t the friendliest to use, cabin storage could be better, and the hybrid drivetrain’s “rubberbanding” effect under acceleration might seem strange to some — though it provides adequate acceleration and quick response when the throttle is stabbed at speed.

And then there’s the Energi version, the subject of this test. While Ford says the Energi’s larger battery and plug-in capability give it a 20-mile electric-only range, we found that just accelerating with the speed of traffic would force the gas engine into operation, so this would only be an “electric vehicle” if driven on short trips with restrained throttle inputs — and frequent charging. Furthermore, the Energi gives up some cargo space — and quite a lot of cargo flexibility — to its larger battery pack that raises a large portion of the cargo floor. So there’s more to be paid for that “electric” capability than is reflected in the higher starting price. All told, it’s probably the rare buyer who would see a proper return on the Energi’s added initial investment, and who wouldn’t miss the sacrificed cargo capability.