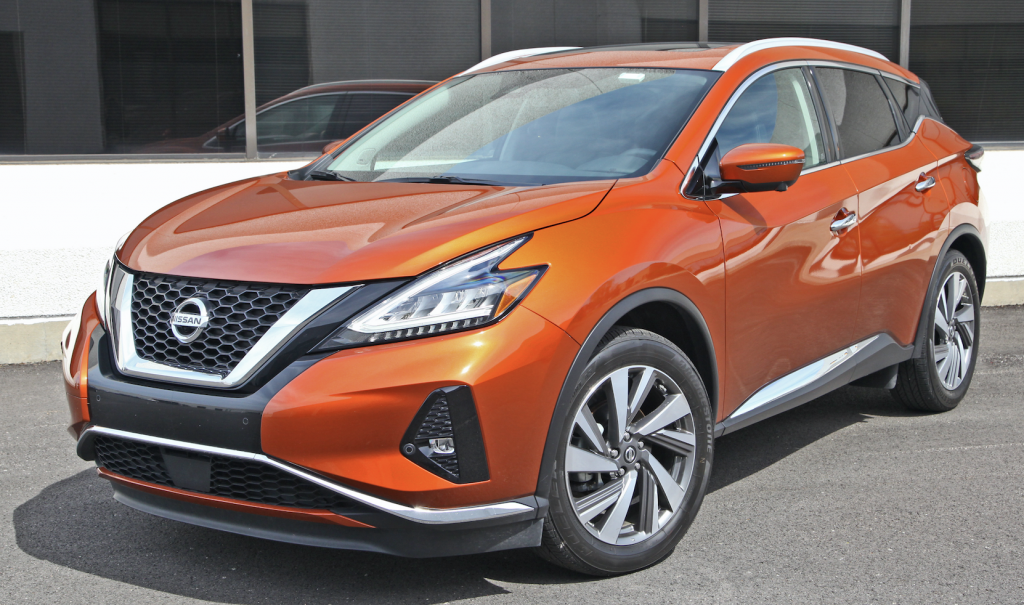 The great: Versatile, spacious cabin for passengers and cargo

The not so good: Some interior-design elements not as up to date as recently redesigned class competitors

In a crossover-crazy world, the Nissan Murano has long occupied a gap between “regular” members of the breed and “premium” ones. In recent years, however, that gap has been closing, as lower-priced examples have moved upmarket with higher-end features and more lavish trim.

That puts the Murano in a squeeze – one that hasn’t helped its popularity.

Yet as noted in a previous full Test Drive review of a nearly identical 2019 Murano SL but with AWD versus this tester’s front-wheel drive (please see that report for more details), the Murano still has a number of things going for it — some of which we’ll highlight in this report. 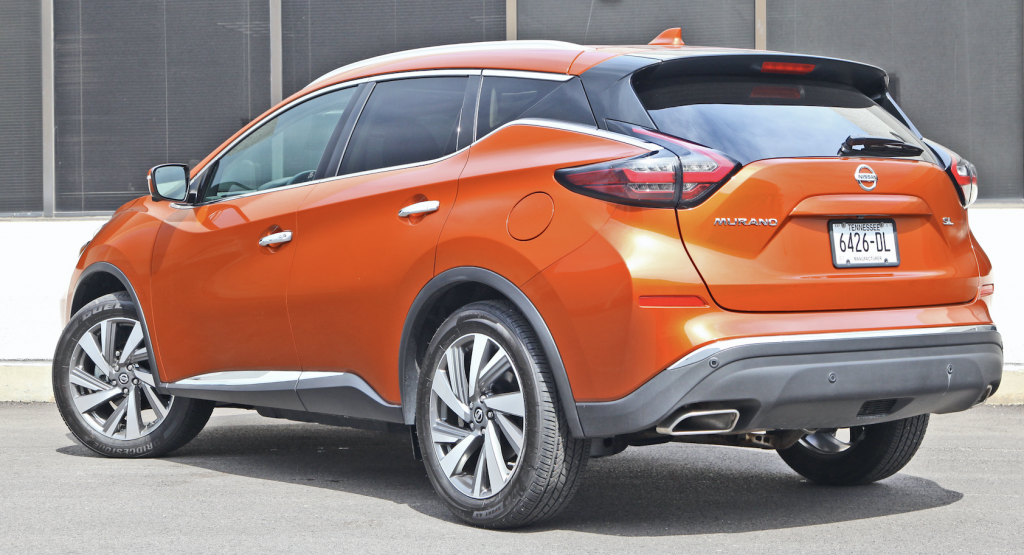 If you’re a fan of swoopy curves, the Murano has you covered. Its “floating” rear roofline is another stylistic feature, one that some rivals are now copying. Standard are front and rear obstacle detection, which helps keep those chrome-trimmed bumpers straight.

Distinctive styling is one, though what makes it “distinctive” may not be viewed as a positive by some. Less murky is its ability to provide comfortable accommodations for four good-size folks – five in a pinch – along with a fine selection of upscale features.

The interior is a Murano strength. We found the “Zero Gravity” front seats to be especially comfortable and the control layout unusually easy to use. We noted that the front camera (of the 360-degree system that’s standard on the SL) comes on automatically if the nose is near an obstacle — a really nice touch.

Really comfortable front seats is another. Nissan refers to them as “Zero Gravity,” and though several models in the company’s lineup are claimed to offer them, we’re not sure they’re all the same underneath. And again, this might be something that’s subjective, but what’s not is that they power up quite high, a boon for shorter folks.

Another positive is that rear-seat space is very good, even for three. While that’s not unusual for a midsize crossover, the Murano’s nearly flat floor provides comfortable foot space for a center-seater, and those in the outer positions get heated seats, and all can enjoy the back-seat vent and USB/USB-C outlets. Also, a moderate ride height and the large door openings combine for easy access.

Although a bit “old school” in design, there’s something to be said for the simplicity of the control layout. Most elements are very easy to reach and decipher, something that’s not always the case nowadays. Also, when we drove up close to an obstacle, the front camera went on automatically, a standard SL feature we really appreciated. 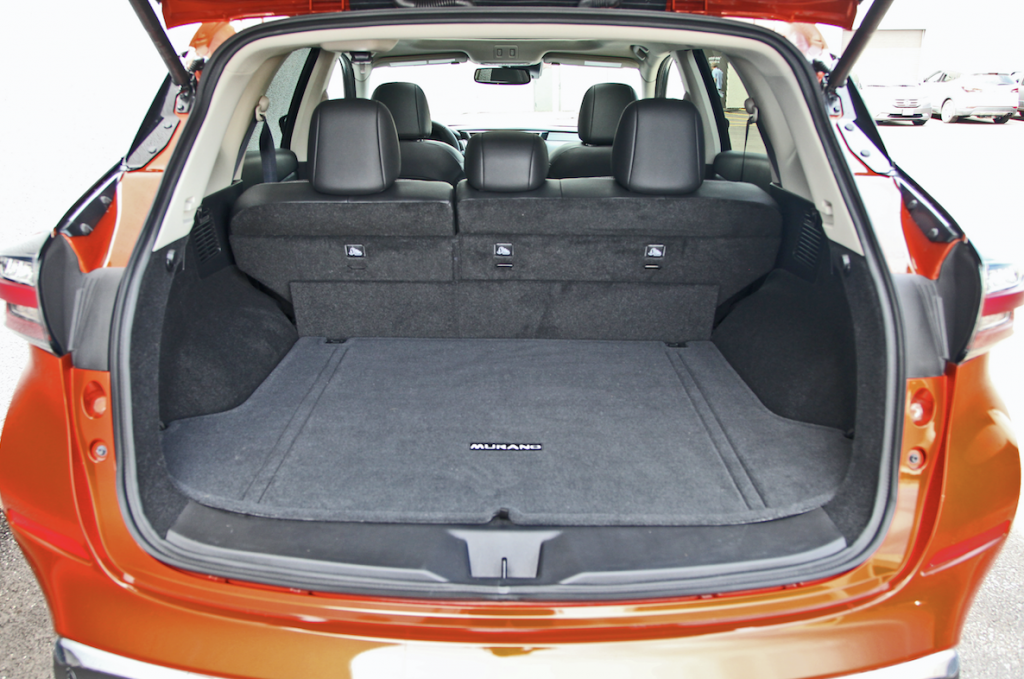 The rear seat backs (upright here) fold down with either the pull of a strap inside or via a release in the cargo area. Storage under the floor is confined to an unpadded well inside the spare tire.

The cargo area is accessed through a motion-activated power liftgate, and the rear seat backs can be folded either from the interior or from the cargo area. Oddly, while there’s a decent amount of underfloor storage, it’s “unofficial” in that it’s just in the unpadded center of the spare tire.

While the SL comes with quite a few high-tech safety features, the optional $1970 Technology Package added more — along with a couple of creature comforts. Among the former are pedestrian detection for the forward collision mitigation system, rear automatic braking (puts on the brakes when backing if you’re about to hit something), lane-keep assist, and lane-departure warning; among the latter are a panoramic sunroof, automatic high beams, and road-sign recognition.

In that last regard, however, it’s missing one of the new high-tech items we’ve come to appreciate … and can be found in the Murano’s far less expensive Rogue and Rogue Sport siblings.

Blame the fact that the Murano is currently boasting a design that dates back five years – a near eternity in crossover land – for its deficiency in offering Nissan’s ProPilot Assist. ProPilot is a semi-autonomous feature aimed at easing driving fatigue in stop-and-go traffic. It not only applies the brakes and gas when necessary to automatically “go with the flow” of traffic ahead of you, it also helps keep you centered in your lane, if necessary by following the vehicle ahead.

If you’re vacillating between the front-drive version of the Murano SL and the all-wheel-drive one, note that the latter adds $1600 to the cost, but (at least according to the EPA) subtracts nothing from fuel economy. So although our test vehicles were otherwise nearly identical — right down to the shimmering Sunset Drift paint — we’d pop for AWD and probably add the Technology Package while we’re at it.

An interesting blend of style and substance, the aging Murano holds its own against newer midsize rivals, at least if you only need two rows of seats.