What is Interactive Drive Control? 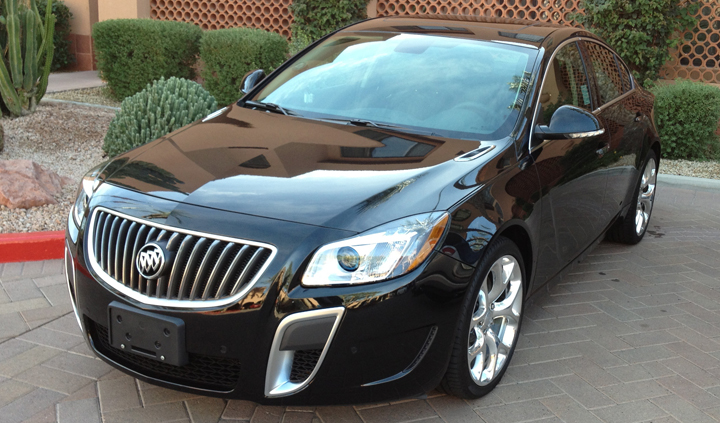 ZF manufactures the Interactive Drive Control System (IDCS), which is standard on the Buick Regal GS.

While the badge may say your new car is a Buick or a BMW, there’s an excellent chance that many of its parts, or even entire assemblies, were built by a completely different company. I’d guess that most consumers are aware that many of their car’s parts are made by outside suppliers through the relatively recent phenomena of branded audio systems. Think of some of the brands that appear on new car stereos today: Bose, Sony, and Fender to name a few.

Beyond tire companies, suppliers of other components aren’t usually as well known as the brands mentioned in the audio system example, and some of these firms don’t sell their products directly to consumers. German supplier ZF, which is nearing its 100th anniversary, is one of these relative unknowns.

ZF traces its history to 1915, when it was founded to develop and produce transmissions for airships and other vehicles. The airships in question were the famous machines of Ferdinand Graf von Zeppelin. Yeah, like the Hindenburg. Today ZF is a privately held company that is largely owned by the Zeppelin Foundation. It remains the largest company to evolve from the Zeppelin airship project.

While still based in Friedrichstafen, Germany, ZF organized its North American operations in 1976. It opened two factories here in 1986, and by 2001 it operated a technical center in suburban Detroit. Today, the company employs more than 6,200 people in the U.S. and has 22 production facilities in the States.

I probably first learned of ZF transmissions in the 1980s, so whenever I hear the company’s name, I think transmission. While gearboxes remain very important and account for a substantial share of the receipts, ZF also produces many other items. Suspension components including dampers, as well as complete suspension assemblies, account for large portions of the company’s business. A joint venture with Robert Bosch produces steering systems. Other product lines include chassis and driveline components for commercial vehicles and buses. ZF even produces items that are used in the generation of wind power.

Many of the items ZF makes are completely transparent to the user; in other words, they just do the job they were designed for. Some of the technologies allow for driver interaction. An example of this includes some versions of CDC. CDC is an electronically controlled shock absorber system that automatically adjusts rebound and compression characteristics via a proportional valve that controls the oil flow inside of each shock absorber. ZF says this allows for increased comfort and control. Versions of CDC are found on various models made by automakers including Audi, Bentley, BMW, Buick, Cadillac, Hyundai, Maserati, Mercedes-Benz, and Porsche.

The 2013 Cadillac SRX that ZF made available was a Performance model equipped with CDC, which Cadillac calls the continuously variable real-time damping chassis. In this installation, the system is always “on” and automatically “reads” the road and adjusts every two milliseconds. While we didn’t have a non-CDC SRX to compare to, ride quality on the rough gravel surface of the trail remained tolerable. Once on the highway, it was very comfortable.

The other vehicle in the group to have CDC was the Buick Regal GS. Here, Buick calls it the Interactive Drive Control System (IDCS). In this case, the driver can interact with the system via two dashboard buttons. The Regal’s buttons allow the driver to select between three modes: Standard, Sport, and GS. Here, the adjustable system’s behavior is more apparent.

The GS I drove was fitted with the available 20-inch tires. In Standard mode, ride quality is surprisingly comfortable for a car with sporting intentions and riding on aggressive low-profile tires. Don’t get to thinking this was totally the result of smooth Arizona roads, since we have observed the same comfortable nature in the GS test cars we’ve driven near our Chicago office.

While driving on the Arizona highway, cycling through the Regal’s IDCS settings revealed subtle yet significant differences. GS mode is the stiffest setting, and we noted more pronounced reactions from the body in relation to the road. It remained reasonably comfortable and never quite feels outright harsh like some other cars on large low-profile tires. On the rippled gravel of the Apache Trail, though, things were different. There, the firmer ride qualities of the Sport and GS modes were most obvious, and they resulted in noticeable body movement.

Somewhat surprisingly, the IDCS’s Standard mode resulted in reasonable ride quality in these conditions. While it’s difficult to imagine a car like the Regal GS often being driven on fairly rough gravel roads, it was more than up to the task. In Standard, the suspension was able to absorb much of the gravel road’s uneven surface. 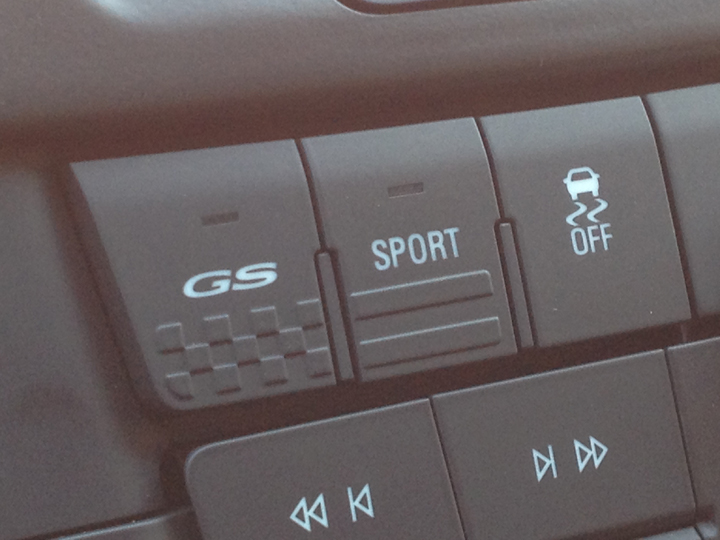 Buick Regal GS drivers can adjust their driving experience by hitting the GS and Sport buttons. 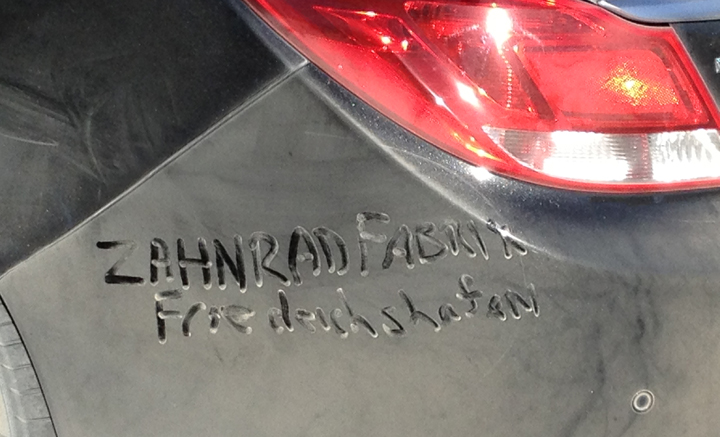