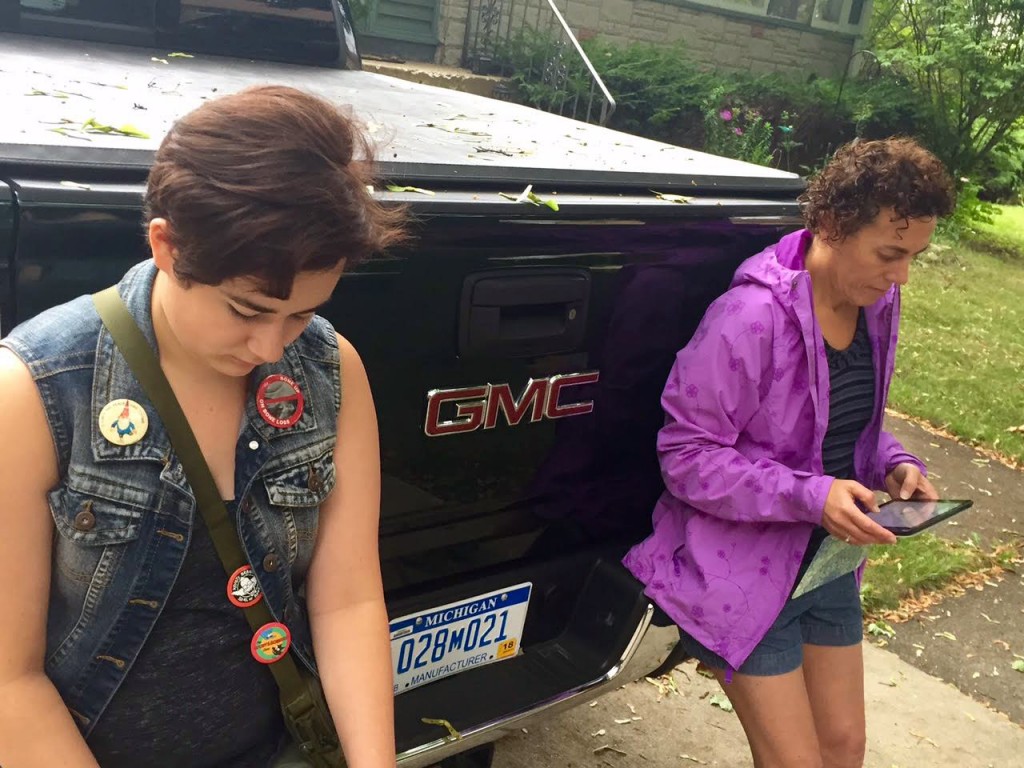 I’ve come to the conclusion that I’m pretty dull. You’d think that a guy who drives a different car every week would be at least a little interesting, but that’s apparently not the case, at least not to my family.

Because I do drive test cars on a regular basis, I am the official family driver. And, as my wife has family in Milwaukee (a two-hour adventure from our Chicago-area home) we frequently venture north when the weekend comes. 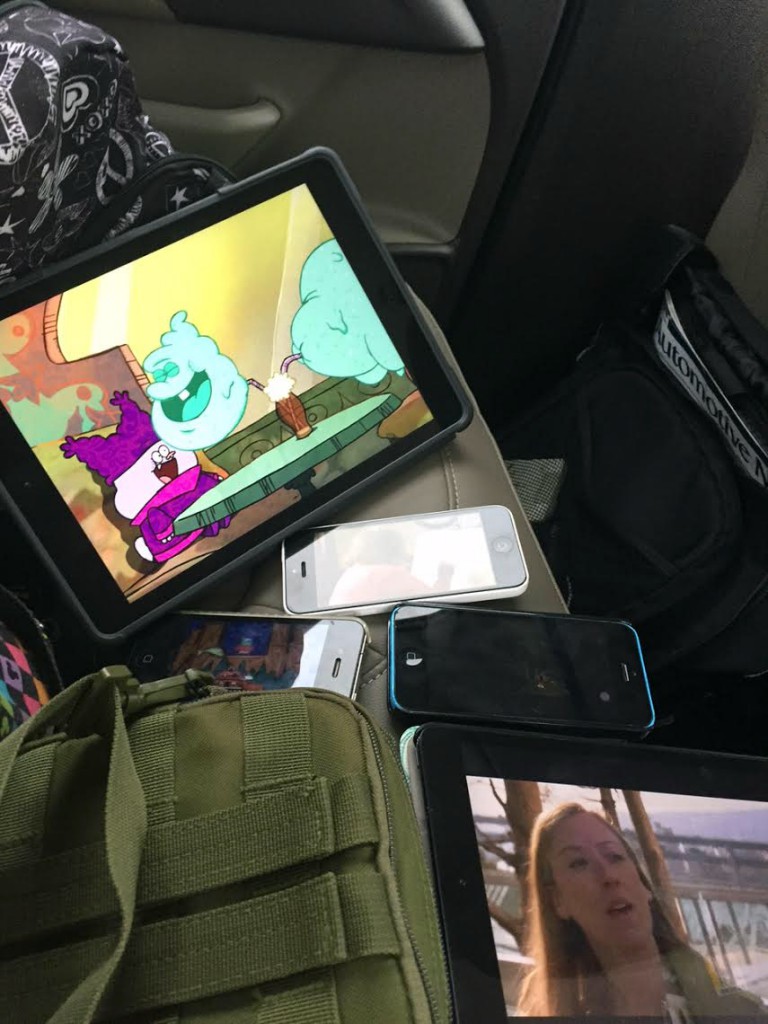 Tom’s daughter contrived to stream video on four phones and two tablets concurrently. All six videos ran without buffering or interruption. The missing phone was used to snap the image above.

The determination that I’m dull comes easily enough. Every time we hit the road—especially for longer trips north—my wife and daughter opt out of interfacing with me, choosing instead to keep company with their respective iPads and iPhones.

You’d think that, being neglected, I would at least be allowed to choose the music we listen to during our ride. That’s not the case. But I digress…

Thanks to spotty home Internet service, and a couple of long road trips, Famillia Appel has chewed through a lot of cellular data lately, and has not always enjoyed the top-notch service. And as my kid has become fond of “tethering” her iPod to her iPhone, the data drain can be prodigious.

A recent road-test stint with a 2015 GMC Canyon already equipped with the Wi-Fi service gave the family a chance to sample the system firsthand.

The OnStar 4G LTE system works as does any other Wi-Fi hot spot. Simply locate the Wi-Fi signal on your phone and enter the password. The password itself is user selected, and can be changed via the vehicle’s touchscreen.

OnStar claims that, given an available 4G LTE signal, the system will provide sufficient bandwidth for seven devices to stream video concurrently. Having witnessed a demonstration of this earlier, I was eager to attempt the same on my own.

Somewhere near Kenosha, Wisconsin, on a routine Chicago-to-Milwaukee run, my daughter contrived to have six devices (four phones, two tablets) streaming video at the same time. Though short of the claimed seven, my kid reports smooth video presentation on all the devices, this with no buffering or image-quality issues.

Having learned that the OnStar system works as claimed inside the truck, it was time to see how well it operates as a local hotspot. As it turns out, it works pretty well. 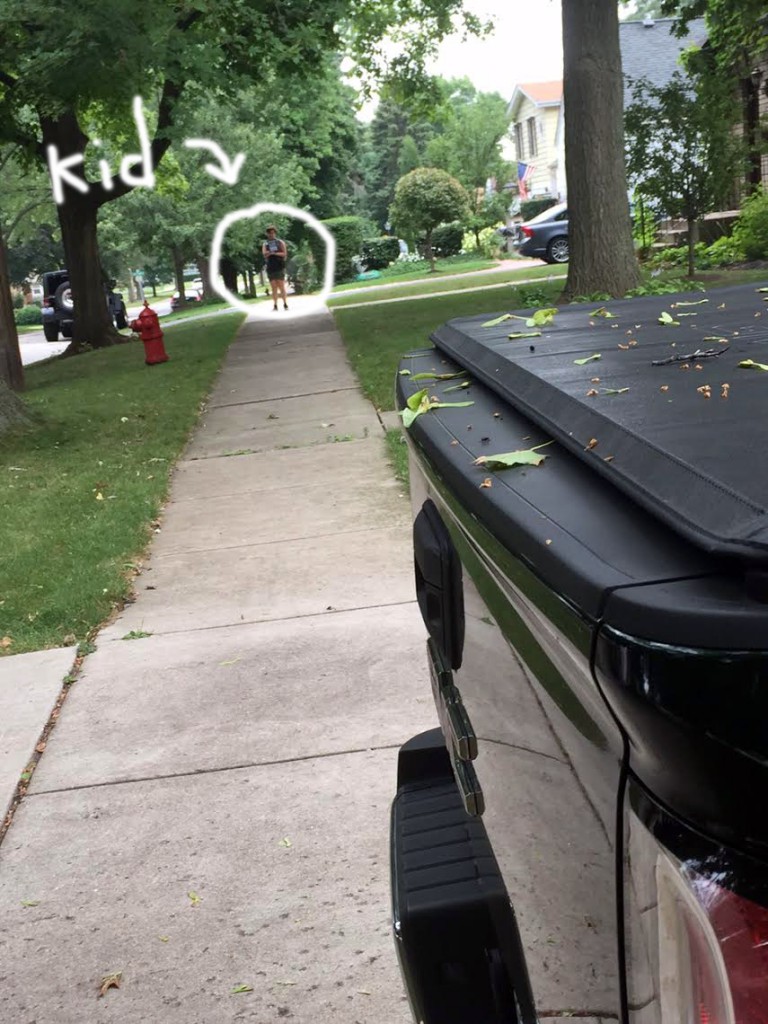 In this less-than-scientific test, Tom’s daughter walked approximately 60 feet from the test truck before the video she was streaming began to buffer.

OnStar makes no claims as to the range around the vehicle owners can expect Wi-Fi service, but in our very casual testing, my daughter was able to watch a video up to 60 feet (rough estimate) away from the truck. No doubt there are countless variables that might affect that range, but for a group of people tailgating within a couple yards of the vehicle, the hot spot should prove effective.

Predictably, data does not come free. Customers of AT&T can simply add their vehicle to an existing cellular plan for a monthly $5 fee. Other users will need to purchase data plans from OnStar. Note that data is, in some cases, discounted for OnStar telematics services subscribers.

Another note about data: Kids can rip through your streaming allotment. Per AT&T, streaming a single two-hour movie will consume just over half a gigabyte (GB) of data. So, if you expect your young’uns to be watching a lot of video in the car, you’ll want to opt for one of the higher-value data packages.

It’s worth noting that other automakers have dipped their toes into the rolling hotspot waters. Many Fiat Chrysler Automobiles vehicles equipped with the company’s Uconnect system include a 3G system activated via a Mopar Owner Connect subscription. Audi also offers a factory Wi-Fi system on several of its models.

While I’d rather the family would spend time chatting with me when we hit the road, it’s comforting to know that my daughter can now watch Doctor Who/Totoro mashup videos without having to suffer the horrors of buffering. 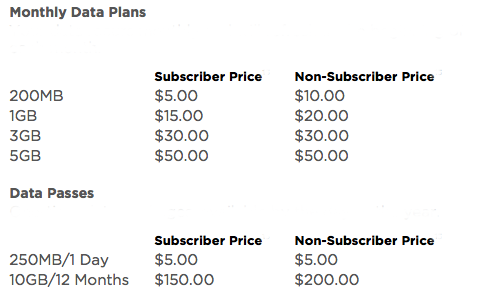 Data pricing does not include applicable taxes.