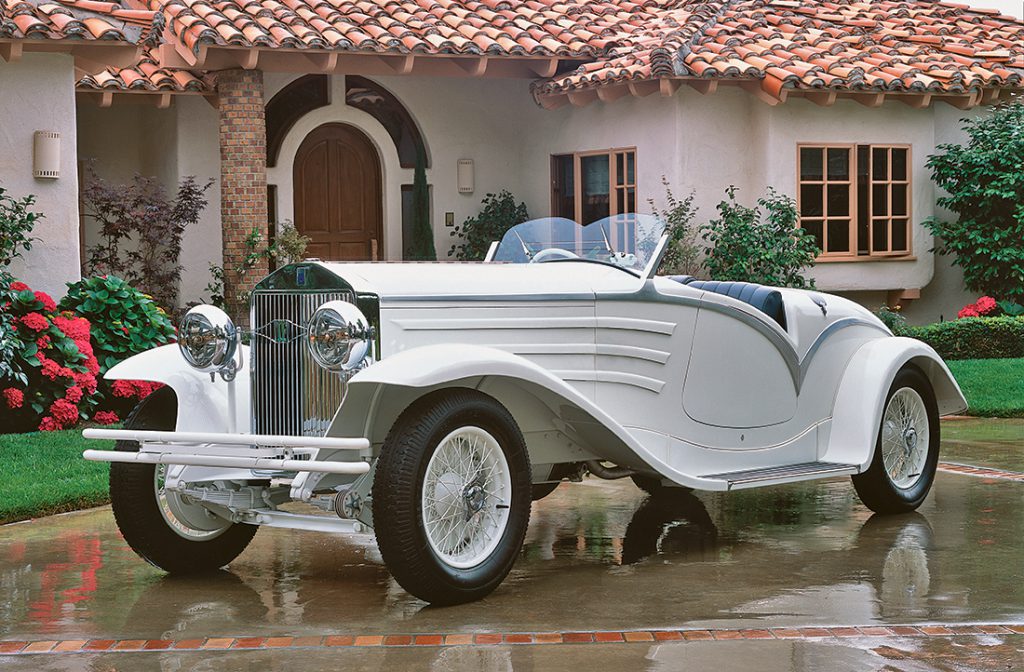 Note: The following story was excerpted from the June 2007 issue of Collectible Automobile magazine

The Italian automaker was best known for its big eights of the Twenties and Thirties, but Isotta Fraschini also built a broad range of sporting machines before World War I and was active in racing. In 1910, it was among the first to put brakes on all four wheels; most other makes didn’t offer four-wheel brakes until the mid Twenties. 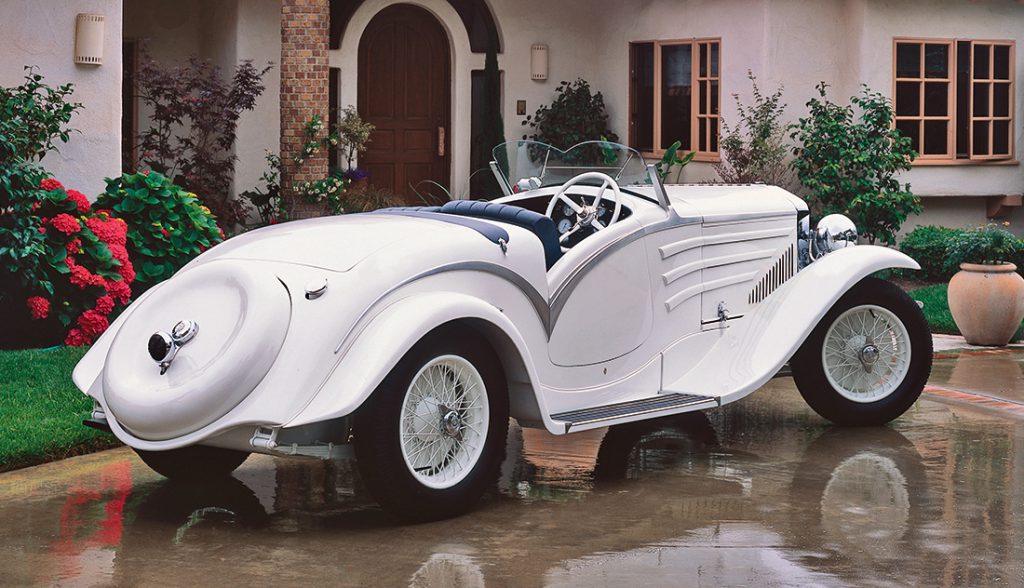 After the Great War, Isotta changed course and offered a single luxury model powered by the first production straight eight. Luxury-car buyers wanted smooth, flexible multicylinder engines, but the early V-8 engines had vibration issues. Until V-8 technology advanced, straight eights were smoother and dominated the luxury-car market between the wars. Isotta’s 5.9-liter eight with overhead valves developed 80 hp in the Tipo 8. In 1925, capacity was increased to 7.3 liters for the Tipo 8A and horsepower rose to 110-120. The power ratings are deceptive because there was also a tremendous amount of torque. The big Isotta could creep along at four mph in the top gear of its three-speed transmission, and first gear was seldom needed as the car could easily launch in second. Top speed was more than 85 mph, and acceleration was strong. More important to Isotta’s clientele was the eight’s smoothness and reliability. 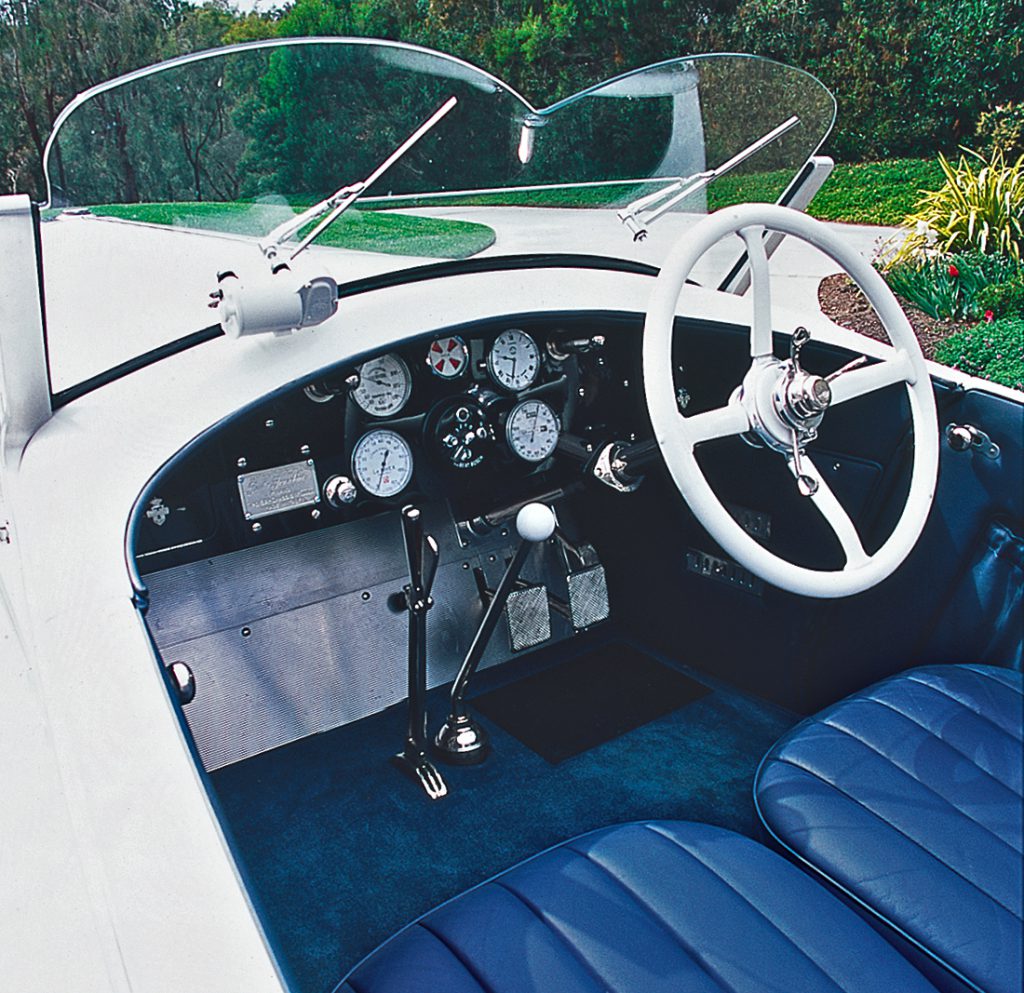 Isotta Fraschini competed with Rolls-Royce and Hispano-Suiza in the super-luxury market. Isottas were as meticulously crafted and as well finished as their lofty competition. But it was the long hood and Italian coachwork on a standard 145-inch wheelbase that really set Isotta Fraschinis apart from other luxury cars. With the American economy booming in the Twenties, a third of the 1480 Isotta straight eights were sold here. An 8A chassis cost $6500 and custom bodies started at $6000, although a complete car could exceed $20,000—this when Lincoln’s 1929 offerings topped out at $7400. 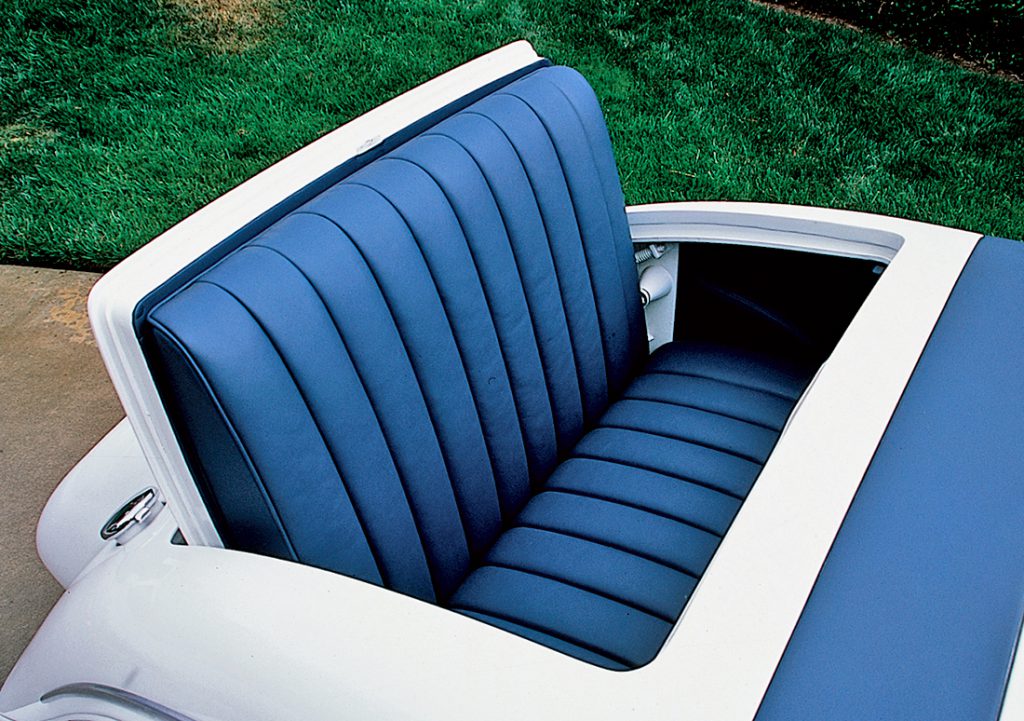 In 1928, the company began to concentrate on  aircraft engine production. Then the 1929 stock market crash killed the lucrative American market. Dwindling car production ended in 1935. Prototypes for a rear-engined V-8 car were shown after World War II, but it was not put into production. 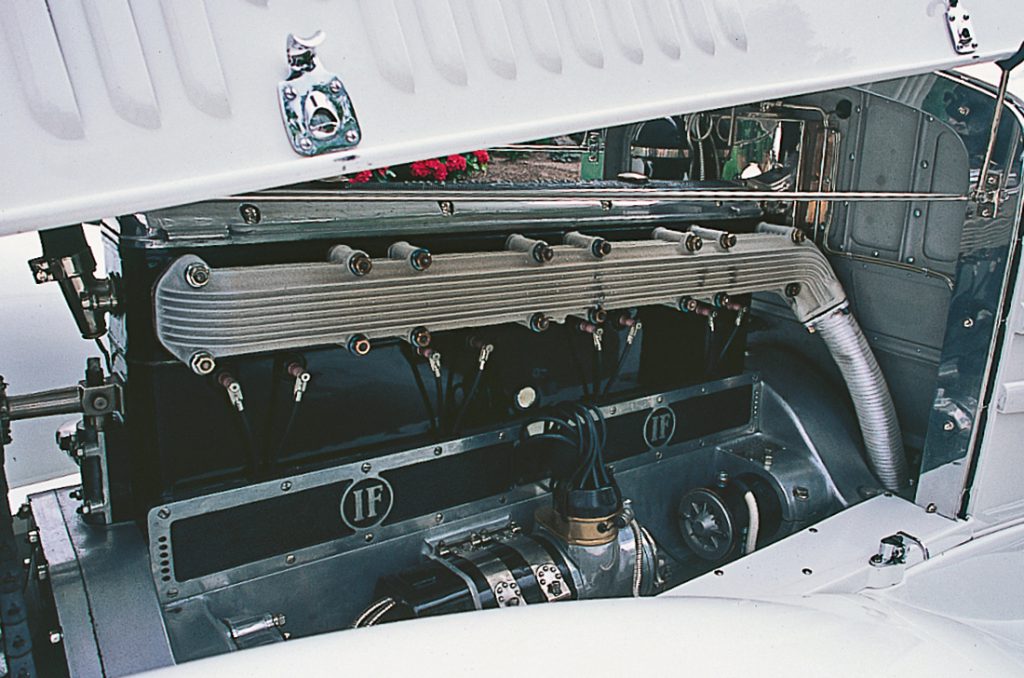 In 1931, Carrozzeria Touring built a striking Flying Star roadster on a short 135-inch 8A chassis. The car seen here originally had a coupe body, but that was replaced by an Australian reproduction of the Flying Star. It is owned by Paul Emple of Rancho Santa Fe, California. Mr. Emple says he often drives the car, which took second in its class at the 2001 Pebble Beach concours.

What of the original? Rumor has it that when last seen, it was being driven by Italian dictator Benito Mussolini and his mistress.