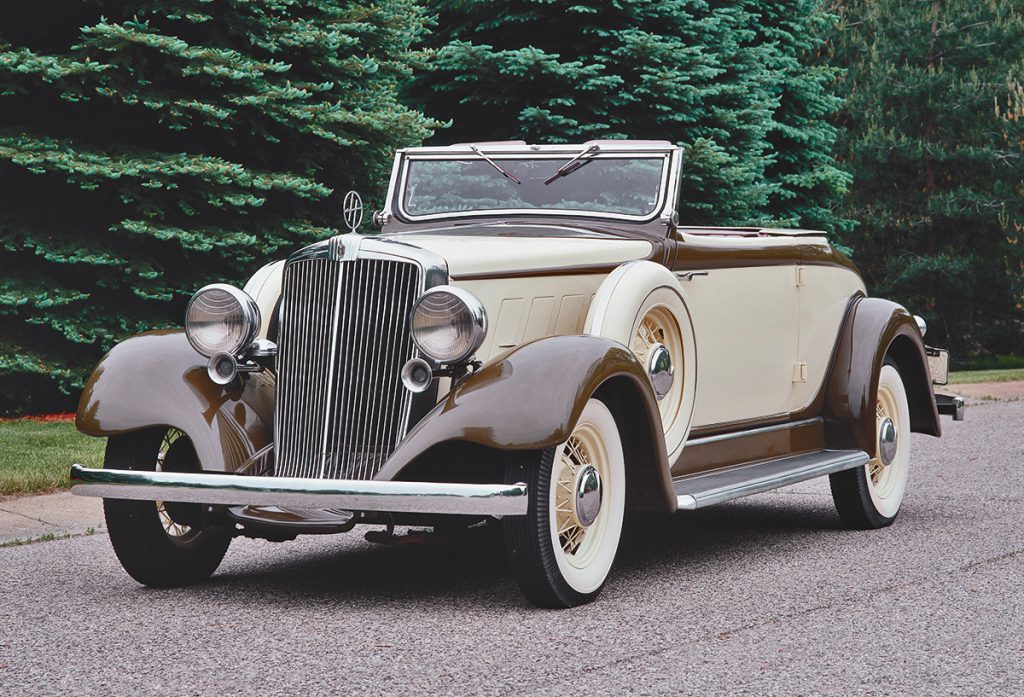 Note: The following story was excerpted from the April 2004 issue of Collectible Automobile magazine.

The automobile was meant to foster travel and, by golly, here’s one that has. The Hupmobile convertible coupe featured on these pages has been to Australia and back during its lifetime. 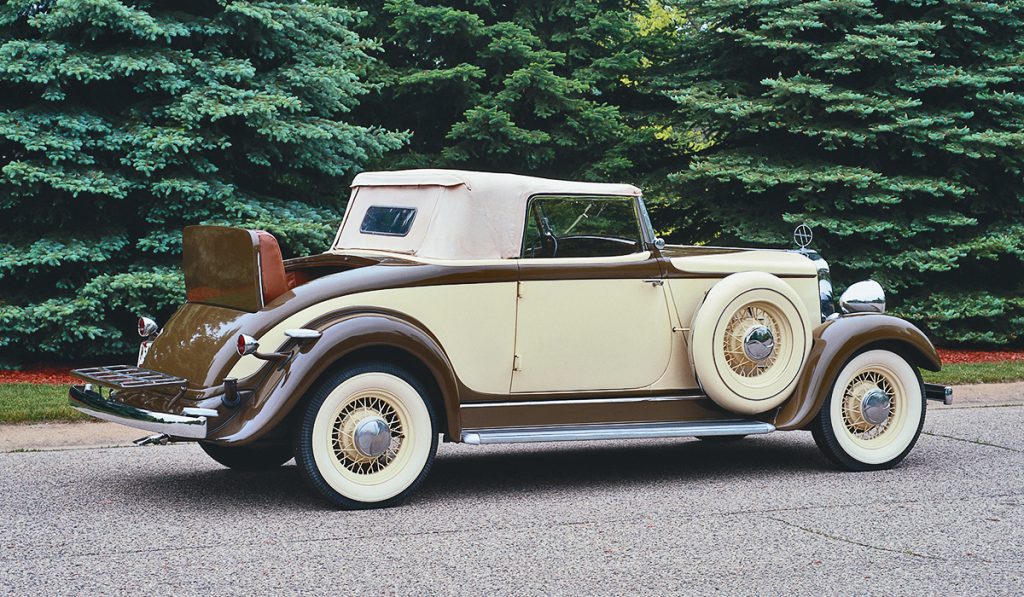 According to owner James Godo, of Traverse City, Michigan, this K-321 ragtop was sent Down Under when new.  An export model, it once had right-hand drive, but was converted to left-hand steering in the early Nineties. The effort apparently was worthwhile: The owner says his restored example is one of just five K-321 convertibles known to exist. 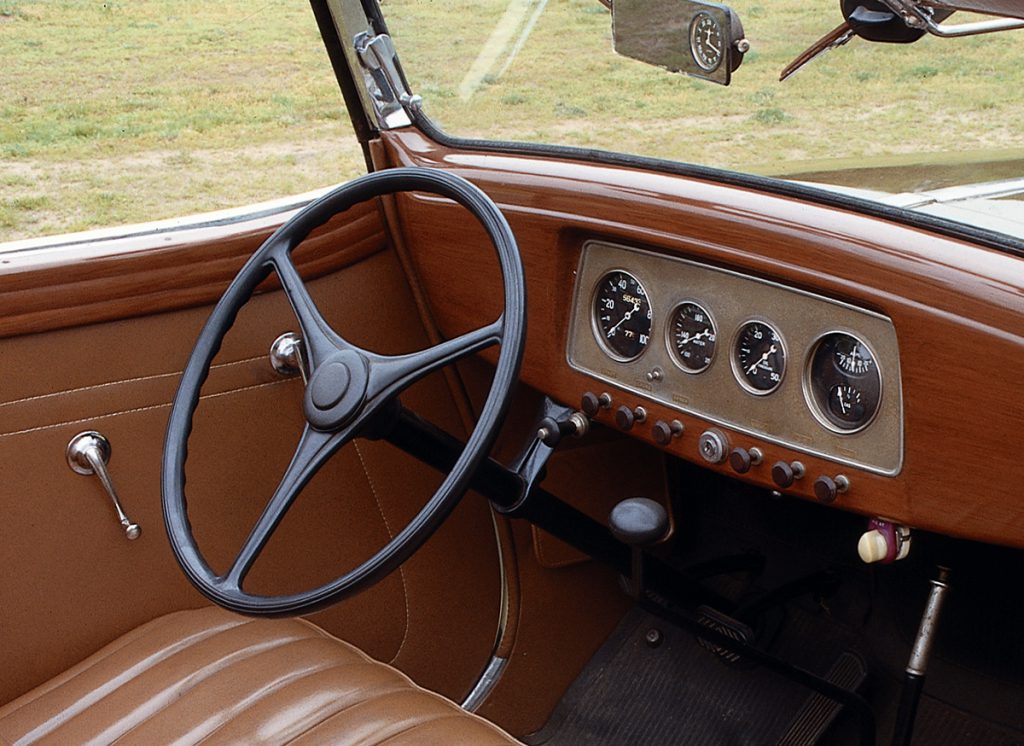 Mr. Godo’s Hupmobile has things other than rarity going for it. As one of the “cycle-fender” Hupps (so named because of the way the shape of the front fenders follows that of the wheels), it  has the distinction of bearing the first car design attributed to famed industrial designer Raymond Loewy. 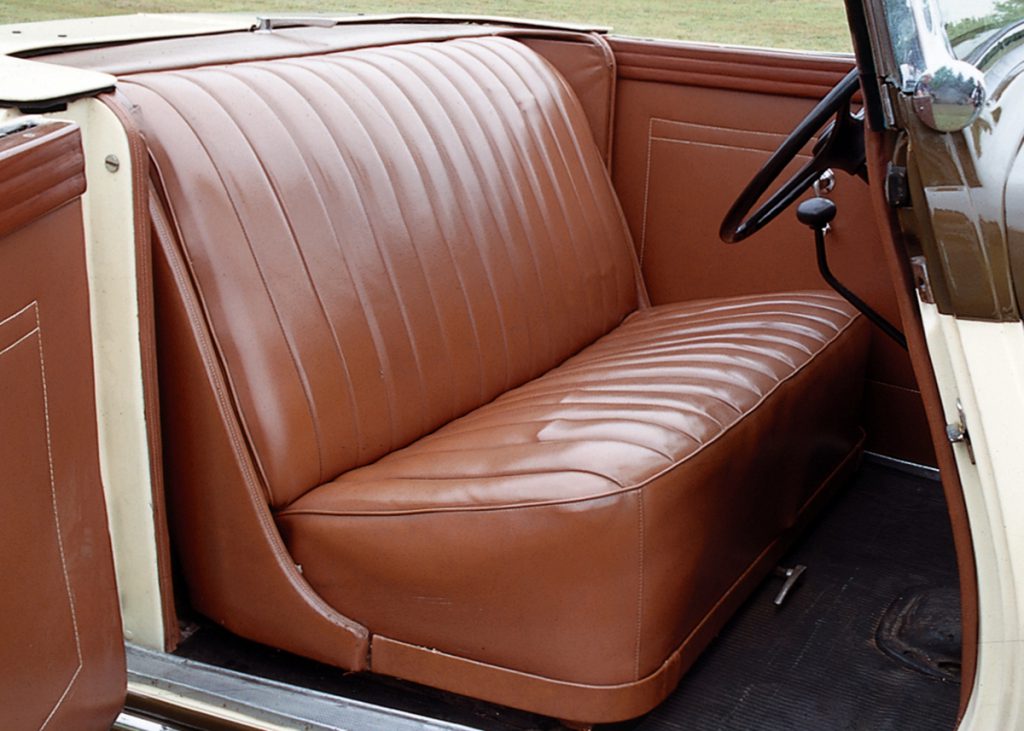 The look—which the Hupp Motor Car Corporation termed “form-fitting”—actually made its debut in 1932 on two new lines of eight-cylinder cars. After Loewy first approached the company in 1931, he followed up by commissioning  a car that incorporated his ideas. Hupp management liked what it saw and ordered the design into production for its “second-series” cars that first appeared in January ’32. Aside from the cycle fenders, key points of the design included a vee’d radiator grille and a slight windshield rake.

The F-222 and I-226 eights had a six-cylinder companion, but apart from adopting the new grille, it continued with 1930-vintage styling. This lineup carried over into 1933, but early in the year, the six-cylinder Hupmobile was replaced by a larger and more powerful car that now sported Loewy’s cycle- fender look. 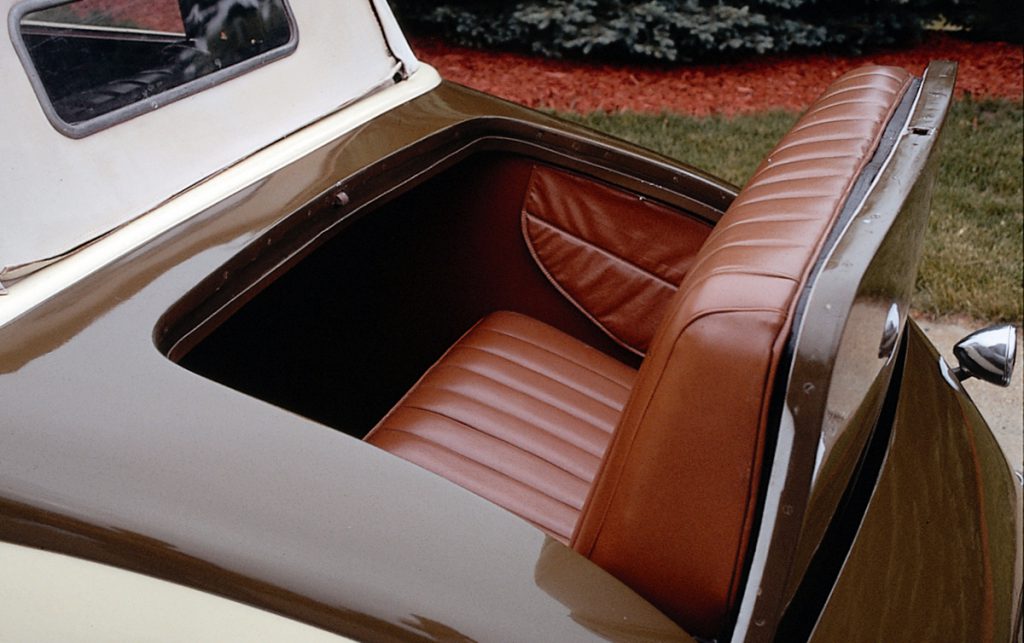 The K-321 series was built on a 121-inch wheelbase that was five inches longer than that of the B-316 it supplanted. The L-head 228-cid engine had the same bore and stroke as before, but power jumped by 20 percent—to 90 bhp—thanks to increased compression, better breathing,  a larger carburetor, and revised timing. Four models were offered: a four-door sedan, coupe with rum-ble seat, five-passenger victoria coupe, and the  convertible. Prices ranged from $995 for the sedan and rumble seat coupe to $1095 for the convertible. (A cheaper KK-321A series was added later.) 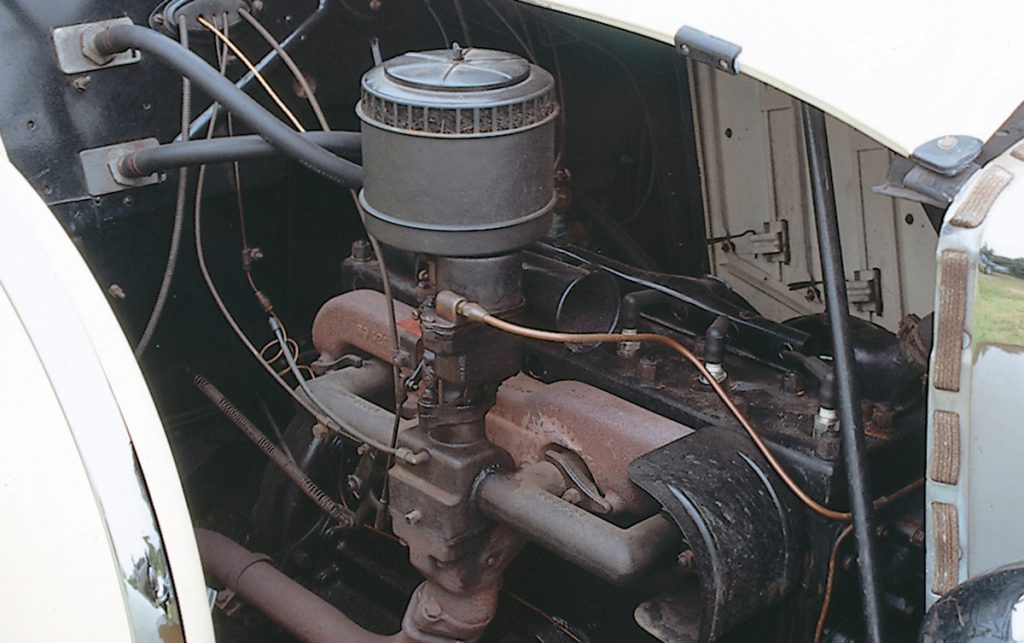 There were detail changes to the design for ’33. Most notably, the grille adopted  a slope and hoods were lengthened to cover the cowl. Hood vent doors,  first used on the larger eight-cylinder car in ’32, were extended to the smaller eight and K-321.

Despite its late start, the K-321 proved to be 1933’s most popular Hupmobile line with approximately 4600 made. Production continued into early ’34 (as the K-421) before another Loewy design, the sleek “Aerodynamic,” set a new tone for the marque. 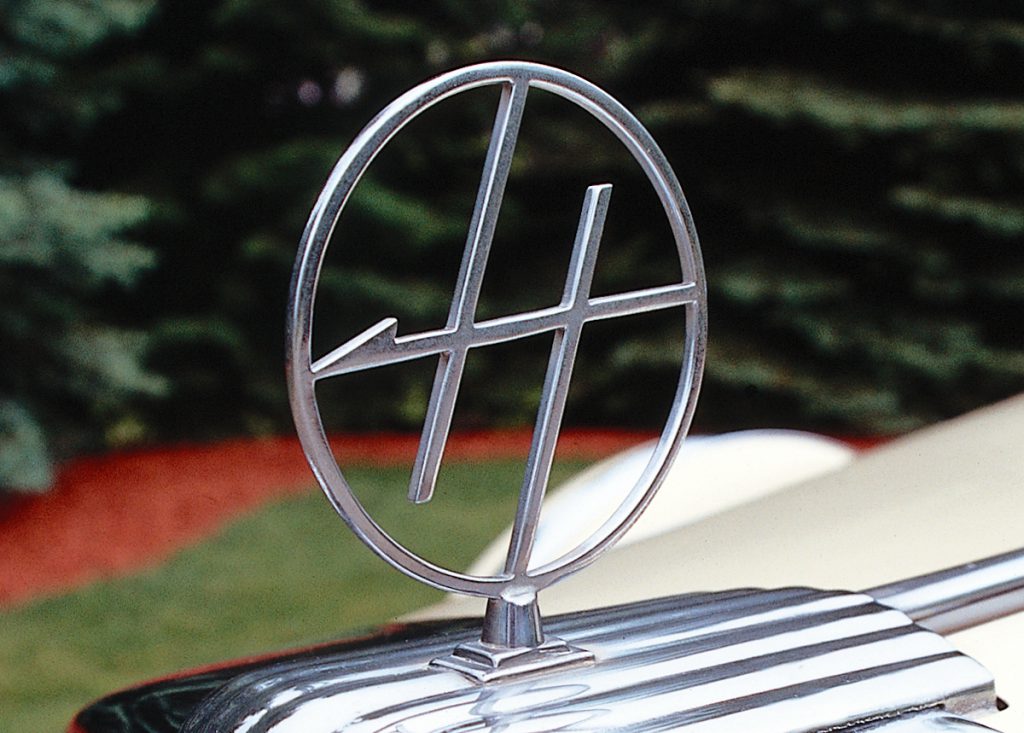