Note: This article is reprinted from the April 2014 issue of Collectible Automobile.

Chrysler had a somewhat odd relationship with the station wagon. The brand didn’t carry a factory sanctioned wagon until 1941-, later than practically every other wagon producer, and when it did, it was a vehicle that was a curious cross between a sedan and wagon with a wood body, sloping steel roof, and dutch-door tailgate.

This mixed-style hauler was named Town & Country and it continued in this form as a 1942 model, but didn’t return to the lineup after World War II. The Town & Country monicker stuck around, but it was applied to high-style “woody” sedans and convertibles.

It wasn’t until 1949 that Chrysler returned to the station wagon fold, this time with a conventionally constructed wood-slathered model in the low-line Royal series. A scant 850 of the nine-passenger vehicles were built, but that didn’t deter the division. For 1950, it offered two kinds of Royal wagons—a wood-trimmed version and a cheaper all-steel variant. Respective sales were just 599 and 100 units, but they did include one significant advance in wagon design, a rear window that retracted into the tailgate instead of having to be propped up as a separate assembly. 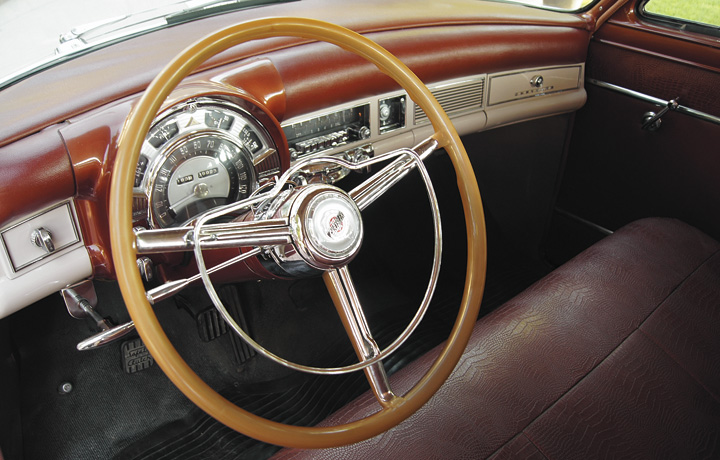 Just visible below, to the lower left of the steering wheel, is the “Safety Clutch’ pedal,  one clue that this Town & County is equipped with the Fluid-Matic 4-speed semi-automatic transmission.

As modest as sales were for T&Cs, Chrysler was in the station wagon business to stay. In fact, with the Royal gone, 1951 would see wagon offerings expand into the Windsor, Saratoga, and upscale New Yorker lines—and without a hint of wood.

By 1953, the year of our featured car, Chrysler was ready for fresh styling that featured more drawn-down hoods and wide, curved undivided windshields that imparted a lighter, more airy look. However, while sedan fenders looked more of a piece with the rear quarters, wagons still had obviously separate bolt-on fenders.

Town & Countrys were offered two ways: as a six-cylinder Windsor or as a V-8 New Yorker. In either case, they rode a 125.5-inch wheelbase and seated six—though a removable seat for children (the sales catalog showed it placed all the way at the back of the cargo compartment) was available at extra cost. With the split-folding second-row seats folded down, there was a cargo floor 75 inches long and 47 inches wide, and dropping the externally hinged tailgate extended floor length to a maximum 116 inches. 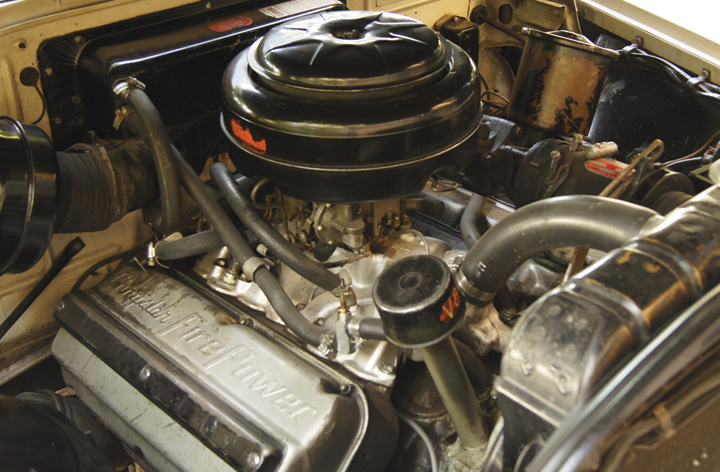 While Windsor wagons made do with six cylinders, the New Yorker Town & Country boasted Chrysler’s hemispherical-head FirePower V-8. The 331-cubic-inch engine was rated at 180 horsepower.

The $3259 Windsor T&C accounted for 1242 sales, but 1399 customers laid out an additional $639 to step up to the New Yorker wagon. Why not, considering that the extra money bought the sensational 331-cid hemispherical-head “FirePower” V-8 that made 180 bhp and 312 pound-feet of torque.

This original-condition 1953 New Yorker Town & Country is owned by John White of Sacramento, California. Its “hemi” powerplant is hooked to a four-speed semiautomatic transmission dubbed Fluid-Matic. Vacuum-assisted power brakes were standard, but the car’s power steering cost extra. So did the two-tone paint, radio, heater, and wire wheels. Standard size for the four-ply tires was 8.00X15.