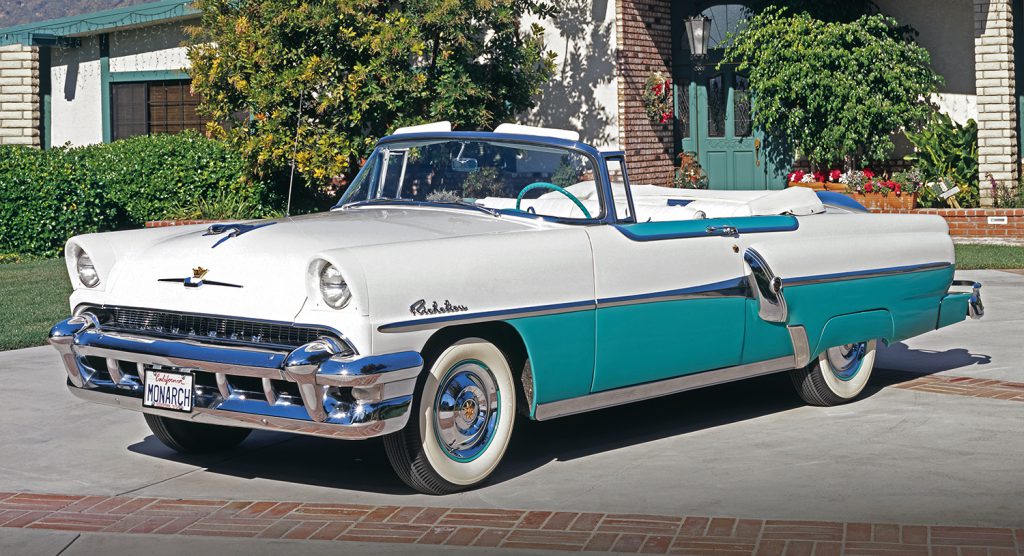 The population of Canada in the Fifties was less than 10 percent than that of the United States, yet Ford Motor Company sold up to six brands of cars in Canada. For as odd of an idea as that sounds, there was a reason for it.

Small Mercury dealers needed a lower-priced car to prosper. For them, the Meteor was created—essentially a Ford with unique trim. Meanwhile, Canadian Ford dealers wanted the ability to move customers up to a more expensive car. They could take on a franchise for the Monarch, a Mercury with trim and price variations. (Lincoln sold in small numbers and didn’t get a Canadian alter ego.) Other American makes offered special models or variations of their brands for the Canadian market, but only Ford launched Canada-only nameplates. 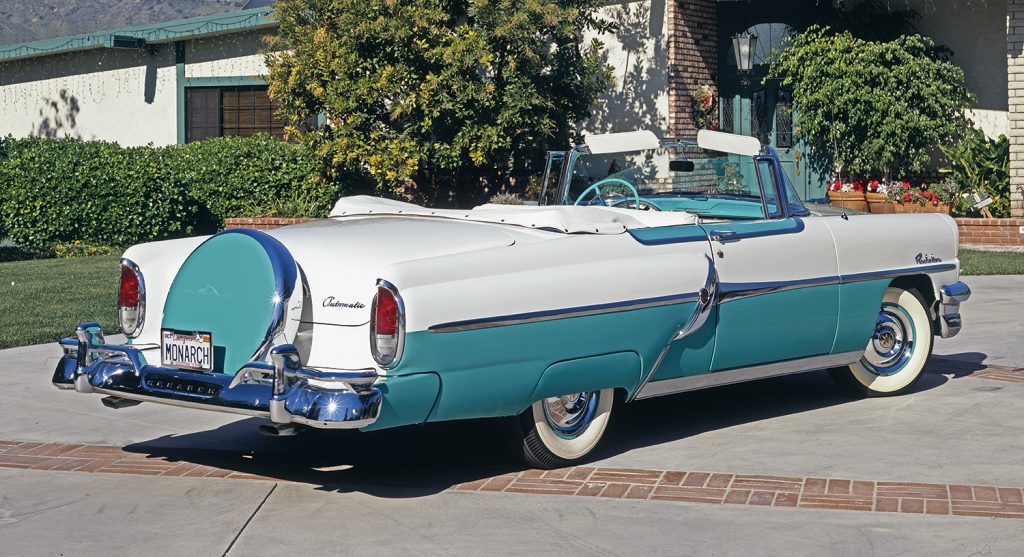 Monarchs were built from 1946 to 1961, although they skipped 1958 to make room for Edsel. (Nineteen fifty-eight was a recession year noted for garish styling that other makes might have liked to skip too.) Monarch outsold Mercury in Canada for much of its lifetime.

When Mercury was restyled for 1955 with more Lincoln-like appearance, per custom Monarch shared its new sheetmetal too. That same year, Mercury gained a new line-topping Montclair series—probably named for an upscale New Jersey suburb. Monarch’s corresponding Richelieu took its name from a tributary of the Saint Lawrence River. The Richelieu differed from the Montclair with a unique front bumper, grille, hood ornament, side trim, and badging. Both makes listed a convertible only in these top-trim series. 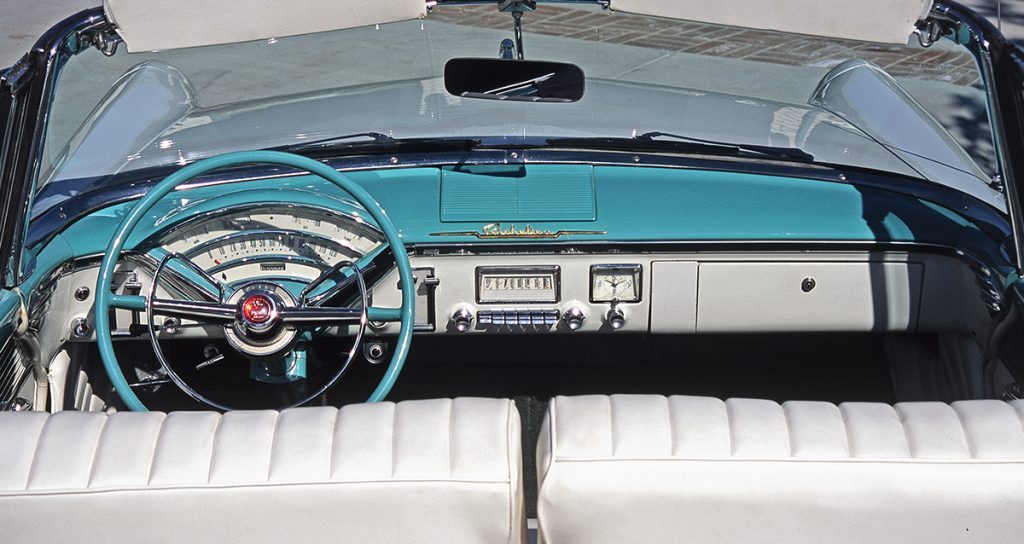 The Mercury/Monarch engine was a 292-cubic-inch V8 that developed 188 horsepower with a 7.6:1 compression ratio or 198 with 8.5:1 ratio. The more powerful engine was standard on Montclairs with automatic transmission, but it was optional on Richelieus with an automatic. Mechanix Illustrated’s Tom McCahill tested a Montclair hardtop and sprinted from 0 to 60 mph in 12.8 seconds. He achieved a top speed of 106-108 mph. Similar performance could be expected from a Richelieu convertible. Mercury/Monarch had improved suspension for 1955, and Motor Trend proclaimed Mercury one of the best handling cars of that year. 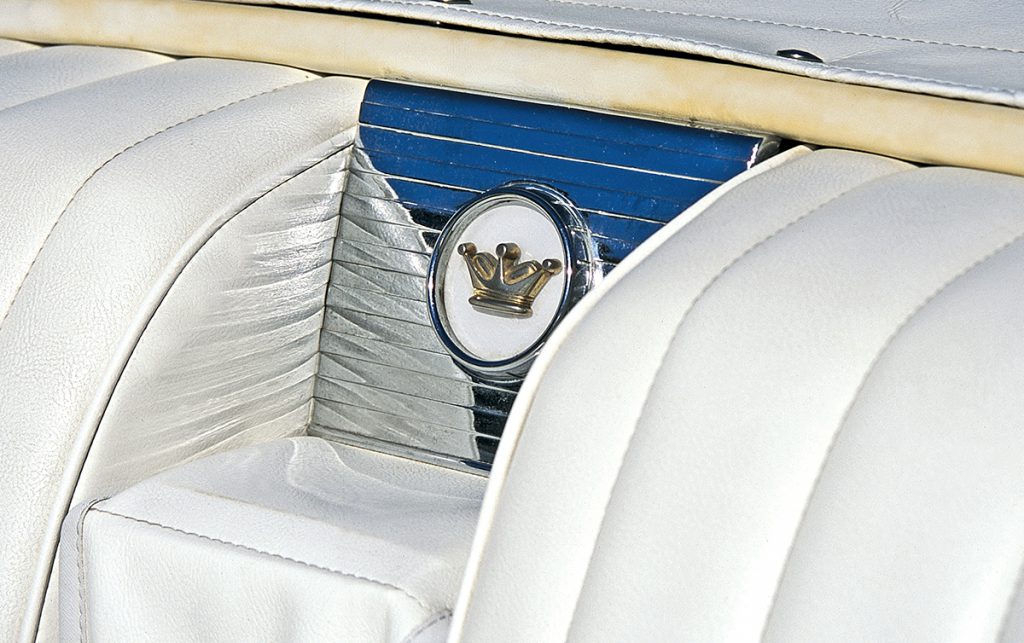 Monarch had its best year with the stylish and powerful ’55s. With 9623 units built for the calendar year, Monarch outsold Mercury in Canada. However, perhaps only 163 convertibles were built that year and it’s estimated that only five remain.

Our Photo Feature 1955 Monarch Richelieu convertible, owned by Dave Shelton of Santa Paula, California, is one of the rare survivors. It wasn’t easy hunting one down. Shelton, a Canadian who grew up north of International Falls, Minnesota, moved to California in 1963. In later years he tried to find a ’55 Monarch convertible. Then, after 15 years of searching, a newspaper article led him to the car in Fort McMurray, Alberta. According to the article, celebrity disc jockey Wolfman Jack had tried to buy this very Monarch, but the owner refused to sell. However, the owner changed his mind when Shelton offered to buy the car. 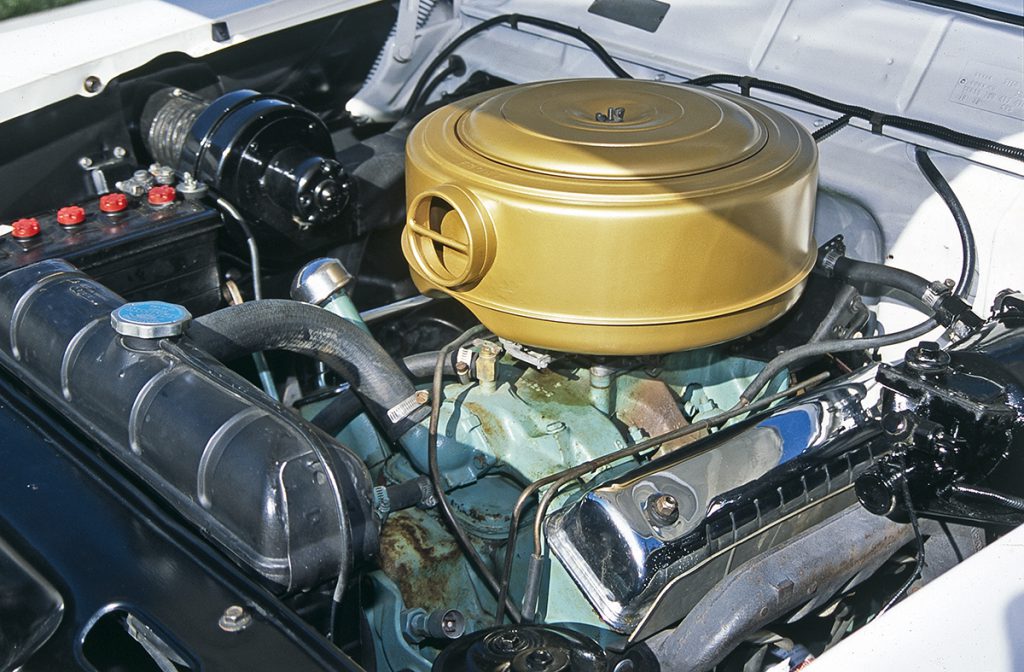 The Monarch had been restored before Shelton bought it, albeit with the wrong upholstery, which has since been replaced with correct material. He says this car drives like new, and he should know. At age 19, Shelton had a new red and white 1955 Monarch Richelieu convertible. 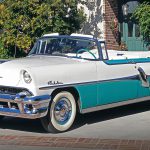 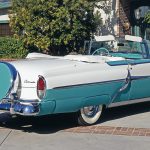 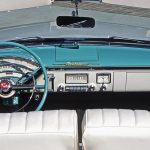 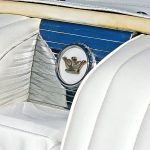 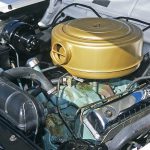 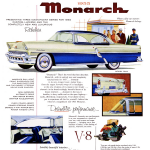