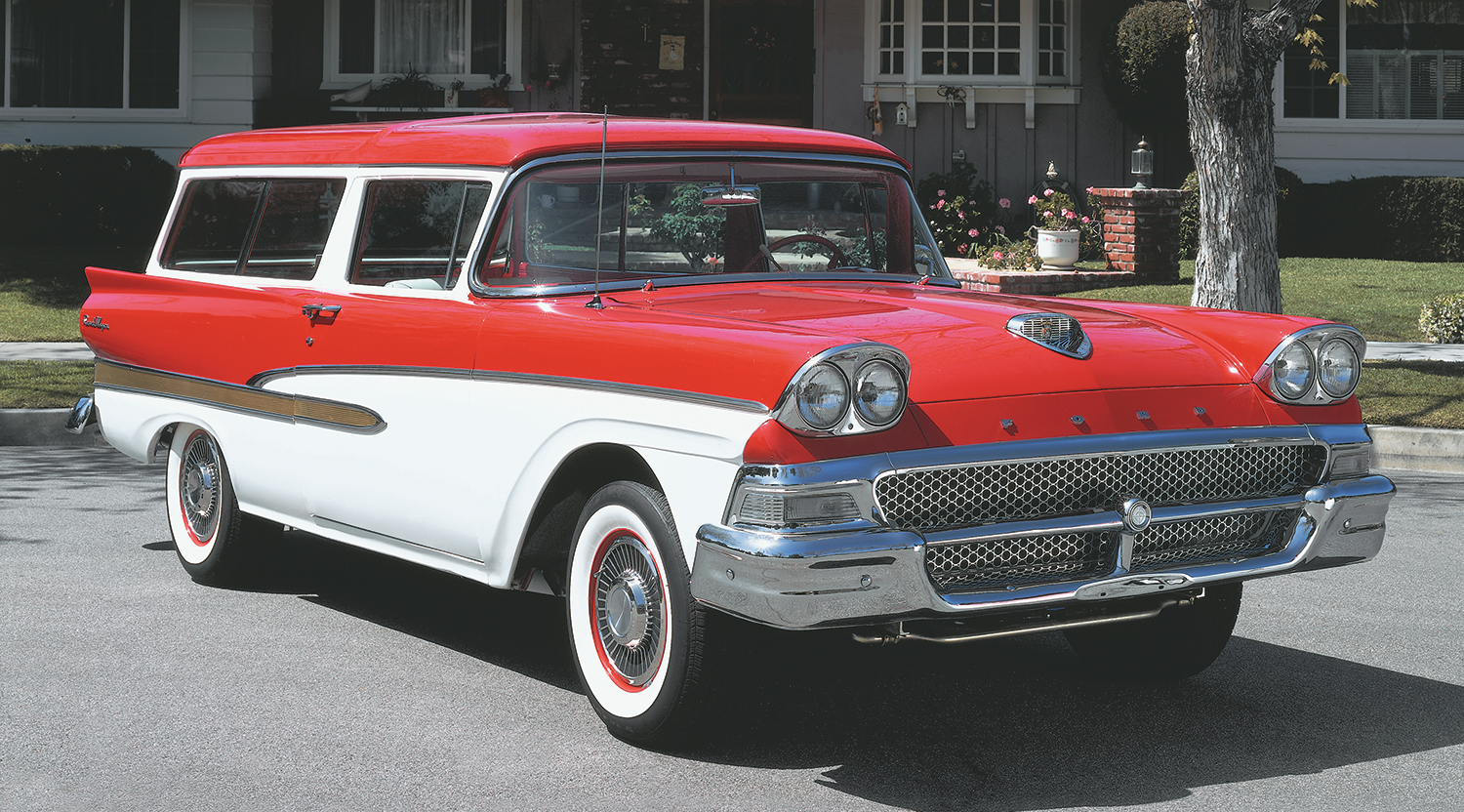 Note: The following story was excerpted from the February 2004 issue of Collectible Automobile magazine

The American station wagon has had many transformations over the years. It went from being seen as a commercial vehicle to being accepted as a passenger-car style. Wood body construction gave way to steel. And though four-door convenience made the most sense for such a vehicle, two-door wagons enjoyed a brief heyday that peaked in the mid Fifties.

Perhaps the most famous two-door wagon was the 1955-57 Chevrolet Nomad. It boasted show car-inspired roof styling and top-end Bel Air-series appointments. In the nature of their market competition of the day, anything that sales leader Chevy had, Ford wanted too. While Ford wasn’t willing to create special bodywork for a custom two-door, it did fashion a premium model out of its basic Ranch Wagon.

When Ford went to all-steel wagon bodies for 1952, the Ranch Wagon was the entry-level model, albeit a popular one. Two years later, the midlevel Customline series added a Ranch Wagon companion to its four-door Country Sedan. Then, in ’56, with the Nomad on the market, Ford fired back with the Parklane. It featured high-end Fairlane trim inside and out on a Ranch Wagon body. Its base price was $180 less than the Nomad’s, and it outsold the fancy Chevy by about 2-to-1, though that came to just 15,186 cars. 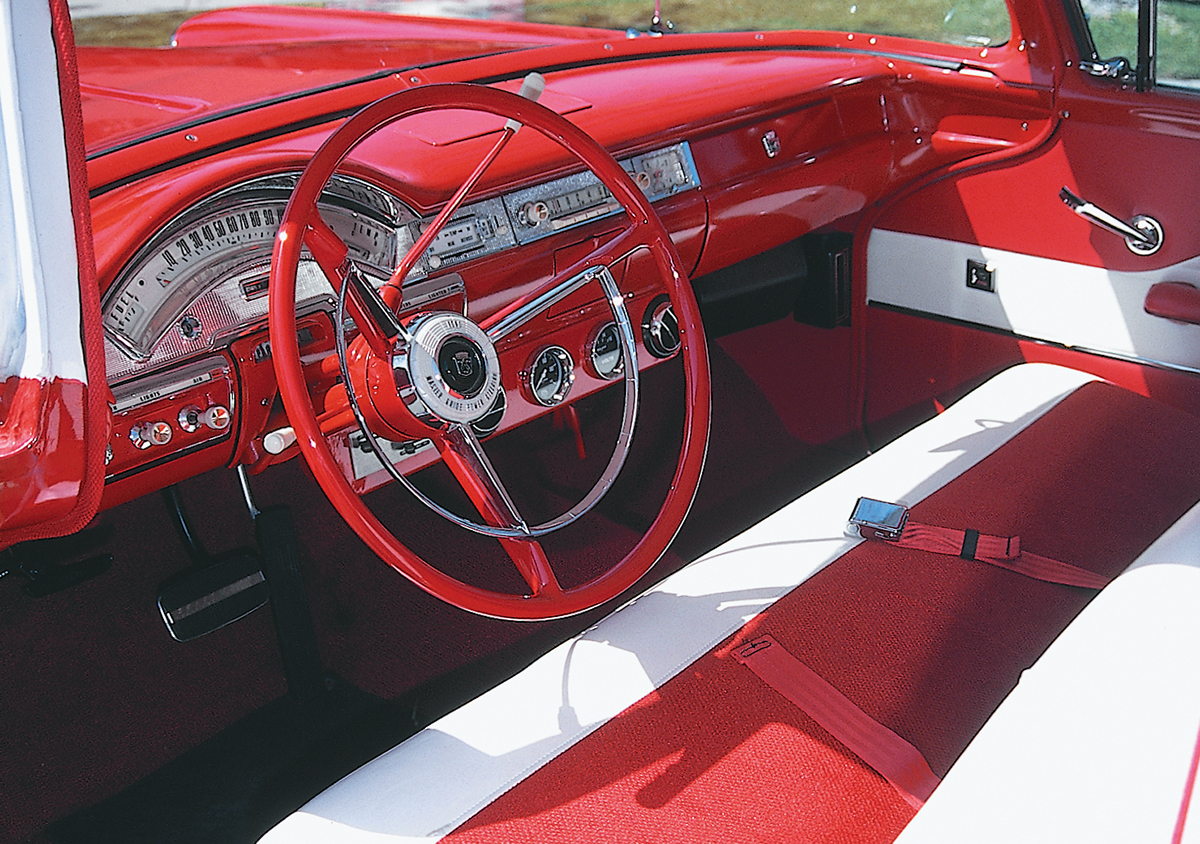 Fords got all-new styling on a brand-new chassis for 1957. The Parklane didn’t return for ’57, but there was something called the Del Rio Ranch Wagon. Featuring the gold-anodized side trim of two-toned Custom 300 sedans, plus interior materials to match, it was a sort of cross between the Parklane and the former Custom Ranch Wagon. 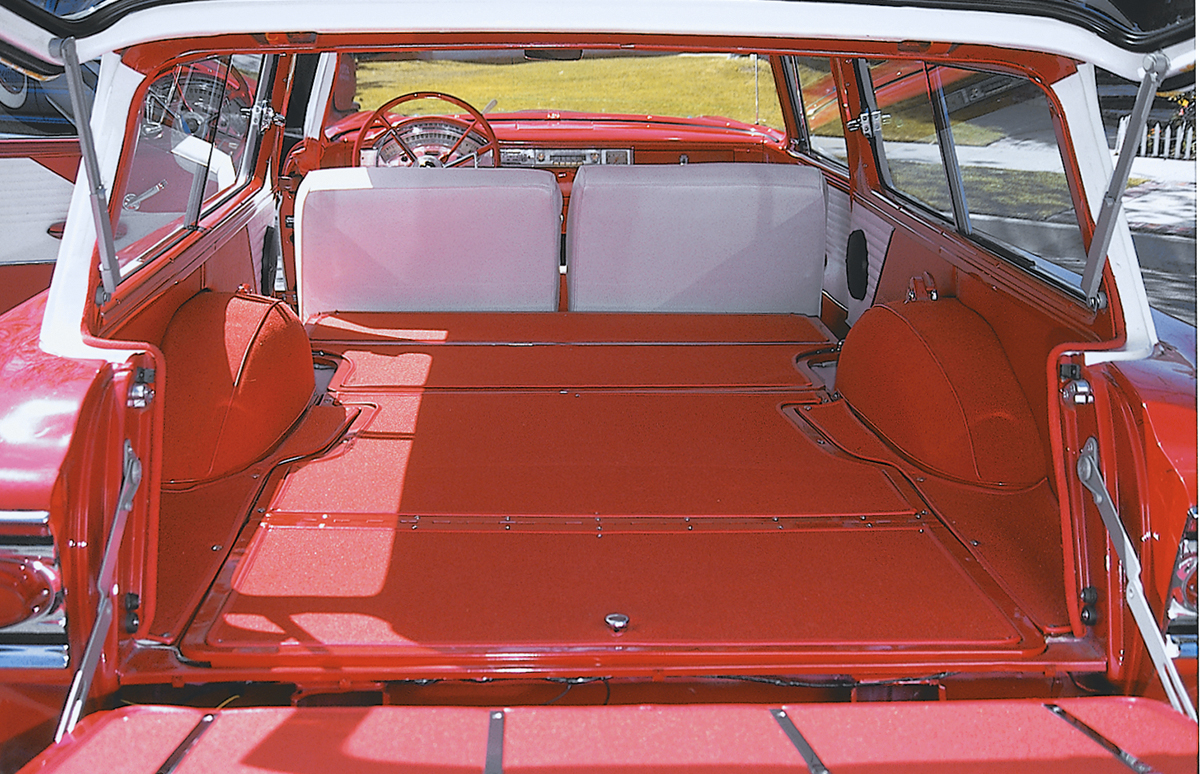 Tom Turner’s restored Del Rio Ranch Wagon seen here represents the reclamation of one of those relatively few ’58s. (To compare, even in a down sales year, Ford still made 89,000 four-door Country Sedans.) It was pulled out of a junkyard as essentially a body and frame, then treated to a four-year restoration. Afterward, Turner says he regularly drove the wagon from his home in Orange, California, to his job in Los Angeles for a time.

Having started with so  little, Turner was able to make the car what he wanted it to be. A new family of V-8 engines swept in for ’58, topped by a 300-bhp 352-cid mill with a four-barrel carburetor. Turner installed a 352 in his Del Rio, although it’s a two- barrel version from later years. The transmission is  a three-speed Cruise-O-Matic automatic, another new option for 1958 Fords.

The steering-wheel hub advertises the presence of Master-Guide power steering, and Turner has added power windows. He’s also included an aftermarket air conditioner. The paint is a close match to the Colonial White and Torch Red of the period.